Waking up at around 9am for school isn’t too bad. What’s actually horrible is waking up realizing that you have been sleeping in a fridge because the window wasn’t closed the night before. But oh well. Putting on a light jacket, I make a simple breakfast with the basic kitchen in our AirBnB. Those of us living in the house have different classes and schedules on most days, meaning that we get up at slightly different times – so it’s not unusual to leave the house without seeing anyone until dinner.

Heading out of the house, there are two main parts of our journey to school. First, a short 15-minute walk, followed by about 15 minutes on the light-rail system, which drops us off directly on campus. We live relatively far compared to the other students – partially due to the fact that the results of our exchange application is quite late compared to that of other schools, meaning that we don’t have an opportunity to apply for hostels / better places on campus.

Morning walks are quite refreshing. Strolling to the light-rail station, you pass a few quaint little houses, and a few small shops and eateries. On colder days, this is the worst part of the commute, since the chilling winds have plenty of time to batter your face.

The light-rail provides a new experience compared to the MRT system that we have here in Singapore. First and foremost, it was actually relatively new, opening only a few months before we arrived in Waterloo. It could be thought of as an LRT here in Singapore, but with tracks running alongside roads, instead of being off the ground. One thing worth noting is that every student in Waterloo receives free public transportation, whether it be on the light-rail system or the bus network, which definitely did come in handy for us.

The light-rail system is what you would expect from public transportation, people just trying to get to places where they need to do. One thing that stands out to me though is that there were few instances where the driver of the train would come onto the intercom and cheerfully wish the passengers to have a good day ahead, which I think is a nice gesture and a testament to the general “niceness” of the Canadians. When getting on and off a bus, the common courtesy is to greet and say “thank you” to the bus driver – which you would be hard-pressed to find here in Singapore. 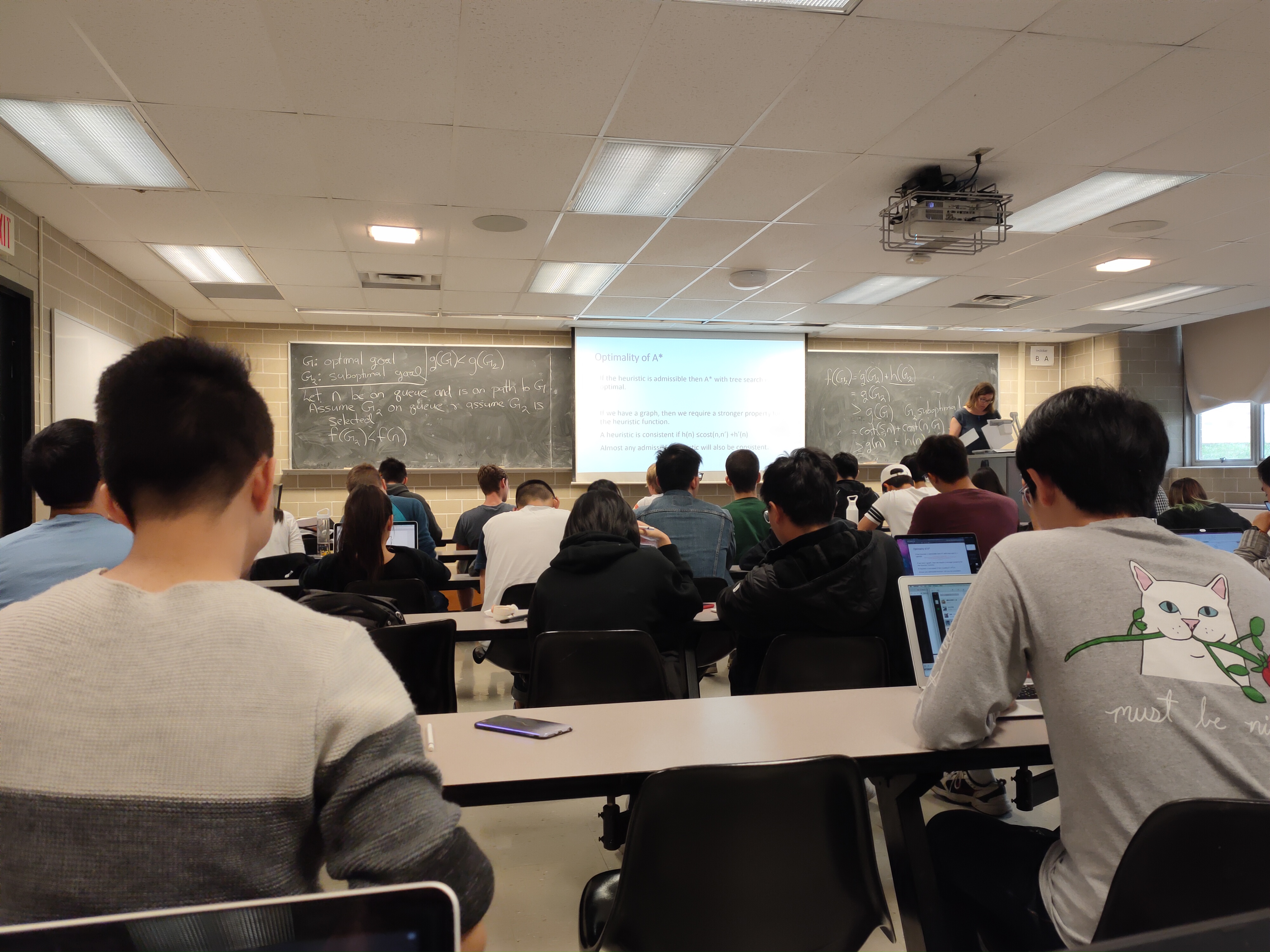 On campus, lectures and tutorials are what you would expect them to be like. Perhaps in a way more of like how one would think lectures and tutorials would work in a larger university like NUS or NTU, but there is nothing particularly interesting about the lectures and tutorials. In the colder or rainy days though, an interesting thing to see is that students will navigate the campus completely indoors to avoid the inclement weather. New students and those on exchange should not fear though – there is a handy phone-app that can direct you between any two points on campus while not stepping foot outside.

For lunch, some of us chose to meal-prep in order to save money. For us, we would find a nice place on campus to just sit down and have our meals. There are quite a lot of spaces to choose from, with there being many tables and chairs sprinkled around campus, as well as a few cafes with cozy sitting areas – although they can get quite crowded during meal times. On days where we were lazy to meal-prep though, you could always get a quick bite in one of those aforementioned cafes, or head slightly off-campus to one of the many eateries around the area. Although pricey, there are quite a lot of decent choices, including plenty of Chinese, Mediterranean, and Mexican places.

After a day of classes, we usually came together in the evenings for dinner in the house. There, we would try to come up with cost-efficient but yummy meals, and usually ate together while watching something on Netflix. In the evenings, we would usually either be either studying or chilling in the house. There were a few evenings where we invited some friends over for Jackbox or just to hang-out, which was always fun.

And just like that, another typical day on at Waterloo ends.