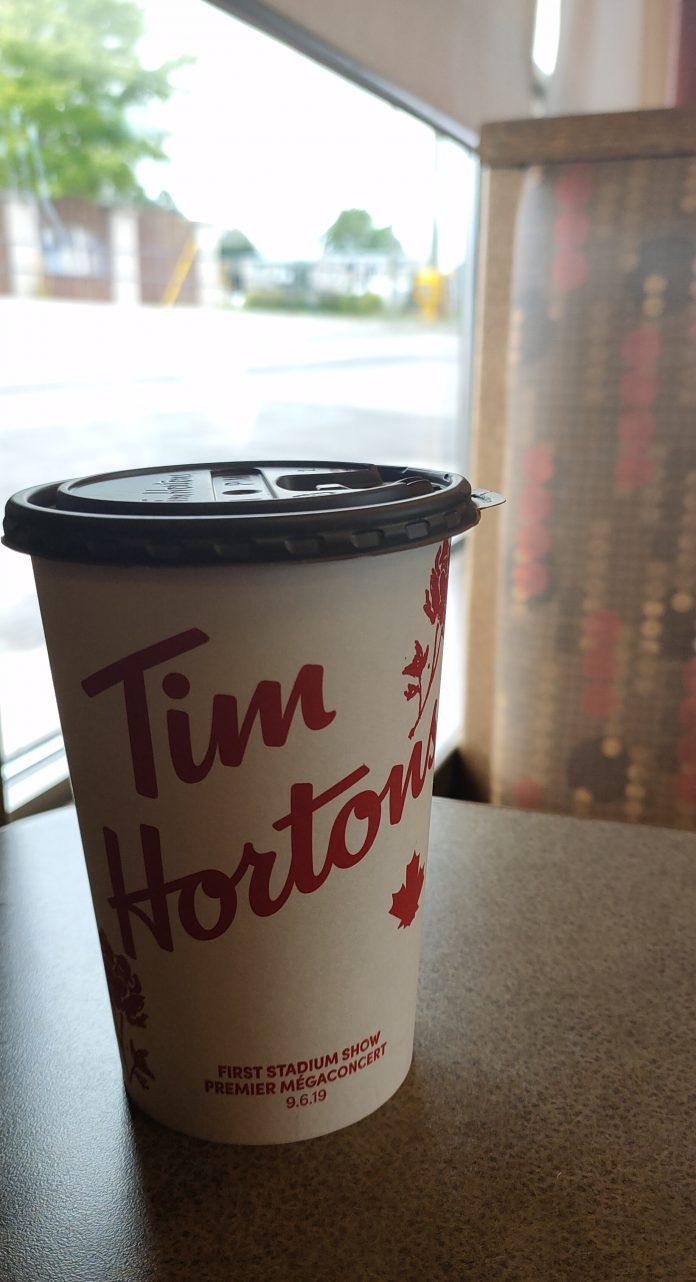 Surprisingly, once of the main places in Canada that I wanted to see for myself is the (in)famous coffee-chain, Tim Hortons. For not much other reason than its one of the few things so strongly associated with Canada in my mind. Although not a very exciting place, I did spend many afternoons studying there, and have recorded my thoughts into this post.

Something interesting that I found was that besides the library or other intentional study places on campus, Tim’s was one of the few reliable spots to just sit and either study or do work. The cheapest item on the list is probably the plain black coffee, at about CND 0.80, which is surprisingly cheap given Canada’s generally high cost of food – and was the perfect ticket for a quiet afternoon in a cozy space.

While being in Tim’s, one would expect to find different types of people at different times. In the mornings, there would always be a stream of people coming in to grab their morning cup before heading off to work. In the afternoons, its usually students congregating after class – with all the noise and shenanigans that comes along with them.

When the weather became colder, the differences between Tim Hortons and cafes in Singapore became more apparent. Tim’s became a refuge away from the coldness of the outside. In the evenings, there would always seem to be at least a few homeless people taking advantage of the warmth of the space, grabbing some coffee and maybe a donut.

Surprisingly, I spent quite a lot of time at Tim’s. It isn’t the cleanest or the most comfortable place, but it was decent enough for many things. The coffee was cheap, the food is palatable, the table was of a good height to do work, and people seemed to mind their own. I spent many days just studying, typing, and skyping there – a respite from the crowdedness of the school and the house.