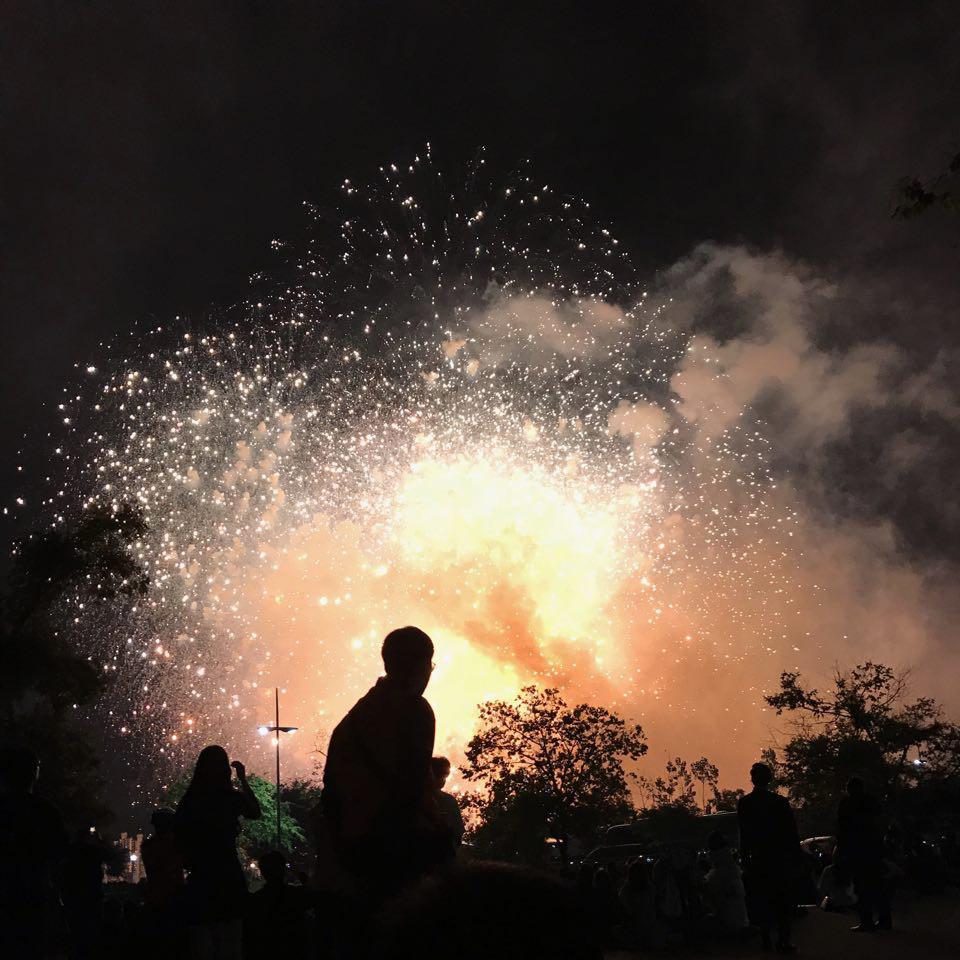 Time seems to fly faster than ever after touching down in Seoul. Can’t believe it has been more than a month since we have arrived and began our term at Hanyang University! Today I’ll be sharing with you some of the activities I’ve participated in since arriving here in this past month. 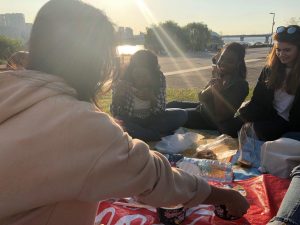 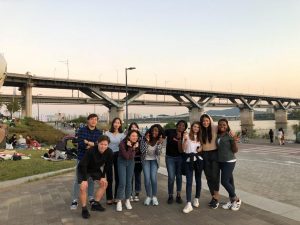 Thanks to Hanyang’s exchange buddy program, we have all gotten to make some amazing local friends here who have been so warm and welcoming to us. In this program, each local student is attached to about three exchange students. Five local students form a larger group so that exchange students in each of such big groups can get to know one another during buddy outings. After orientation, I have had a few meals with them and gotten to know more about the Korean culture as well as gotten useful advice from them, such as which places to go to get cheaper daily necessities. Recently, my buddy group went to the picturesque Ttukseom Hangang Park for a day picnic to hang out. Apart from the usual ice-breaking games, we got to play Go-Stop, or Godori which is a Korean traditional card game that is often seen in K-Dramas.

Thanks to my buddy, I got to know good places to go to when cravings for local dishes like the Korean ginseng chicken soup or samgyetang hits. She also suggested that I should head over to catch the Seoul International Fireworks Festival, which is an annual festival held in Seoul’s Yeuido Hangang Park. 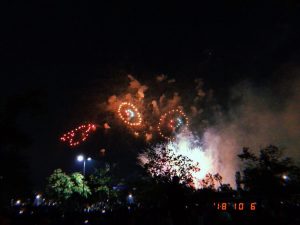 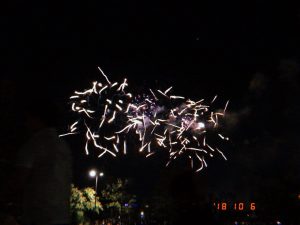 Held on 6th October this year, the festival lasted from 1pm to 9.30pm. I headed for the festival at about 4pm and there were many tents that were giving out freebies to participants of their lucky draws. I managed to get some free snacks and even a water bottle and a small towel. As with any popular events, roadside stalls in the park that sell street food tend to mark up their prices so it is recommended to bring food to the park rather than buy it there. While there were day fireworks, the highlights were still the night fireworks that spanned for about 1.5 hours, featuring spectacular firework displays by teams from Spain, Canada and Korea. The firework displays were the longest firework display I have watched and indisputably the most beautiful fireworks I have ever seen. If you ever get the chance to visit Korea in early October, this event is a must-go for. Apart from the dazzling fireworks, the jollity of the event is also what contributes to the entire experience of the festival as hordes of people with picnic mats and tents in the park cheer and applaud the show. After the event, however, be prepared to squeeze with the crowd. Some people choose to leave the festival slightly before it ends to avoid squeezing with people on the metro on their way back after the event. As a crowd control measure, the nearest metro station is closed for about an hour after the conclusion of the event so that there will not be overcrowding in the station. 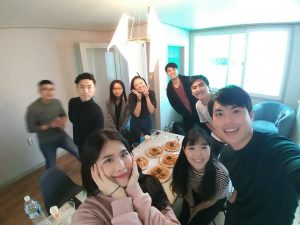 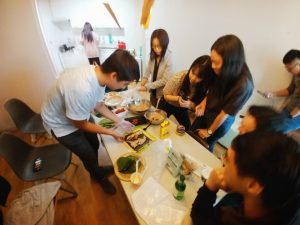 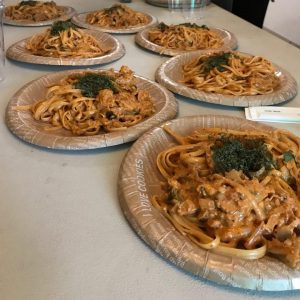 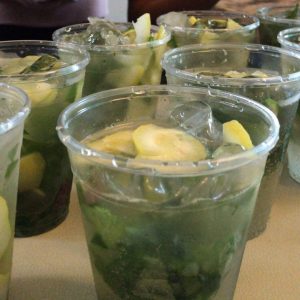 Our Airbnb host, Yundo, owns a company named The Mong and rents out properties he owns to foreign tenants, mainly exchange students. With the intent of getting to know more about his tenants and giving us an opportunity to meet new people, he organised Cooking Daylight, an activity where we gather to make some Korean food together. We started our day by heading to the emart (it’s like Giant in Singapore) together with for grocery shopping and gather the ingredients needed for making Kimchi Pasta, Gimbap, cocktails as well as getting snacks to last us through the afternoon. After having fried chicken that we also got from the mart as appetisers, we cooked Kimchi pasta, which was my first Korean-Western meal ever and it was A-MAZING. Although we usually find Korean food available in Singapore, such as K-BBQ or Korean Fried Chicken, I usually only see Japanese-Western fusion pasta around rather than Korean fusion food. Afterwards, we took turns to make Gimbap, which was a fresh experience for me as well. The day passed by in a blur as we filled ourselves with Gimbap, snacks and cocktails (concocted by a member of The Mong, which too, tasted incredible) as we gathered together to chat and know more about one another and also played games like charades. Overall, it was a wonderful experience and I am glad The Mong organised it. I am definitely going to try making Kimchi pasta myself when I return to Singapore.

Thanks for keeping up with our weekly updates, stay tuned for another post next week 😊