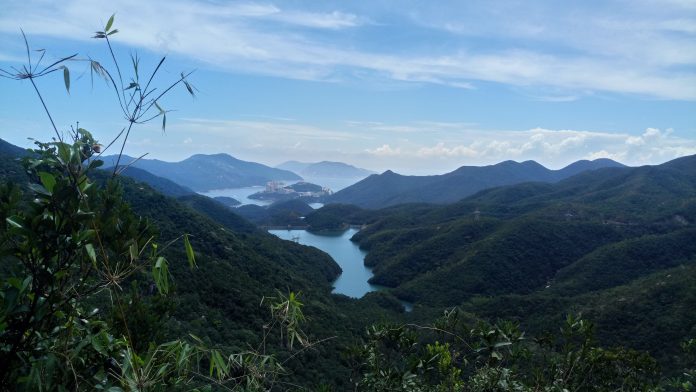 The entire trail is very well-maintained and provides scenic views of the Hong Kong Island. Given the lack of vegetation cover in some portions of the trail, the trail suffered minimal damage from Typhoon Mangkhut.

The weather that day was as hot as when I hiked Devil’s peak but with a much longer hiking distance. While it was gruesome having to hike under that weather, the majestic outlook as a result of the bright blue contrast makes our suffering worthy.

After meeting at Causeway Bay MTR, we took bus 5 from Sogo department store and alight at Wong Nai Chung Reservoir Park. The path that we planned to hike involves passing through Jardine’s Lookout (433m), Quarry and Mount Butler (436m) before hiking down Quarry Gap towards Quarry Bay MTR.

After the trail we reward ourselves with a bowl of tsukemen (ramen and soy sauce base) at Shugetsu which is near Quarry Bay MTR.

Throughout the trail, we are awarded with views from both the concrete and the nature aspect. On one side, we held a bird’s-eye view over the central city area while on the other side of the trail, we are surrounded by greenery from nearby hilly regions. This distinctive variation is unusual for me since I grew up in an entirely concrete environment. I am impressed by how the trail is able to connect the urban aspect of Hong Kong together with its valuable ecological aspect.