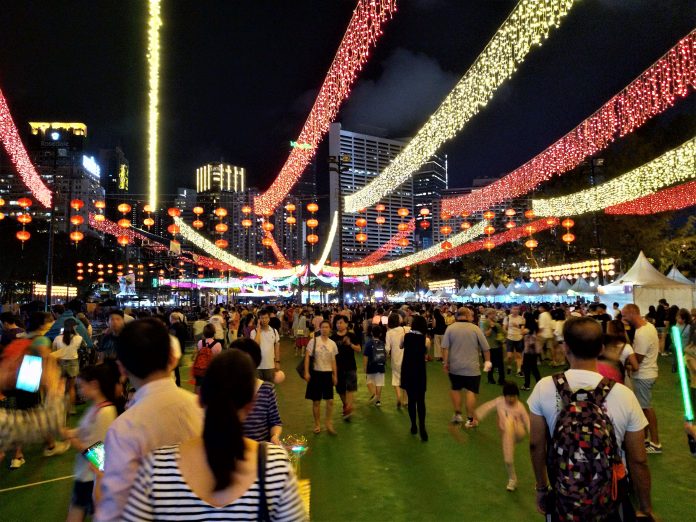 On Saturday, we went to Victoria Peak! The one with the famous Peak Tram yes, that Victoria Peak. Except we didn’t take the tram up because #hipster (and #broke) so instead, we hiked up. #healthyliving

Victoria Peak is one of the highest peaks in Hong Kong, and is the highest one on HK Island. Unlike the previous hike we’d done on the MacLehose trail, this hike wasn’t very long but it was extremely draining because the approach was direct and steep. Also, the path was just roads for the most part, and climbing a steep elevation up a straight slope is I think way more exhausting than climbing up steps (for me at least).

As this was the immediate weekend after Typhoon Mangkhut, there was actually still a ton of wreckage along the hiking path. This added an element of surprise and challenge to our hike, throwing random obstacles – both small and large – in our way. 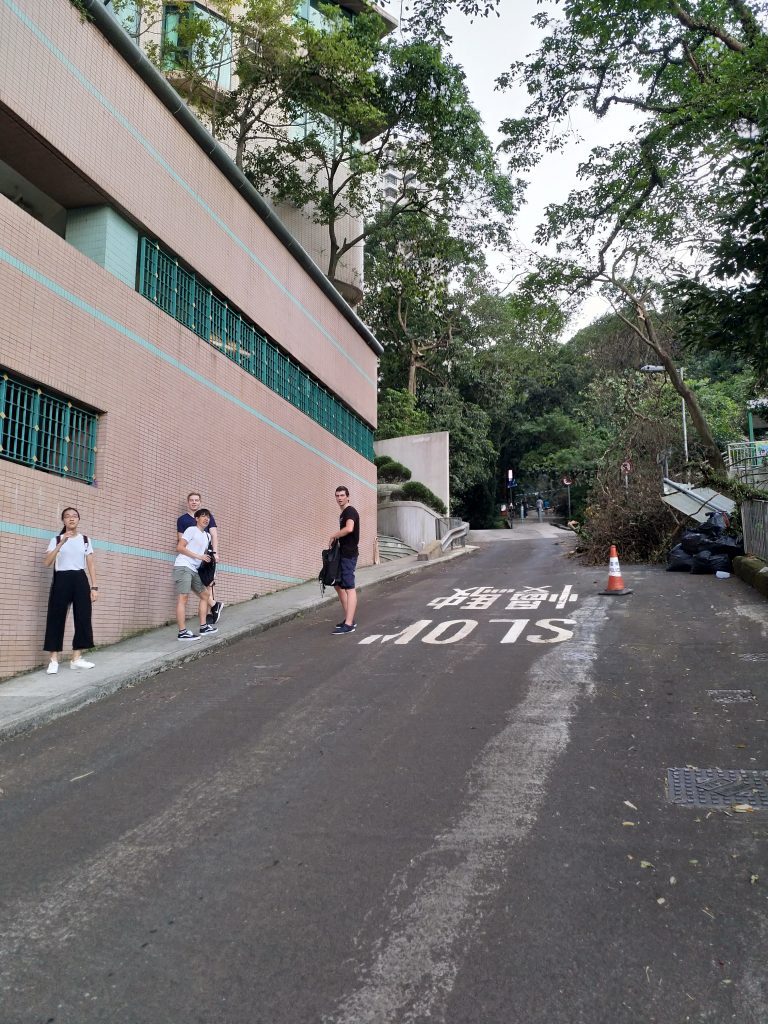 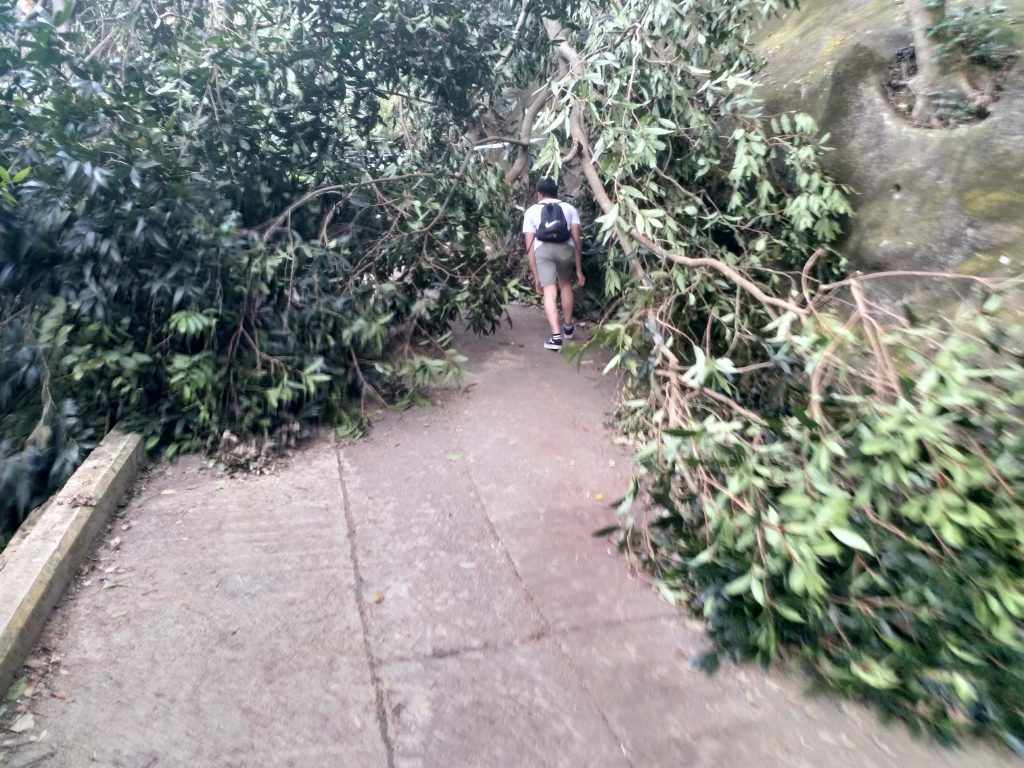 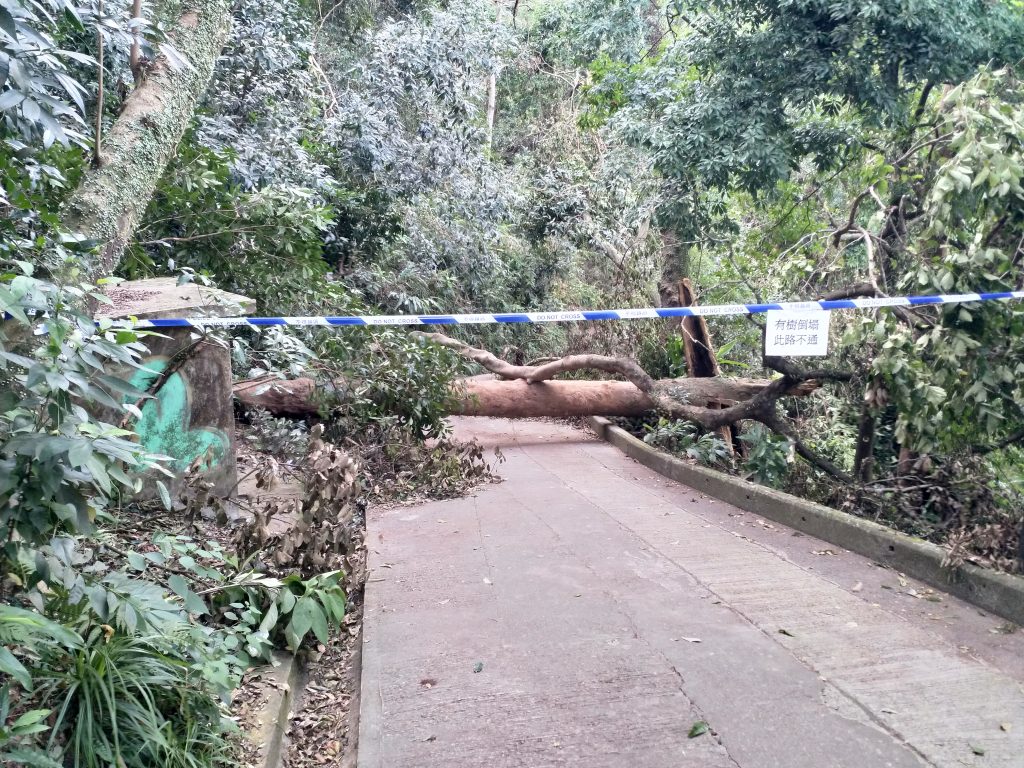 After reaching the “main” Peak complex where the Peak Tram stops, we continued upwards to the actual peak (the complex wasn’t at the absolute summit) and managed to catch some dazzling views of the surrounding Hong Kong Island and sea. We also timed our hike perfectly, making it to the top just in time to catch the beautiful sunset, whose gentle crimson rays lit up our faces.

I’ll let the photos do the talking: 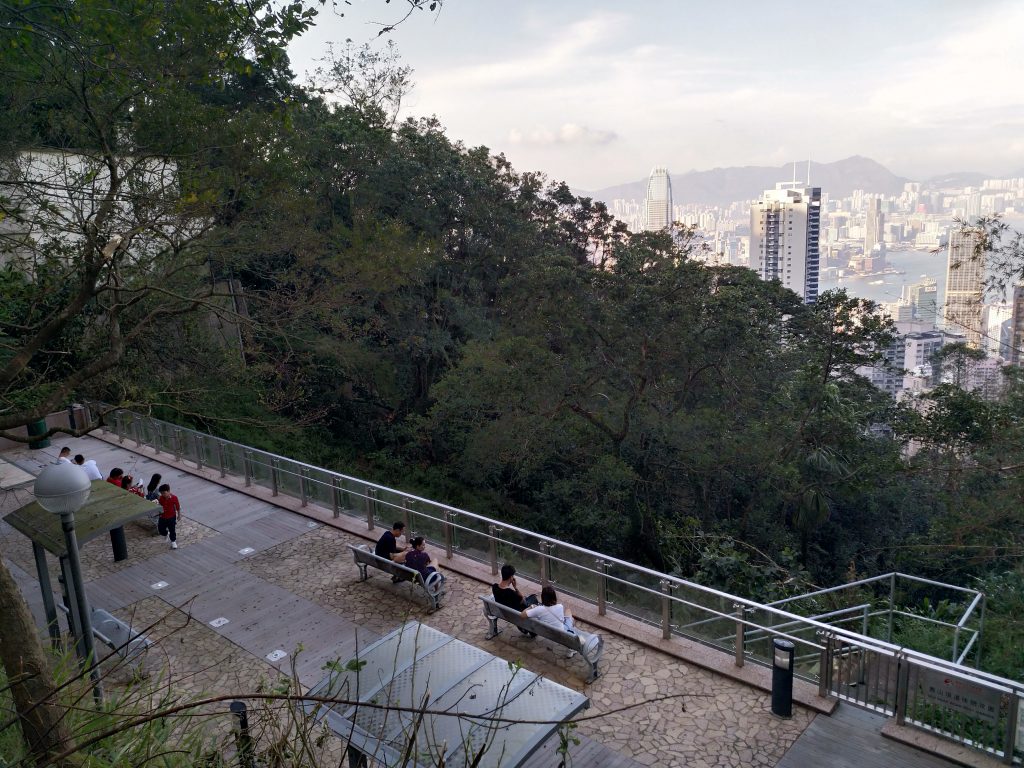 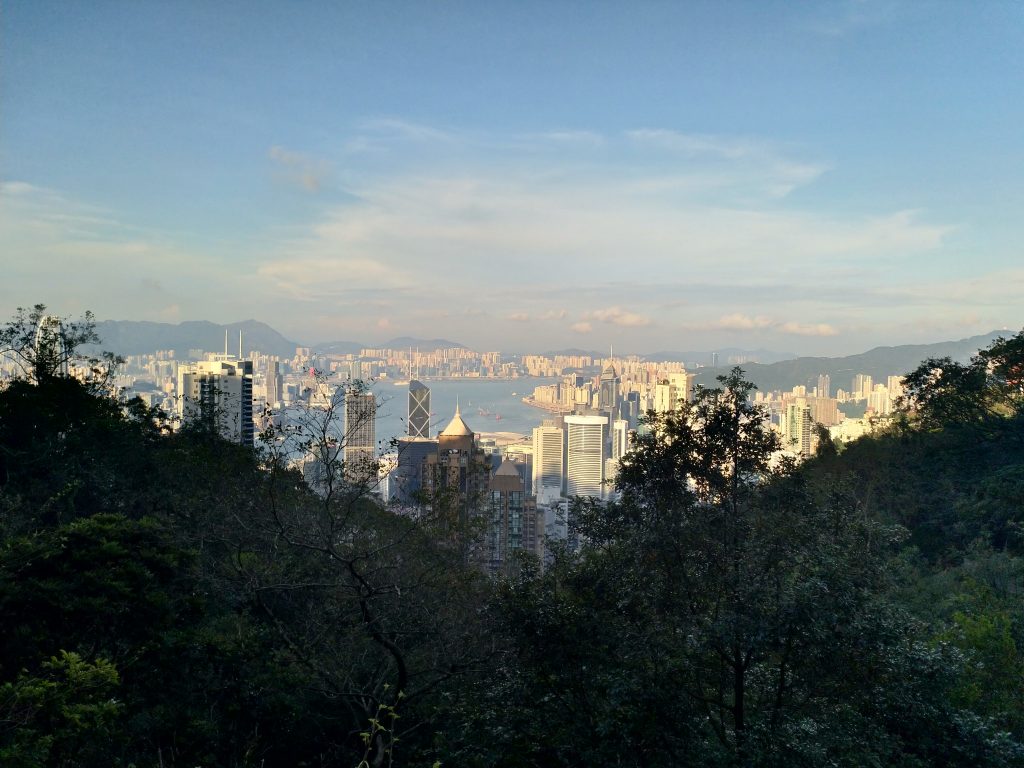 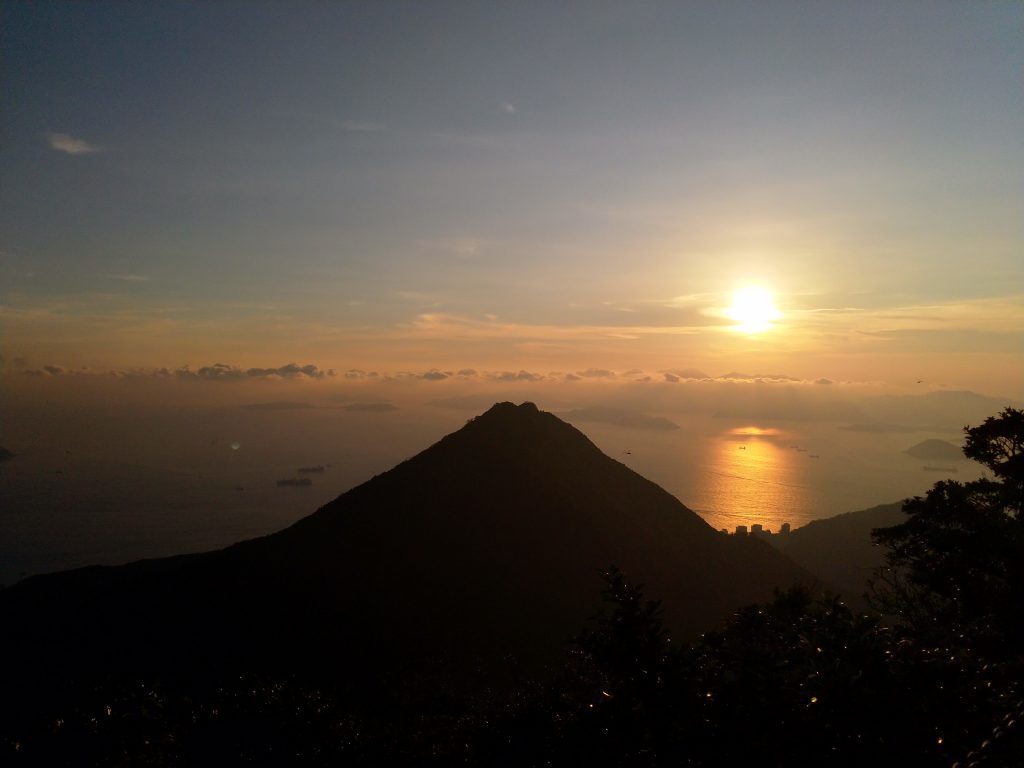 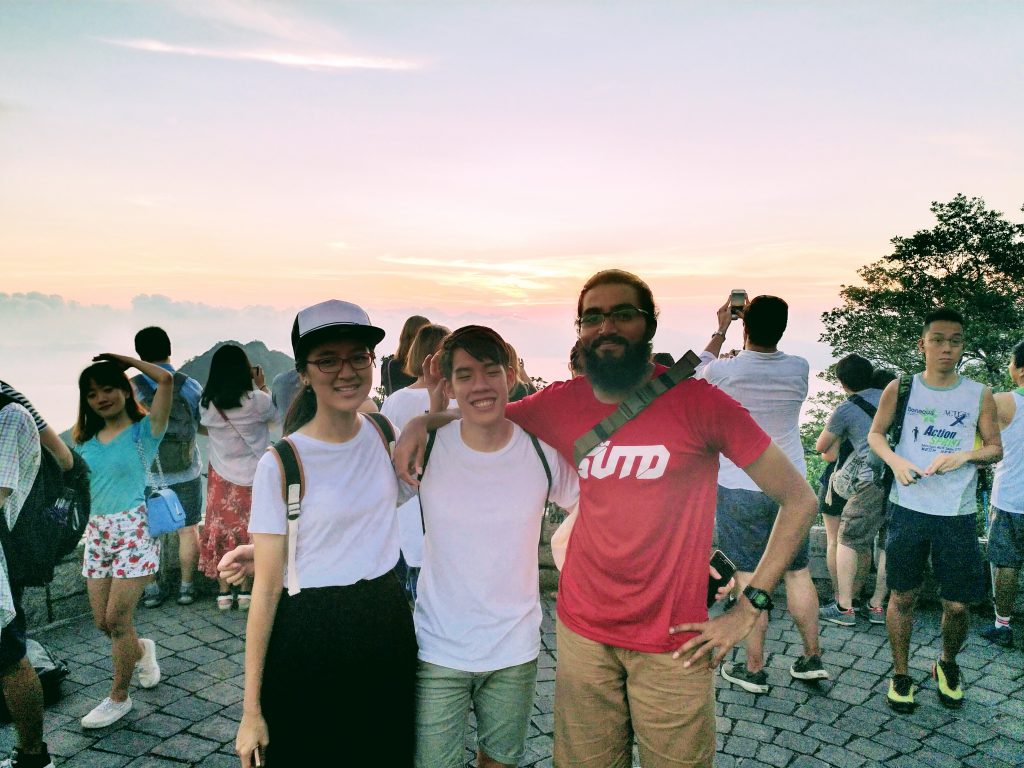 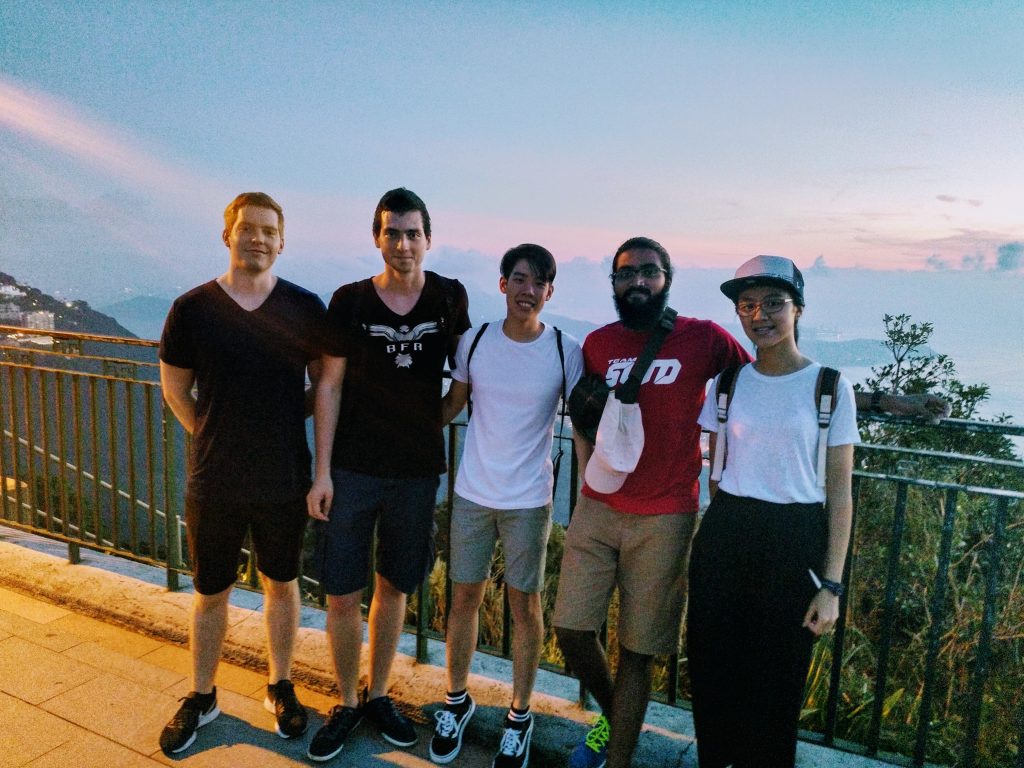 This week was also the Mid-Autumn Festival! 🏮🏮🏮 On Mon we went to Victoria Park to check out the festival celebrations there. It is traditionally where the biggest lantern display/carnival is organised in Hong Kong come Mid-Autumn Festival, and I was happy to be able to observe and take part in the festivities first hand. 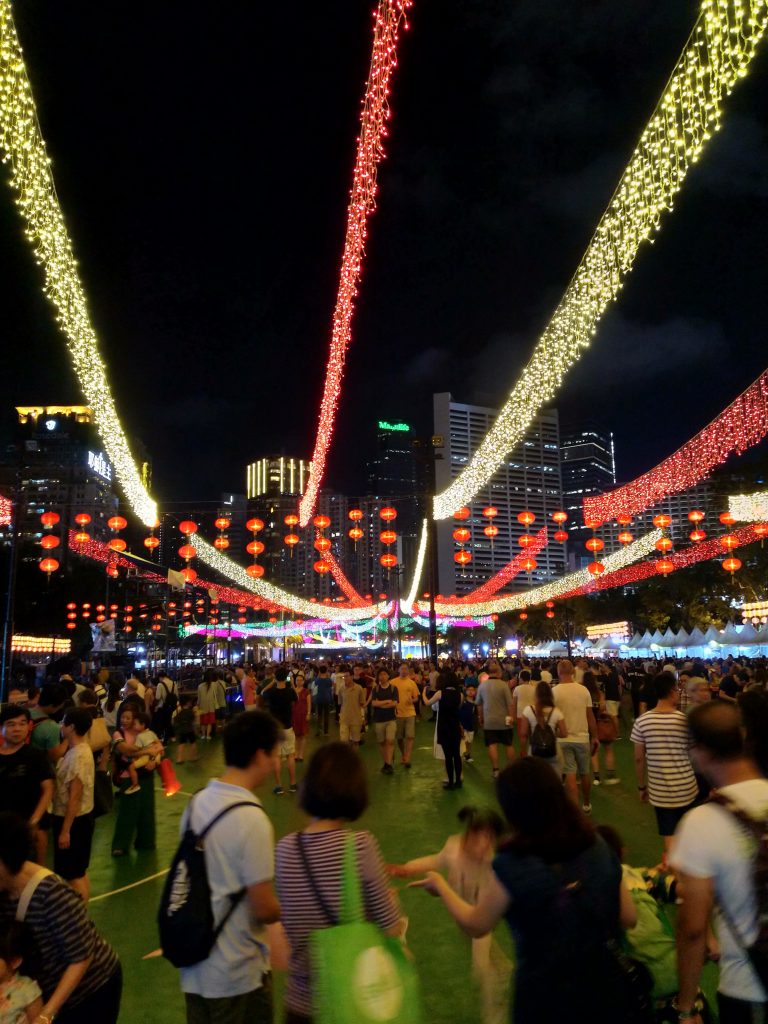 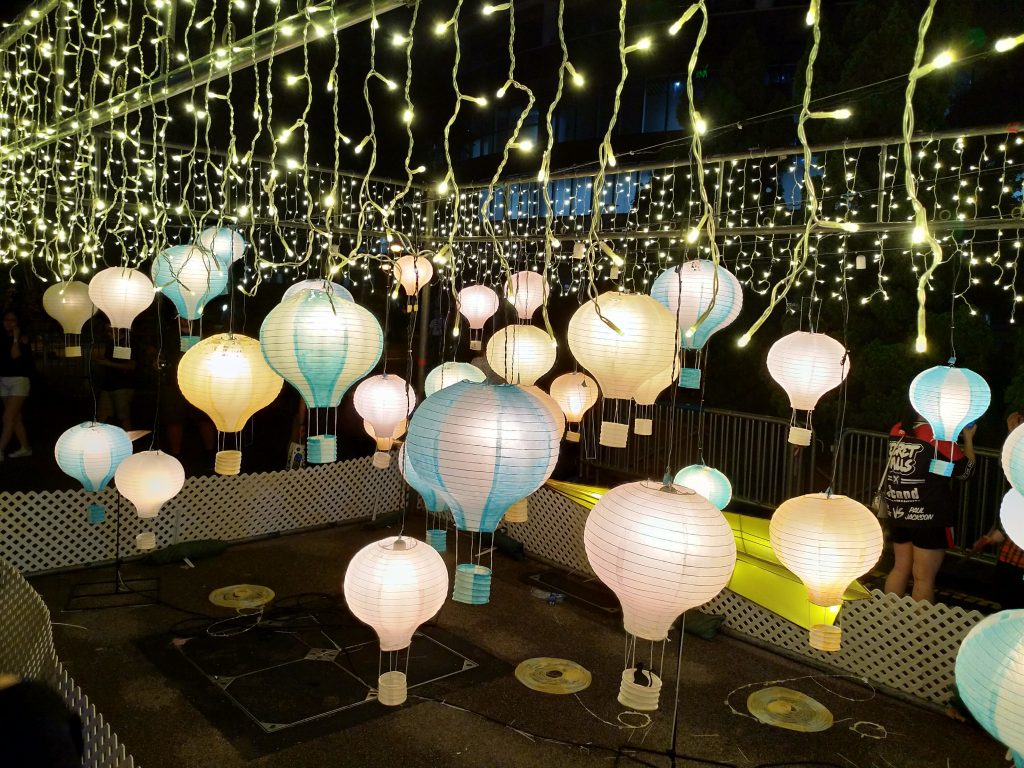 The whole place was LIT. Like literally, so many rows and rows of lanterns hanging above us like a ceiling. It was gorgeous. There was also a long line of booths/stalls selling food, handicrafts and whatnot. I bought a pack of those peanut candy cubes and devoured them later in the week. I say this with full conviction: Hong Kong is the best place on earth to buy peanut candy. They have absolutely mastered the formula. Shit never ever disappoints.

Later on, we walked out of Victoria Park and a bit further down to check out the Tai Hang Fire Dragon Dance. First performed in the 19th century by the people of Tai Hing to rid their village of bad luck, the fire dragon dance is a cultural practice that is still well and alive, staged every year in Tai Hang during the Mid-Autumn Festival. The dragon itself is a large, long wooden structure that’s carried by many people and lined with literally thousands of lit incense sticks.

Unfortunately, the rain was POURING that evening, making the whole thing a very wet and messy/claustrophobic affair due to the throngs of people in the area. We barely managed to catch some glimpses of the fire dragon itself, and the incense sticks were understandably not glowing very brightly. Nevertheless it was a worthwhile experience to check out a dragon dance that is nothing like those dragon or lion dances you’d see in Singapore during the CNY season. 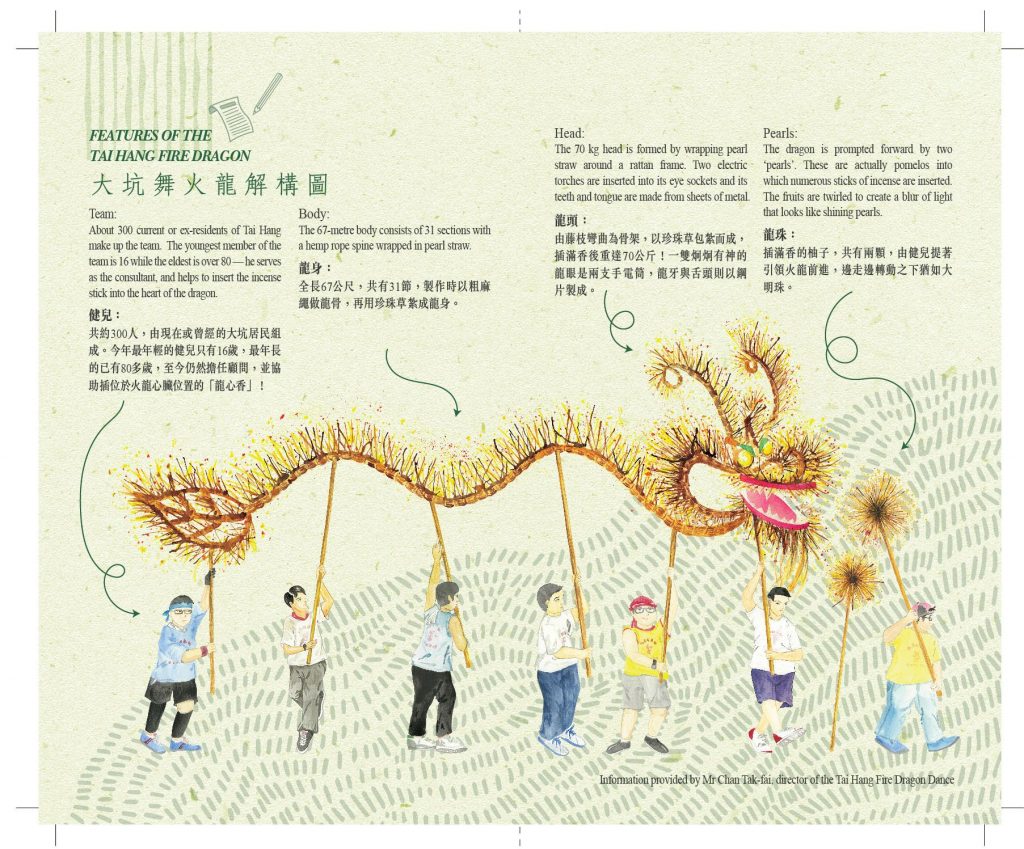 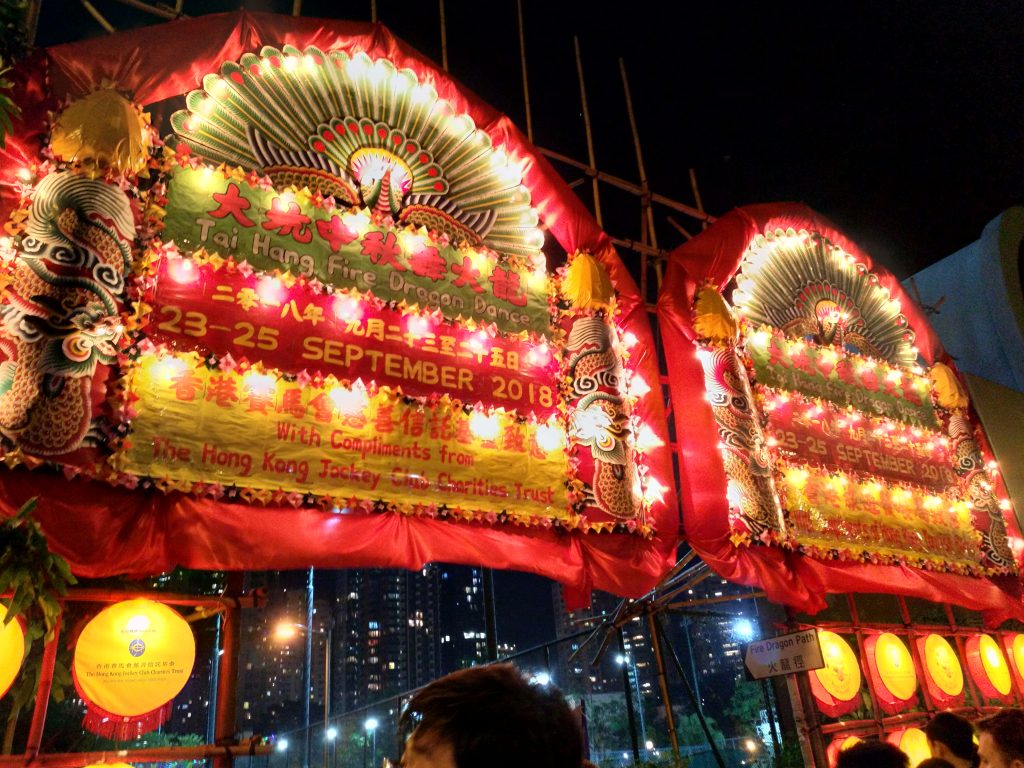 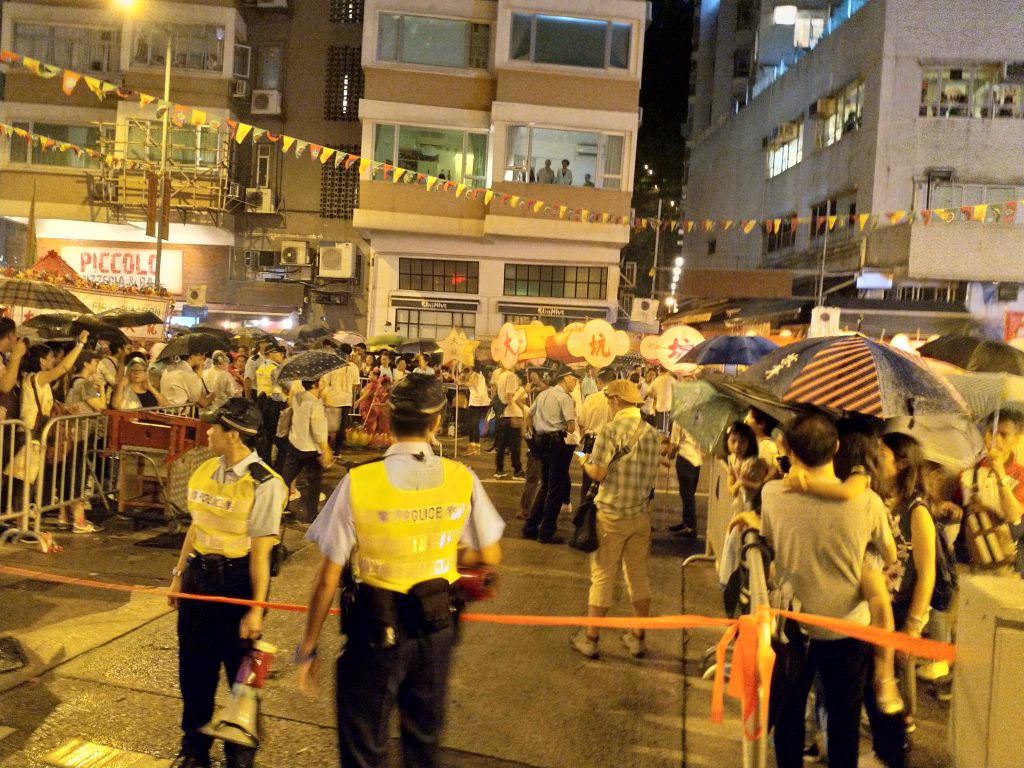 On Tues, I went to check out another lantern display, this time at Tsim Sha Tsui. I’m not too sure of its “official” name (if any), but it’s a thematic lantern display, this year’s theme being “To The Moon“. It was set up at the piazza/promenade near the harbour, next to the Hong Kong Cultural Centre.

While I’m sure the team put in a lot of effort behind the display, I’m afraid this one, execution-wise, was a miss. Sorry man, gotta keep it real. I mean when your first reaction upon seeing the display is “Huh that’s it?”, you know it’s not good. It was a great concept, and looks sick in photos when taken properly with the right light settings and exposure/shutter speed blah blah, but when you see it in real life, it was just frankly underwhelming. I think 1. the lanterns themselves were too dim to be striking whatsoever, and 2. there was too much light from the surroundings in that area which prevented the lantern display from standing out and really popping.

Buuuuut like I said, it was a really cool concept, a huge team of people, including many students, were involved in it, a ton of effort had gone into it, and it looked great in photos. 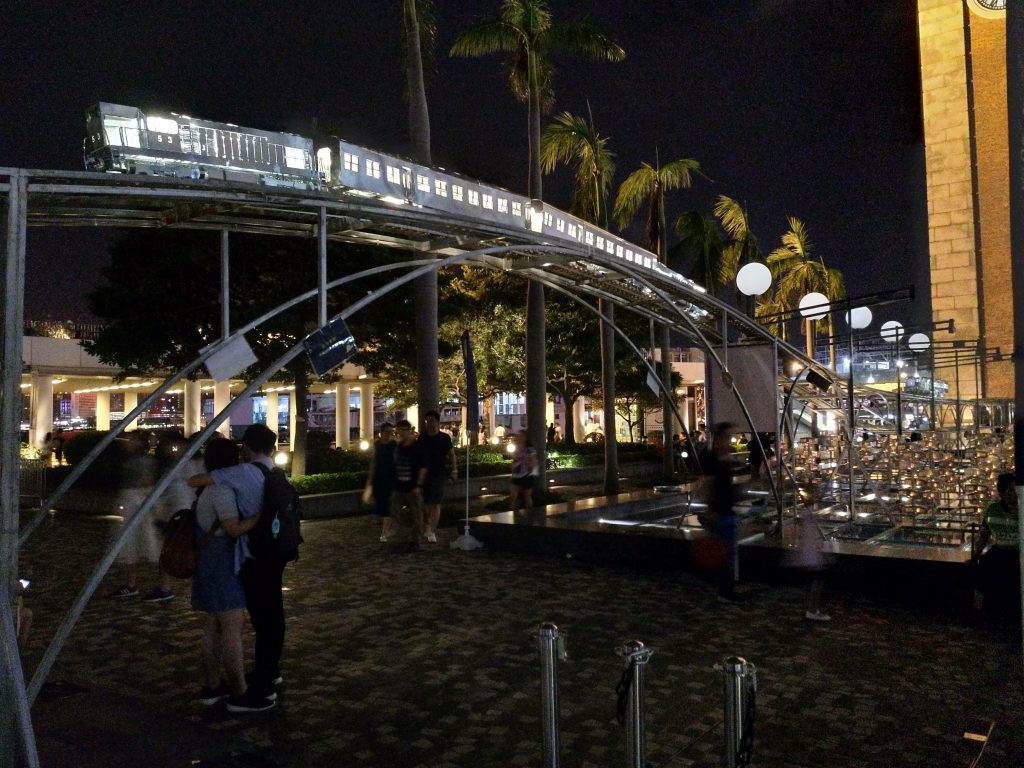 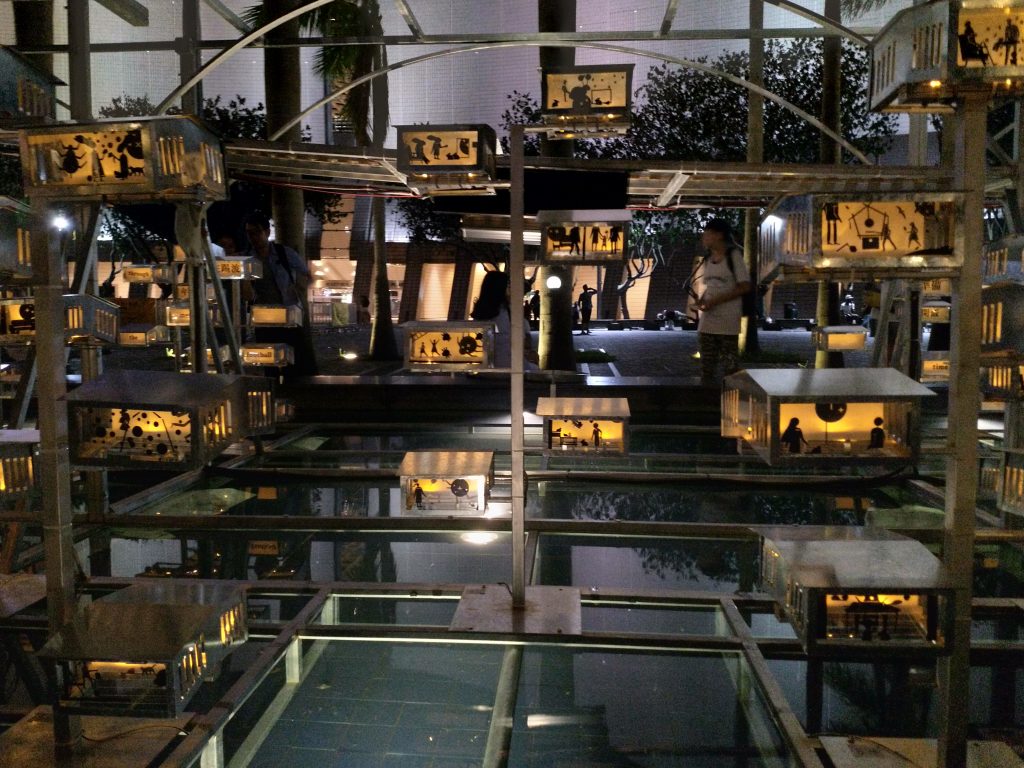 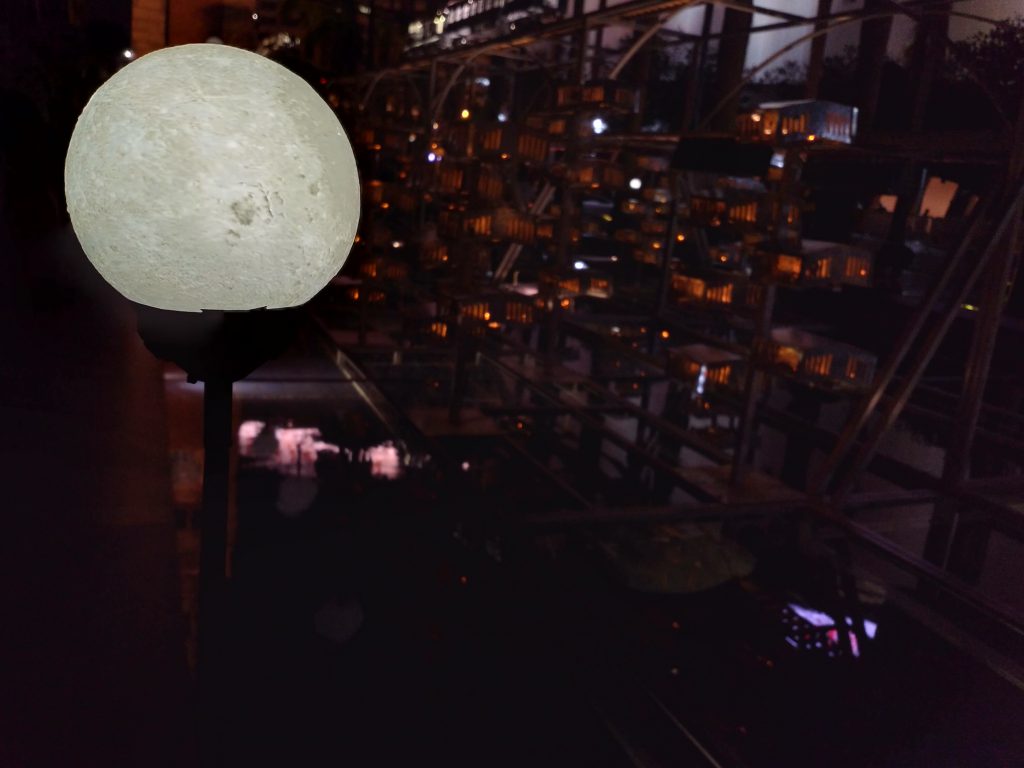 Another unexpected highlight this week was that there was a FIRE in my apartment building!!! 🔥🔥🔥 I had only an afternoon class that day, so I woke up late and was in the middle of taking a shower when suddenly the fire alarm started blaring. And boy was it LOUD. And to make matters worse, this Vietnamese girl staying in the hostel just straight up started SCREAMING. She was like wailing and literally shouting “HELP” LOL imagine my state of panic/confusion inside the shower. So I quickly cut the shower short and dried myself faster than I ever had, and rushed out of the bathroom.

To my utter disappointment, there was no fire inside the house. There wasn’t even any smoke! I mean yes I could smell this putrid smokey smell in the air but it was quite light at that point, and there wasn’t even any visible SMOKE smoke. I was like “??? WTF YOU SCREAMING SO LOUD FOR?!?” (obviously didn’t actually say it) man this girl had no chill. And she’s older than me SMH. From the way she was yelling, I thought she’d screwed up and set the microwave on fire or something siah wth.

BUT that being said, there was clearly a fire somewhere nearby because the smell was becoming stronger by the minute. Hence I just calmly told her and the other girl that was also in the hostel (who was YOUNGER and WASN’T SHRIEKING 🙄) let’s just grab our essential belongings and get the hell outta here. Since I was headed to school anyway, I got dressed up and hurriedly packed my bag. Must’ve been a serious fire somewhere because the smoke started seeping into the house fast and furious as we were bustling about preparing to move out. I turned on the exhaust fans in the living room but it wasn’t of much use.

So yeah we quickly filed out. As I began walking towards the lift, my brain flickered to life and I remembered “IN CASE OF FIRE DO NOT USE LIFT”. Right. So I made a U-turn and headed instead to the stairwell near our flat, trying to explain to them that we shouldn’t use the lift when there’s a fire. It didn’t help that we lived on the 15th floor, making their hesitation understandable. After a looong descent, we finally got out the building. 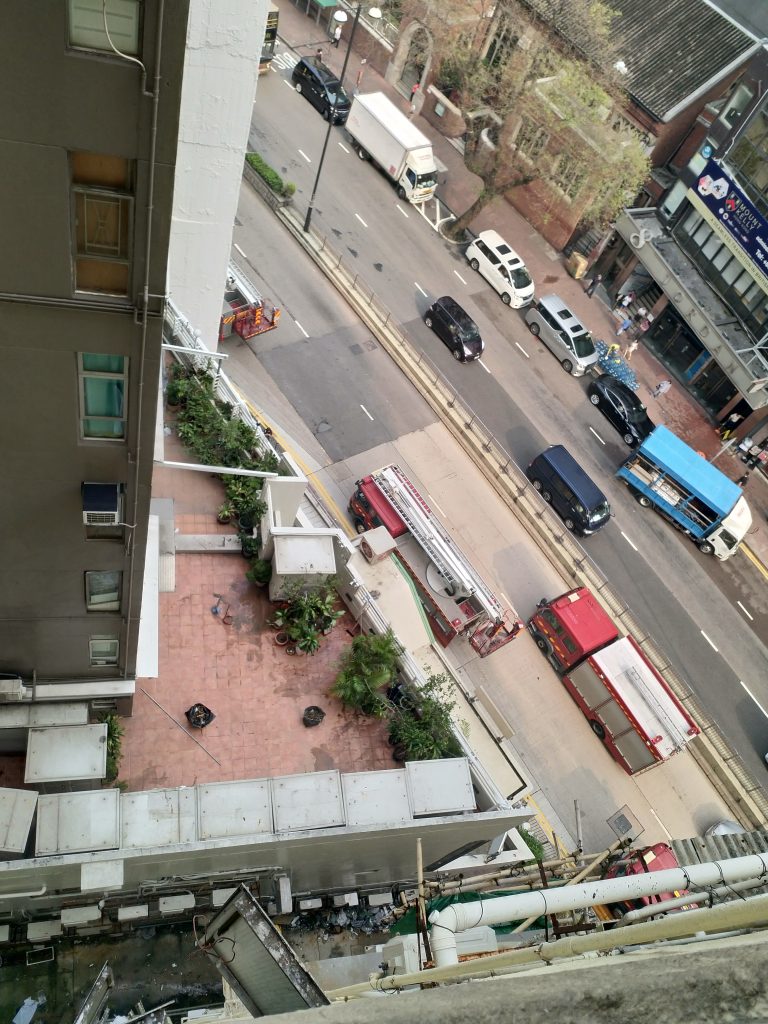 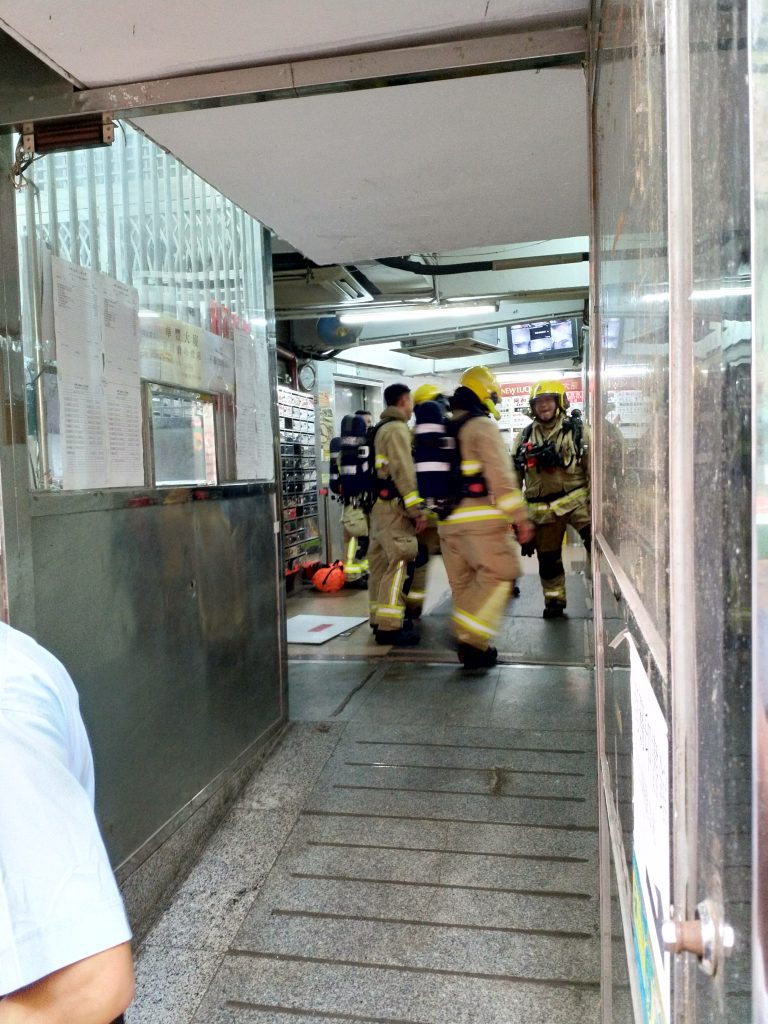 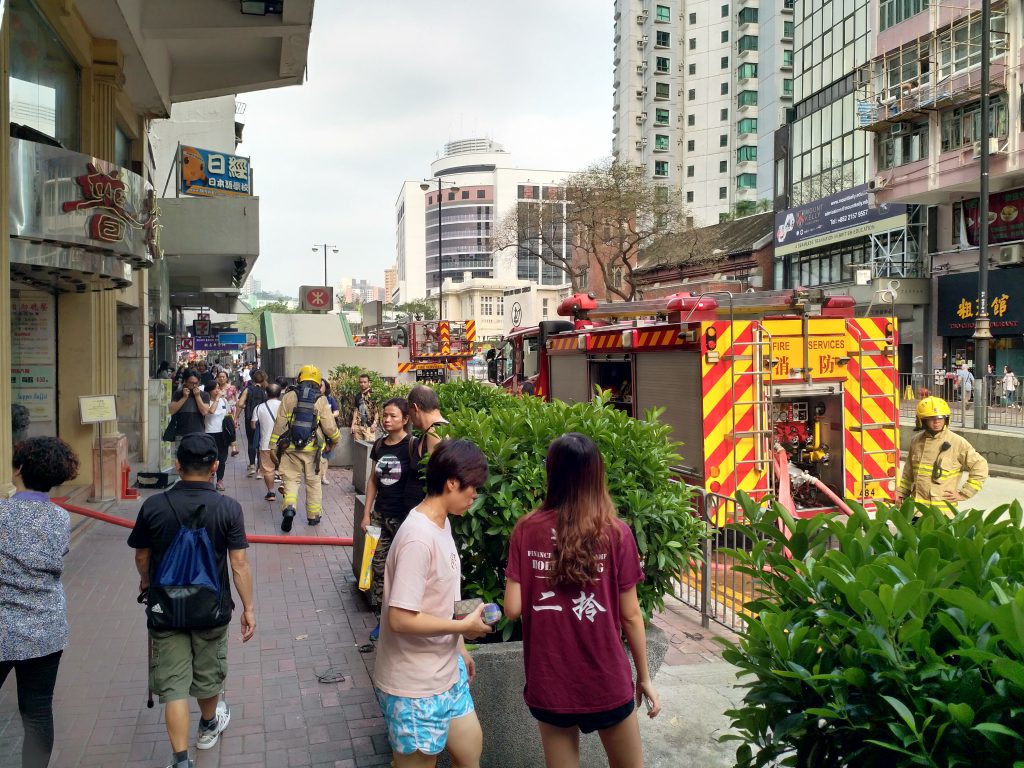 On Thurs, I went for my 9am Cantonese class at school then headed to Crossroads Foundation to do my CIP. My first time there to volunteer was last week, but I forgot to write about it because I didn’t take any photos xD

After helping out in the clothing department the previous week – where we unpacked clothes from the boxes they were sent to Crossroads in, removed their packaging and labels, and repacked them into new boxes according to size – this week I volunteered at the woodwork section. It actually felt good to do some manual labour, sweating it out and getting my hands dirty. I mainly just assisted in cutting up some wooden planks and applied this anti-termite solution onto several wooden boards, and also helped in carrying/transporting several large wooden planks from somewhere else to the woodwork station. 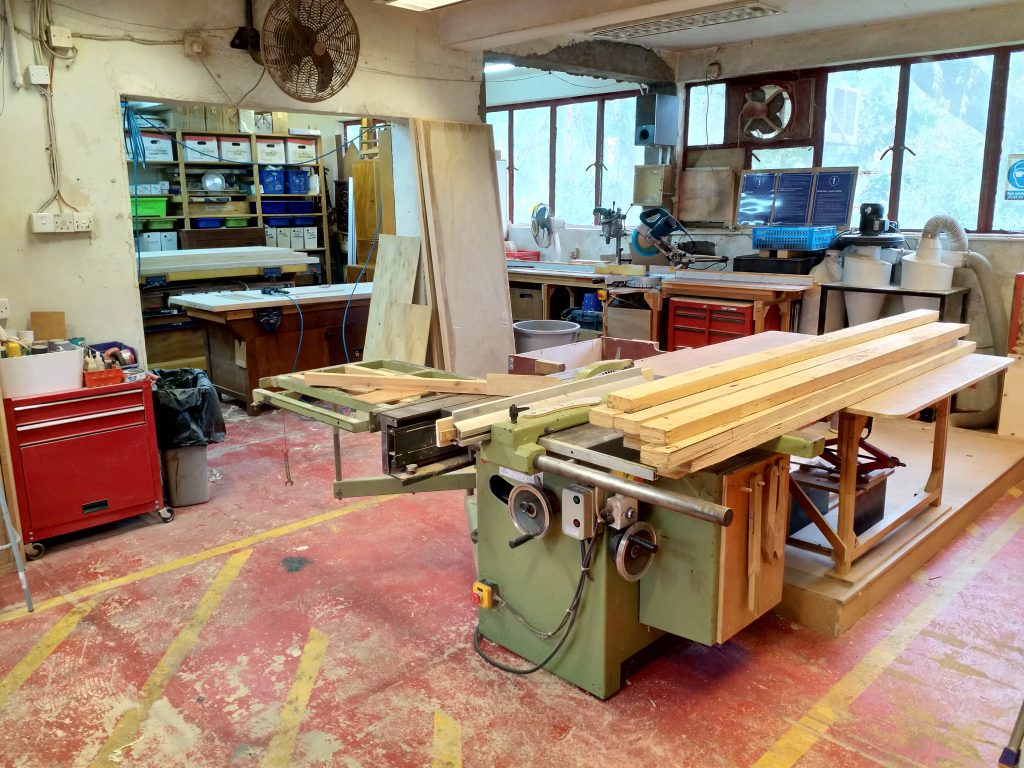 After Crossroads, I took a bus back to Jordan to head back to my hostel. On the way back, I went to check out the West Kowloon High-Speed Rail Station, which had just had its grand opening on 23 Sep. I’d come across the area previously during my early explorations of the Jordan area, but much of the place had still been under heavy construction works so a lot of it was previously closed off. Now, with the station open and rail operations underway, the surrounding areas were properly tidied up and opened up to the public – and it was quite a sight to behold. 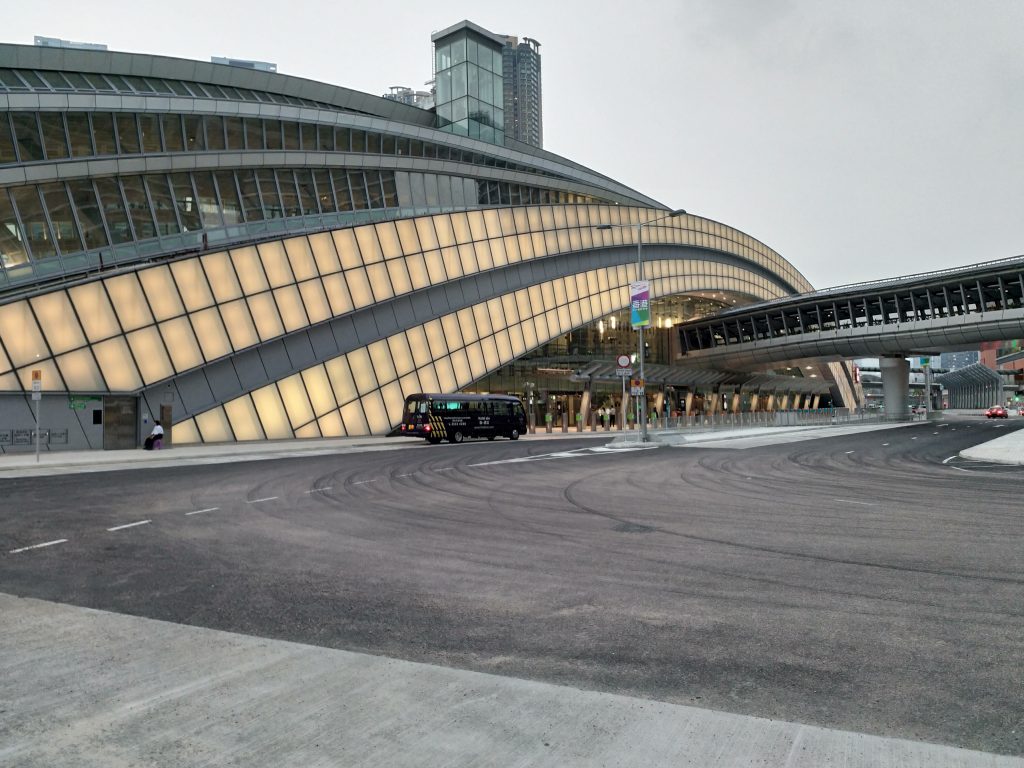 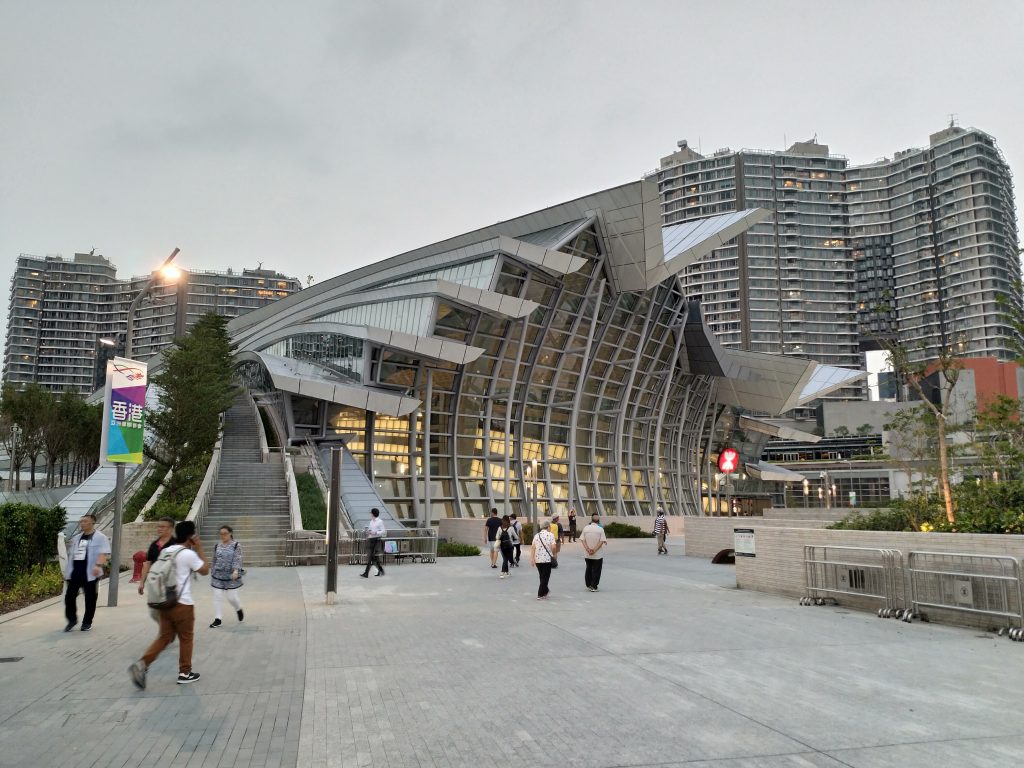 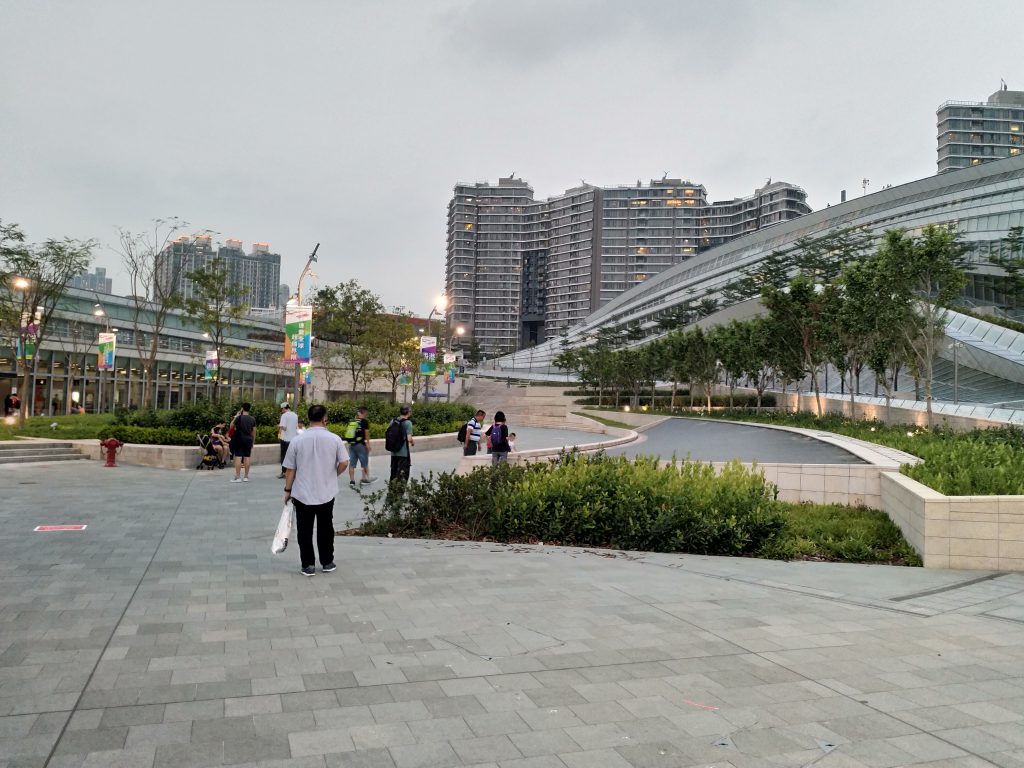 That pretty much wraps up all the major stuff that went down this week. Quite an eventful + fulfilling week all in all. Hope for more good stuff next week.