How we even got together

Remember my buddy group I mentioned in my other post? Well, the German dude in my group had a German friend who met a French guy in a hostel, who was in Daejeon to climb mountains before going back to France to write his thesis. They asked around for anybody interested in climbing mountains in the short 2 days of orientation, and somehow nobody said no. That’s how the 13 person party from, from Germany, France, Denmark, Netherlands and Singapore was formed.

Yes, you can take a bus to get to a mountain in Korea

We left at 8.30am from school and took 2 buses to the foot of the mountain. I was still quite unfamiliar with the Korean app suite and getting around, so I admit that I was just tagging along at that point.

Just a quick note on the different categories of difficulty here. In the picture below, each difficulty is nicely colour coded. Green is for easy, orange for medium and purple for hard. Unfortunately there wasn’t any extreme (black) on our hike.

So at the start of the hike, it was basically a tourist area, complete with overpriced restaurants and obnoxious souvenirs. And, it was accessible to everyone, so much so that I’m sure even a wheelchair bound person could find their way up, which is really nice and inclusive. The main attraction of course was the temples that spotted the mountain range.

Can I take a picture with you?

We arrived at the start of the proper hiking trail, signified clearly by the visitor center and the balloon chicken. The park rangers gave us a quick run through of the route and the trail maps (which were in English, thankfully). We were about to leave, when of the the rangers asked if they could take a picture with us. I guess is that it was the first time they saw so many Caucasians climb the mountain.

A great way to make friends

It was time to begin our hike proper on the orange trail. It was a particularly pleasant trail. With the gentle murmurs of the waterfalls to complete the postcard emerald green forests. And to top it off, the fresh mountain air to clear your lungs of that city grime.

And one of the best things about the hiking in the outdoors is making new friends. It was really nice to talk to them about their own countries and sharing about my own. For instance, I learnt the it is pretty common for the Swiss to go over to Germany to buy groceries, as the cost of living is much lower there. An interesting parallel for us Singaporeans going over to Malaysia to shop too.

Having been keeping up to date with the latest events in Europe, thanks to SUTD’s free Financial Times subscription, I was able to discuss some of the recent affairs there. For instance, the recent assassination of a CDU politician known for being a champion of refugees. It is one thing to read it on the news, but much more eye opening to talk to an actual local about the affairs in his or her country. While I have only scratched the surface of learning about the immense intricacies of how other countries are run, I can definitely say that I have grown in humility and begun to appreciate how much there is to learn about the world.

There were several small differences that were pretty interesting. I carried my Camelbak water bag with me up the mountain (courtesy of the SAF). One of the persons in the group commented, “Thad, are you drinking water from that tube out of your bag? That’s so cool!” He told me it was the first time he had seen one of those. Having assumed it was standard issue, I guess I never appreciated it as much as I should have.

I learnt that the reason why most of the Dutch are bilingual in Dutch and English, was because, compared to their neighbors, the Netherlands is a comparatively small place. When tourists and business partners alike come by, there is the need to be able to speak in a language that they are likely to understand.

That being said, I learnt that “das ist hammer” means something unusual or “that’s awesome” in German.

By the end of the trip, I had several “tour offers”, offering me to bring me around if I was to ever visit their home city (note: not country). I accepted them graciously and made my own offers to bring them around to the good makan places in Singapore if they were to ever come over.

The peak at last

After about 2 hours of up-slopes and stairs, we had finally reaches the peak of the first mountain. The dry air had evaporated the liquid in my sweat, leaving the crystallized salt on my face. The weather was good that day, and the views from the top were excellent.

On our way down we encountered a lot of temples and statues. An interesting nod to Korea’s Buddhist heritage. 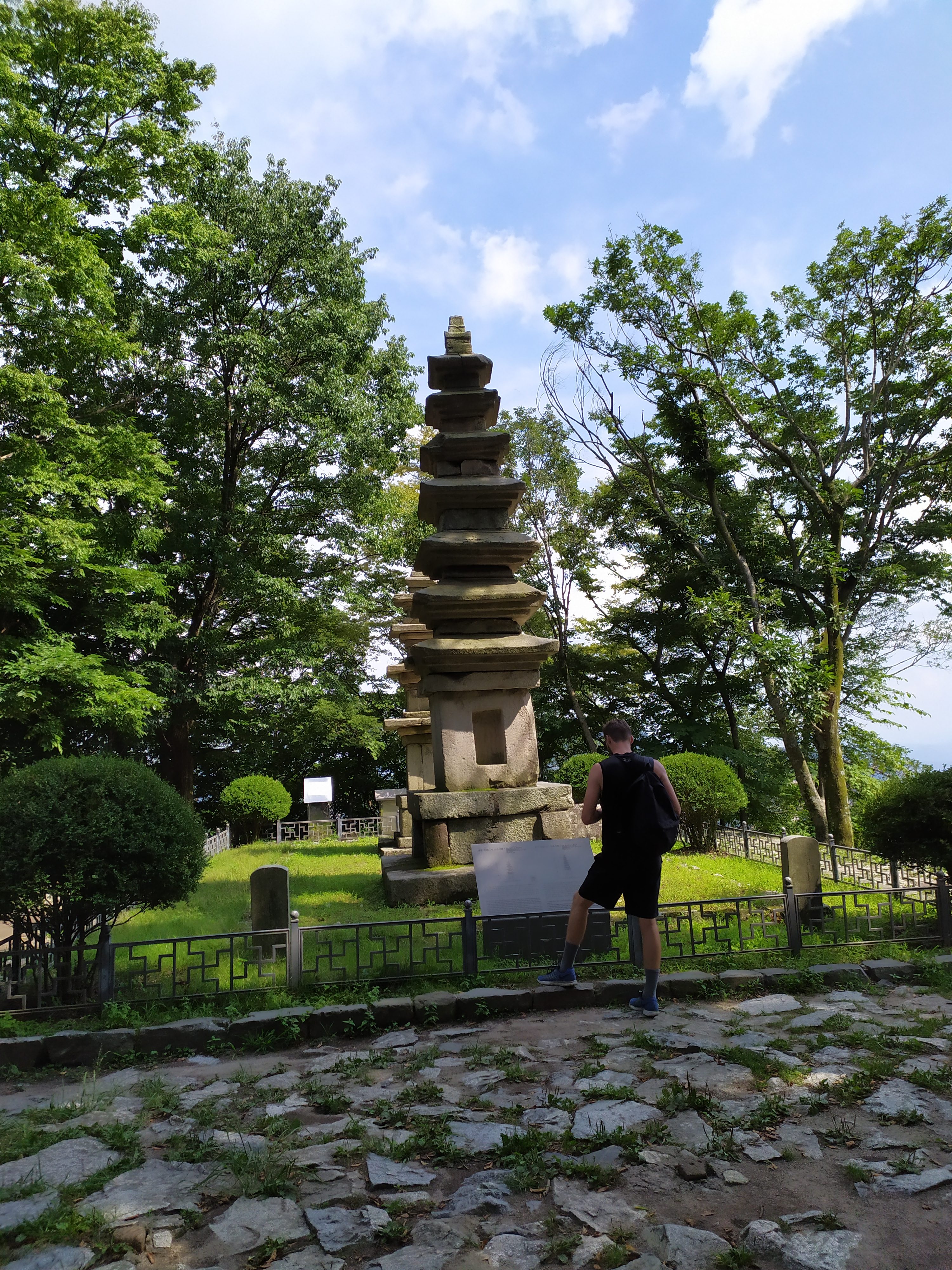 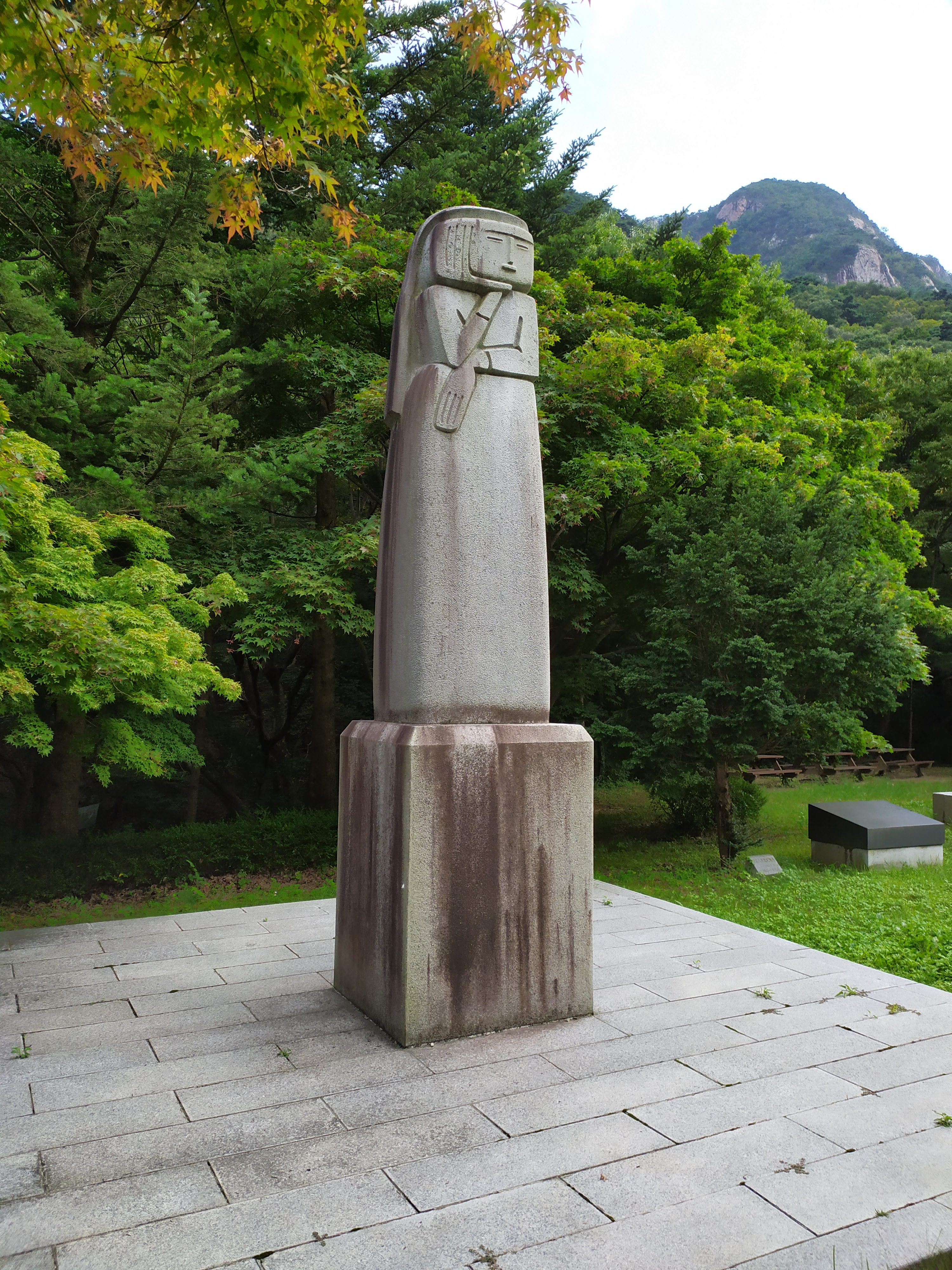 On the way to the second peak, we had a chopper circle us. “Too many foreigners on the mountain”, someone from our group mused.

We continued hiking until we found out the real reason. A lady had injured her leg and was unable to make down the mountain on foot. The rescue worker was already there, tending to the lady along with her other companions. Having worked with helicopter squadrons before, I had seen the drills and knew what they could do. I never thought I would see an actual rescue operation though.

First, a rescue worker in a high visibility suit is lowered from the helicopter to the ground. His equipment is stored in a backpack then resembles a tortoise shell with many pouches.

He then tends to the injured person, applying the necessary procedures to stop the bleeding and stabilize the person.

The rescue worker then attaches a harness to the injured party and himself, and signals for the helicopter to pick them up. A third worker helps them into the helicopter.

The end at last

After about 8 hours, including rest, meal times and nap times, we made it back to the visitor center. I thoroughly enjoyed the cardio and talking to people from the other countries. I definitely hope to climb more mountains in Korea soon. I’ll see you in my next blog post! 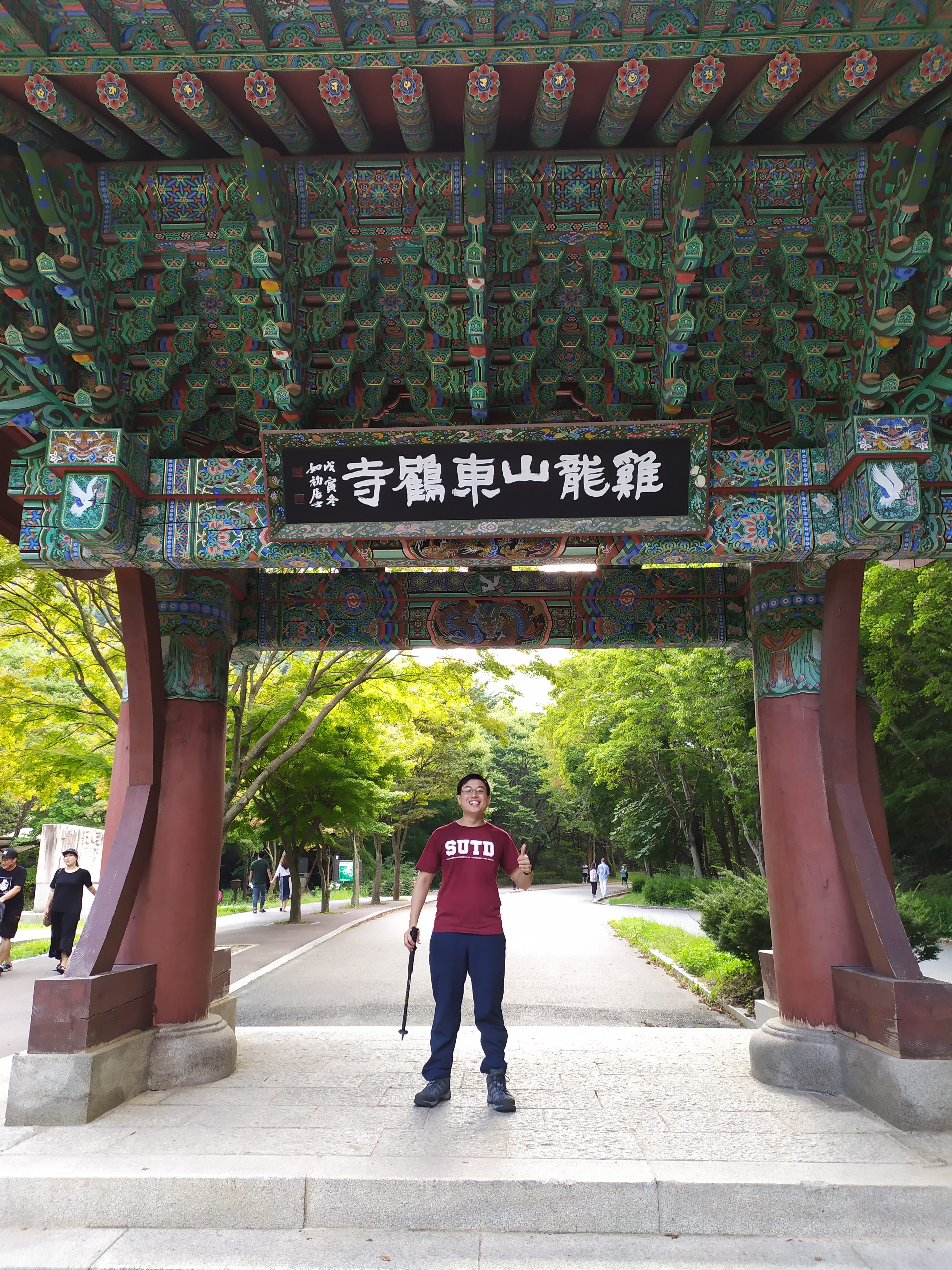