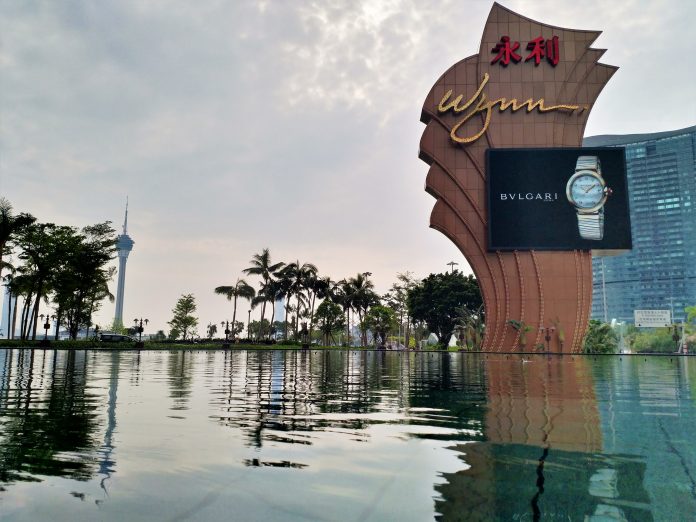 I mean, you can’t stay in Hong Kong for half a year and not visit Macau.

The trip was embarked upon by our usual gang – Erin, Frankie and I. After some slight waking-up delays by yours truly, we took a ferry from the Central pier around noon, arriving in Macau about an hour later.

It was very hot and sunny. Felt like Singapore, but not as humid.

Our first order of business was finding our Airbnb host, whom we had made arrangements with to meet at the MGM Grand Hotel (as it was an easy landmark to get to from the ferry terminal by shuttle bus) and then go over to the apartment together. The only problem was that we had no idea what he looked like (and him us).

Nevertheless thanks to technology, we were able to connect to WiFi at the hotel and contact the host to tell him exactly where we were waiting, and he eventually, incredibly, managed to find us. We then made our way to the Airbnb apartment. But not before taking a minute to marvel at the breathtaking interior design of the hotel atrium. 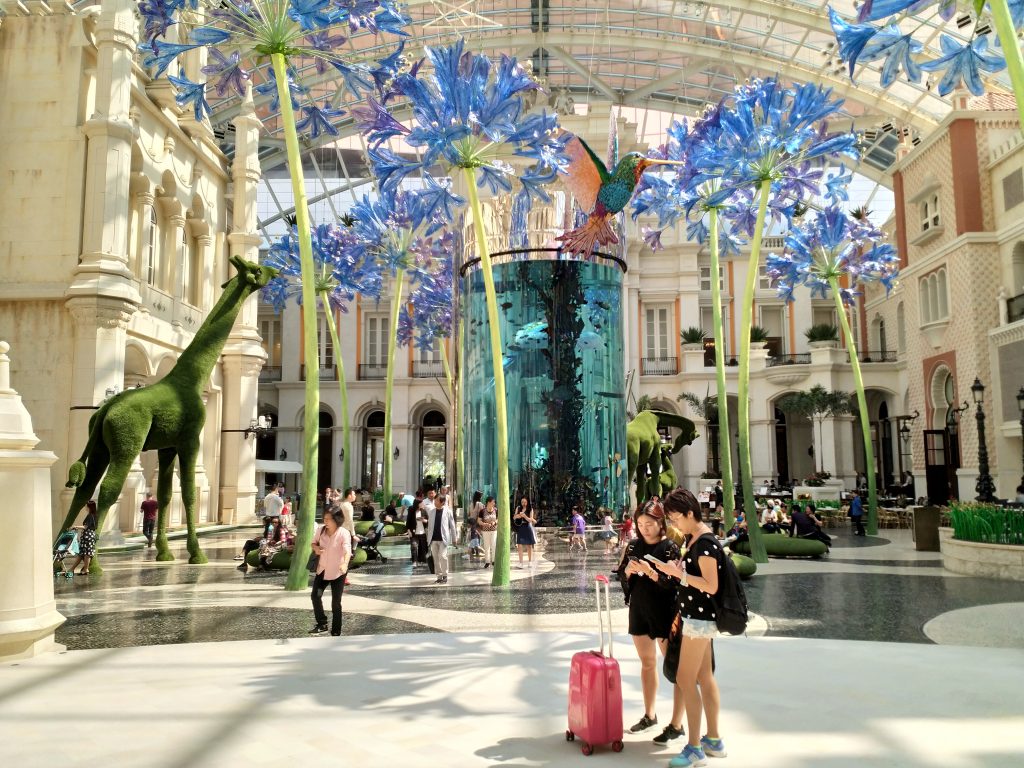 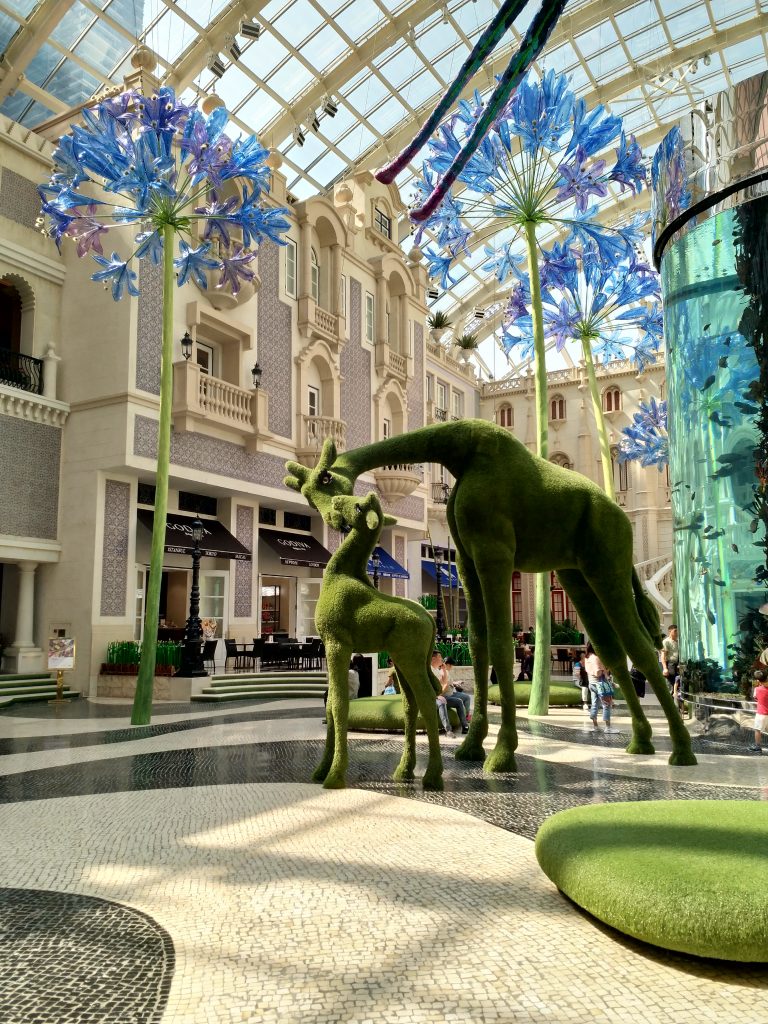 Fortunately, we managed to find a place on Airbnb that was quite centrally located and not too expensive. The apartment was also not too shabby, so it was all good.

After settling down and unloading our baggage, we headed down to grab a bite and begin our explorations.

All throughout the day, I couldn’t help but feel like Macau had this air of… inauthenticity. Insincerity. Superficiality. Weird vibes. I also felt like Macau was desperately holding on to its Portuguese roots largely as a reason to attract tourists. Nevertheless, the Portuguese egg tarts were deeee-licious 😋👌 We had some Portuguese-style food as well (at a Portuguese-style restaurant) for dinner, and that was good too.

Later on at night we went to check out the MGM casino, which was a stone’s throw away from our apartment. Being the scrubs that we are, we didn’t dare to gamble at the *serious* tables/games, and so just walked around observing others playing and tried our hand at the small-bet slot machines. I lost about 50 hkd 😪 Erin won like 2 hkd LOL. Electronic slot machines are rigged man. [No photos coz we weren’t allowed to take photos inside the casino, and I certainly didn’t want to risk it.]

Day 2 we got up and travelled a bit further for some sightseeing/exploring. We took a bus out to A-Ma Temple and then made our way back  on foot, covering all the places worth checking out en route.

We also checked out two more casinos before heading back: Grand Lisboa and Wynn. It was cool how each casino had a different look/feel/vibe/atmosphere. Wynn was definitely more atas and felt more serious and exclusive, while the Grand Lisboa casino felt more “for the people” – it was much more crowded and chaotic; the MGM casino was like a middle ground between these two.

Soon after, we packed our bags and caught the ferry back to HK. Overall, definitely a worthwhile experience going to Macau. I didn’t like fall in love with the city whatsoever due to aforementioned inauthenticity vibes, but nonetheless I’m glad we planned and made this short 2D1N trip down to Macau.

The rest of the week was pretty low-key, really. Nothing much of significance happened – went for classes, went down to Crossroads to volunteer, cooked maggi goreng again (improving each time hehe) – generally enjoying the chill and breezy life here. Let’s see what next week has in store.