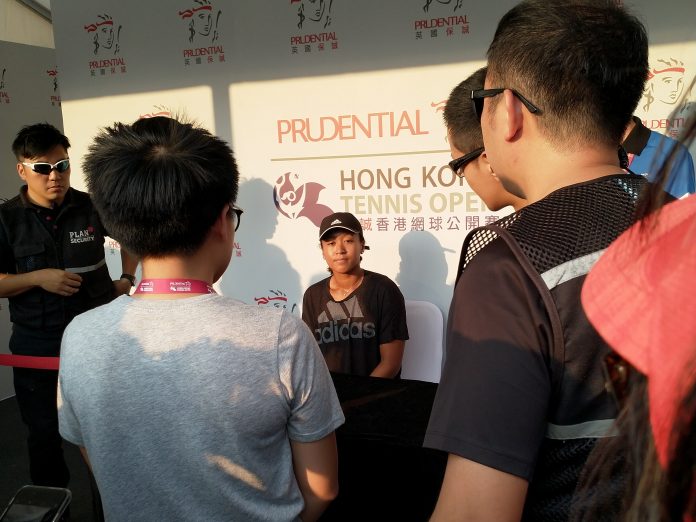 This week it was all about one thing and one thing only: TENNIS.

The Hong Kong Tennis Open (HKTO) took place from 6-14 October at Victoria Park Tennis Stadium, and some of the biggest names in women’s tennis were in town, like Sam Stosur, Elina Svitolina, Garbiñe Muguruza and NAOMI OSAKA!!!

I’m not a HUGE tennis-head whatsoever but I do follow the grand slams and major tournaments, and love watching tennis on TV whenever I get the chance. This was, however, my first time watching professional tennis at the highest level LIVE, and I was super excited.

The HKTO is a WTA International tournament, which is a lower-tier competition compared to the grand slams and “Premier” tournaments; basically the prize money is lesser and the points you earn towards your WTA ranking scoreboard is lower compared to the higher-tier competitions. Nevertheless, it was a full-fledged, official WTA tournament and all of Hong Kong’s tennis fanboys and fangirls were around to take in all the action.

There was free entry to the stadium on Monday (for everyone; “People’s Monday”) and Tuesday (for students; “Students’ Tuesday”); naturally I went down on both days beause I had nothing better to do xD

On Monday I learnt the sad news that Naomi Osaka had pulled out of the competition due to a back injury and to work herself back to 100% for the WTA Finals, which would take place in Singapore in a couple weeks from then; oh the cruel irony. Nevertheless, she still came down to Hong Kong, and was in the Tournament Village on Monday for a meet & greet with fans and to officially launch the event.

A month ago, when I was watching highlights of Naomi’s huge US Open win over Serena Williams, if you had told me I would inexplicably find myself standing 3 metres away from the future of women’s tennis, separated by just a stanchion and some bodyguards, I promise I would not have believed you. 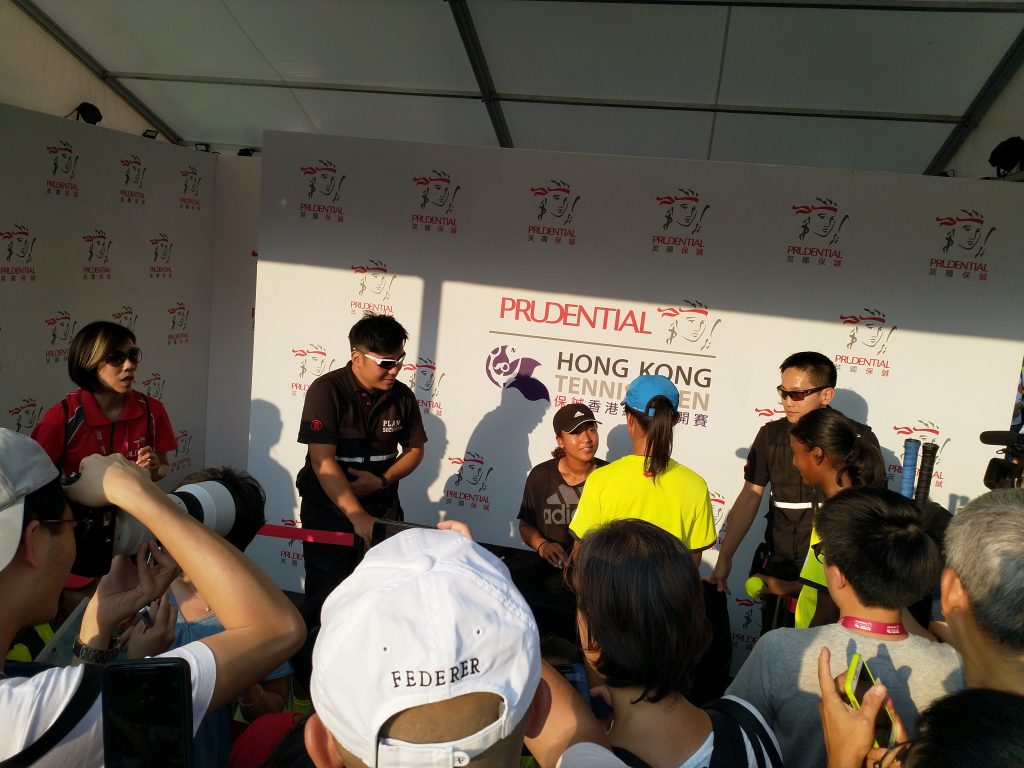 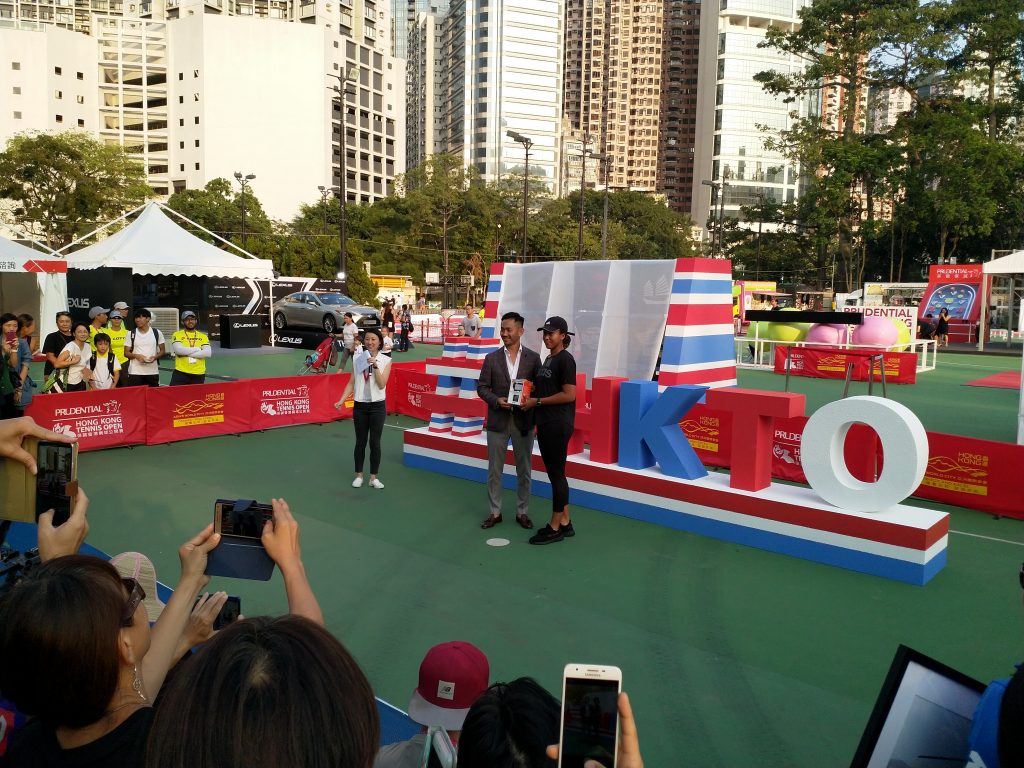 The rest of the week was all tennis action and excitement. Apart from watching a handful of 1st Round matches on Monday and Tuesday, I also bought tickets to watch the quarter-finals on Friday; it was the most value-for-money tickets we could get, because everything thereafter (semi-finals and finals) was crazy expensive.

I quickly became a big fan of Wang Qiang over the course of the competition. She played some phenomenal tennis throughout the tournament, making light work of top-seed Elina Svitolina in the quarter-finals and convincingly beating a higher-ranked Garbiñe Muguruza in the semi-finals en route to the final. However, she choked in the final, losing to Ukrainian youngster Dayana Yastremska in straight sets without putting up much of a fight. 🙁 oh well we’ll get em next time. 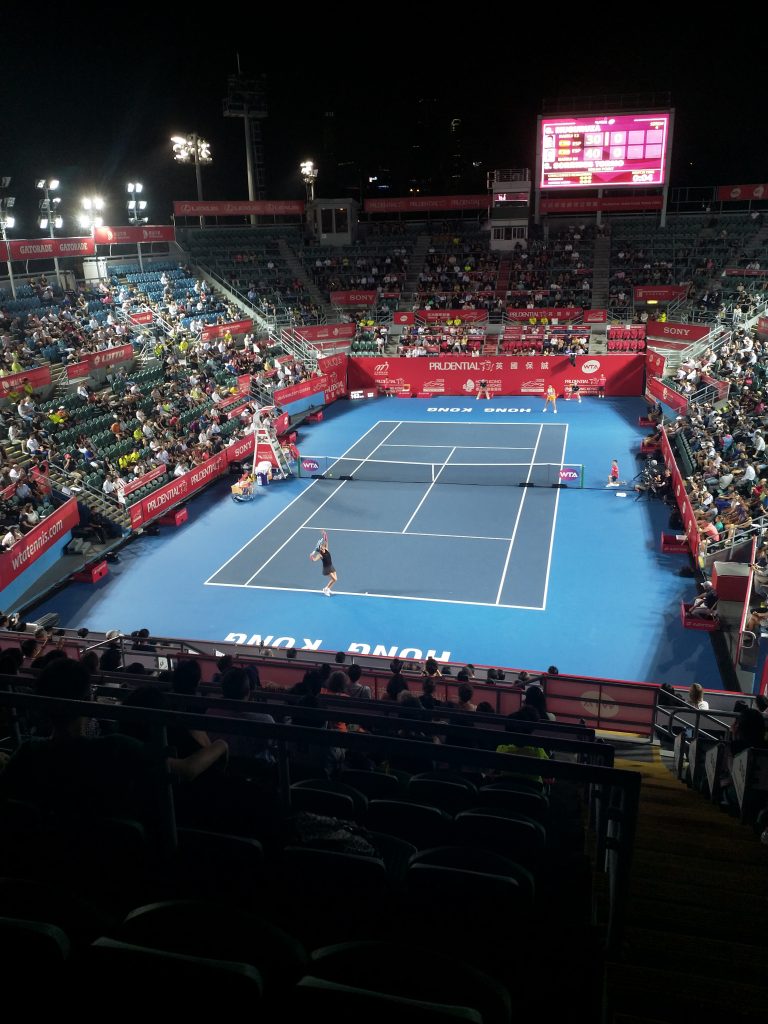 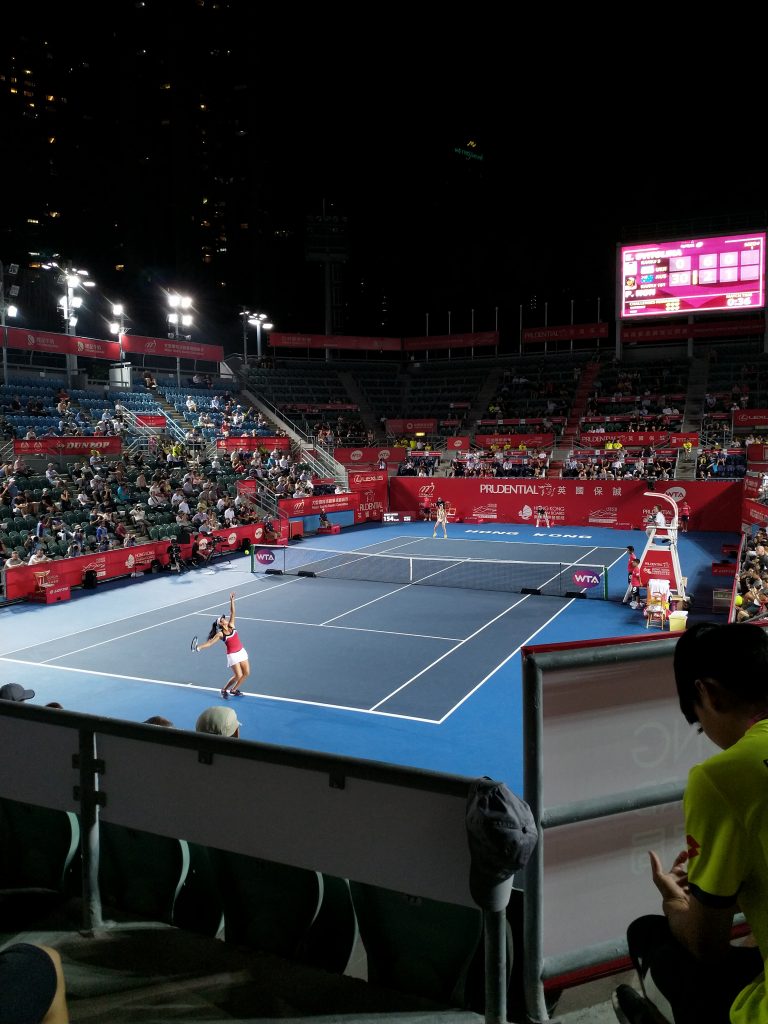 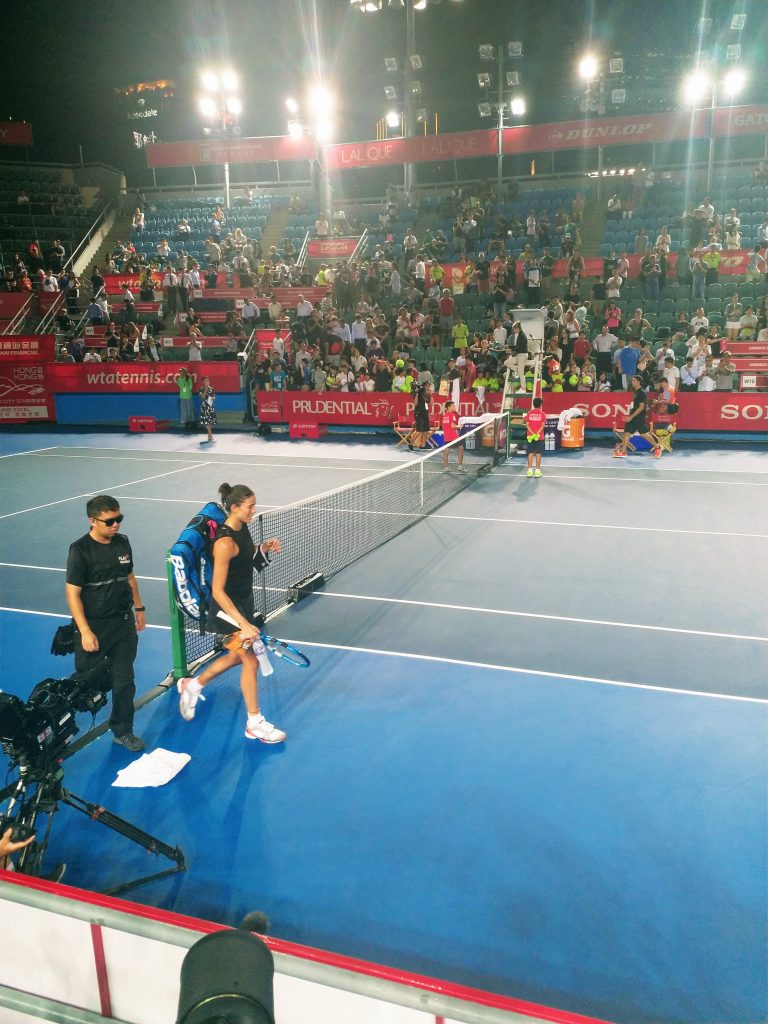 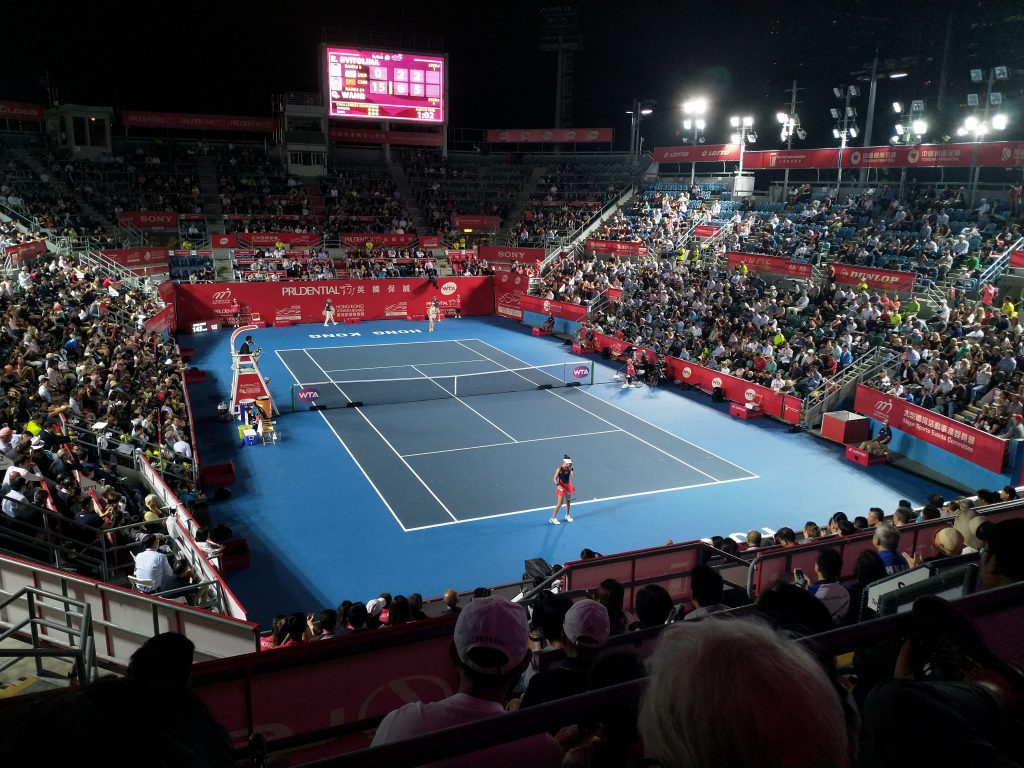 EDIT: While writing this, I found out that the Hong Kong Tennis Open was awarded WTA’s ‘International Tournament of the Year’. WOW! 👏👏

That’s all for this week. Woohoo I love tennis. Shoutout to Ting Yu for convincing me to buy tickets for the quarter-finals, it was well worth it.