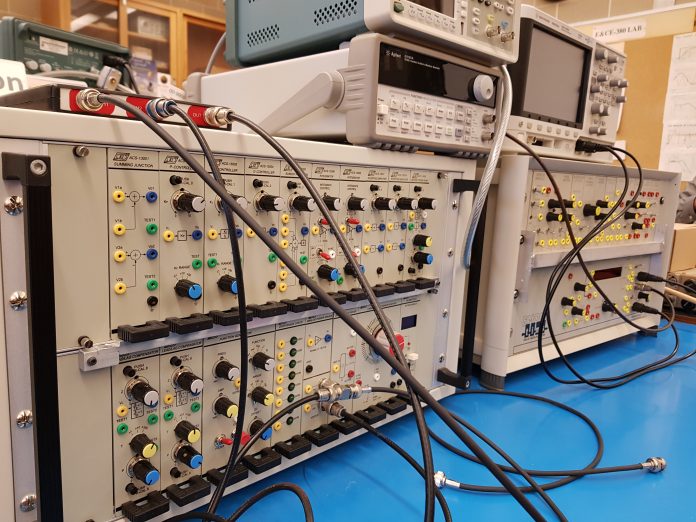 Pretty good equipment provided for students to use during Lab sessions

Week 3 was when we really settled into school and course workloads picked up. Some modules required groups to be formed and we got to meet new friends because of that. It was also a good time to join clubs and UWaterloo’s version of fifth rows to expand on our interest as well as make good use of our time abroad.

We have joined a variety of clubs for interest such as acapella and break-dancing. It was interesting to notice the differences in how the clubs are carried out as compared to Singapore and SUTD. Nevertheless, it was still fun and enriching.

Week 3 was slightly exhausting but we had fun and explored the surroundings of Waterloo briefly during the weekend, going to the Fairview Park Mall and shopping. Weather this week was cooler, with fall officially starting during the weekend. Temperatures were a comfortable 15 degrees, a sweater is sufficient. The Canadians are still in shorts and crop tops.

Tip list:
1) You can join fifth rows by emailing the respective groups and asking for information. There will be a little fair held during orientation week that had counters for fifth rows, but not all the fifth rows are represented and there wasn’t a fifth row showcase that put up performances for publicity, therefore you might miss some clubs that you might be interested in. But UWaterloo is big and there are all kinds of clubs so ask around and you should be able to find one that interests you.