So for this week, amidst all the slight tremors and my weak heart getting shocked so many times, i participated in some voluntary activities again~ Firstly, i went police patrolling again, but this time at a different district. This took place at the Cheonglim Police Box. 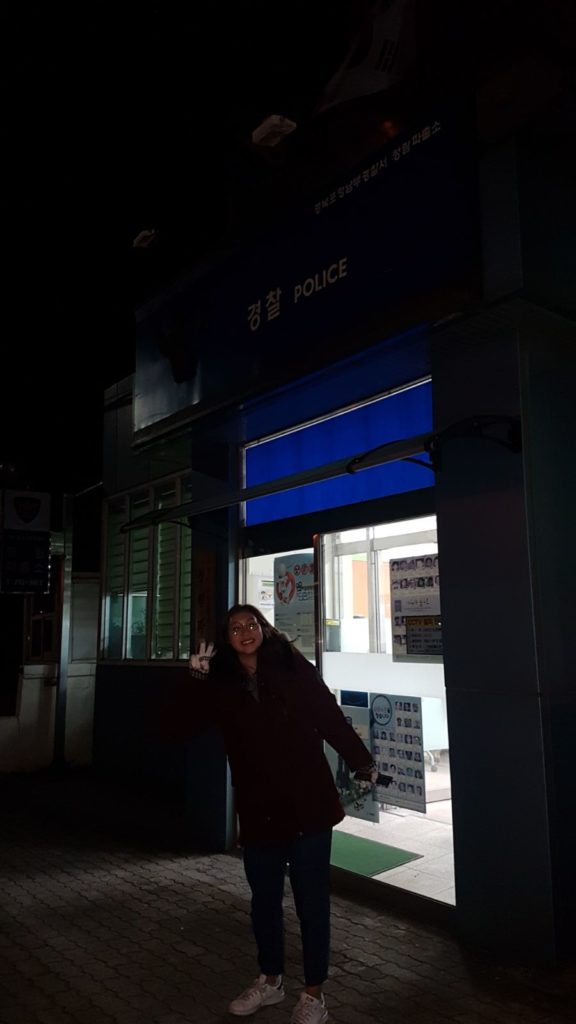 I totally understand why all these patrols were so important. Since it was getting closer to winter, it got dark really really fast. And the roads are not very well lighted up, especially in the smaller alleys. You know those small dark creepy alleys in korean drama where females gets abducted? Yup it kind of had the same feeling. Maybe it is because coming from well-lighted Singapore streets, makes me feel a little unsafe in all these dark roads. But regardless, with the constant patrol of the police and volunteers around the streets, it really makes the area feel safer and well-protected. And there we go, i was part of this police patrol too! I even wore the luminescent vests and held the light batons~~ I feel like i’m officially part of the police force already, protecting the community from any evil. Really love this volunteering activity since it not only allows me to get some exercise done but i can explore the area and most importantly, really help the community by giving this sense of security. The people i met during this activity were pretty cool too! They were like our korean grandfathers (that’s what one of the ahjusshi called himself). Although language barrier was definitely a problem, but once we overcame that through communicating with our body language, the interaction with the other volunteers and police ahjusshis is something i would never trade anything for.

And here’s a picture of me in my patrolling outfit!! no idea why i am looking away from the camera though.. haha 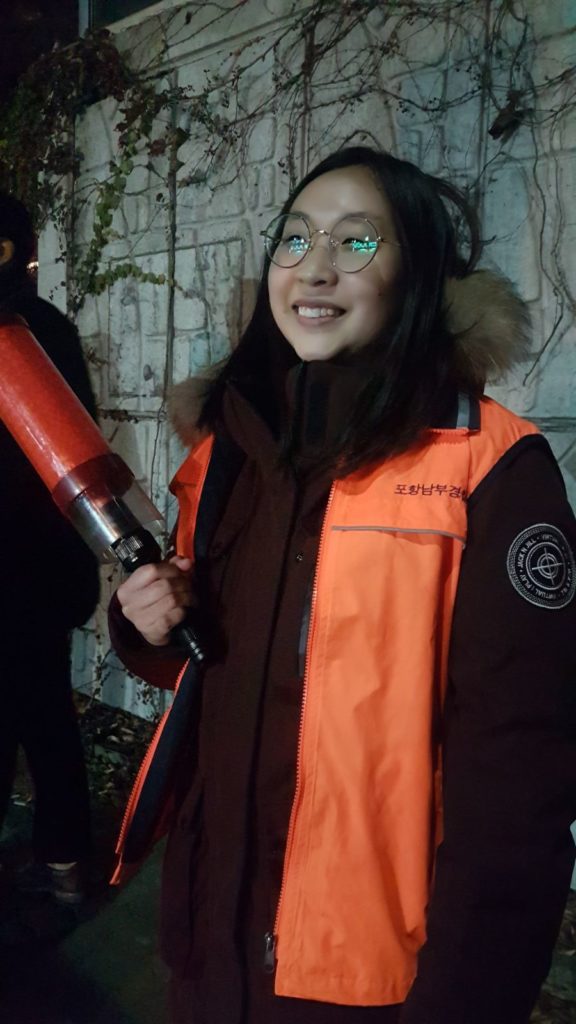 So another voluntary activity i did this week was Kimchi making!!!! In the land of Kimchi, how can i not learn how to make kimchi right? So there we go! This activity was for the 가족사랑요양원, which was a nursing home. In this nursing home, they cooked meals for the elderly residents and even korean meal must have kimchi and radish. So, this time, the nursing home needed to make a large batch of kimchi to sustain the elderly’s meals and there was what i helped out at. Once again, language barrier proved to be a challenged since all of the helpers could not speak English. But regardless, with the power of body language, i was able to follow the actions of the helpers and tadaaaaa that was my first experience in making kimchi~ The ahjummas were so nice, they were so patient with us even though we couldn’t understand them and they constantly fed us freshly make kimchi. and oh myyyy that was by far the best kimchi i ever had. SO GOOD, SO CRUNCHY AND THE TASTE WAS SO INTENSE AND GOODD. It was totally different from what we usually eat outside. Now every kimchi i eat will have to match up to that standard.

And here’s a video of how it went during the Kimchi making process.