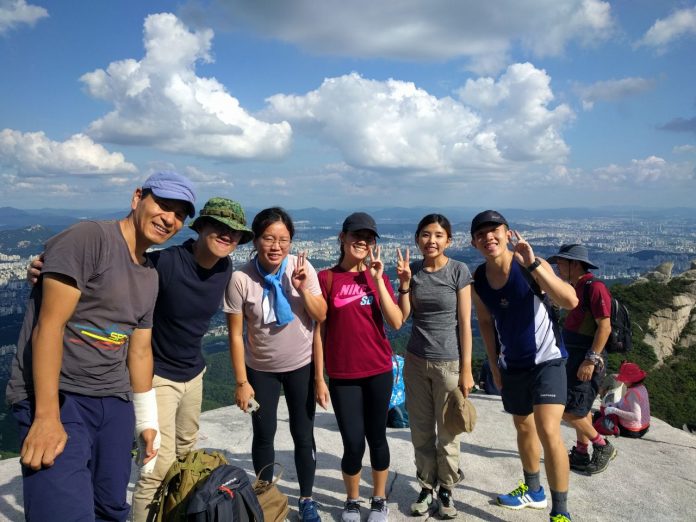 This is the first part of a series of posts from students living at Sungkyunkwan University.

Sungkyunkwan University is the oldest university in Korea and it was founded in 1398 in the Joseon Dynasty. It has mainly two campuses in South Korea, the Humanities and Social Science Campus in Seoul and Natural Science Campus in Suwon. Depending on your major, you might have to alternate between the two campuses for studying or if you are lucky you have all your modules in one campus. The travel time between campuses is 1 Hr 30 Mins! 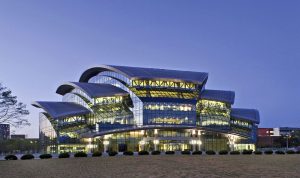 Library at Suwon Campus! The campus at Suwon is generally much bigger than the Seoul Campus and you can find most of the engineering modules here. 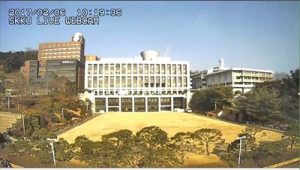 Campus at Seoul! The campus in Seoul is much smaller and you can find most business modules or Hass modules here. The good part about staying in Seoul is that the city is more happening and the old school grounds where they taught the past kings and queens of Korea is located here as well. Often you see a lot of excursion buses bringing primary school kids to view these architecture.

Enough with the introduction! Week 1 was relatively tiring as we got used to the pace of travelling between campus and finalising the modules we take. In SKKU, we need to bid for our modules prior to the start of term. If we fail to get it during this bidding phase. there is a second chance for us  to get the module. We would just need to attend the first class of the module and get the professor’s approval. Subjected to classroom capacity, the professor would generally allow you to take his course if there is space for you to sit in class.

Week 1 was generally slow-paced as professors gave introduction to their courses and revisions on past topics so there was lots of time to sightsee as well! 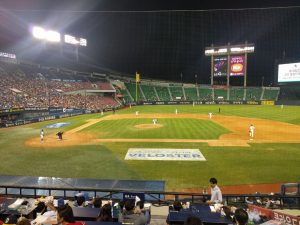 Baseball game Doosan Bears vs KIA Tigers. Prices for seats ranged from 4000won(outfield seats) to 44000won(VIP Seats). Weekend prices +2000won to normal prices. The game started @ 1830 and we left around around 2130. At that time only 8/12 rounds had been played. They also serve chicken, beer and pizza in the nearby stands. Unlike singapore concerts, they also allow you to bring outside food in! We even got free oysters from the korean audience when the team scored. The atmosphere is very lively and I recommend you to visit a game if you have the chance! 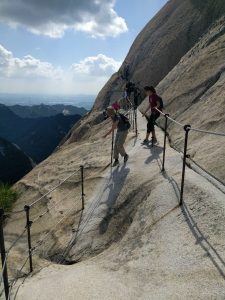 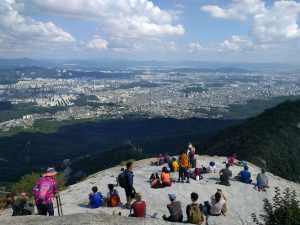 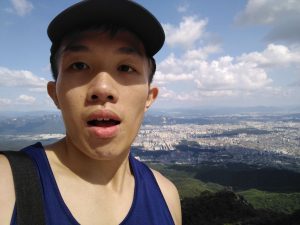 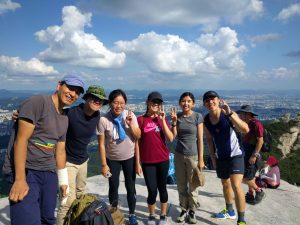 We took 7 hours for the whole bukhansan trip! I climbed with Nicholas from yonsei and Melissa from SKKU as well. We attempted the climb with hongkong friends we made in SKKU. We even set the next date to climb sereoksan natural park in october(fall).