Had an amazing weekend in Cheongju with Kyungha’s family. We (Jacob & myself) were hosted by her family living in Cheongju and we had a great weekend with her family.

The 3 of us headed down from Seoul in the early morning and reached Cheongju at about 11am. Kyungha’s family were in the midst of preparing Kimchi and we helped out in the final process. It was fun to experience how it feels like to be making Kimchi alongside with Kyungha’s family. We also had lunch break during the kimchi making.

After the Kimchi making, we spent a bit of time playing with Kyungha’s little brother and his friend. We actually learnt quite a of korean when conversing with them!

We headed to a cafe afterwards with Kyungha & her dad. Food was good and we had interesting conversations where we were talking about different things in our own countries. (South Korea, Singapore, Denmark).

Ranging from food, cultural to education, it was really interesting to learn more about other countries through the locals. Fun-fact: I also learnt that 2019 is the 60th cultural anniversary between Denmark and South Korea.

Afterwards, we headed back for amazing home-cooked food by Kyungha’s mum. Food was really amazing. After that, we went around the area and up a mountain for an amazing view. We then ended the day with supper back at their house.

We started the day with an amazing breakfast before visiting the art museums nearby. Afterwards we had lunch and headed back to Seoul to conclude our amazing weekend. 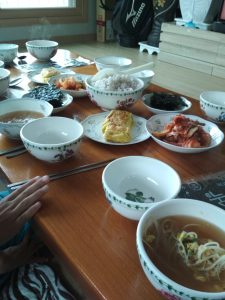 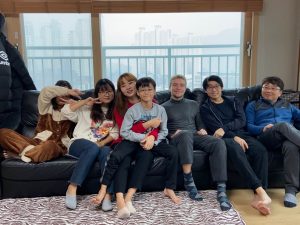 6 Qualities That Sets SUTDents Apart From Others

SUTD ushers in a new dawn for energy research in Singapore

What Are Employers Looking For?