After the mid-terms, we had more free time at hand and decided to look for places to venture out of Seoul. A place in everyone’s bucket list is Jeju-do. After checking out the flight prices, we were surprised to find that depending on the flight dates, getting a Jeju Air two-way ticket from Seoul to Jeju can be relatively affordable, at less than SGD80. We booked a short trip to the Hawaii of South Korea.

It is difficult to get around Jeju with only public transport and thus many drivers who go there choose to (first get an international driving permit, and) rent a car. However, as we all did not have a license at that time, we hired a private driver to bring us around the island.

As there are way too many attractions to mention, I will be summarising our trip and focusing on the food that we have tried on the island. 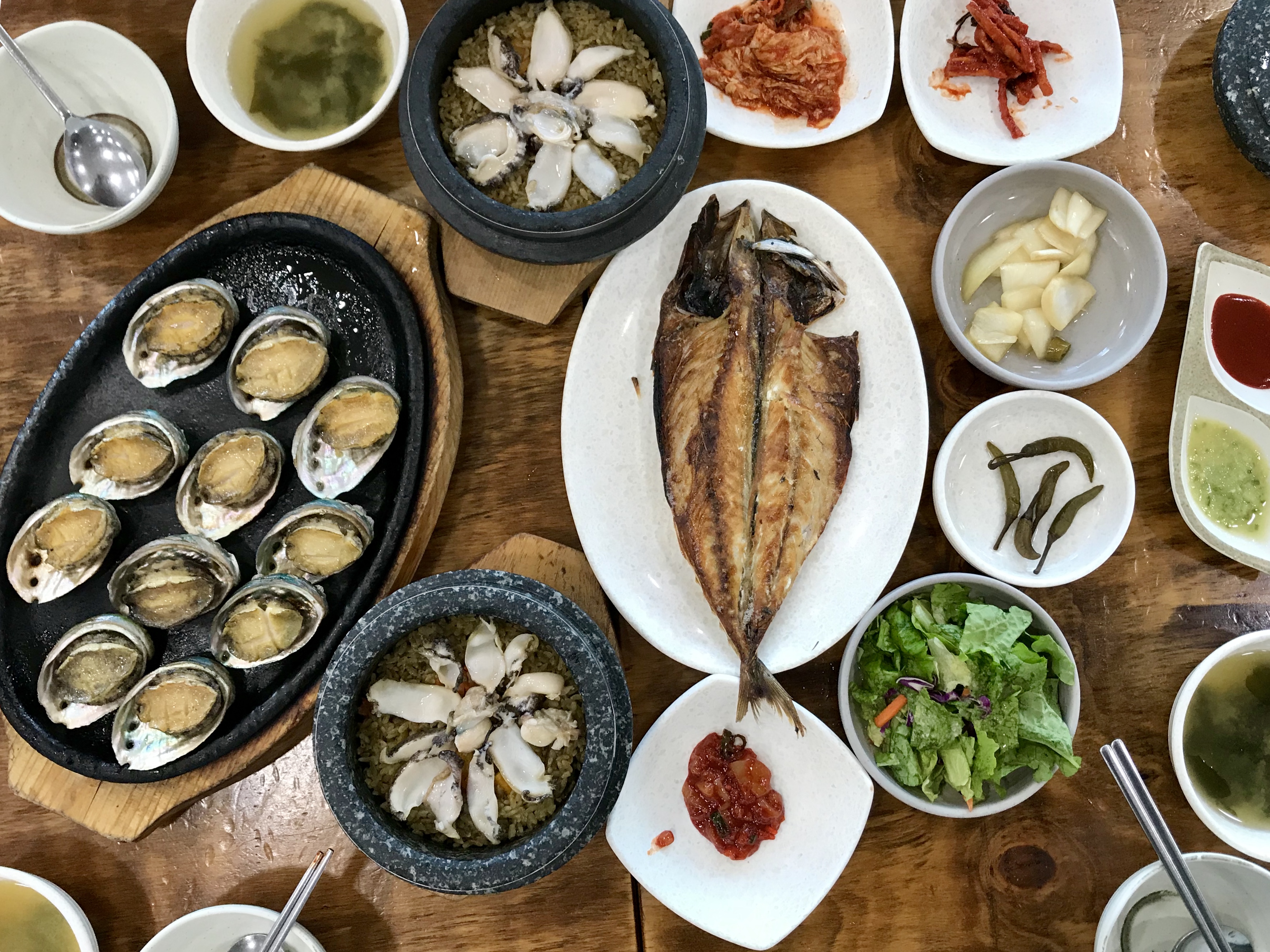 Our very first stop of the day was to ask the driver to bring us to the north-eastern tip of the island to have the famed abalone restaurant for early brunch. Even though we were warned to expect an hour-long queue, we were fortunate to wait only about 10 minutes for a table as we arrived way before the peak lunch period at about 10 am. We ordered grilled abalone and abalone sizzling stone pot rice, which were both amazing, especially since I have hardly eaten abalone out of the can before. While the prices were not cheap, they were still pretty reasonable for fresh abalone out of the water that was just caught by the ajummas of the restaurant not too long ago. 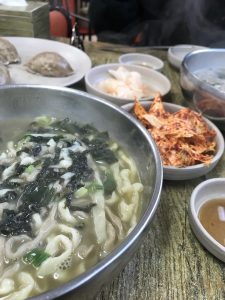 Who knows better about good food in the island other than the locals, right? Our superb driver brought us to Hareubang Milmyeon that is a noodle restaurant popular among locals. There, we had the best dumplings or mandu we ever tried in Korea and had Buckwheat noodles with escargot. While I may not be a seafood-lover, I will nonetheless recommend it to anyone who is looking for delicious and one of a kind food in Jeju.

Jeju Dongmun Traditional Market is a good place to get traditional Jeju food items, Jeju snacks and the famous Jeju hallabong and tangerines at a bargain. We managed to get 15 boxes of assorted Jeju chocolates at only ₩10,000 (or SG$12)! Needless to say, we left the market with loads of Jeju food including assorted flavoured rice crackers, chocolates and some hallasan honey.

The end of Dongmun Market also sells an array of street food until late into the night, making it a good place to have late dinner or supper. 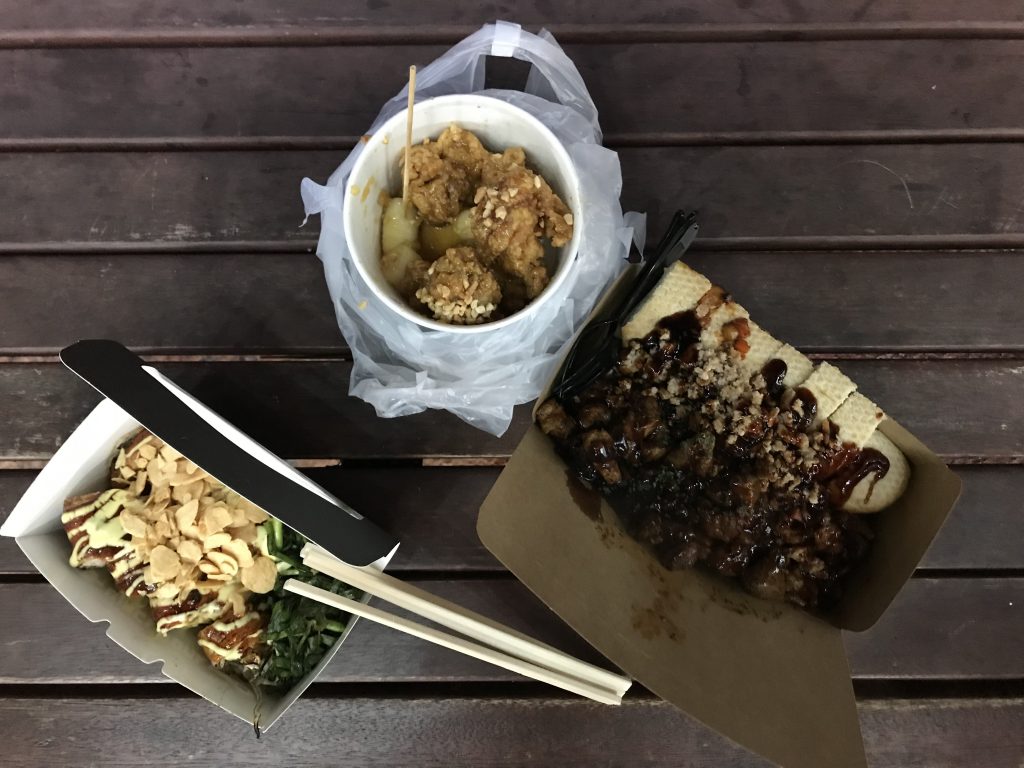 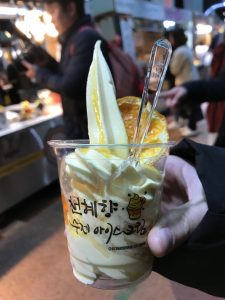 Jeju island is truly a tourist destination with the abundance of delicacies and beautiful scenery it has to offer. Even with a 3D2N trip, it just seems us that there are too many attractions and too little time to explore the island. We enjoyed our trip greatly thanks to the amazing driver who took us to delicious local food as well as being an impressive photographer.