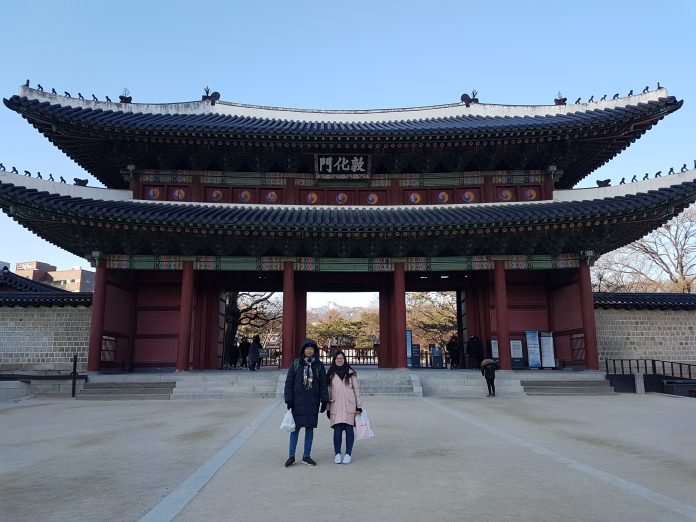 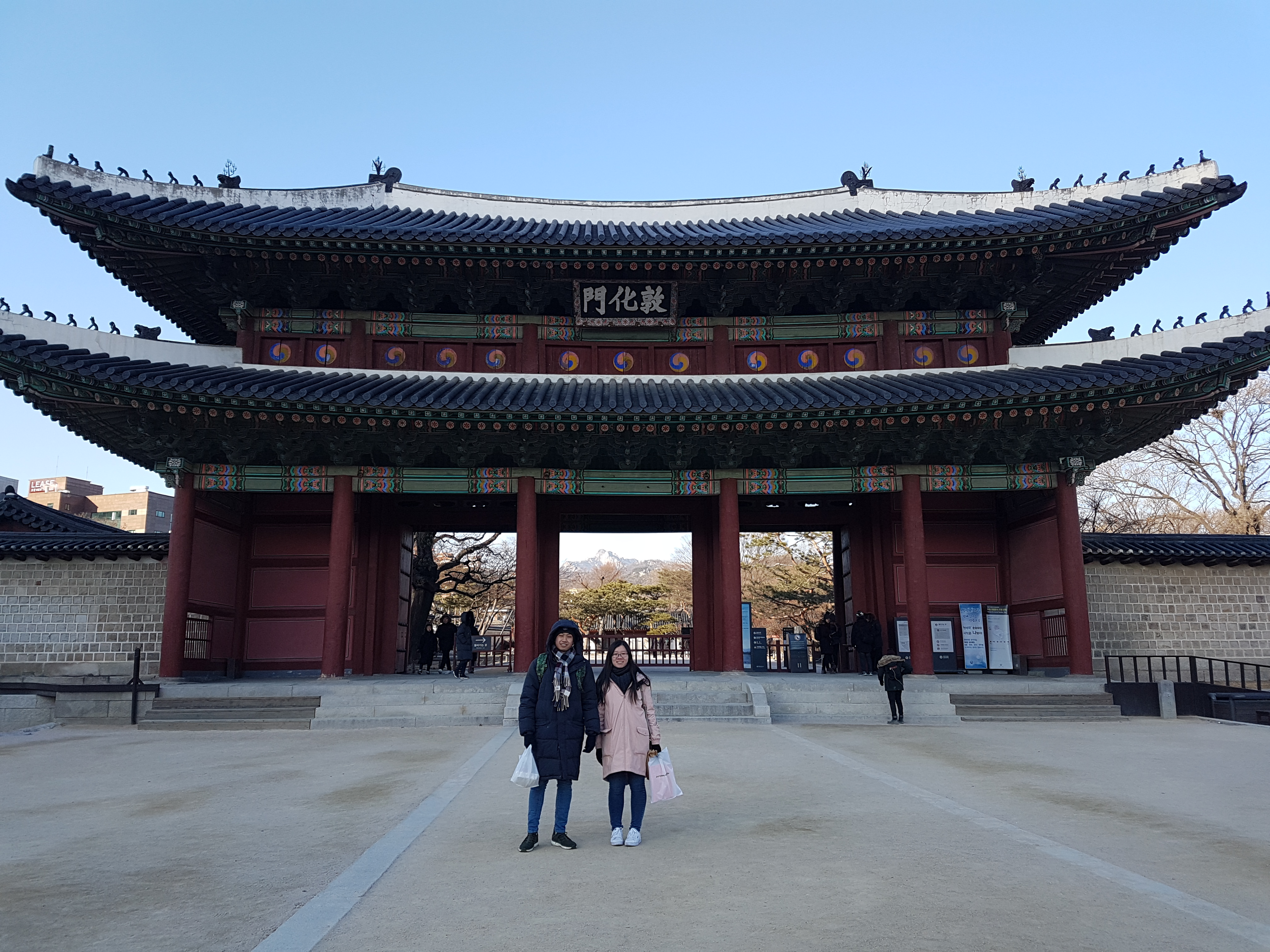 Changgyeonggung Palace is originally built as Suganggung Palace by the 4th ruler of the Joseon Dynasty and is famous for having a “secret garden” that is extremely beautiful.

However, it was a real pity that by the time i reached the palace, it was too late for me to enter the garden. However, I still got to explore the other parts of it like the residence of the concubines and the queen and the different courts. 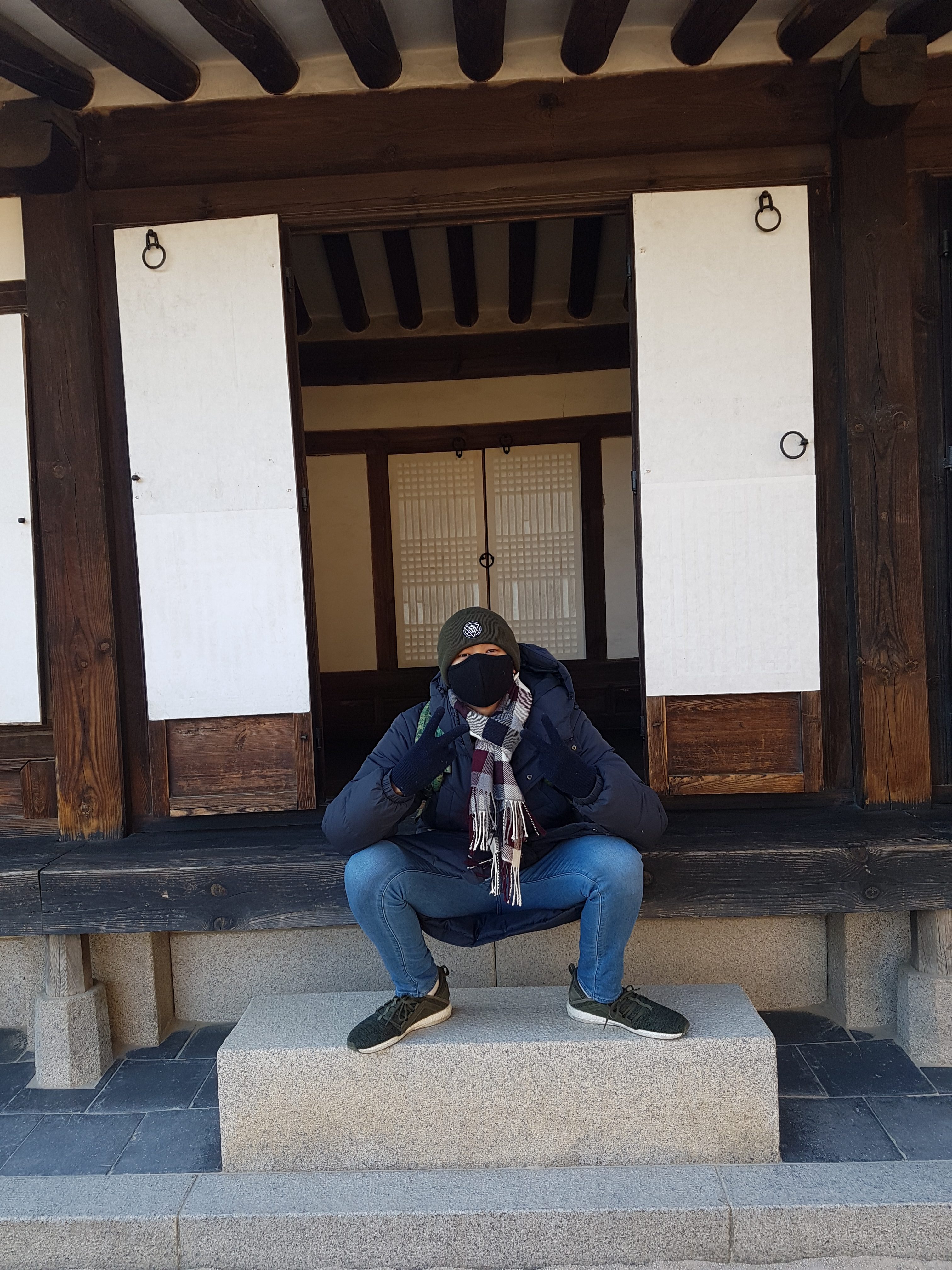 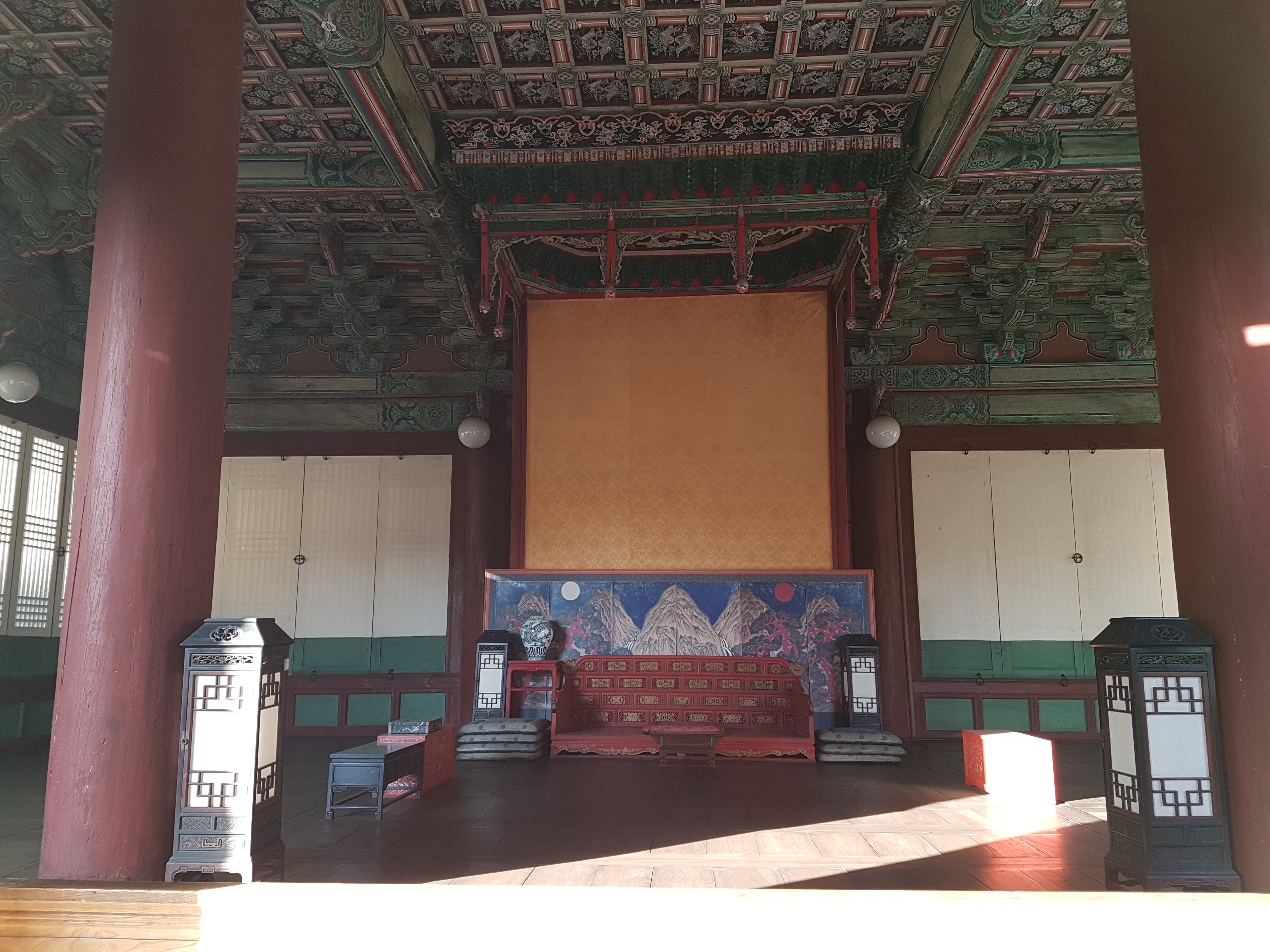 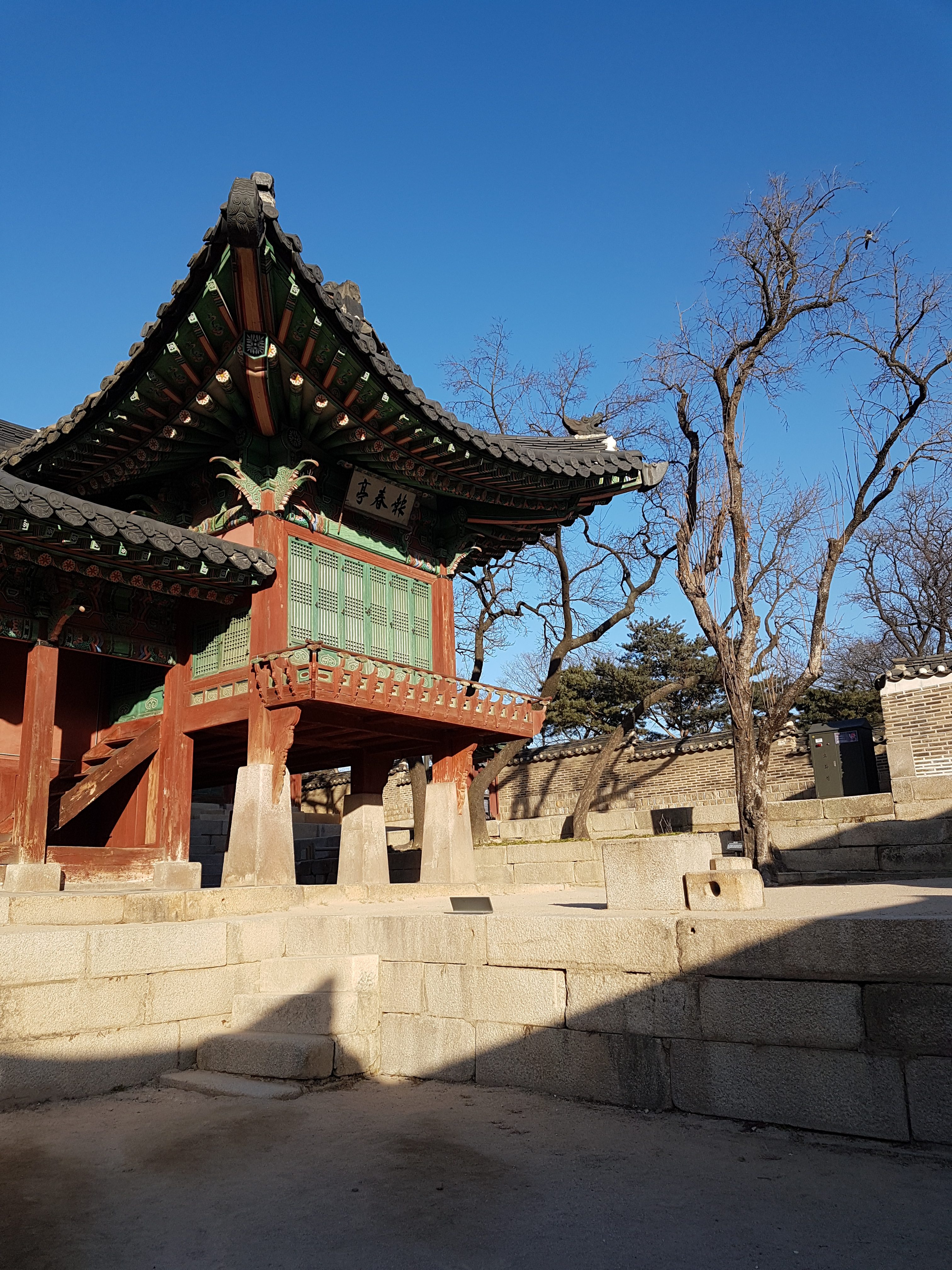 The architecture was actually pretty similar to chinese artitecture. Most of the buildings were labelled in chinese as well as the korean alphabet system was used only in the recent 200 years. Most official documentations were done in Chinese back then.

After visiting the palace, I headed to GwangJang Market which was only a 15 min bus ride away.

The most famous dish within the market was raw beef and squid. Although the squid is alraedy diced up, it was still moving. Throughout the whole meal which lasted more than 30 min. The squid was actually still moving. 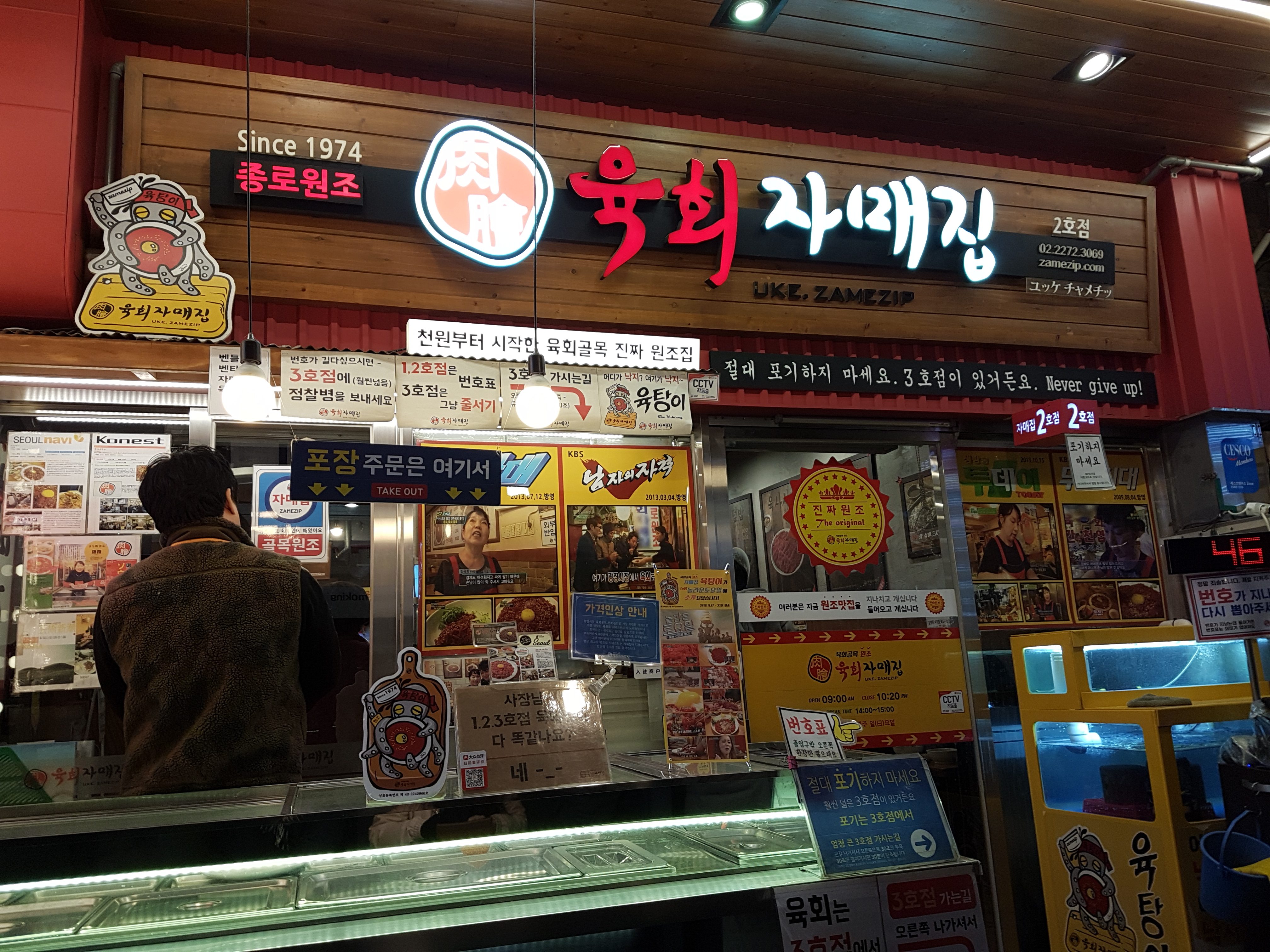 The texture of the squid of really firm and not mushy like i imagined.
However, there is no distinct taste to it and it needs to be coupled with the sauces provived.

The larger pieces would stick onto the inside of my cheeks and it was a really weird sensation.

The beef mixed with the egg was already really delicious. The meal was also really reasonable priced at 28k won (around 35 sgd) and there was too much for even 2 of us to finish.