Hi Guys! Nicholas here! It’s my turn to blog for week 2 here at NTU, it’s National Taiwan University, not the NTU that we normally think of back in Singapore, and the first result you get when you google NTU…

Oh wells, it’s week 2! The first week of our School term! Maybe I should start by explaining more about how the school is run, and how one goes about choosing courses here at NTU. (Every school has their own method of doing so … SUTD has it’s first-come-first-serve policy, NUS it’s bidding using credits… NTU (the Taiwan one) has their own, slightly longer process for the selection of courses…)

There are 5 different stages to bidding for a course here at NTU, but to make things simple, it can be classified into the following 3 stages (IMO):

To make things simple, stages 3,4 and 5 has been combined, at my discretion, into one big stage, which I will go on to explain more about later.

Now, for a dumbed down version of the different stages to select a course here at NTU.

The first stage, preliminary Course Registration Stage 1, is the stage where you start to choose your courses that are available to you. The same applies for Stage 2 as well. There are some minor differences between the first and second stage where you are not allowed to register for some courses in Stage 1, but allowed to in Stage 2 due to faculty restrictions, but that difference is not that important, as they both pretty much work the same way. (Note: There are some courses which are not open for registration during both the above stages, it depends on the registration method of the given course)

It would be best though, to get your courses settled within these 2 stages, if you can, as this would mean that you would be settled for your course registration, and would not need to worry that much for your course allocation. But if you can’t, which is very likely, as the way NTU goes about allocating slots for courses to students in the first 2 stages is via balloting, i.e. it’s by chance, so yeah, if you’re not very lucky (Wilfred), or the course you’re interested in is very popular (A.I.), you might not get the choice of courses you want.

But fret not! As the process of selecting your courses is not over yet! There is Stage 3! (By my own classification) This stage, IMO, is the most important stage to get the courses that you want to get. What you will have to do to get into the course of your choice is to, simply attend the courses that you want to take, despite not being registered for it, and request to be added into the class. That’s why you get scenarios such as this

The rooms are usually so packed where there aren’t enough seats for everyone, so it was quite an eye-opening experience… The lecturers all know what the students want, so they will go about listing their own criterion for accepting more students into the class etc. They all have this green slip of paper which contains a list of authorization codes that are unique to add more students into the class. Therefore, as long as you manage to get one of those slips, you are allocated a slot in the class. Also, some slots for the course might open up as students might decide to drop certain courses, so there’re plenty of opportunities to enrol in the class of your choice even if you did not get any classes in the first 2 stages! Be prepared to sit near the front of the class though, as there were many instances where the lecturer gave out the authentication codes on a first-come-first-serve basis, so it would be beneficial to be the first few in line…

The third stage lasts for 2 weeks, where you have to complete all your addition of courses within the first 2 weeks of school, before your selection of courses will be confirmed. It is also in this period where you will have to drop the courses that you do not want to take. You still can drop courses after this period, but I’m not too sure what the regulations are regarding the dropping of courses later…

Anyway, that’s what you need to know to survive Course Selection at NTU!

Now let’s move on to the credits system here at NTU. Every course here at NTU is given a certain number of credits (like everywhere else, duh), but one interesting fact to note is that the number of credits that each course is allocated, is usually directly proportional to the number of hours of lessons for that course per week! I.e. A course with 3 credits = 3 hours of lessons per week! Additionally, they only meet once per week for classes, so it means 1 super long 3 hours long class per course you take, where you essentially sit in class, lecture-style and listen to the lecturer. (Very Unlike SUTD!)

The best night market to go to for food, in my opinion would be:

Okay, don’t take me too seriously regarding the ordering of the last 3 night markets, as the main reason why Gongguan and Shida Night markets are ranked higher than Shilin is because it’s closer to NTU… ><

However, the best IMO is undoubtedly, Raohe Night Market.

My recommendations for the food to get at Raohe: 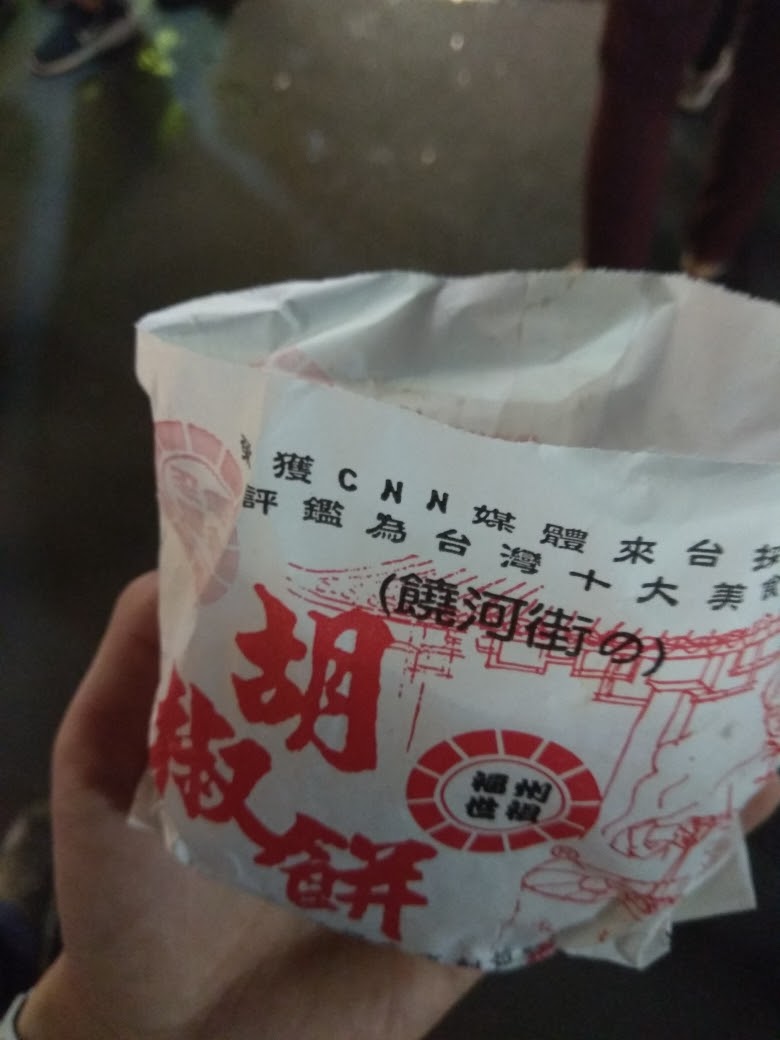 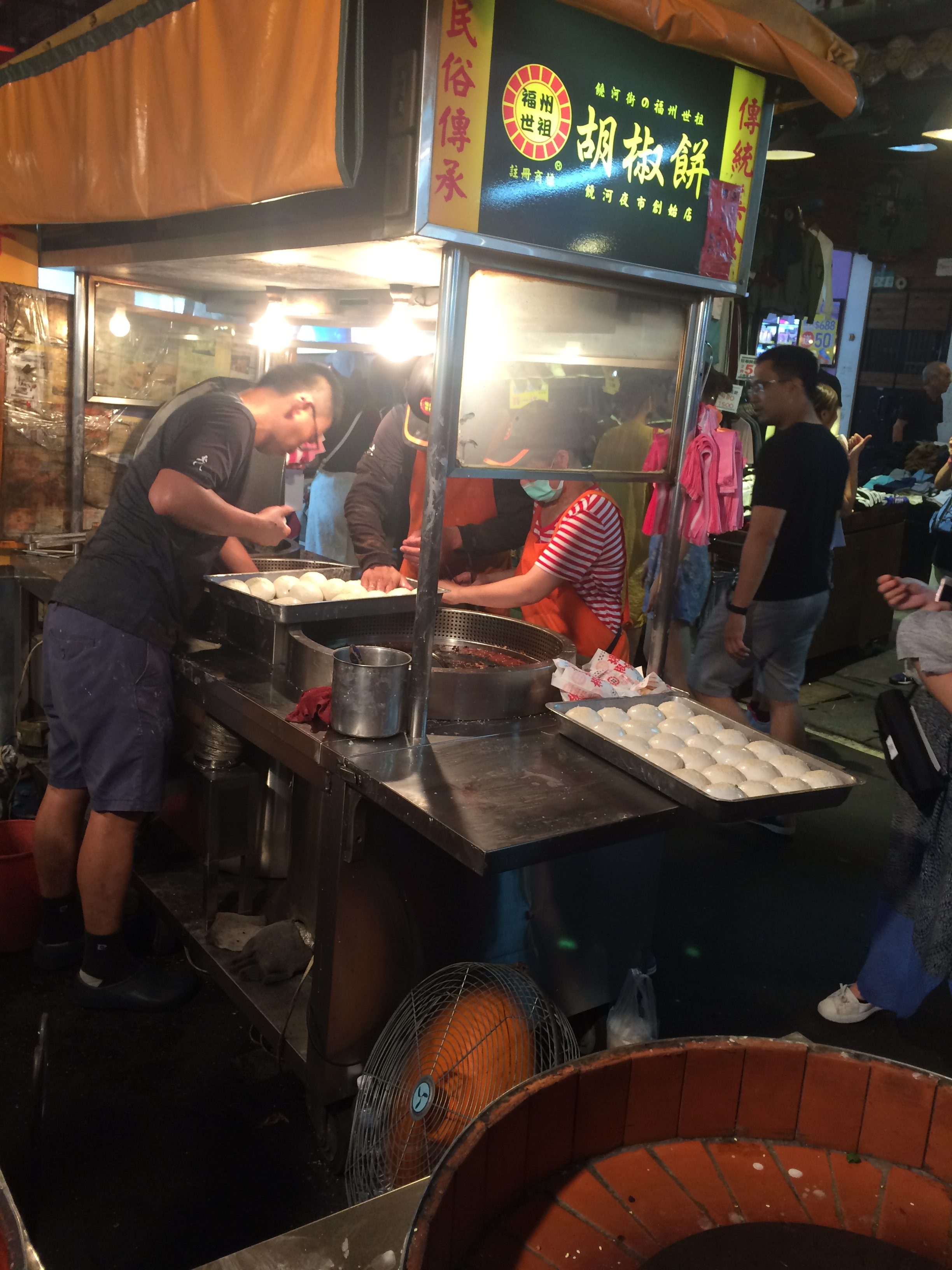 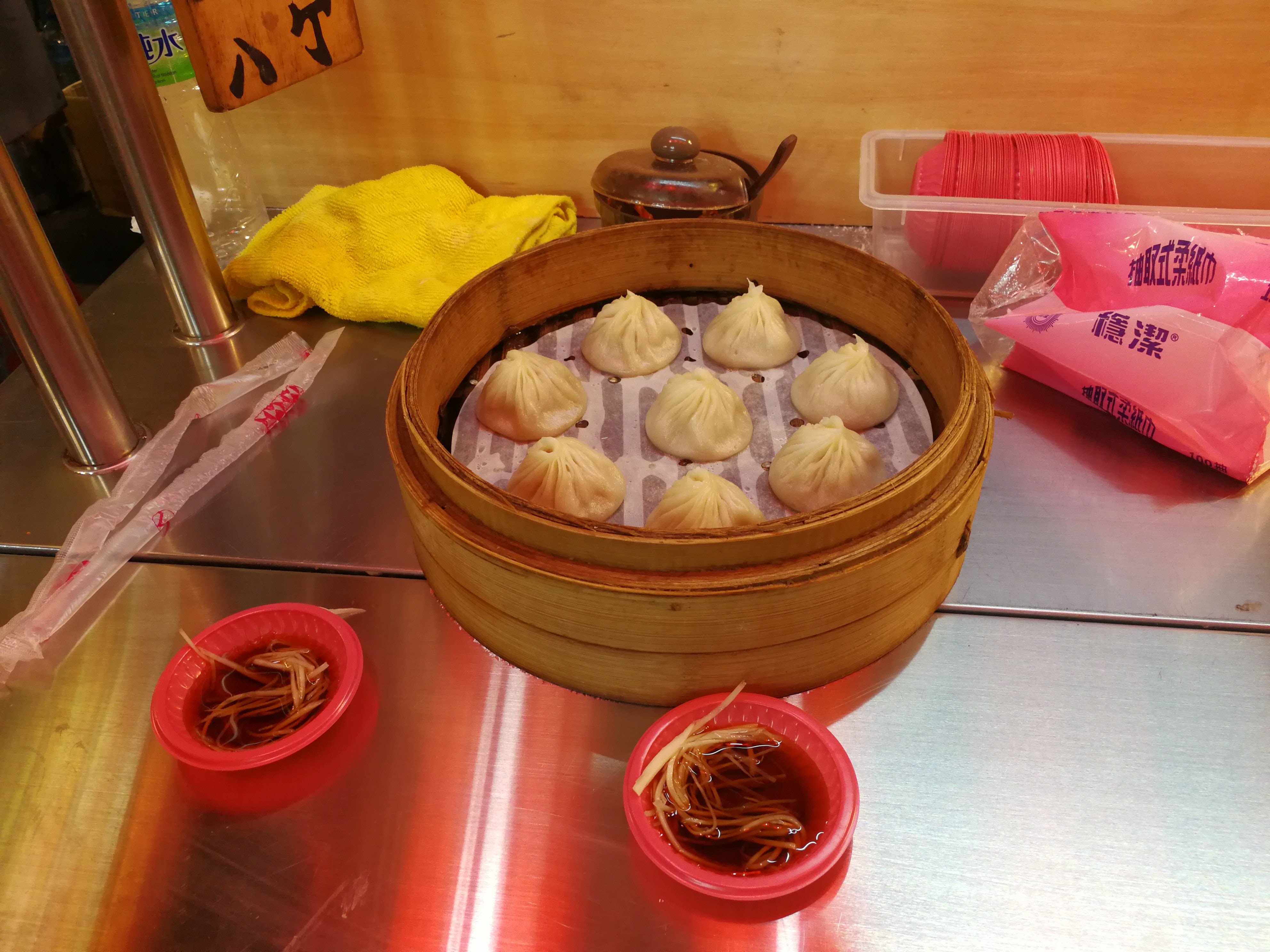 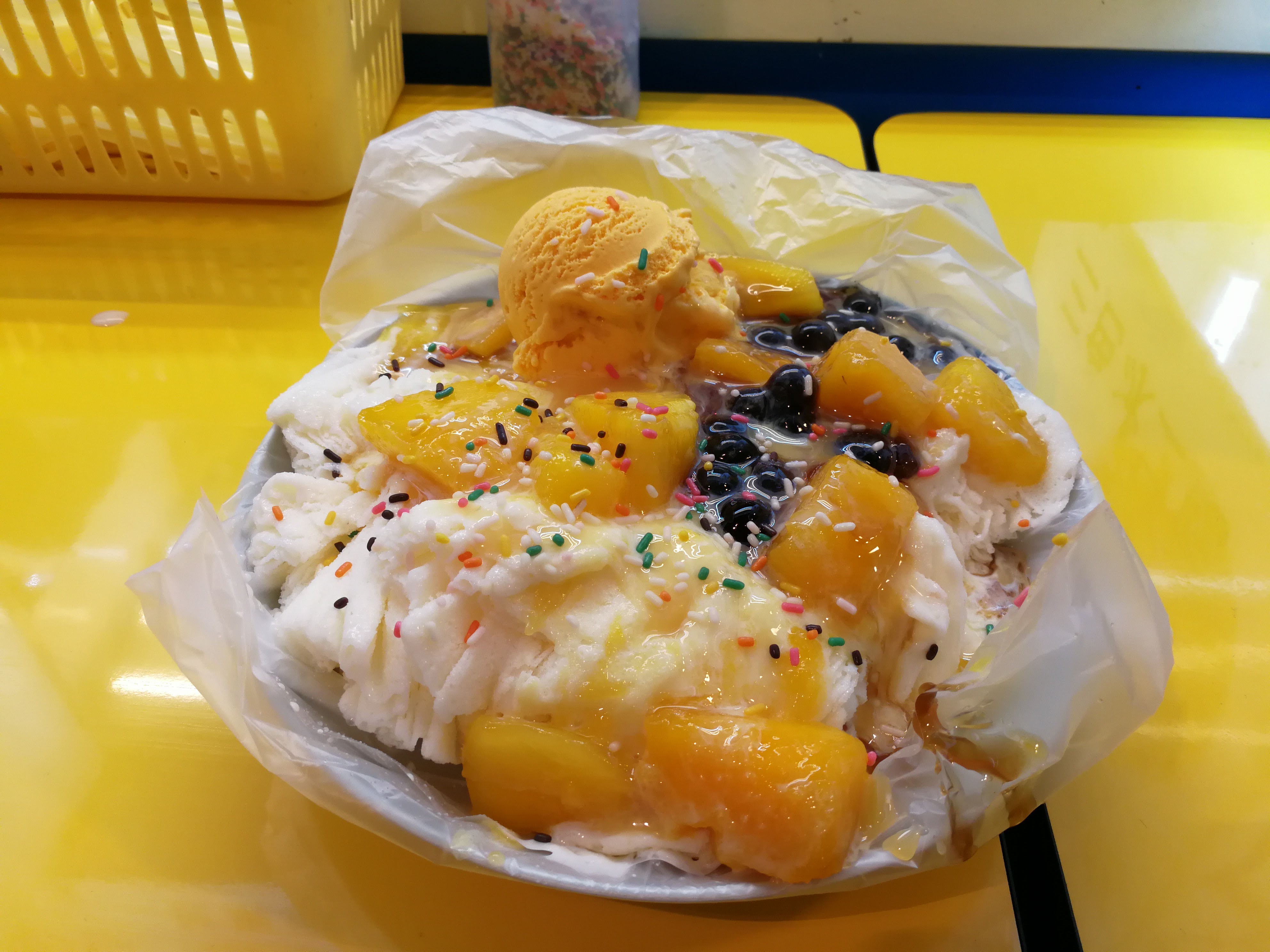 They have this small store there that pretty much sells everything that you need, something like a super mart, at cheaper prices, so do take a look at that store as well, again, no accurate description ><

Other places that we have visited would be the National Taiwan Museum! 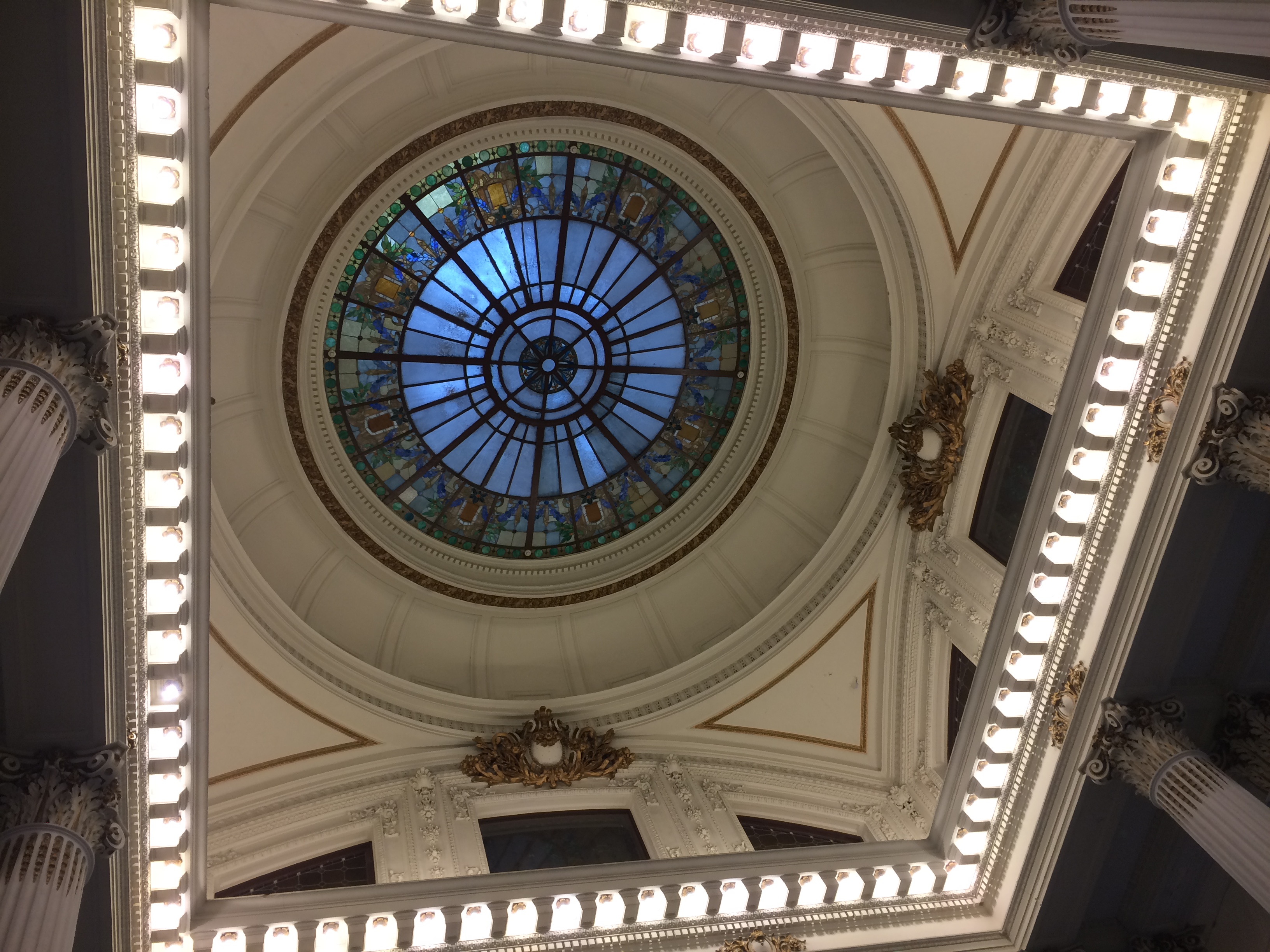 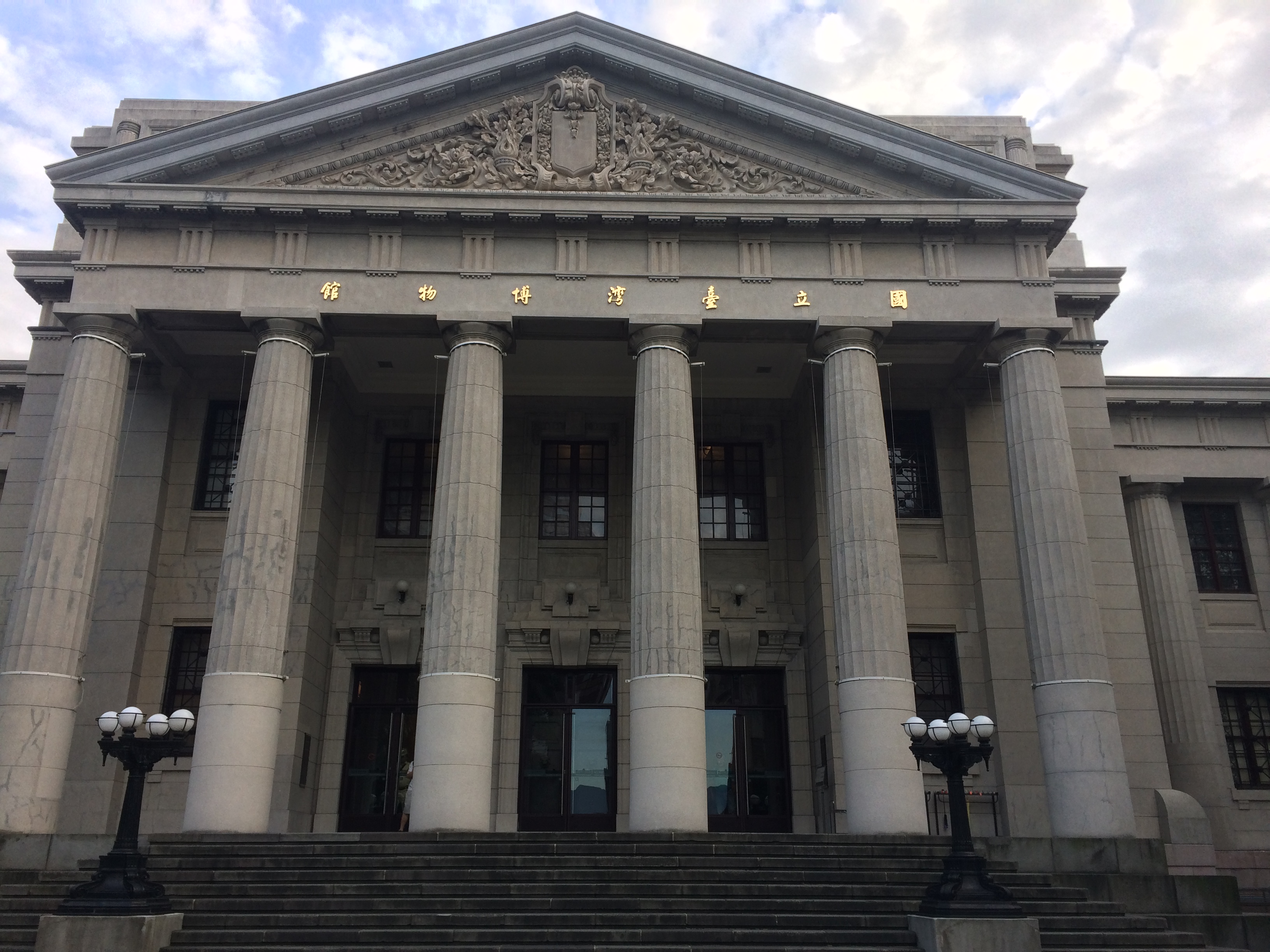 Where we were presented with rocks… How exciting! Alright, there were other stuff there such as the history of buildings in Taiwan and wildlife, but the most impressive and interesting to me were the rocks…

Take a look at some of the rocks produced by nature, and no, they are REAL Rocks, formed by Natural Processes! It was really cool! 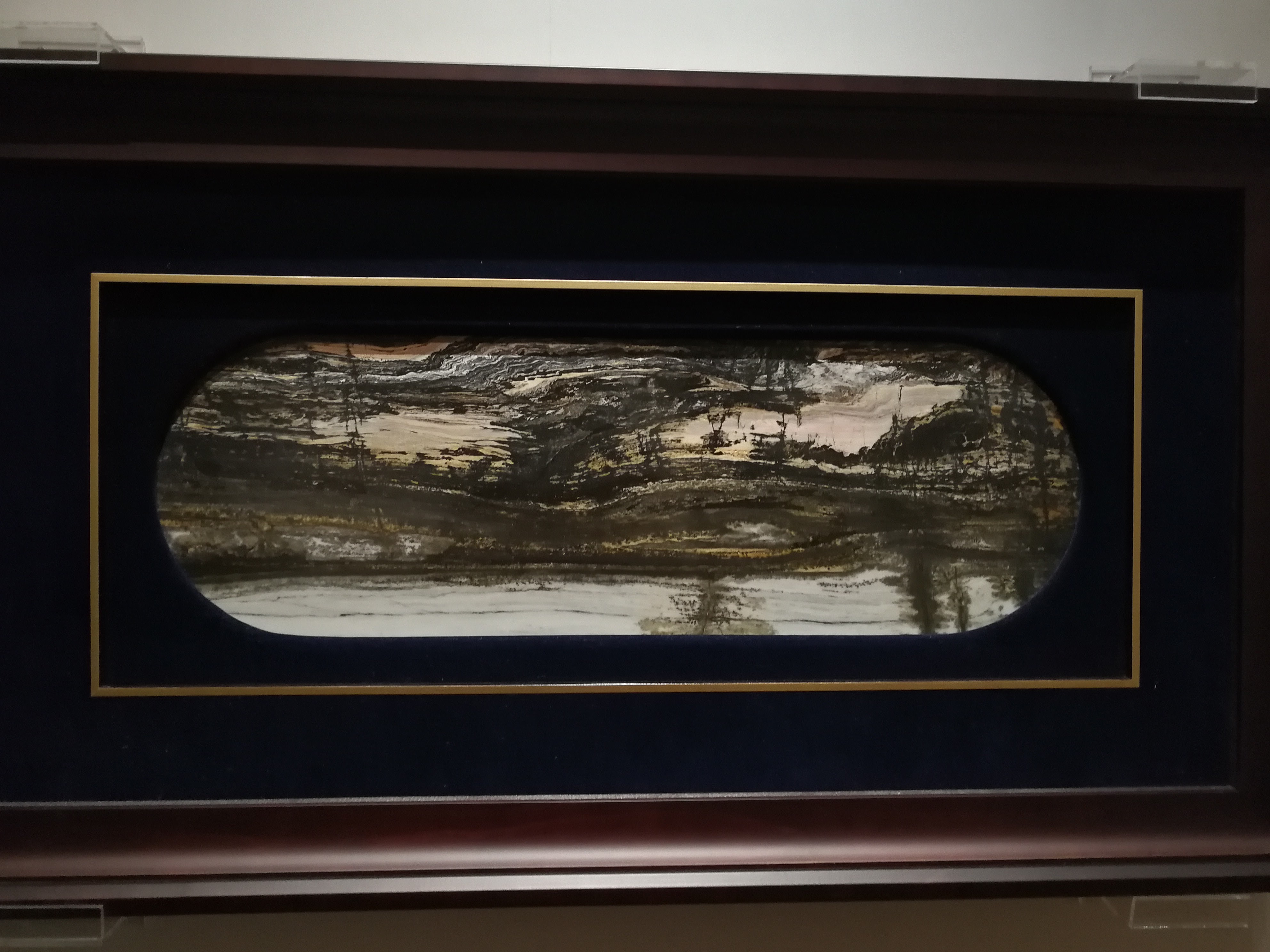 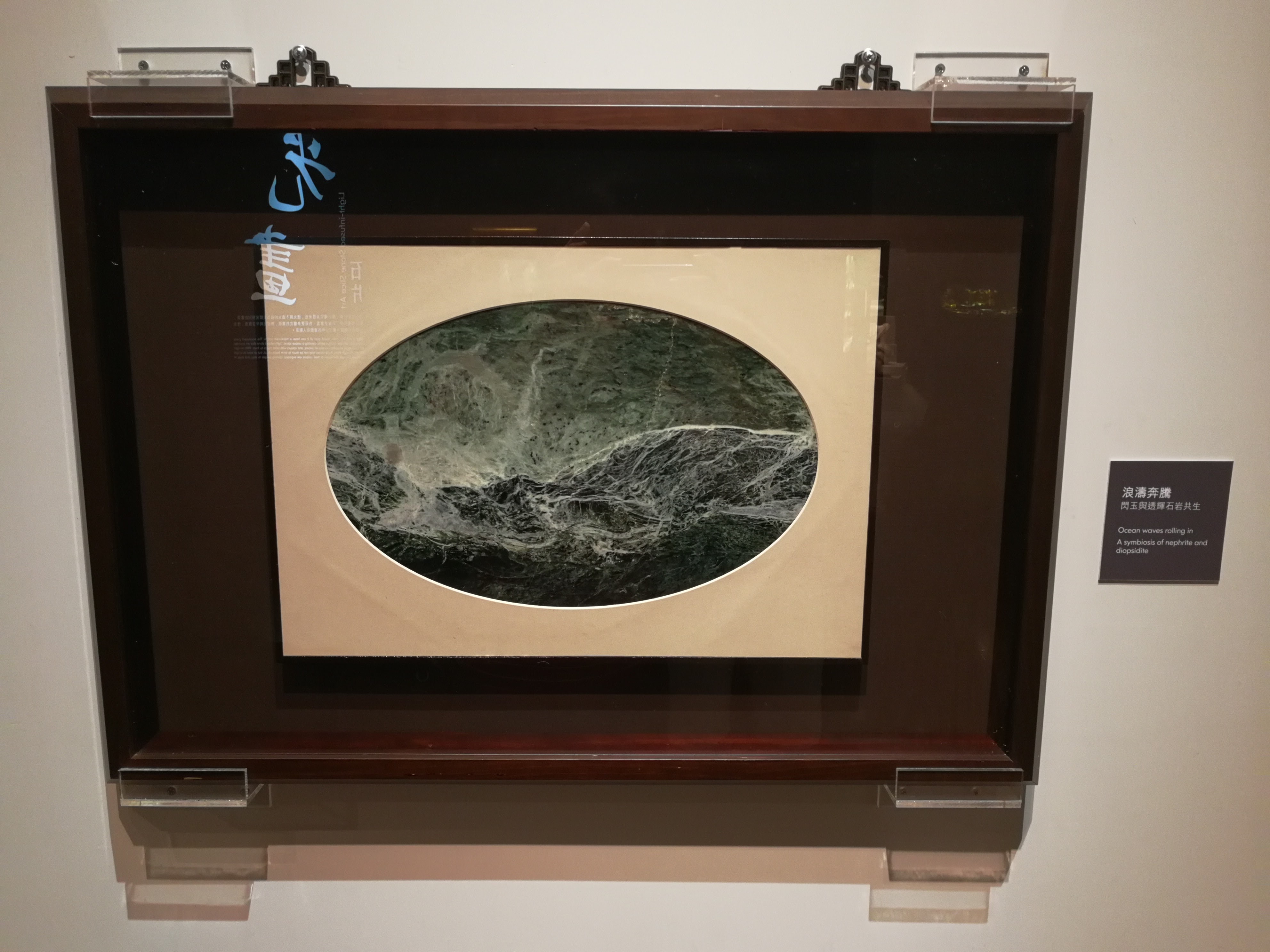 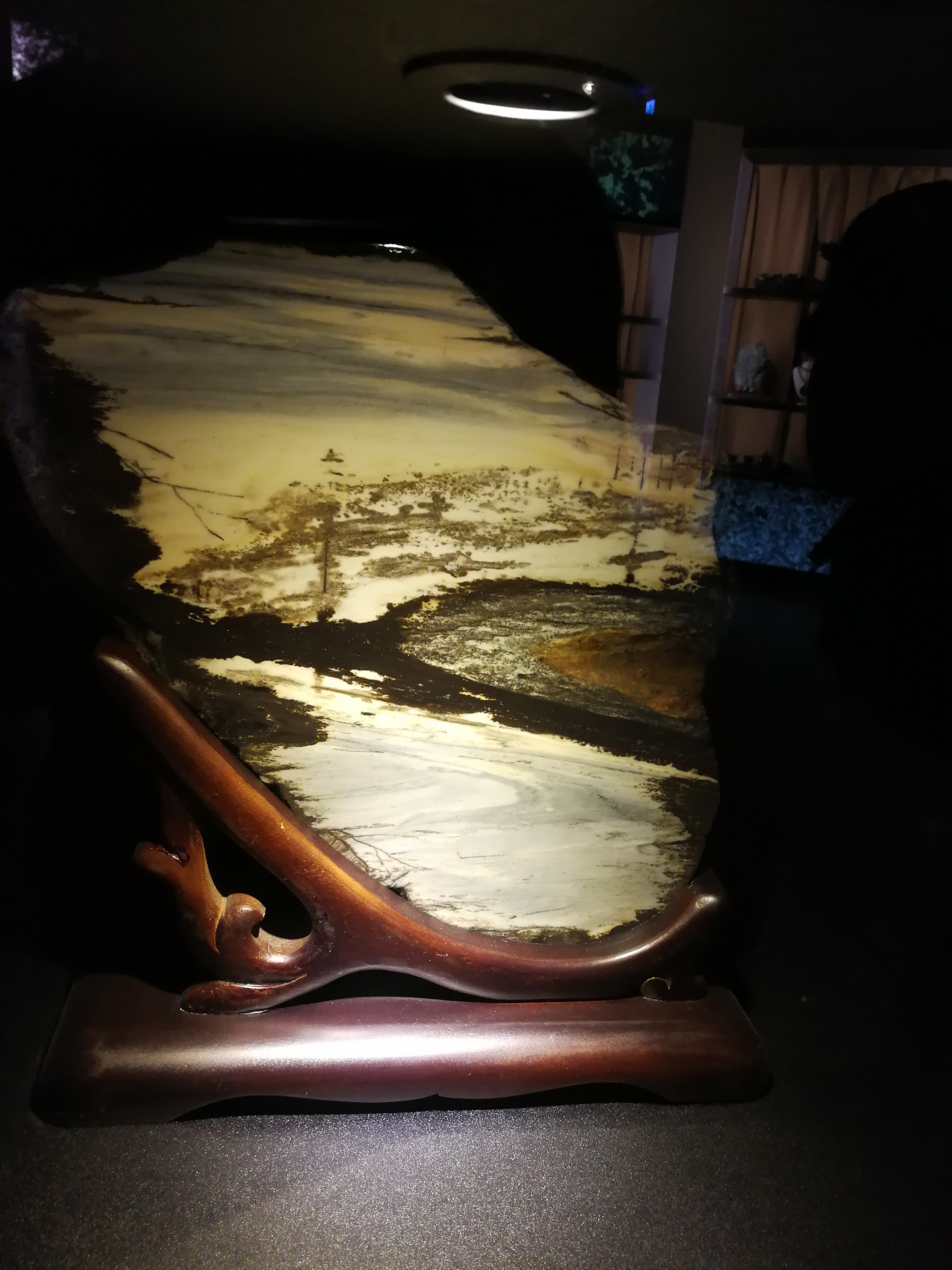 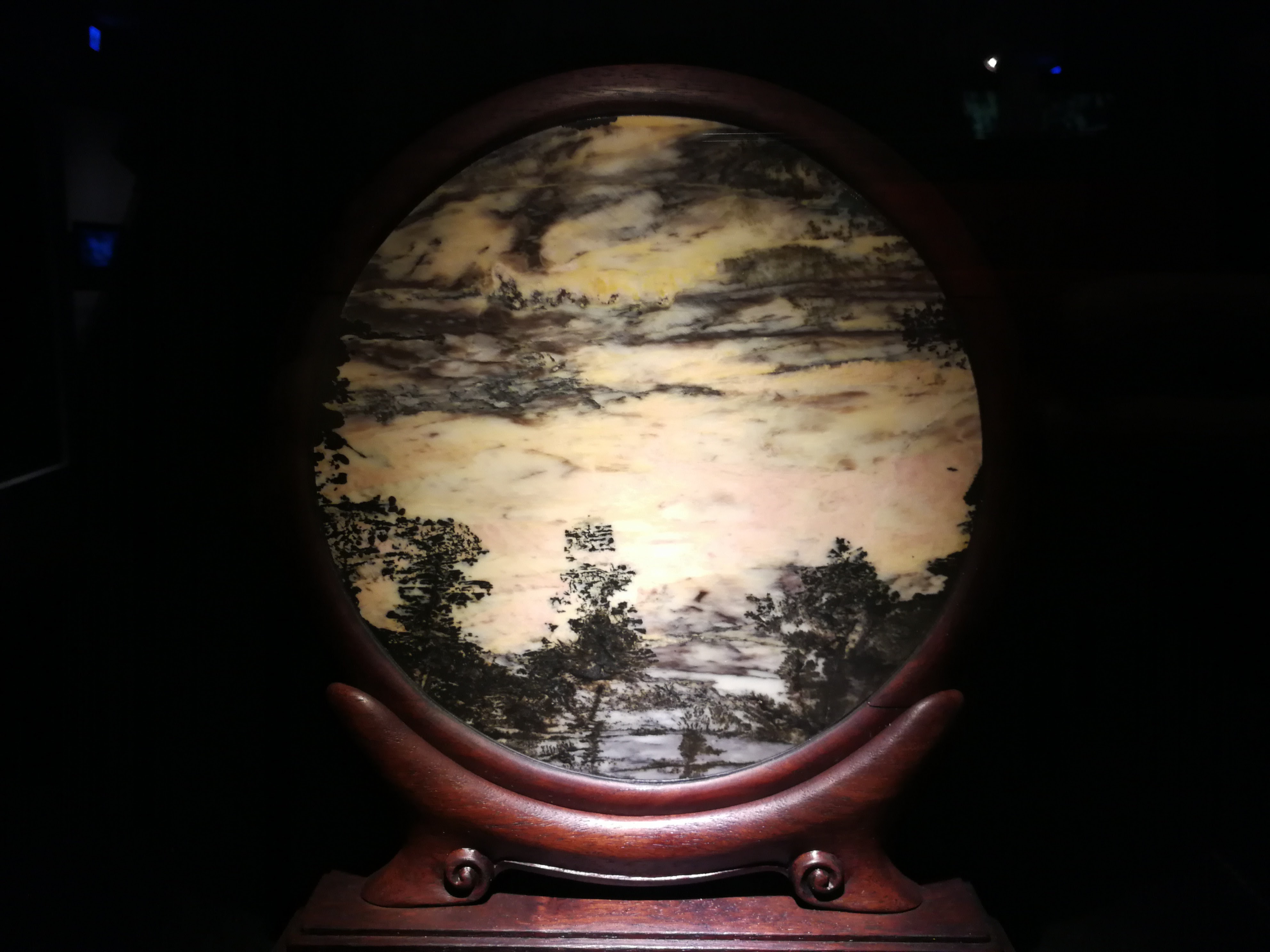 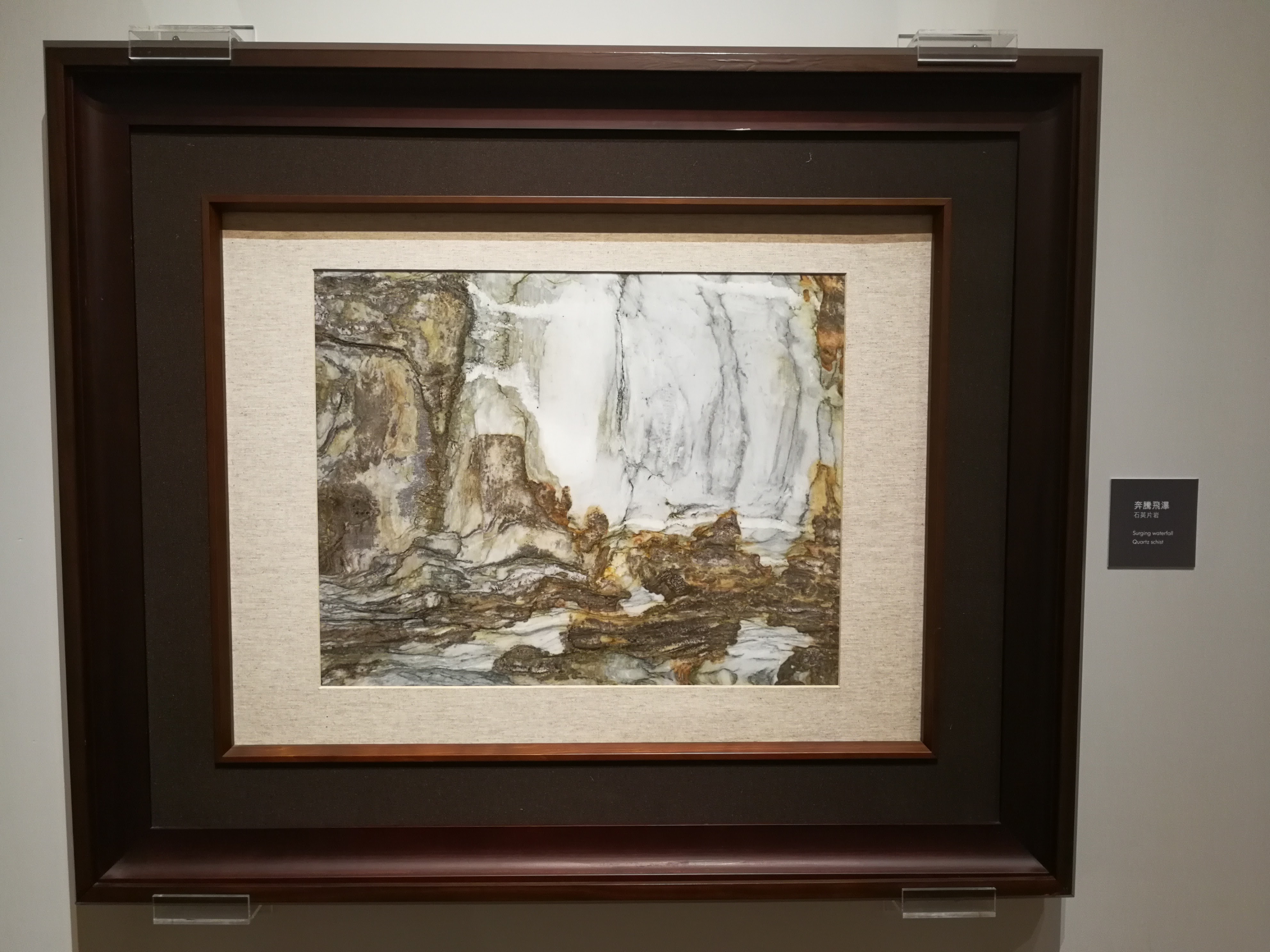 On the way to the museum, we went past the presidential office as well, here’s a photo of it! 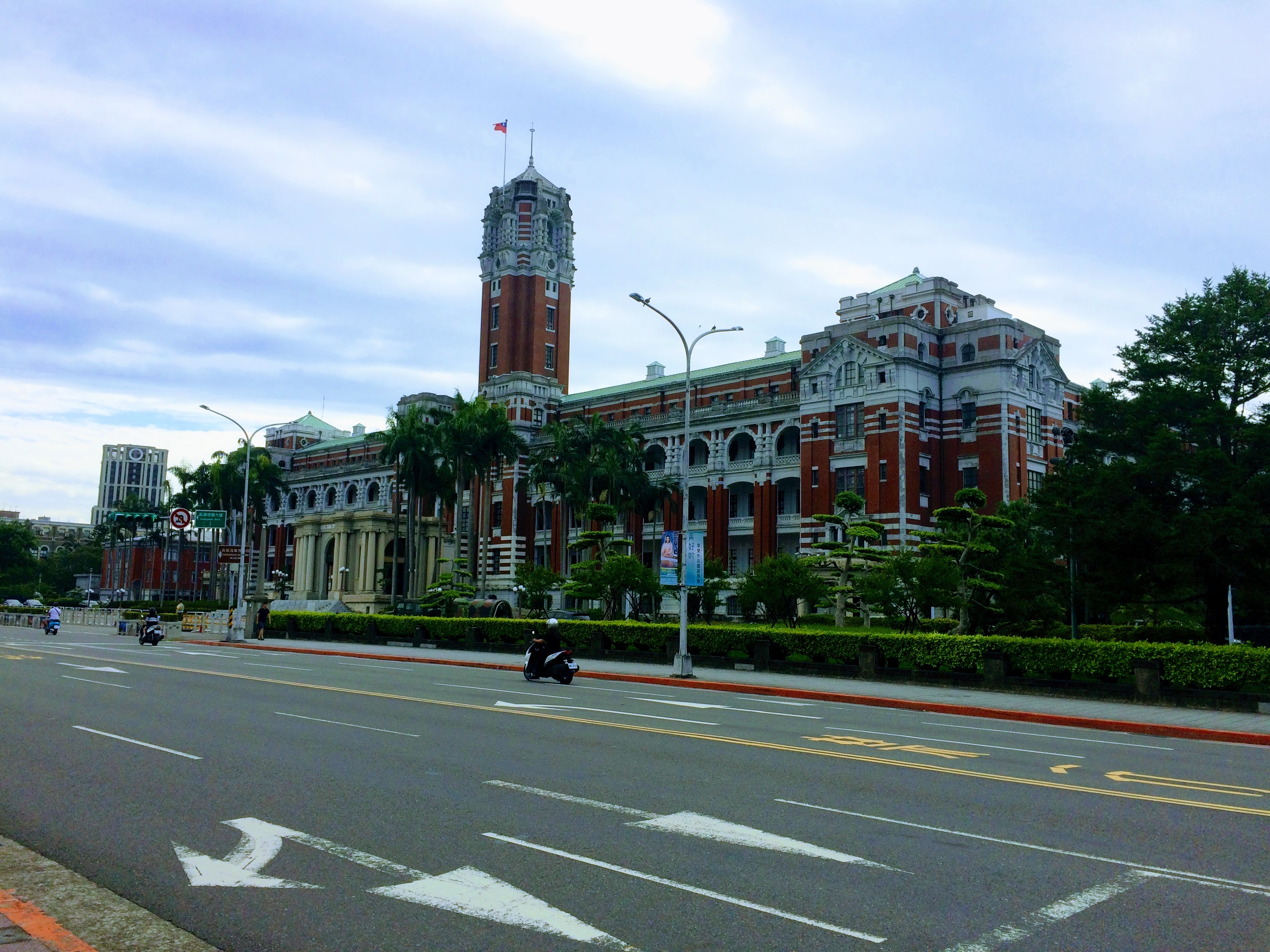 The pictures are taken from quite far away, as the guards there didn’t seem too keen to let me take photos of the building…

The last interesting place for the week was Xi Men Ding, which had lots of shops to shop at, street performances and food to eat … (No pictures though, we’ll take more next time when we go back!)

Here are some photos of the food that we have had so far! 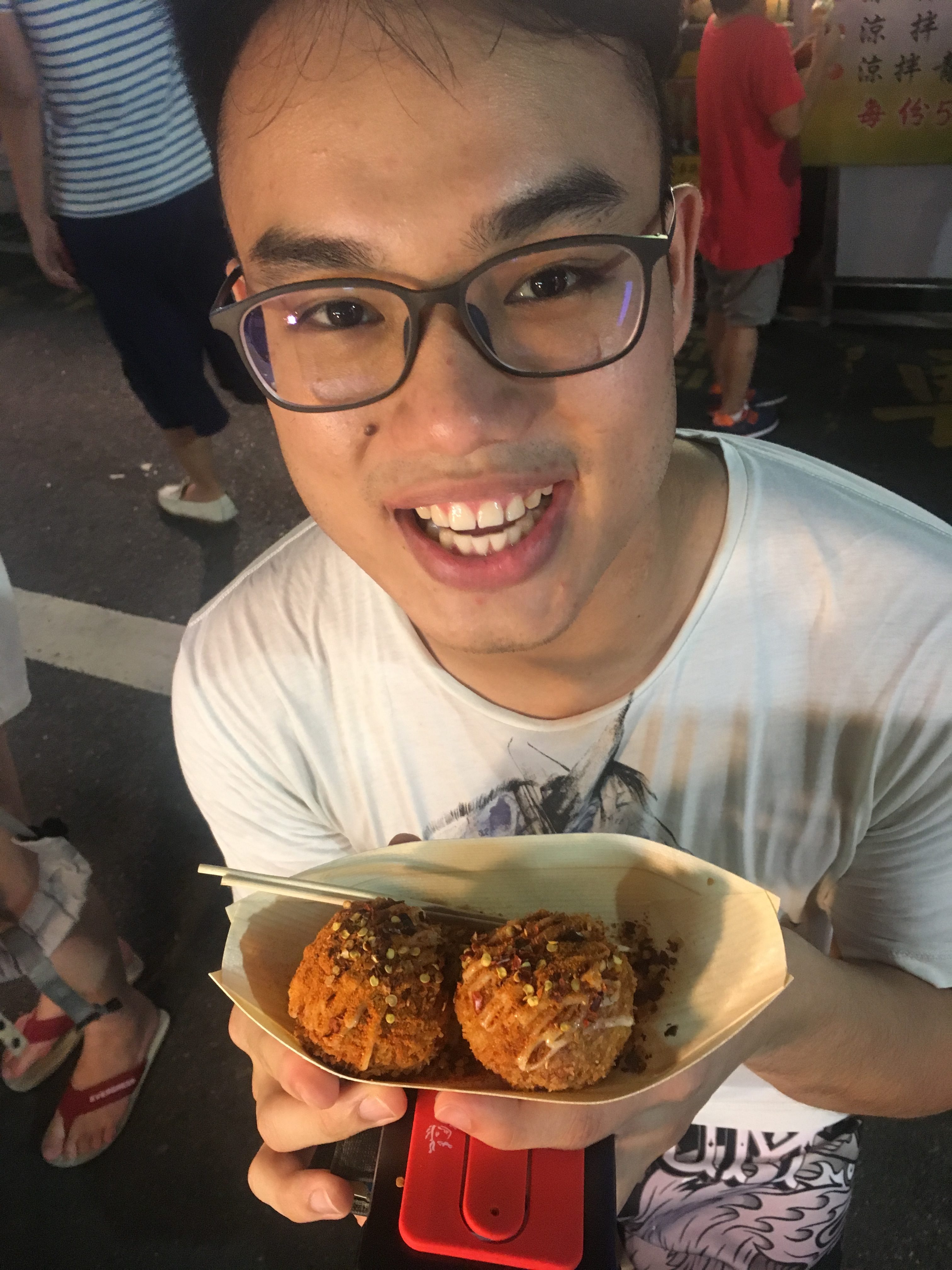 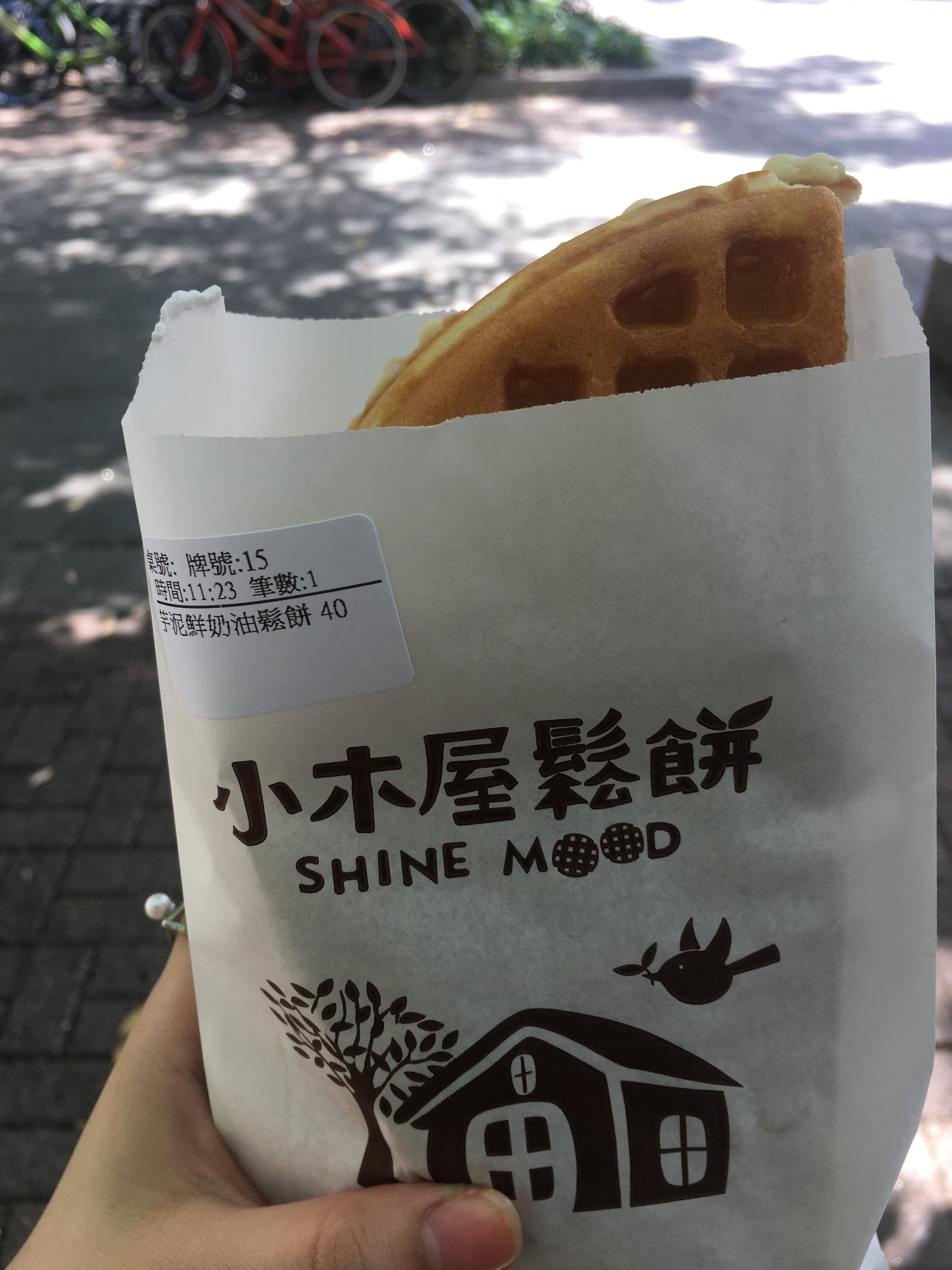 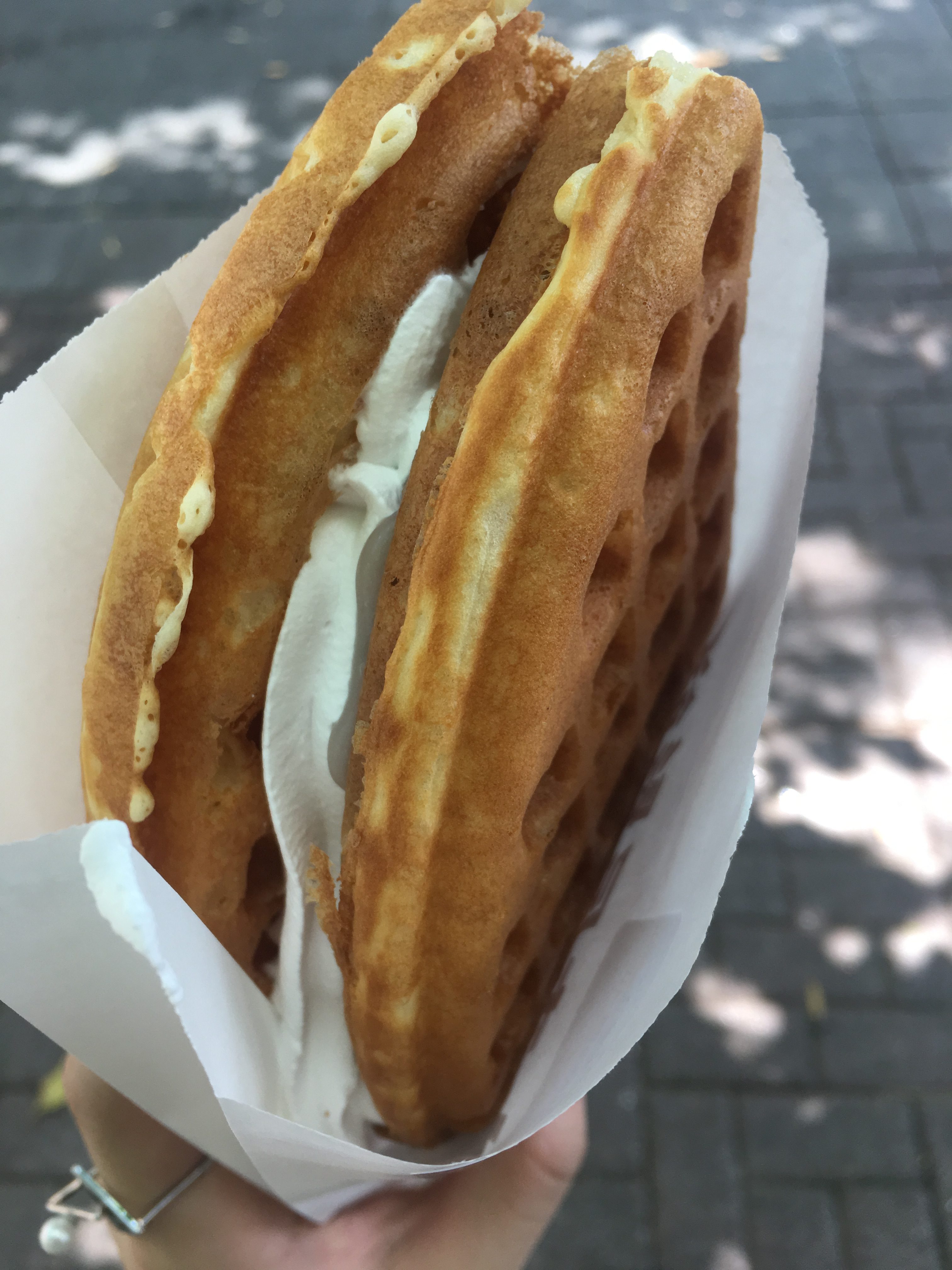 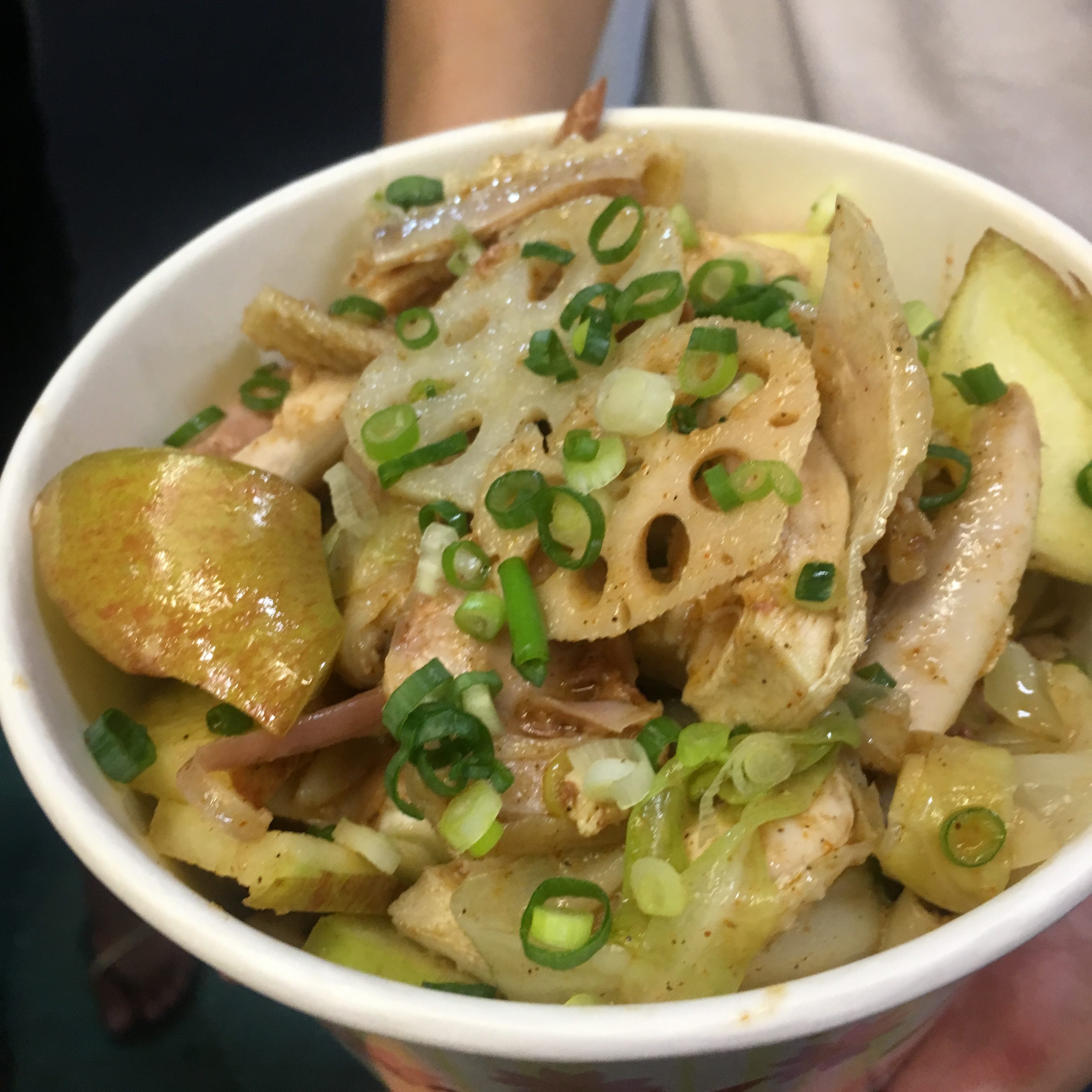 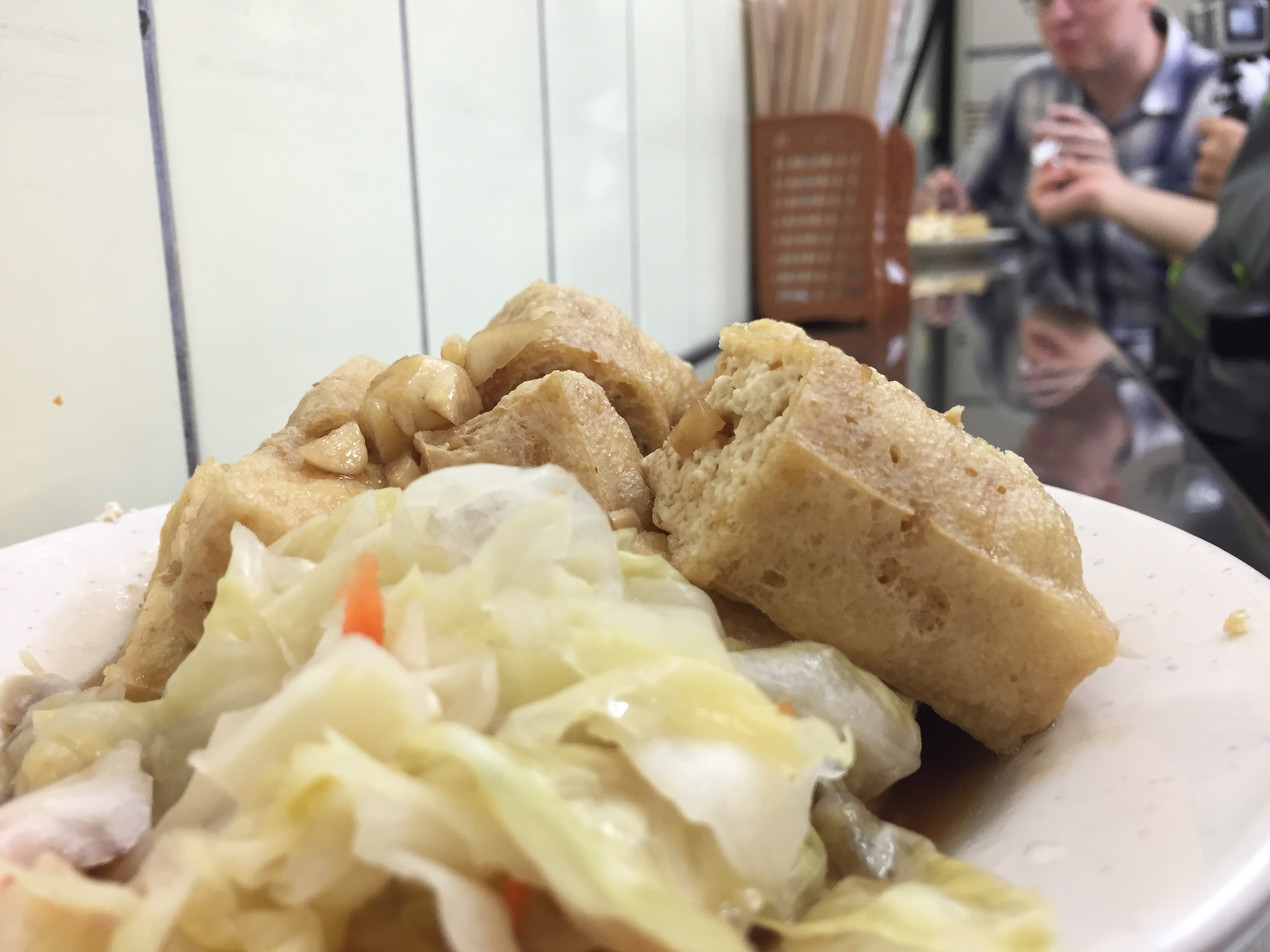 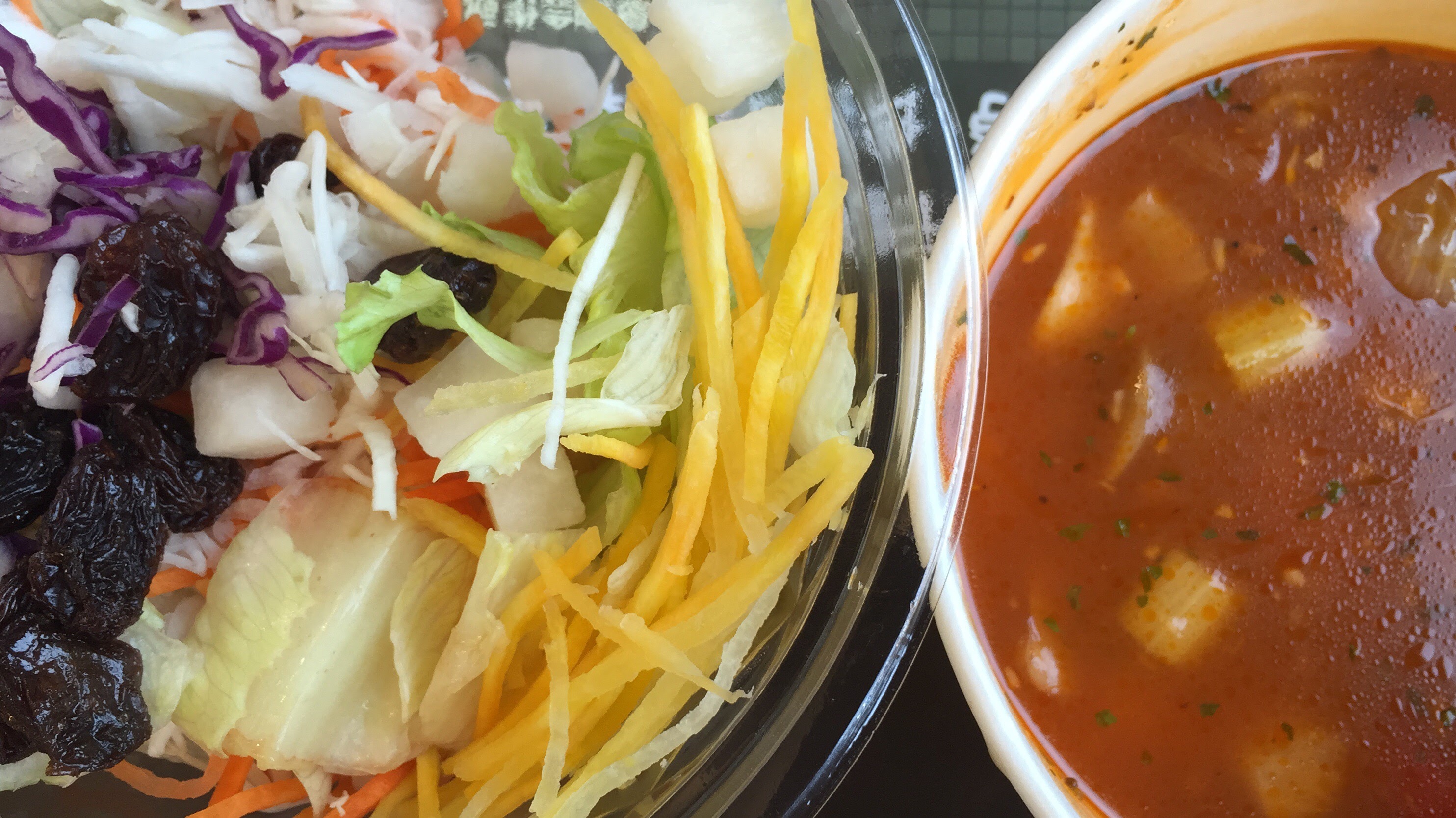 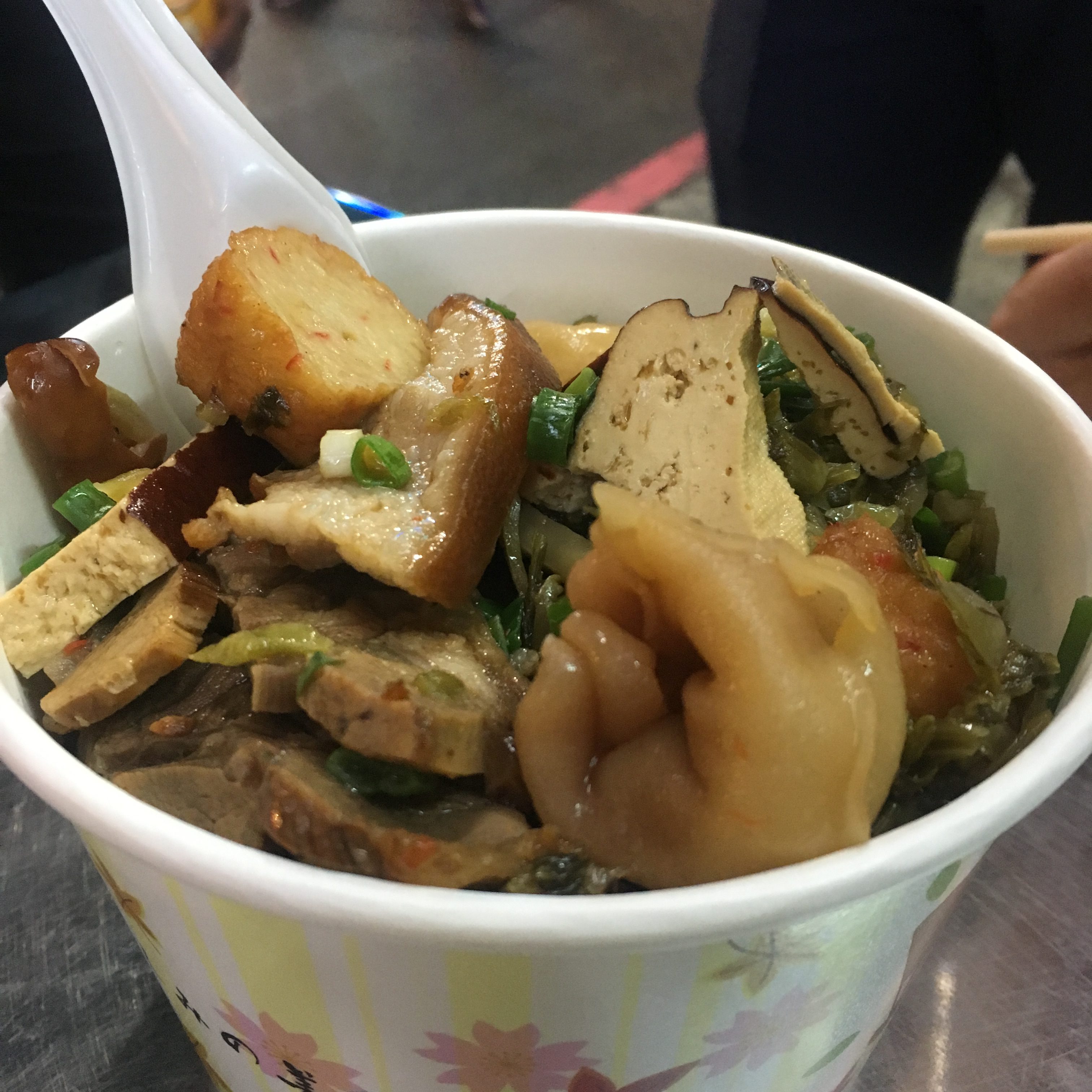 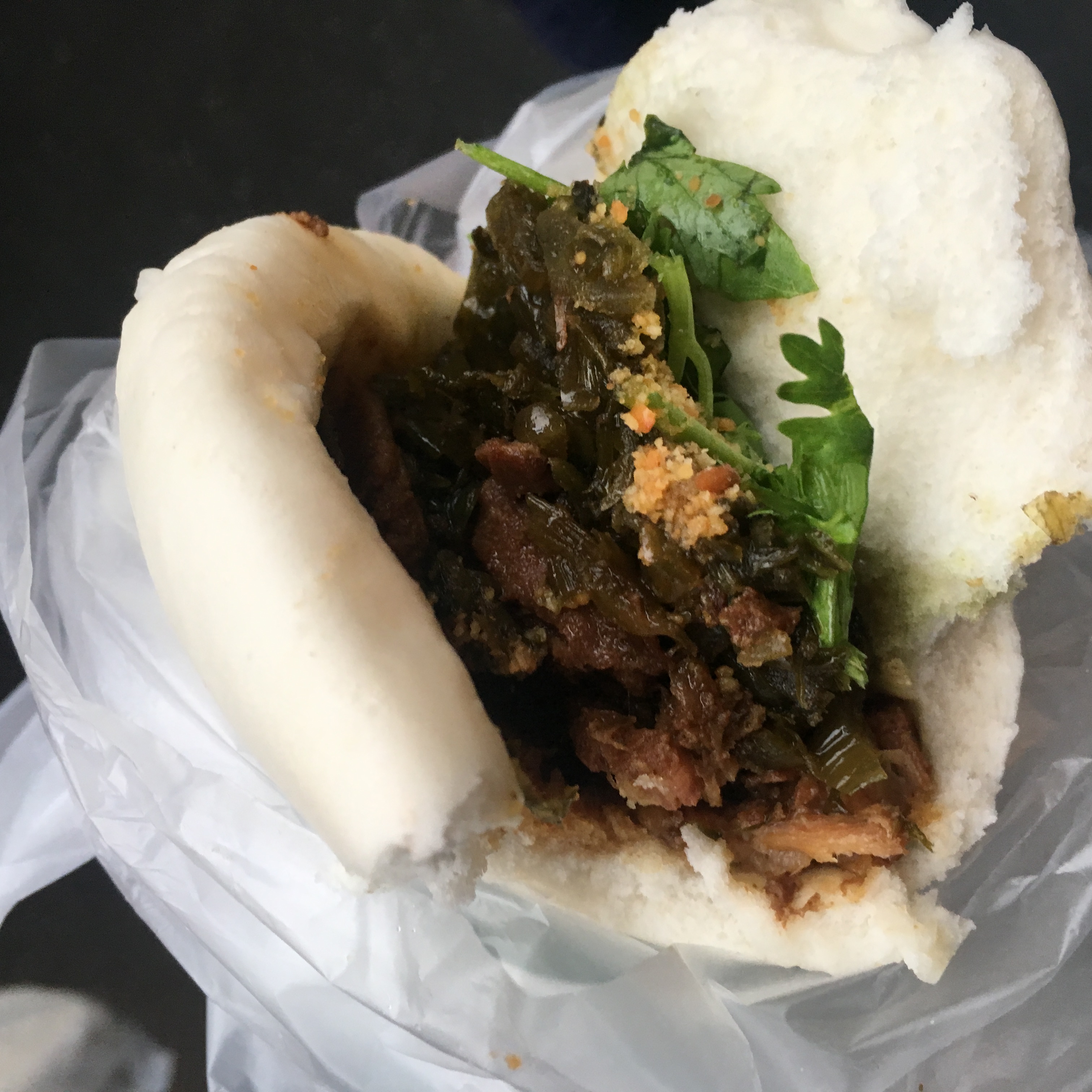 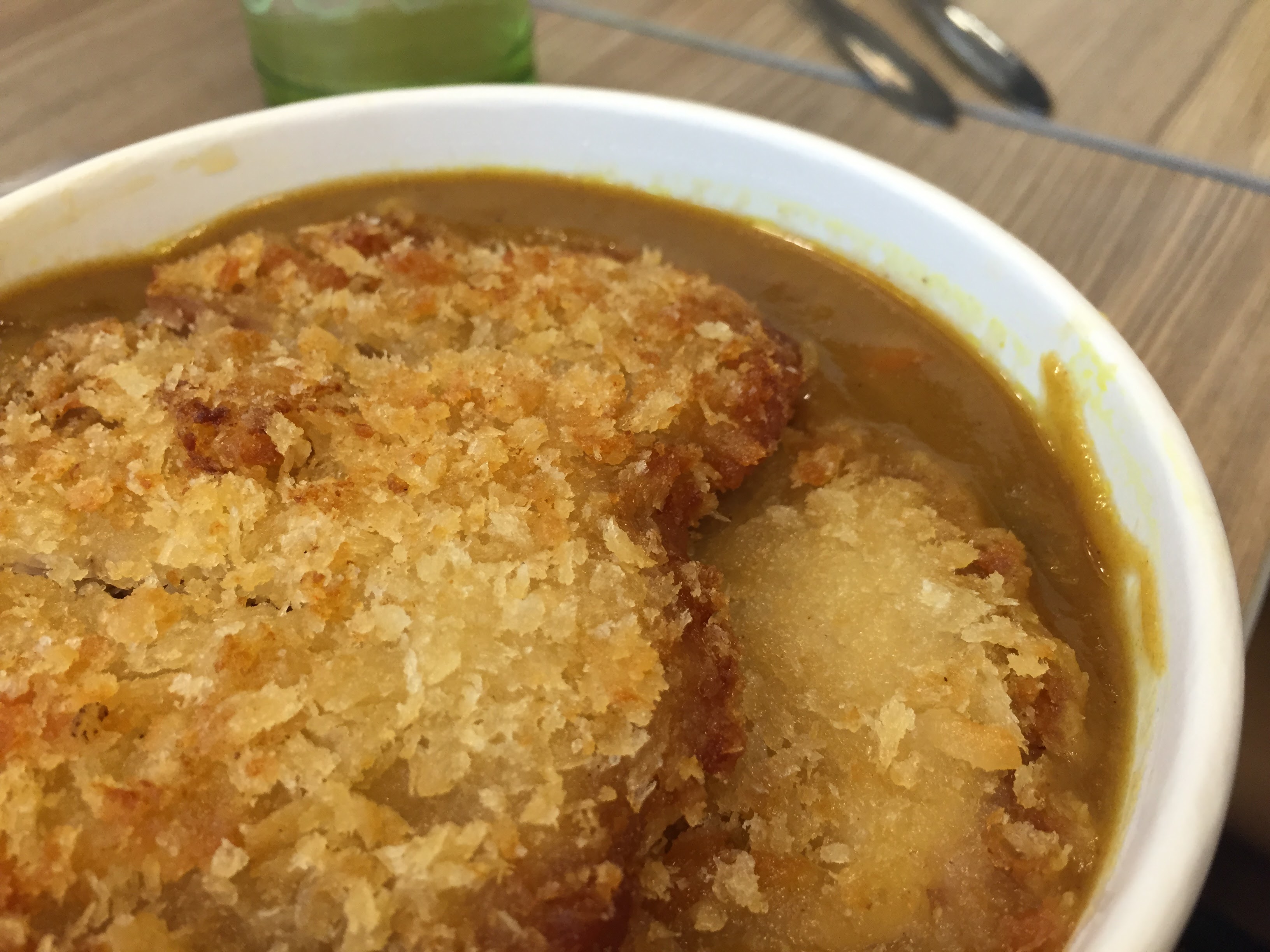 PS, there are more stories to be shared, such as Haiyan’s trip to the SongYan Gallery, and Wilfred’s Crazy Night out at the beach … Stay tuned for more!

One more small thing to note, the typhoon didn’t hit us, so life went on as usual! Yay! The typhoon brought in some rain though, and made the place a little cooler, but that’s about all we experienced, lucky us!