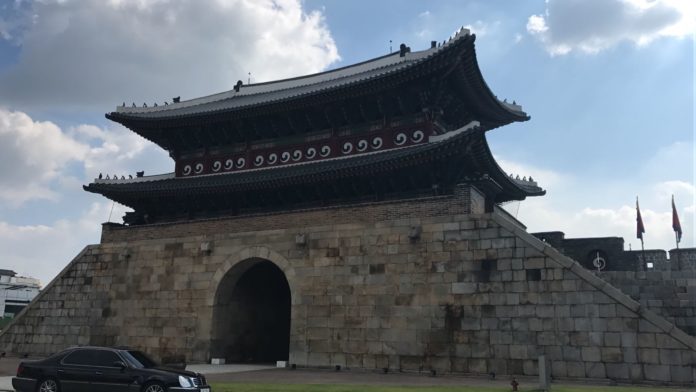 During the weekends, me and my friends decided to visit Suwon!   Although only 30km away (said google maps), it takes about 1.5 hours to reach by subway. The price wasn’t very expensive either, it cost the basic fare of 1250won plus 700won, about 2-3 bucks in total. As a tourist attraction, Suwon is known for its markets, and Hwaseon, a fortress  built back in 1796, and the Hwaseong Haenggung Palace, and its galbi! (which we didn’t eat because we were too poor T.T) We hit the markets first, trying to look for something to eat. While trying to find the market, we came across one of the gates.

Around this gate was a roundabout for cars, with alleys, markets and shops surrounding it. it was so cool to see how they integrated a piece of history into everyday life. You could be just driving somewhere and come across this! it made the whole place feel like  museum. We thought it would have been night market style, with row after row stalls selling food, it we found found out that they were selling groceries, and banchan instead. Banchan, refers to the side dishes koreans eat with every meal. The stacked trays filled with different side dishes reminded me of economic rice back home in Singapore. It was pretty interesting to see grocers hawk their goods too. Since there was no food, we went into a random restaurant and had our fill before going off to see the palace. The Hwaseong Haenggung Palace. This palace, was the set that was a use to film the famous korean drama, “A Jewel In the Palace”. As a kid, I was hooked on that show, so it was interesting to walk around and see the palace itself! 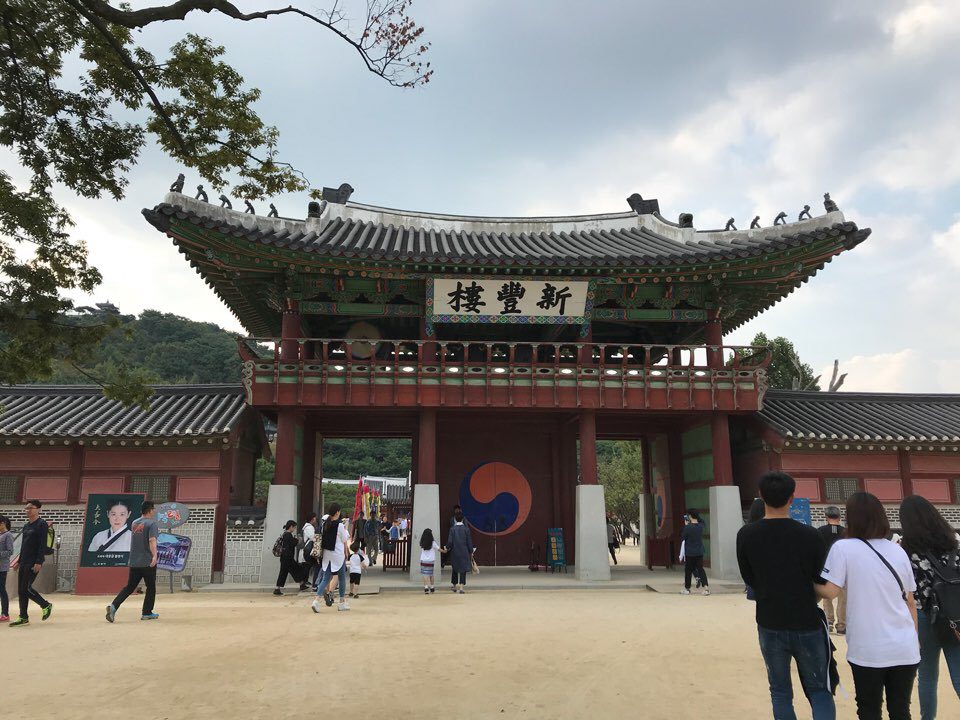 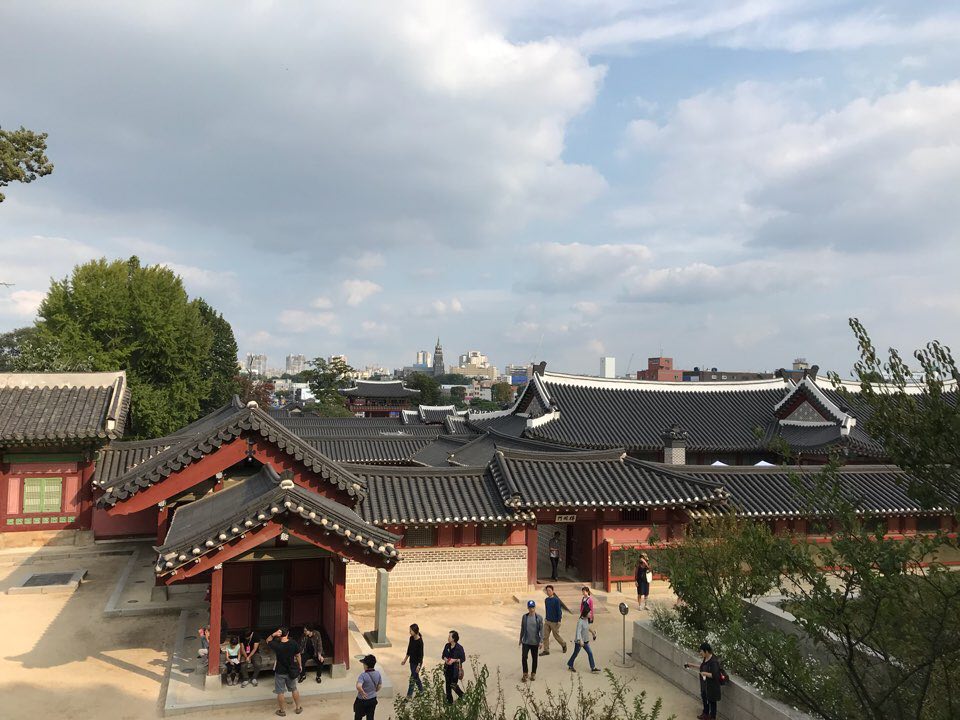 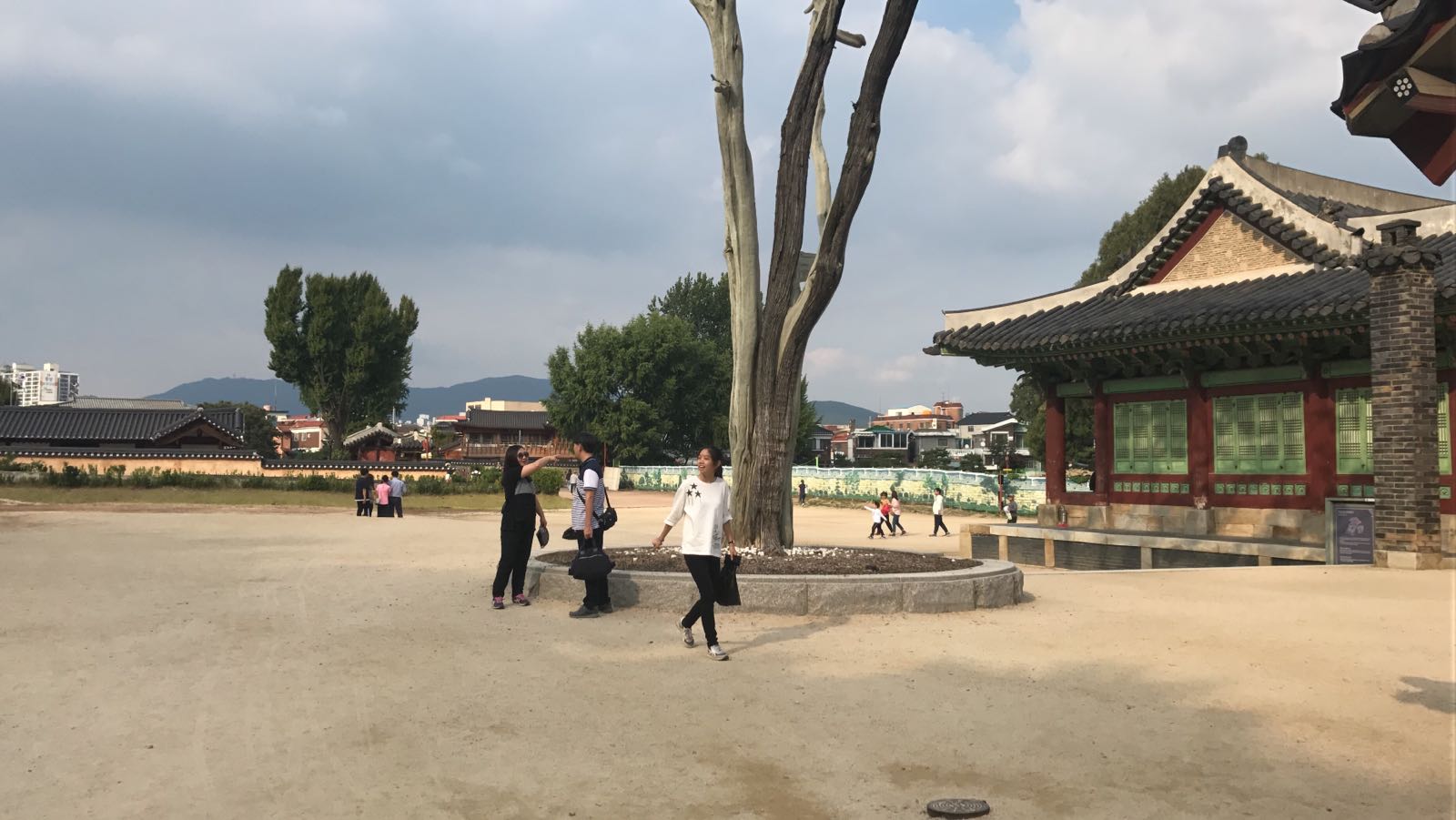 After that, we climbed up abit to reach the top where the main fortress walls were built. I came across this cute baby just sat in the middle of the stairs. 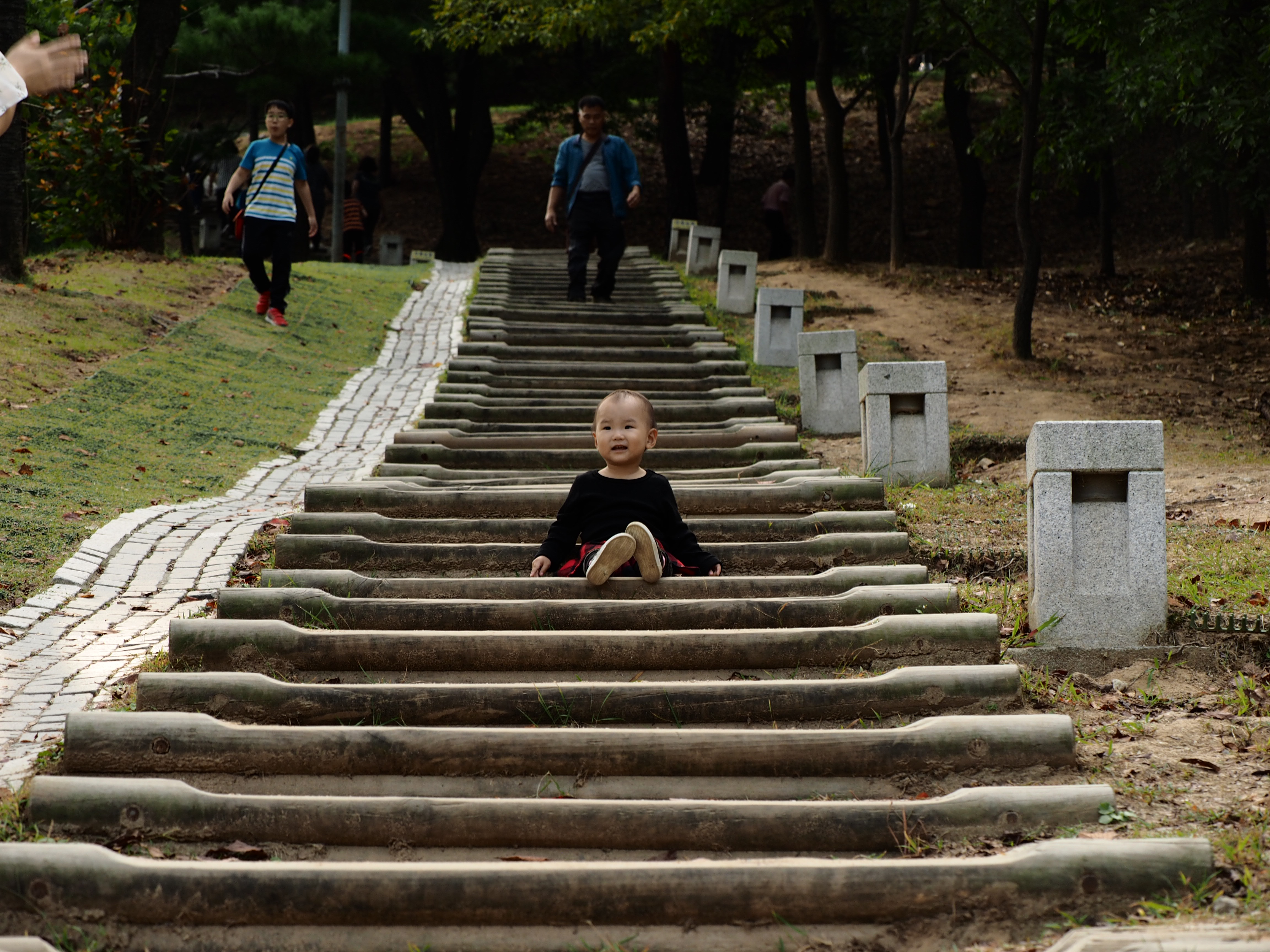 It was pretty tiring climbing to the top, but the views was well worth it! 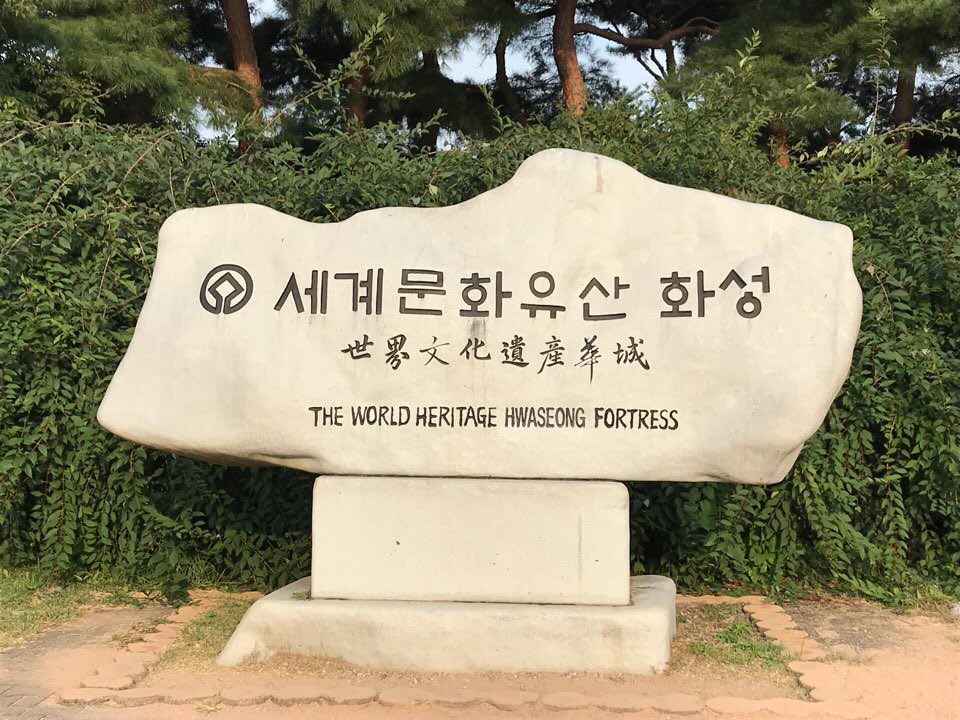 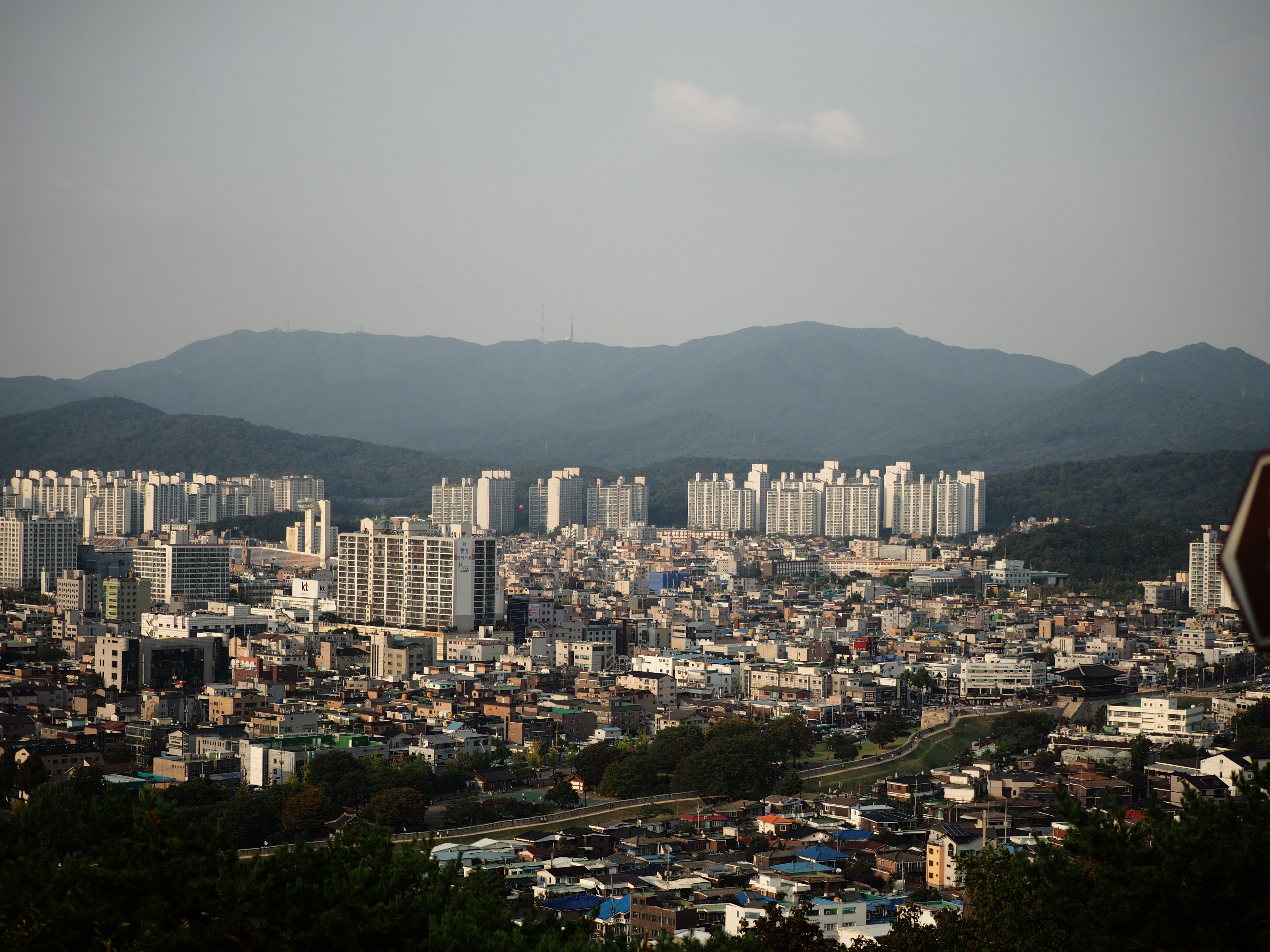 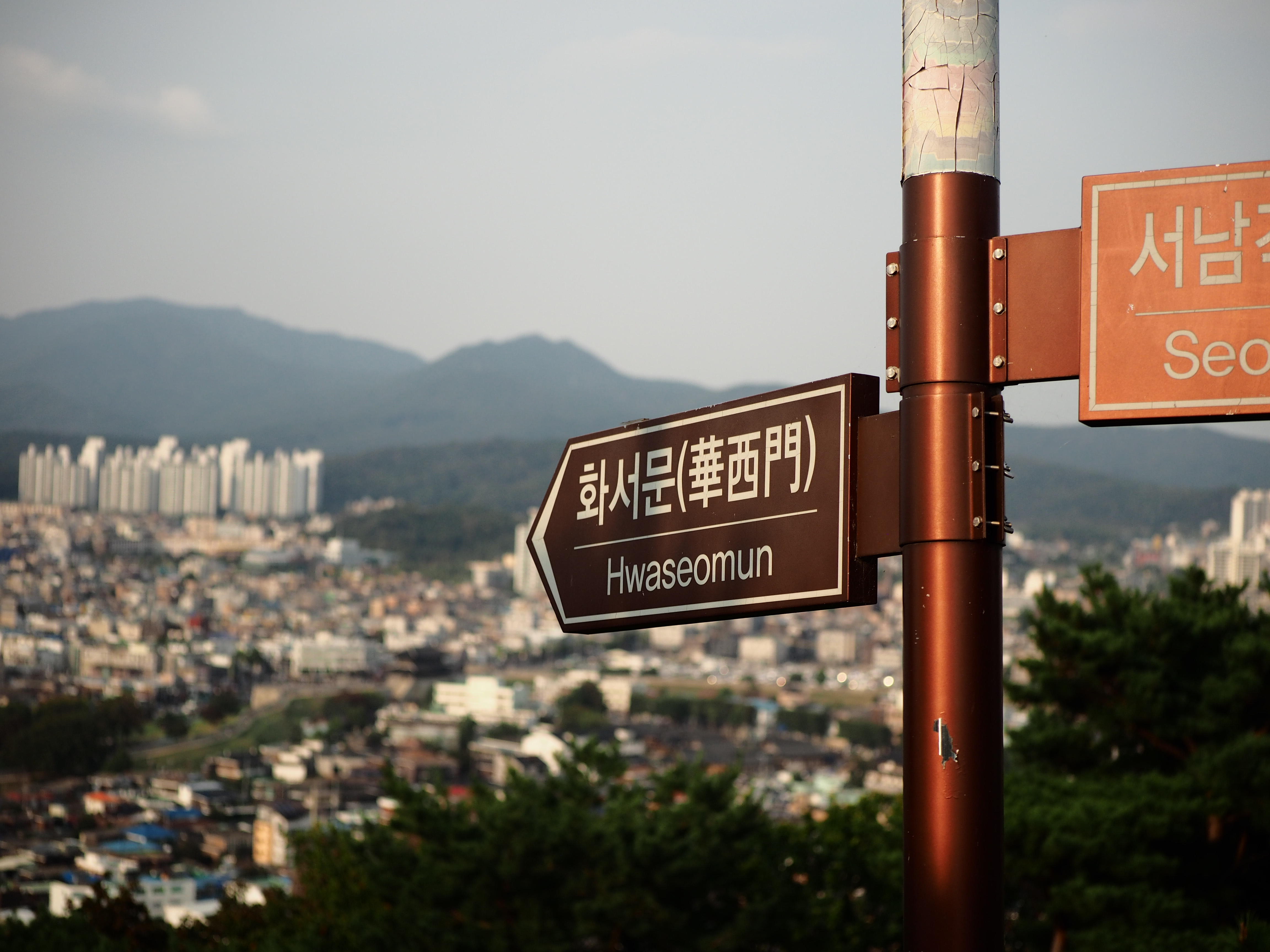 There was a resting area, where we sat and chatted and enjoyed the scenery for a while. There were many families there enjoying quality time together. 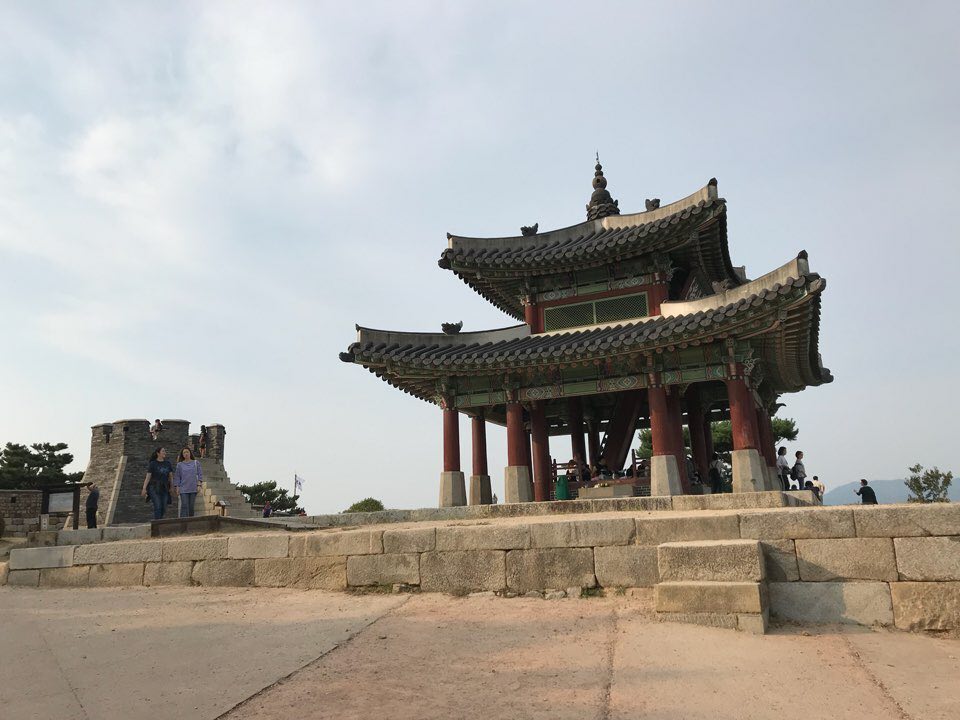 After that, we walked along the fortress wall! it felt really cool and for a moment, I felt like I was transported back in time! 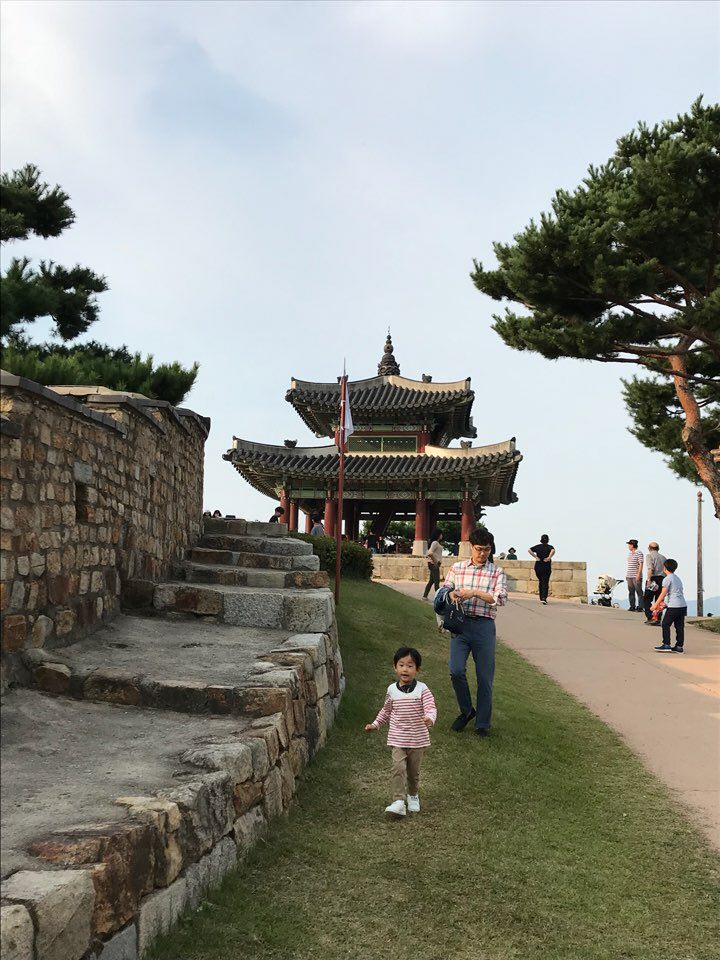 After walking along the wall for quite some time , we decided to head back down. We took a stairs on the other side of the fortress wall, that led us to this forest, that looked beautiful in the setting sun. 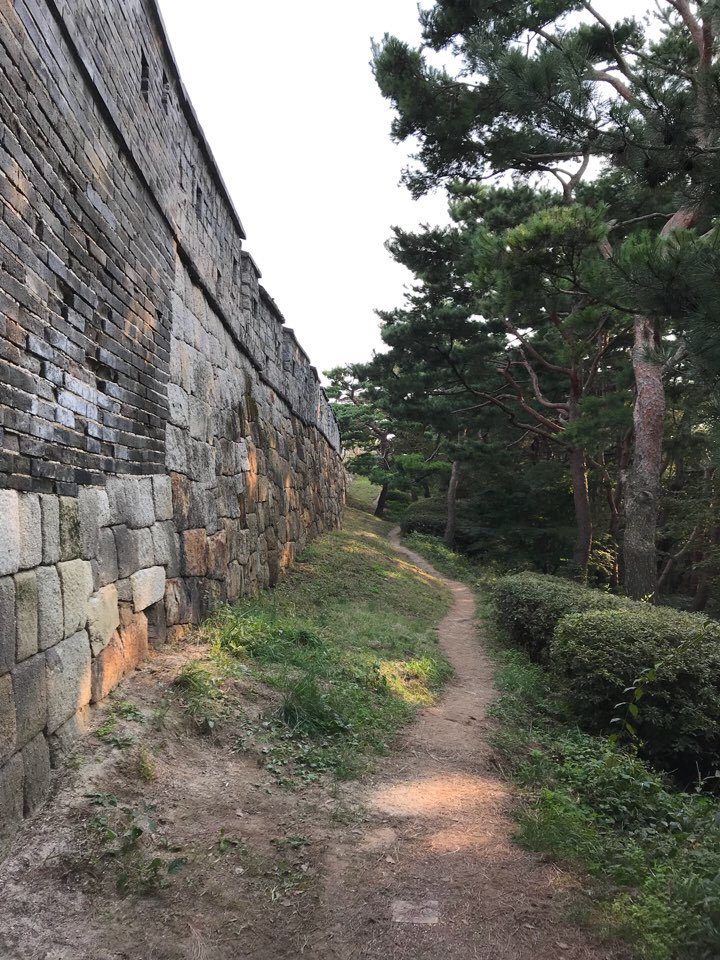 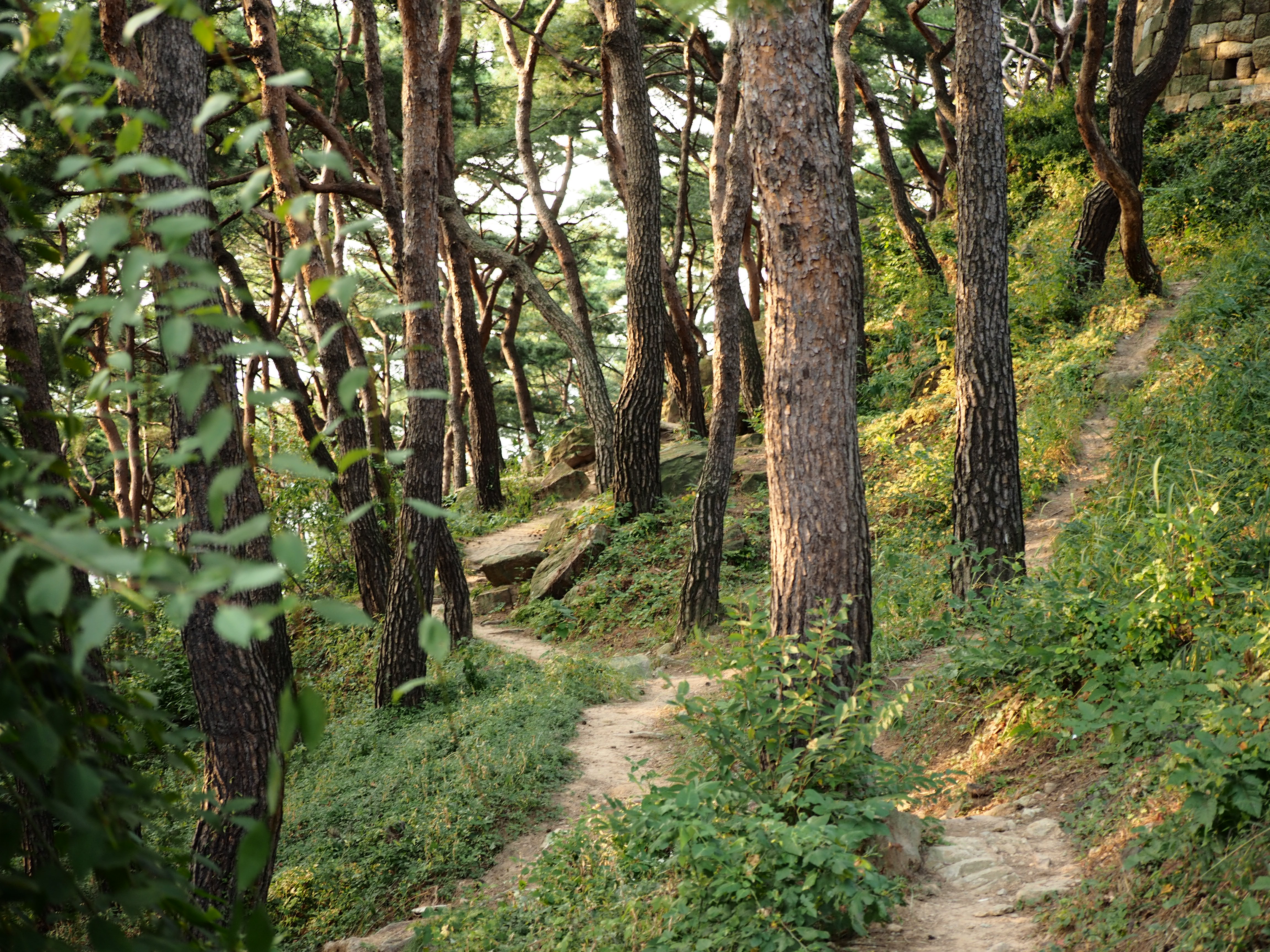 After sitting down and just soaking in nature, we continued our journey down. *Insert artsy picture of someone contemplating life* 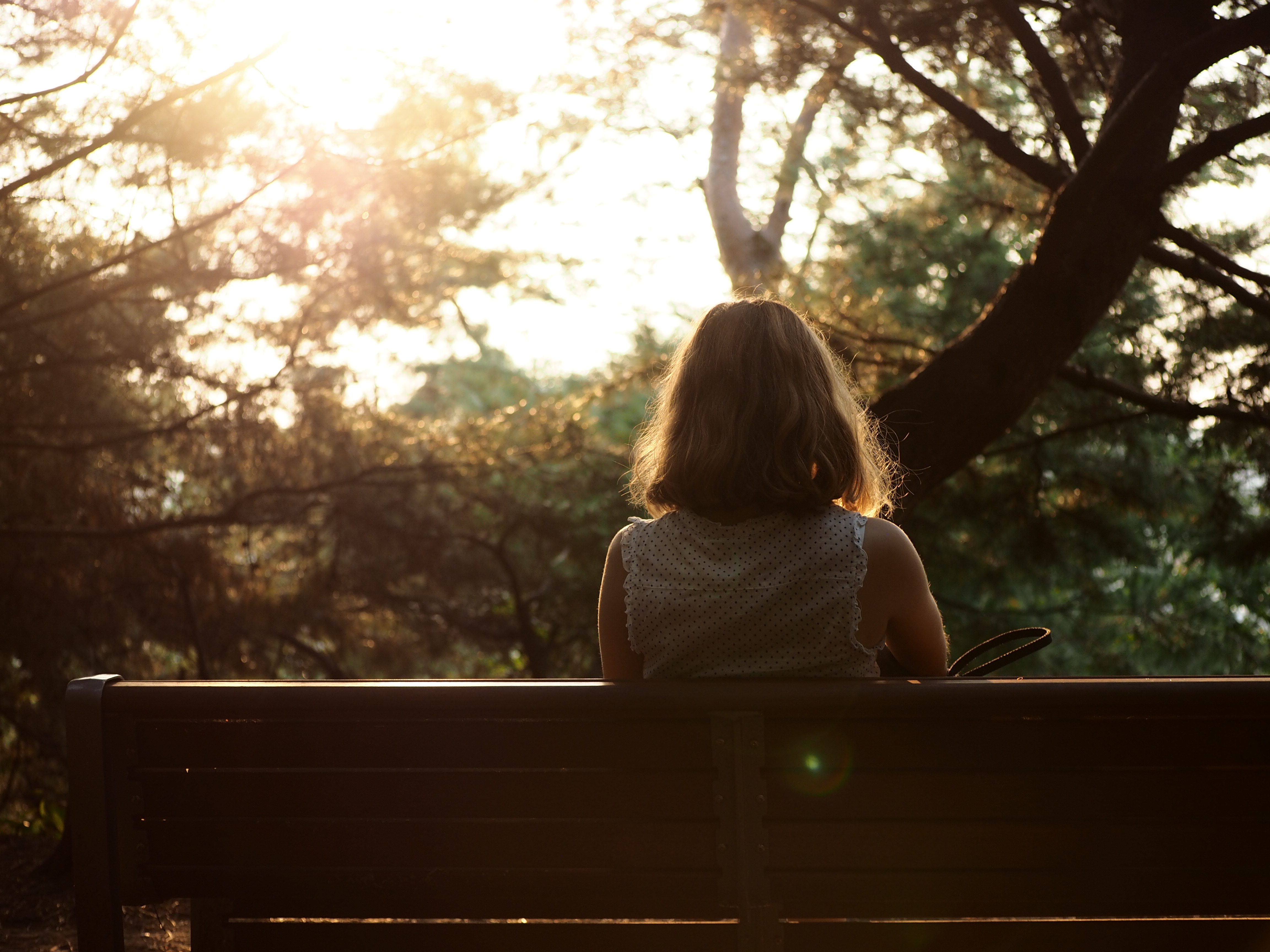 We then took a taxi back to the subway station, and then spent another 1.5 hours in the subway sleeping.   It was day well spent! Korea has so many of these beautiful gems all over its country, with many day trips that can be planned! I will definitely be sure to go on some more!