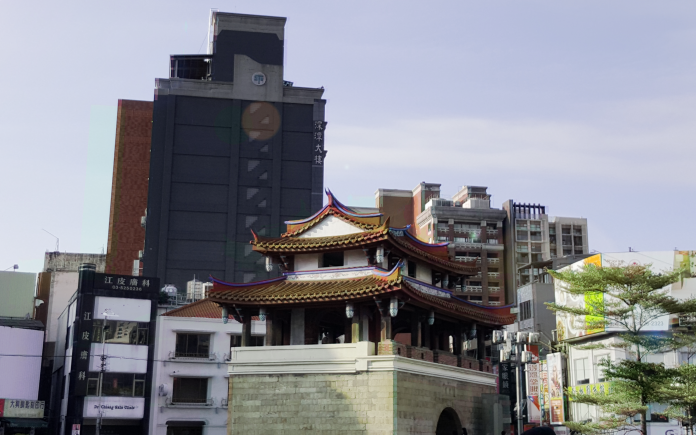 This was a rather serendipitous event. I had not expected to meet my primary school friend in Taiwan. The last time we met was close to 10 years ago. It’s fascinating to see how our lives paths diverged. 10 years feels like an instant now that I think about it. We caught up with the events that had happened to us in the 10 years. Many events had happened in that time. Our lives, our identities, evolved through the passage of time.

The transience of time feels painfully short. Time is short. Given enough time, an infinity will feel like a moment. However, we don’t have infinity.Life so far had been a flurry of events, of minor objectives, successes, and failures. It is easy to be lost in the haste of things, only to realize that you have yet to truly live.

Breathe. Stop. Find the authentic “I” before you die. What exactly am “I”? I’m a composite of innate traits and the environment that had influenced me. Yet, the Self and the Other are etched deeply into the canvas of time, dynamic and ever-changing. The symbols and meanings that had been formative to my identity were not decided by me, but I had to navigate through them. Normalcy is a lie told to us by our pattern-recognizing brains. Nothing has to be the way they currently are. Everything is weird. Everything is absurd. Time is ticking away as you contemplate.

Let’s go build sand castles by the waves. We can build it big, or we can build it small. Anyway, it doesn’t really matter. Everything will be washed away. Occasionally, a sand castle is strong enough to withstand the torrents of some strong waves, but not for long. It eventually relents. As the structure erodes, our memories of what has been begins to fade.

The cynic decries: why bother creating elaborate structures only for them to be destroyed? The obvious response is that building sand castles are much fun. Doing things in the name of fun are as noble as the abstract pursuits of truth. The castles built may not mean much to the casual observer but it means something for me now and that’s good enough.

So let’s continue building sand castles by the waves till the sun sets and then we’ll pack our bags and leave. As the waves roll by, the sand castles and footprints gradually gets washed away. Eventually, no one will know if we even came.