In preparation for our hiking trip to Maine this Thursday, everyone had to build a stove (from used drinking cans and wire meshes). We were asked to interview a friend to get a sense of what he/she wanted to see in his/her stove.

I interviewed Aditya, who requested his stove to be sturdy and easy to light in the outdoors. As such, I went about cutting cans to build a DIY stove, that would allow us to cook in the outdoors without the risk of burning down the forests.

This was my first prototype. 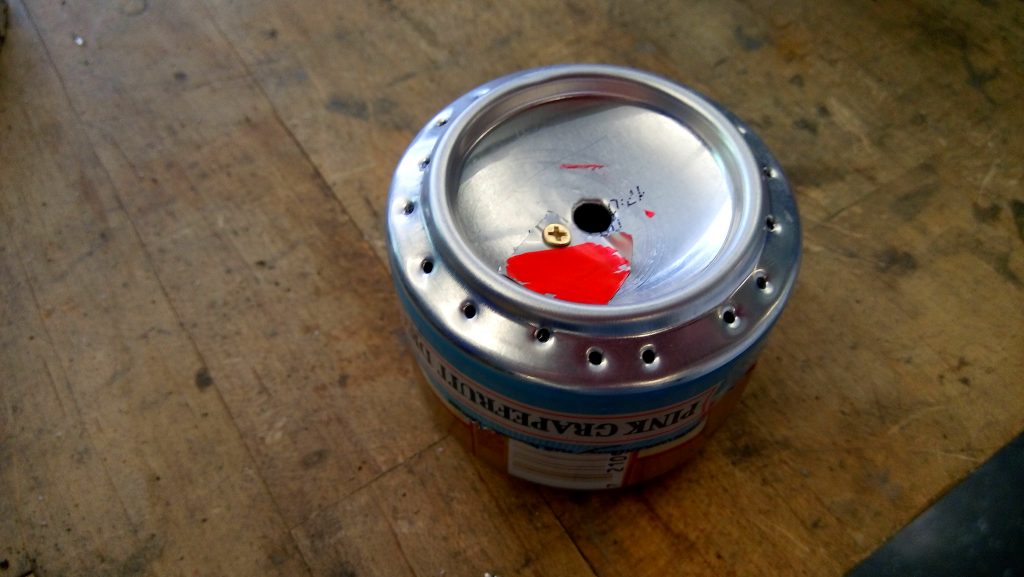 Whilst it allowed me to pour fuel into the stove and cover the hole in which fuel flowed in, I was unable to heat the fuel to a high enough temperature to release gaseous fuel for combustion to occur at the holes of the stove. Thus, I figured that I had to add a pre-heating component to heat the stove. 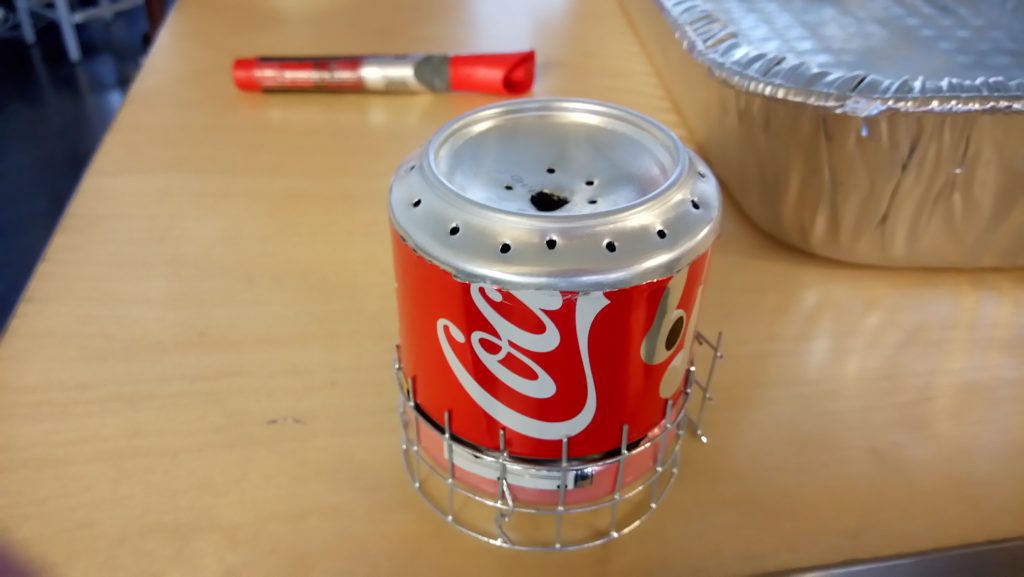 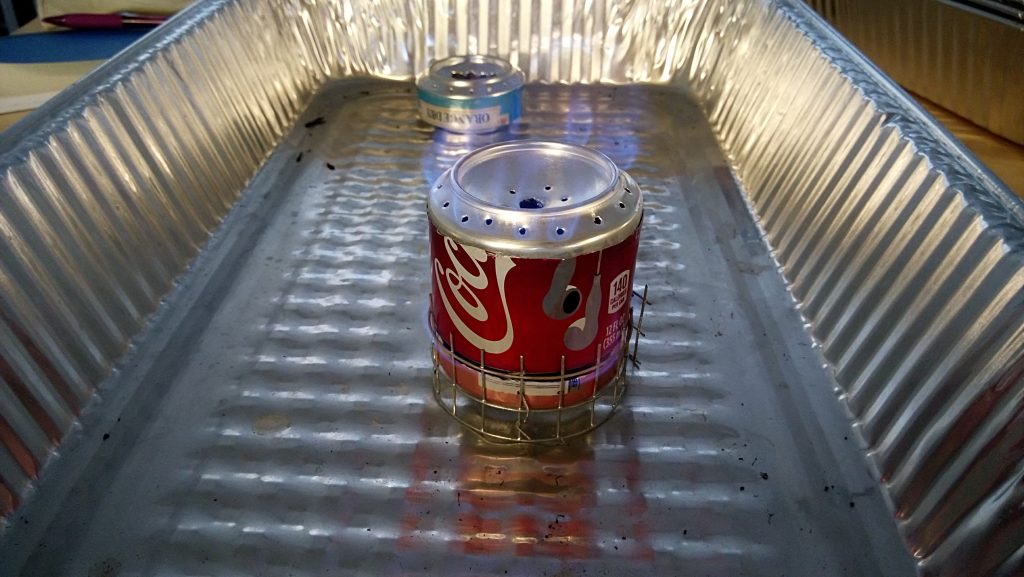 The second prototype allowed me to pour some fuel into the lower portion (the light pink portion). Lighting that portion allowed the upper portion (the stove proper) to heat up; heating up the fuel and forming gaseous fuel. This fuel interacted with heat and oxygen at the holes, producing fire. Success! Now on to the wilderness trip this Thursday!