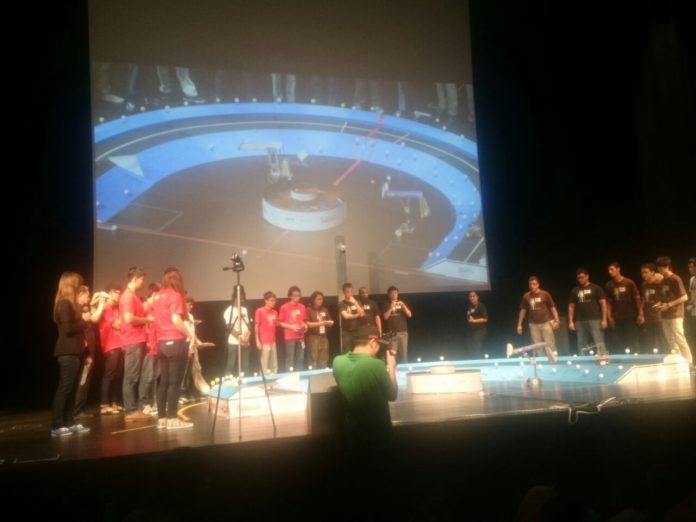 It’s Finals day! We met in the fab lab at 9am and went straight to the auditorium to practise before the qualifying rounds took off. We were on the same side as the Brown, Purple, Green and Wheat teams, and it looked like tough competition. The qualifying round started at 10.30am and ended at 2.30pm. After 4 rounds of some serious competition, including one match where we dropped our balls into the wrong ‘Earth,’ we qualified for the quarterfinals with 3 wins and a loss.

We beat the Orange team in the quarter-finals, and proceeded to face off against the Lime green team in the semis. It was a tough match and we won the match by a close margin, due to the fact that the Lime team lost more points to penalties than we did. Just like that, we were in the finals. 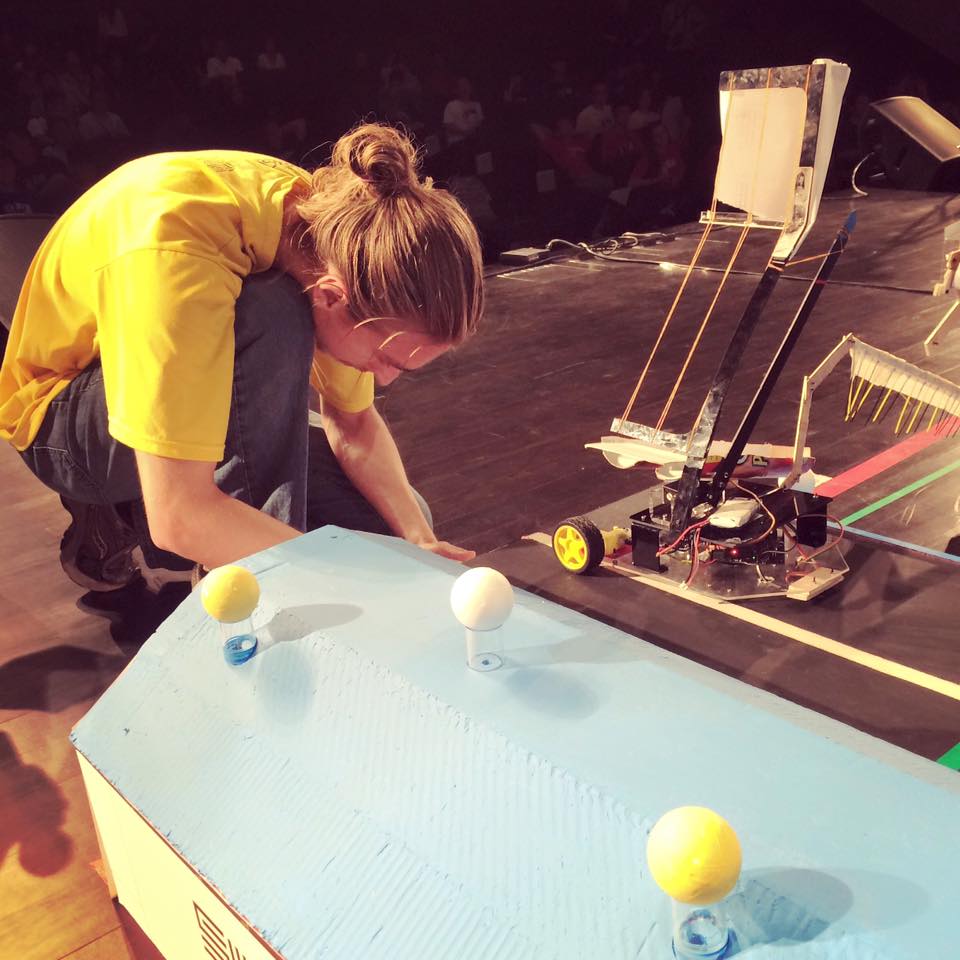 It was superbly surreal to be standing there on stage for the last game against the fantastic Brown team, who had whizzed through the competition until that point. We were a bundle of nerves, and had our fingers crossed the whole time, but we had fantastic drivers in Masaya and Nick, who did all the right things, and drove our team to victory. We were the champions of the IDC Robocon 2015! What a completely insane experience in the nicest way possible. It took a while to sink in, and only when we were holding the gold medals did the realisation actually occur.

All in all, it was an amazing two weeks, that couldn’t have possibly ended better. There was a farewell party later, where all the countries got together for one last time, and enjoyed a nice dinner. Robocon 2015 has definitely been one of the best experiences of my life, and I am incredibly grateful for it.