NARITA, Chiba Prefecture (26 May 13) — Discovery 1: It’s possible to sleep through 4 years of Japanese class and get B3 for O-levels knowing virtually no Japanese. Discovery 2: Narita and Disneyland are not in Tokyo but Chiba.

I have two personal goals: learn all the kana i have been procrastinating, and collect all the KitKat flavours i can find.

From the airport to the hotel to the orientation venue, only one thing was interesting enough to blog about:

The people assembled in the orientation auditorium were our Japanese coordinators and every ASEAN country’s delegates.

Each of the 10 nations had 3 delegates per group. With 12 groups in total, 360 places were on offer and 349 were filled this round. 4 groups were assigned to each area of Japan, with their local specialisations — groups A-D to Chubu (Humanities & Social Science), E-H to Kansai (Arts & Culture) and I-L to Kyushu (Science & Tech). Here is a map from Wikipedia:

Everyone would be in Narita (Night 1) and Tokyo (Night 2), then dispersed to their respective cities (Nights 3, 4, 5, 6) and assembled at Narita on the last night before flying home. The Shinkansen (bullet train) only allowed hand-carry bags, so our luggage would be sent by truck to the destination cities — carry all the supplies we need for two days!

The four of us were originally bound for Science & Tech until we requested to abandon our friends and went to Arts & Culture; so i was unique in my group not majoring in any art or business related course (as well as not knowing any Japanese, arigato gozaimasu). Also, my group had 31 participants because someone else tagged along.

In groups E and F bound for Kyoto (i.e. ours), the most prominent people were the Vietnamese. While the four of us agreed to wear SUTD Pioneer shirts, the entire Vietnam contingent paraded their I ❤ VIET NAM tees.

I still owe readers a description of JENESYS. It is a programme instituted by the Japanese government to promote cooperation between the ASEAN Economic Community and Japan, for participants to appreciate its the technological, socioeconomic and cultural achievements, and to develop bonds between youths in both regions. To us, it was basically a fully-sponsored trip to Japan where we would get to see its physical and people’s awesomeness. Introduced in 2007 by then-PM Shinzo Abe, it was relaunched (hence version 2.0) by current-PM Shinzo Abe earlier this year following seismic shifts on the Japanese political and geological landscape. Strategically, such collaborations are a hedge against the rising hegemony of  both parties’ common neighbour to the north and west. But whatever it is, we still thank you, 安倍先生.

Since the Vietnamese were so prominent, i will introduce them:

On the coach back to the hotel, Kevin took over the mic and tried to teach us this ditty [sic]:

And you thought  愛拼才會赢 was bad?

Dinner made me want to fail every Japanese buffet in Singapore:

Dinner marked the end of each day’s official programme, where we could experience Japan on our own. The four of us went on a stroll around our hotel, discovering that Narita is mostly carparks and vending machines:

At least there was a combini and two ramen shops along the way: 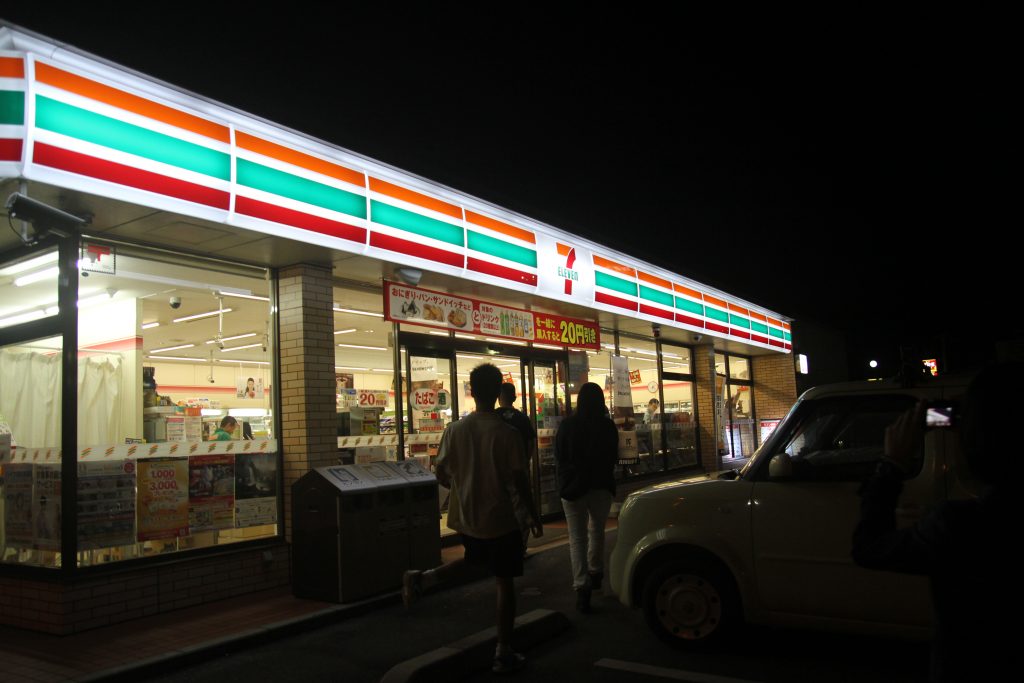 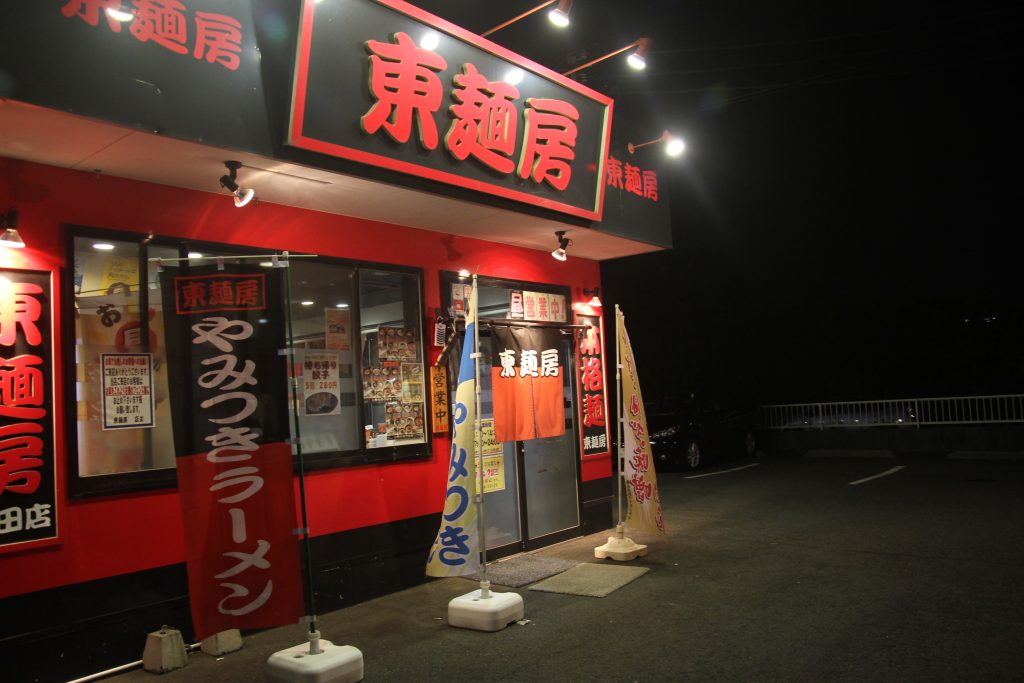 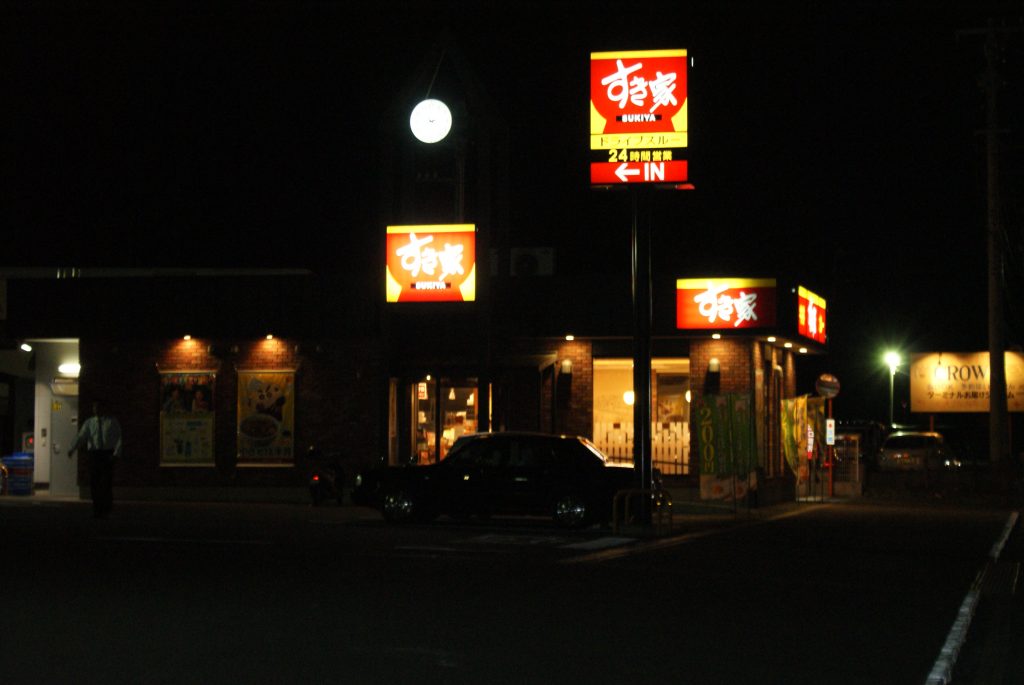 I was very tempted to rent a car, but i settled for passionfruit (KitKat progress 1/200):

Sharon realised she could use autofocus just as we arrived back at the hotel. See why i made the photos so low-res?

Thanks to Yiing Huey’s data plan, we managed to return to the hotel in four pieces…. only to find that our roommates were even later than us (we were triple-sharing the room with only one key).

Quote of the day: “Time is not money. You lose money today, you can earn more tomorrow. Time is hair. Once you lose time, it is gone forever.” — Tezuka-san, country coordinator for Singapore