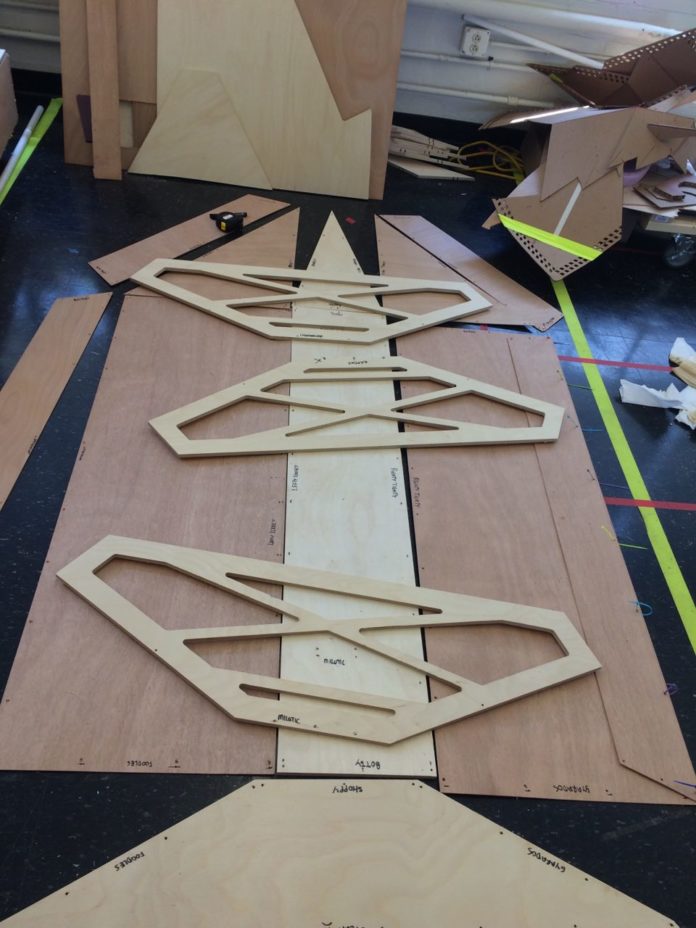 With a week left before putting our boats to water for the first float test, the IDC was bustling with a flurry of activity – shopbotting wood, stitching and gluing, and epoxying fibreglass cloth to the boat. At the group tables, ideas and discussions kept evolving, with people figuring out how exactly do we steer and are we on schedule and guys, why didn’t we order this earlier? Corners of the workshop accumulated scrap parts and discarded wires. A pet dog visited the lab and had to be shooed away from the open leads of a 12 volt battery. 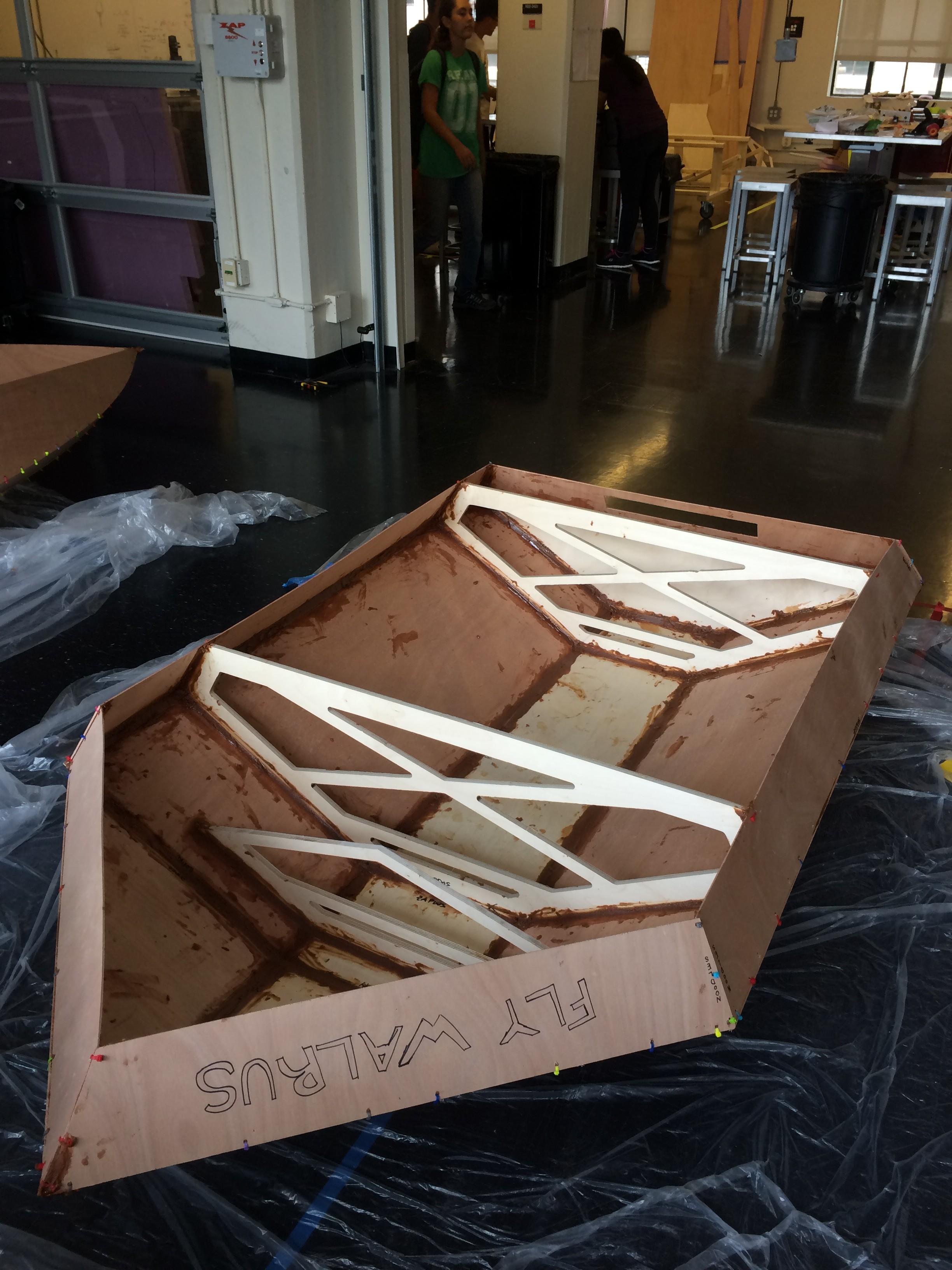 It’s the first time I’ve been a part of such a large-scale project, and there were definitely difficulties that came with building an actual, functioning vehicle. For example, a boat needs a stand for epoxying, and a cart to transport it to the river, both of which take time to CAD and construct. Properly stitching the boat together makes it easier to seal and waterproof the boat, and minimises sanding time later. The raw material, a 4x8ft piece of wood, takes two, maybe three people to carry safely. And sometimes you realise something’s wrong and have to go into your boat. 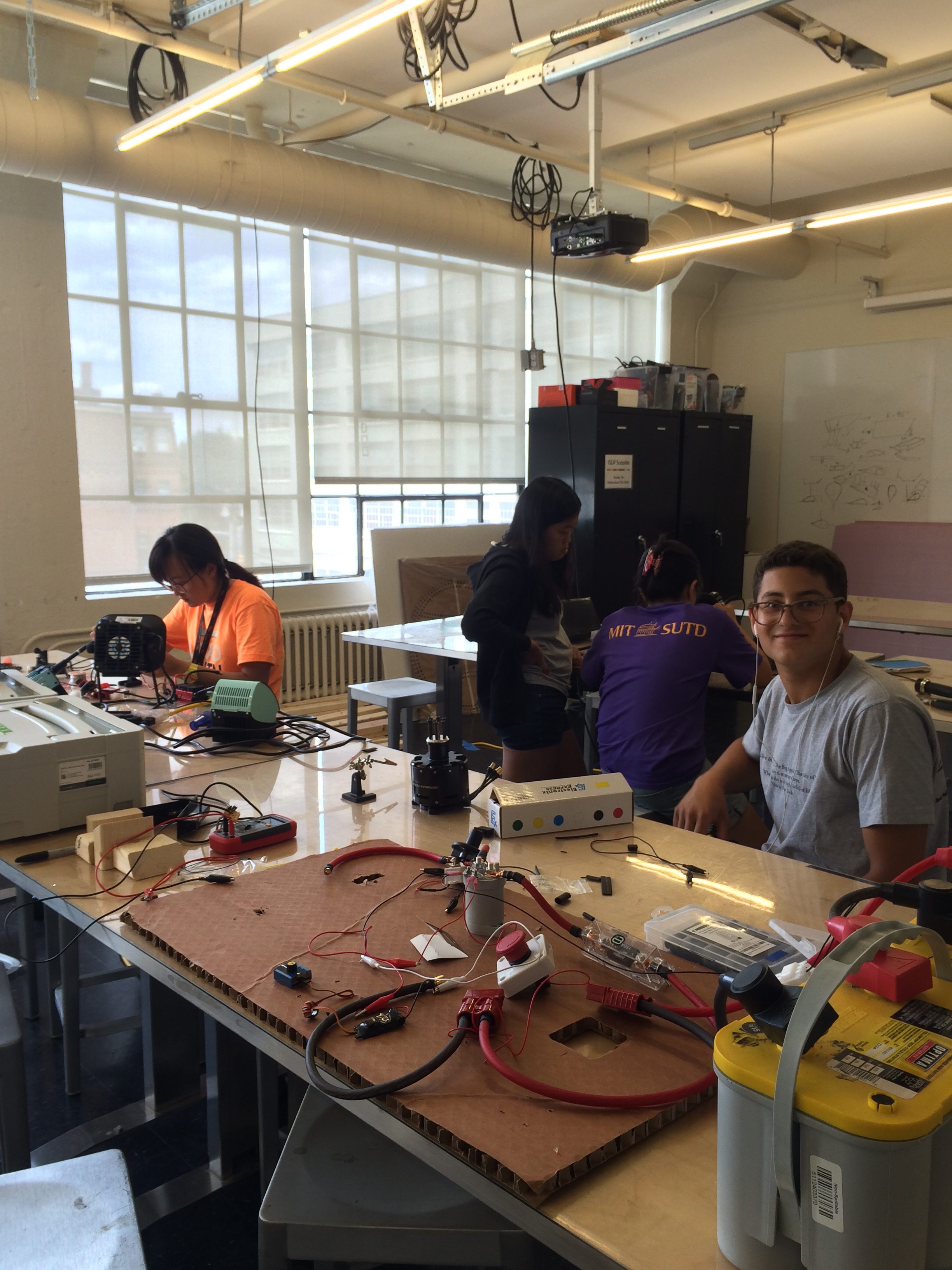 Each team’s electronics person working together to get their circuits working!

I spent a few days in another lab milling and lathing parts for the drivetrain system. The drivetrain takes precision to work, and precision takes time, but under a teaching assistant’s guidance, I went from hesitant to milling out holes in a matter of minutes. But the really fun thing was the amount of improvisation involved – from joining two clamps to using some scrap metal to support a weak point in the part, we had to figure out how to make the part with the tools we had. Mistakes were made, but nothing debilitating… hopefully

Most of the time, the lab floor is cluttered – parts slowly taking shape and material stored and scrapped and salvaged. But one day we were told to do a full clean-up and clear the floor of the lab. It took an hour to gather all the materials and pack them into storage, but we finally got to see the floor like it was at the start of the program.

It was a productive week fabricating… 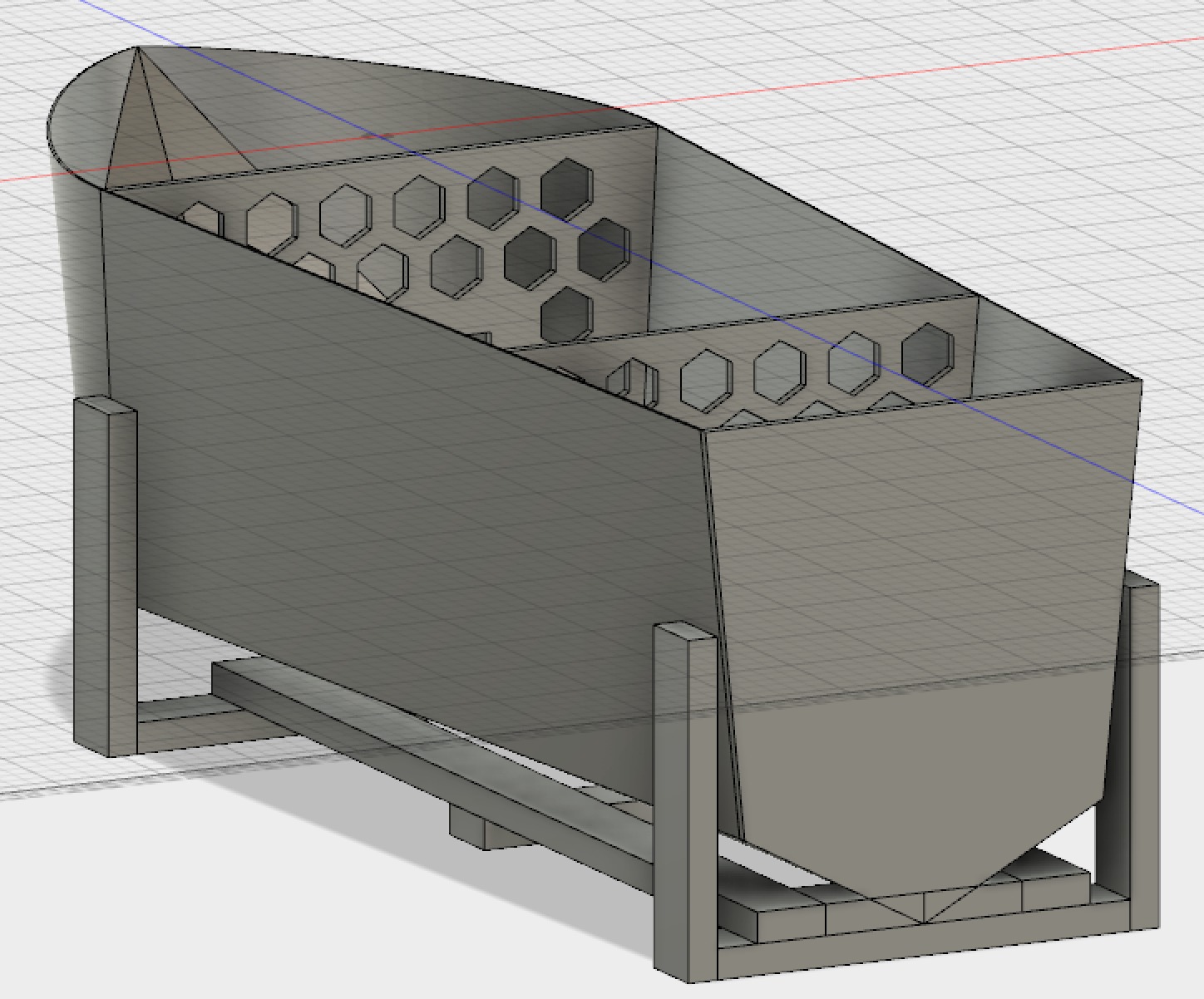 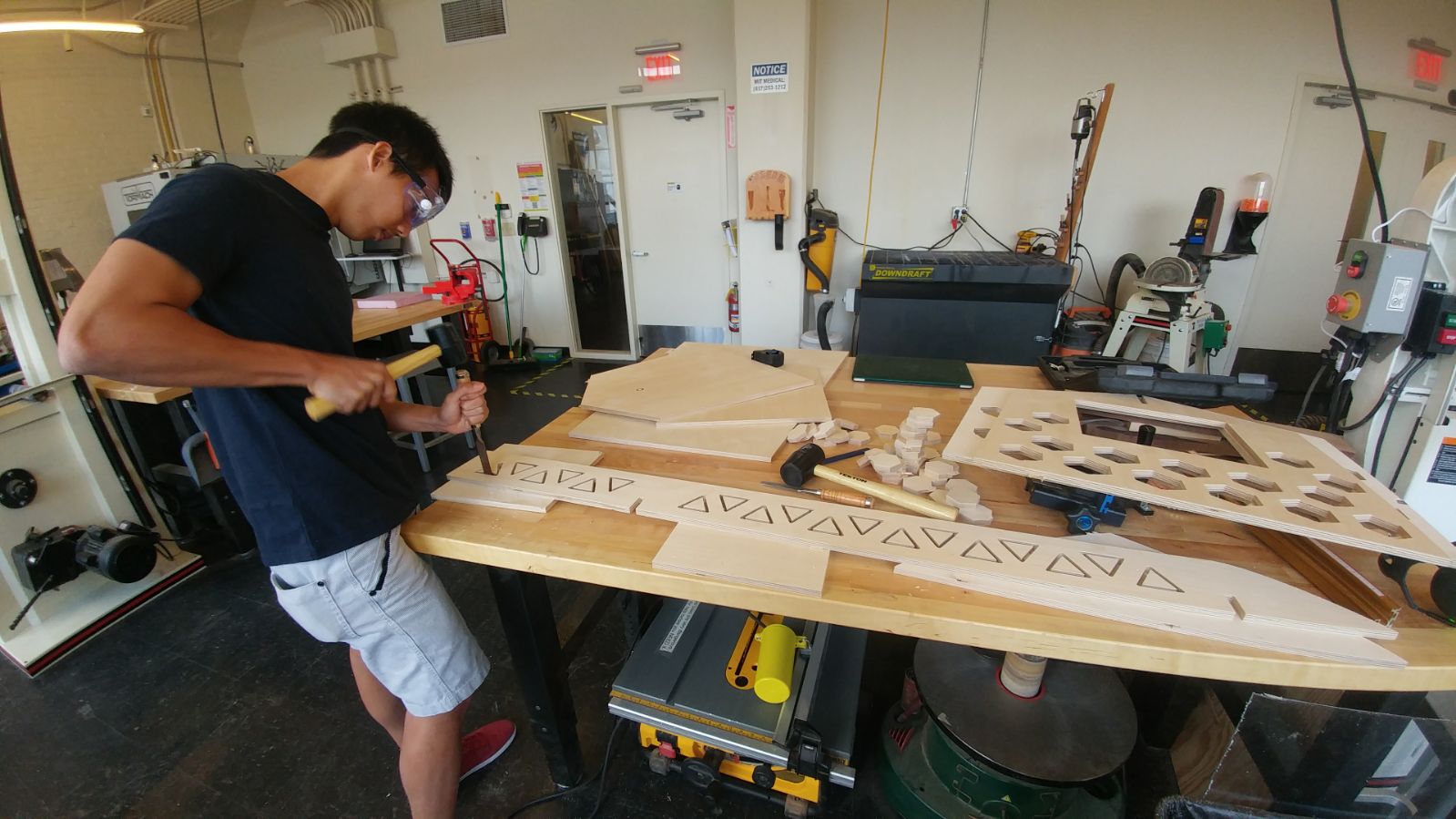 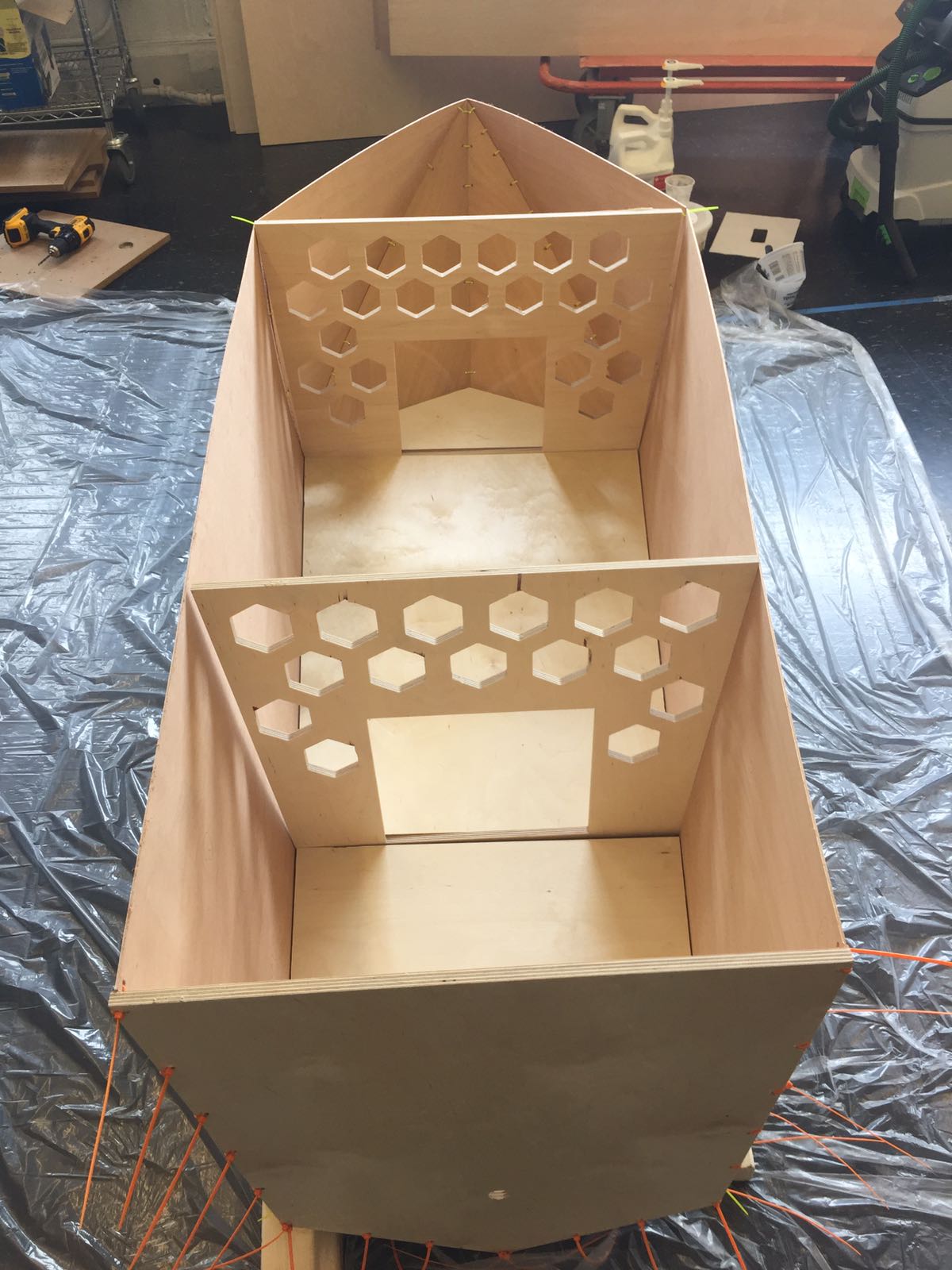 to the boat! (with some way to go, but taking shape!)

Of course, we didn’t spend all our time in the IDC working on the boat. Some afternoons we had the usual additional classes of globalisation and ceramics, where some of us finally managed to create round objects.

And in the weekend, I took a belated trip to the markets of Boston – Haymarket where a box of strawberries costs 99c and whole cardboard boxes of mangoes sell for $2, and Quincy market with its endless food stalls and quaint facades.

We also had a cycling trip to the Museum of Science, like an upgraded Science Center (and with a section on modelling and optimisation – ESD anybody?), and then up to Bunker Hill Monument, a column with 294 steps. The view was a brief reward before the equally long descent.

And finally, some sashimi to end the day. 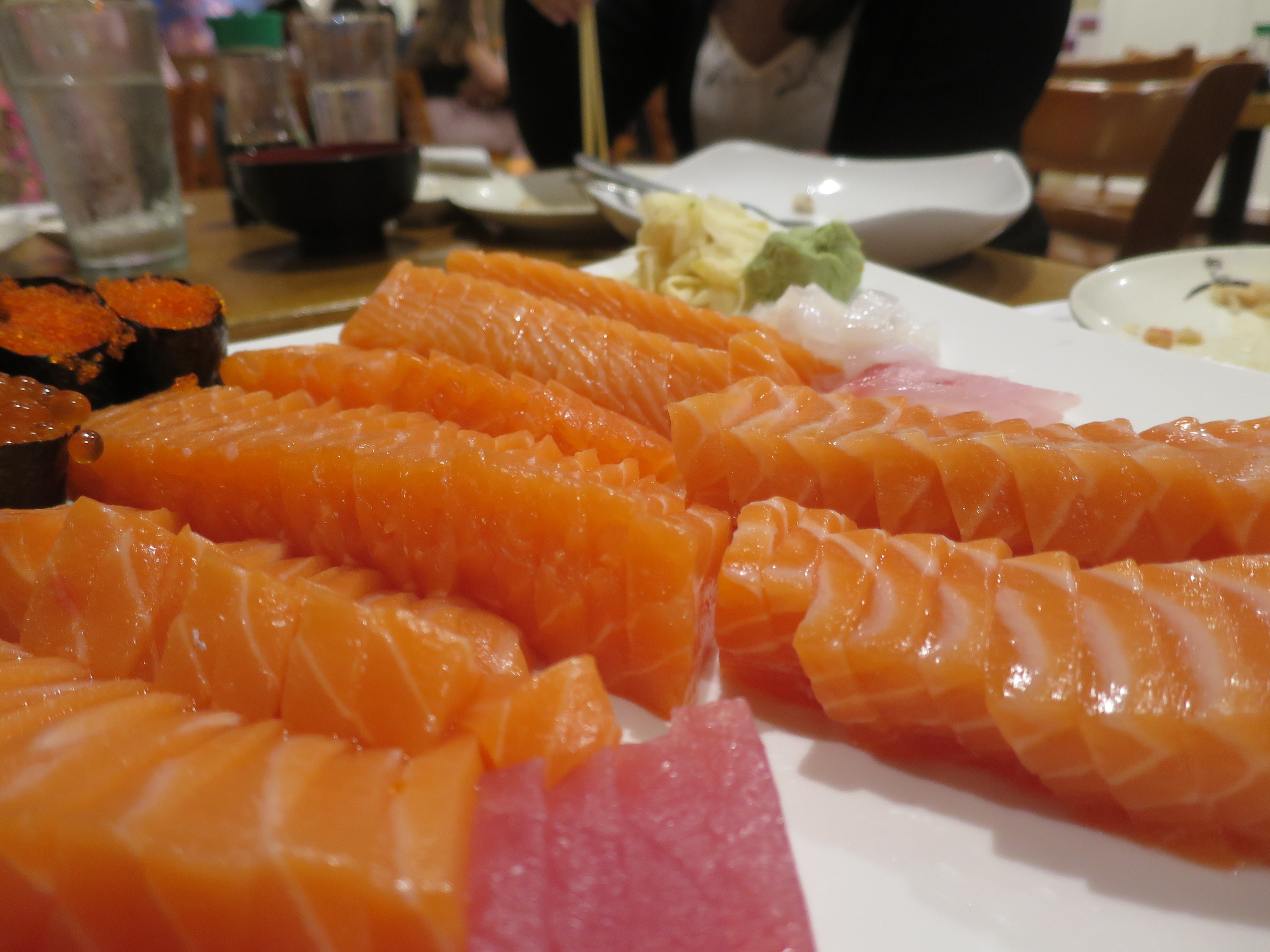 It was an exciting week bringing our boat to life, but there’re still so many details we need to fix and finish up before race day. But, refreshed from the weekend, we were ready for another week of fabrication.

The program is moving forward so fast, we’re more than halfway through and the next few weeks are going to speed past us. MIT is beginning to feel like home.