Before I knew it, it was recess week which also meant that I was more than halfway through my ALP journey. Just as any other curious exchange student here would do, I decided to further explore the land of the red dragon.

“上车睡觉, 停车尿尿, 下车拍照, 回去一问, 什么都不知道” is a Chinese phrase frequently used to describe a particular type of tourist who gets on the bus to nap, takes a leak when the bus stops, gets off the bus to snap pictures but yet has no recollection of what he did or where he went in his travels.

I resolved not to be such a tourist. Yes, I still can’t help it but take pictures excessively wherever I go but as much as possible, I try to at least know what I captured with my shots. So, unlike my earlier posts (much to my embarrassment), for this post, I shall provide short write-ups of each attraction and sound a little like TripAdvisor.

To meet Hangzhou’s ever-growing demand for electricity, the Chinese government embarked on the Xin’an River Dam project in the 1950s. Qiandao Lake, a man-made freshwater lake located in Chun’an County, Zhejiang Province, was born in 1959 as a result.

As suggests by its name, Qiandao Lake consists of 1078 islands. While enjoying the picturesque scenery of clear turquoise waters, green forested islands with yellow sandy beaches that the lake offers, we must not forget about the cost associated with it.

The formation of the lake involved the flooding of two ancient cities: Shicheng(狮城) and Hecheng(贺城), 1377 villages, 27 towns and approximately 50,000 acres of farmland. Roughly 290,000 people had to be relocated.

I find it strange that there are no records of any objections from the local villagers when the Chinese government decided to embark on the project. The government is going to flood your homeland and you just obediently oblige? Don’t you have any emotional attachment to your home? It just doesn’t make sense. One plausible explanation I could think of was that in the 1950s, China was still under communist hardliners rule; the people then could not openly express their views and had no choice but to quietly oblige for fear of persecution. There was no room for dissent with the government.  Even if there were any demonstrations, it would probably be swiftly put down and erased from history, which explains the lack of records. 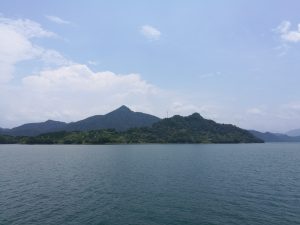 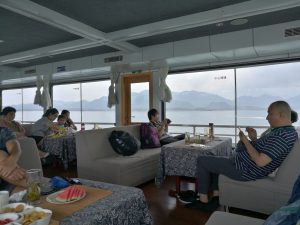 Based on online travel guides, Yunqi Bamboo Forest is “a place of retreat to escape the hot summer” and a place to visit “in summer for the cool breeze bringing the fragrance of trees”, making it the ideal place to visit this summer. Maybe I was just unlucky, but what I experienced was totally different from described.

The place was scorching hot and humid; there was no cool breeze at all! To make matters worse, the place was swarmed with mosquitos – I could hear the mosquitos buzzing around my ears throughout the entire journey. Despite having applied mosquito repellent, I was still constantly bitten by the mosquitos there.

But, if you do not mind the above mentioned, the landscape of luxuriant bamboo forests, elegant pavilions and winding trails there is indeed a sight to behold. Yunqi Bamboo Forest, unlike the other attractions around Xihu, is a tranquil spot with little crowd, making it a perfect place for leisure strolls. 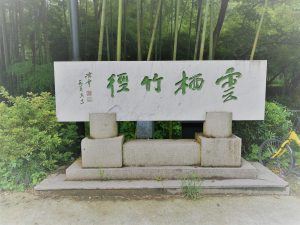 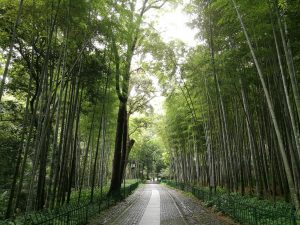 Unlike other towns, Hengdian was a remote town with no selling point for tourism; it had no famous people, no historical and cultural relics, no ancient architecture or beautiful natural landscape. This all changed however, when Xu Wenrong, a native of the town and a shrewd businessman, decided to tap into the burgeoning film industry in the 1990s by constructing film sets in Hengdian. In doing so, he managed to bring tourism into Hengdian town. 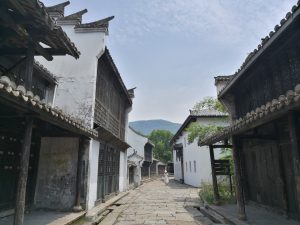 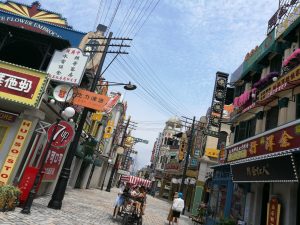 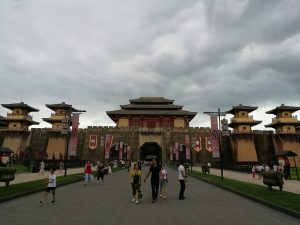 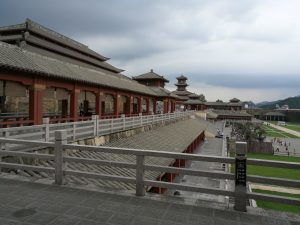 Palaces of Ming and Qin Dynasties 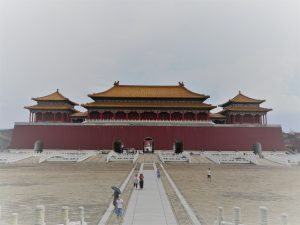 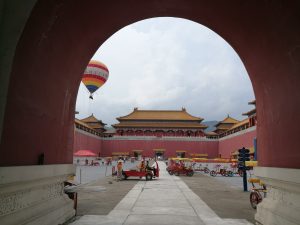 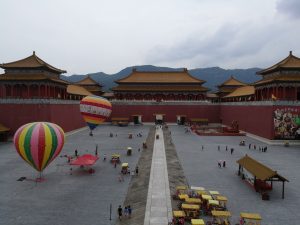 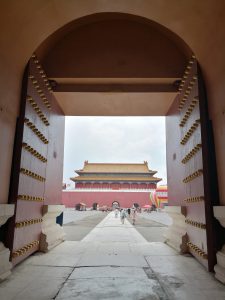 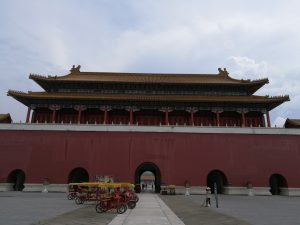 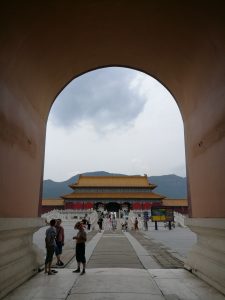 That’s all from me this week!