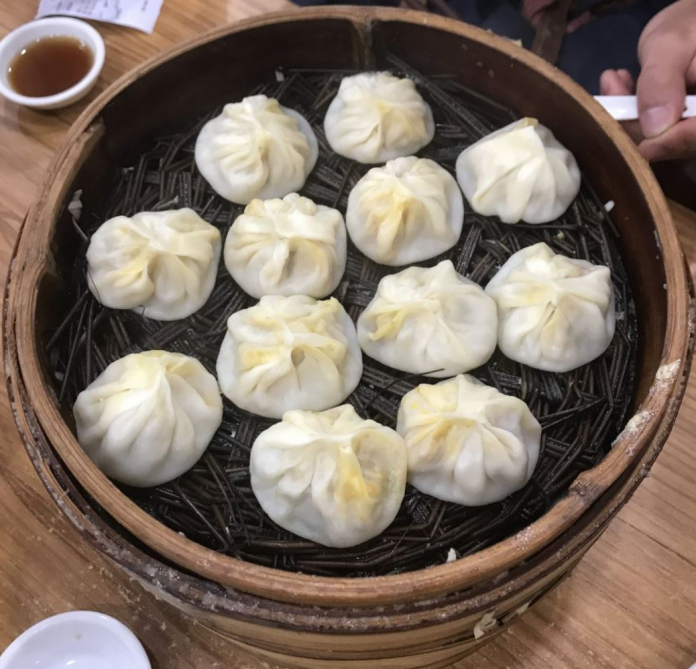 That was the time I had to wake up on Saturday to catch my K-train from Hangzhou East train station to Shanghai South train station. Both train stations resembled an airport; there were security bag scanners, passport and train ticket checks at the gantries and the various train boarding gates.

From the online booking application, Feizhu (飞猪), one could select from different types of train to get to their destination; D and G trains travel the fastest but are the most expensive; K, T and Z trains are more economical choices but travel slower. On average, D and G trains take approximately an hour to get from Hangzhou to Shanghai and K, T and Z trains take approximately 2 hours and a half.

My primary goal for the trip was to savour the delicacies of Shanghai, especially their xiaolongbao. The xiaolongbao I had tasted in Hangzhou was great but felt lacking in certain aspects, it was dry and did not have the piping hot soup which oozes out when one takes a bite at it.

But for this post, I shall not focus on the delicious food I had there but instead on the architecture of some famous buildings I visited there.

Continuing my journey, I then proceeded to Yuyan Market in the evening. The traditional Chinese architecture of the buildings there generated an “ancient atmosphere”; it felt as though I had taken a step into ancient China. I would recommend visiting Yuyan Market at night to catch a glimpse of the dazzling night lights. 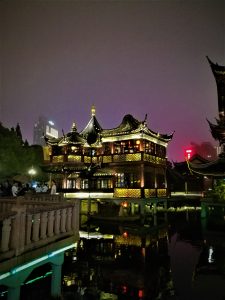 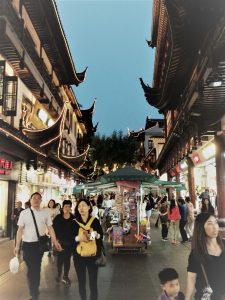 The following morning, I visited Shanghai Science and Technology Museum (上海科技馆). Unlike the earlier attractions, this museum was based on modern architecture. The focal point of the building was the glass sphere positioned in the centre of the building; within it containing a suspended white sphere. The combination of the two spheres resembled an egg and its yolk which symbolises the birth of life in Chinese culture. Overall, the building emanated a futuristic feel; when viewed from above, it resembled a futuristic spaceship with the roof of the building mirroring the wings of the spaceship and the protruding sphere corresponding to the command centre of the spaceship. This futuristic concept is a perfect fit to the museum which exists to exhibit the scientific and technological advances made by man.

That’s all from me for now as I prepare to head out to Tianducheng (天都城) to explore the Parisian architecture there.