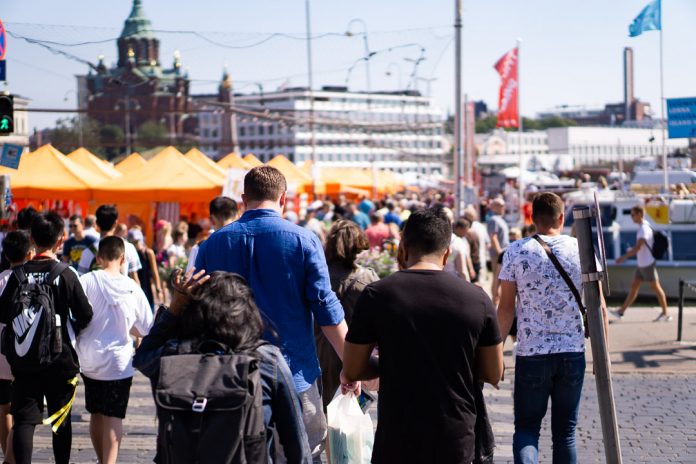 When I signed up for this program in April, I really was just curious. “Creating Multidimensional Experiences” doesn’t sound like something that would inherently benefit an engineer, but I’d like to think that at SUTD, we’re not just engineers. The prospect that I could design solutions to make people feel understood was somewhat enticing. In a way, SUTD has exposed me to this notion by incorporating design thinking into our learning, but I wanted more. I wanted to learn how different cultures perceived and tackled problems. 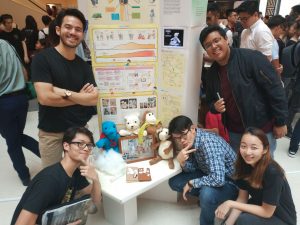 Exhibit A: 3.007 was for many of us, the first brush with design thinking in SUTD

I arrived in the city of Helsinki 4 days before the course so that I might recover from jet lag. A few days prior, I found out that my supposed course buddy had pulled out months earlier. This meant that I would be alone in Finland. I would be lying if I said I wasn’t afraid; It felt like the time my dad tried to teach me how to swim by throwing me straight into the swimming pool. 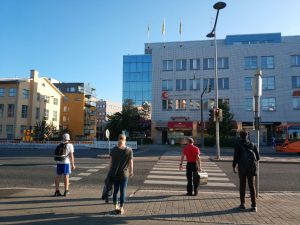 Exhibit B: First thing to do in a swimming pool? Cross a road

Helsinki was… different. You know when you look up photos of a faraway place and all you get are sunny beach photos? You’d think it was just some marketing stunt, deep inside you feel that it can’t be the full picture. Except Helsinki really is a land of eternal sunshine. Google images was right, and painfully so. The sun rises at 4 am and sets at 10 pm. If I had arrived a week earlier, the sun didn’t even set at all. With the perpetual mid-day, slumber felt like naps and the daily 3 meals felt like 3 lunches. I started to dislike the sun but didn’t dare say it lest a Home Alone style prophecy occurred. Exhibit C: Screenshot of Google images when you google “Helsinki in Summer”

The first few days in Helsinki, I explored the city by myself. It was liberating, I had no idea where I was going and frankly, it didn’t matter. I read somewhere that during prolonged periods of silence, people would experience heightened levels of hearing, smell, and taste. It’s true. The aroma of coffee seemed richer and water tasted sweeter. The cry of seagulls was especially noteworthy; it was by far the most excruciating sound I have ever heard. Picture a rooster incapable of crowing, instead choosing to communicate its presence to the world by way of loud, incessant shrieks that pierce the stillness of the Finnish air like fire alarms in the night. It was a curious creature from a curious land. 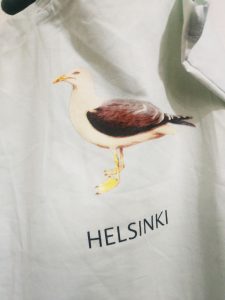 Exhibit D: The Finns enshrine the menace of the seagull on a tote bag

It wasn’t long before my senses were overwhelmed by the new environment, there was so much to discover and too much I didn’t understand. I bought a container of berries for lunch; I was contented to have conquered the 4 corners of the box. Adjusting to it all hasn’t been easy, but I’ll do it – one step at a time. 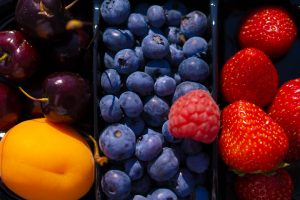