Today marked the start of the CDIO summer camp, having traveled Taiwan alone for the past few days, I was excited to meet new friends and people. After a long train ride from the Alishan mountains, I arrived at Feng Chia University Fuxing Dormitory. Compared to SUTD’s hostel, this was very much a downgrade as the buildings were old, and the rooms were shared between 4, rather than 2. I came into a room of two other Singaporean students from SUSS and we chatted while settling down.

Before long, it was time for dinner and I met up with the rest of the CDIO summer camp participants.

We were then split up into groups after dinner, followed by some introductory games.

Day 2 was a real bummer, as the day with a 9 A.M. lecture which was scheduled for 2 hours. The lectures were conducted by various renowned lecturers in their own field. A wide range of topics were covered, revolving around the idea of Smart Cities. While they were very knowledgeable, their poor command of English the lecture became very dry and hard to follow. Lunch followed soon after, which was great as I soon felt my eyelids becoming too heavy for my liking.

Lessons carried on till evening, where the fun begun! We participated in an Amazing race ” Night market ” version, which required us to find the food pictured by a symbol.The first team to race back and finish the food gets a stamp. The team with the most stamps wins! However, the scorching heat caused us to take it slow, and we finished 3rd place out of 8, not too bad. Below are some snaps! 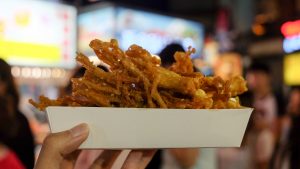 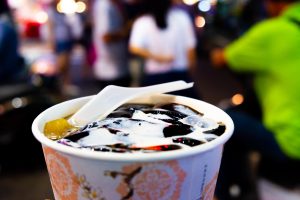 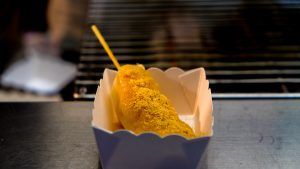