This Week, the school organised a Temple Stay at a famous temple, Magoksa temple.

The temple grounds was peacefully nested within the nature of mountains. We were directed to the huts first. The huts were simple but well kept and they were where we were supposed to sleep for the night. Guys and girls were to sleep in separate lodging blocks.

After heading down to the temple river for some frolicking, we were brought on a tour explaining the history and meanings of the temple grounds. Elabourate gates at the entrace with huge statues inside ward off evil from pilgrims to the temple, for example. Afterwards, we each rang the temple gong. It was loud and aura boomed with each ring! 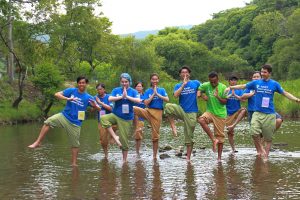 Dinner was simple vegetable bimbimbap. Following, we had evening prayer with the temple monks. Some of us tried to keep up with the chants but it was difficult and very foregin. No doubt the monks had practiced many long evenings. At night, before bed, we performed 108 bows. The ritual was refreshing but tiring on the hips. 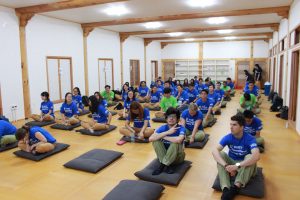 We woke up at 4am the next morning for morning prayers with the monks. Not much different from the night before. Then we had meditation practice for an hour. As it was raining, we did not go weed picking in the forest. Instead, we rested in the prayer hall then had breakfast. The last 2 activites of the day were lantern making as well as a talk and tea session with a trained monk. 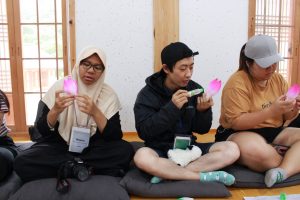 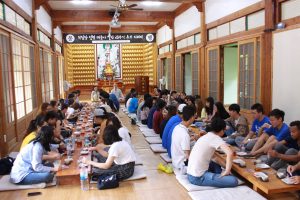 The Temple stay was enriching and reconnected me with my buddhist roots. In small pockets like Magoksa Temple, tradition remains strong and become a meaningful retreat from city bustle.