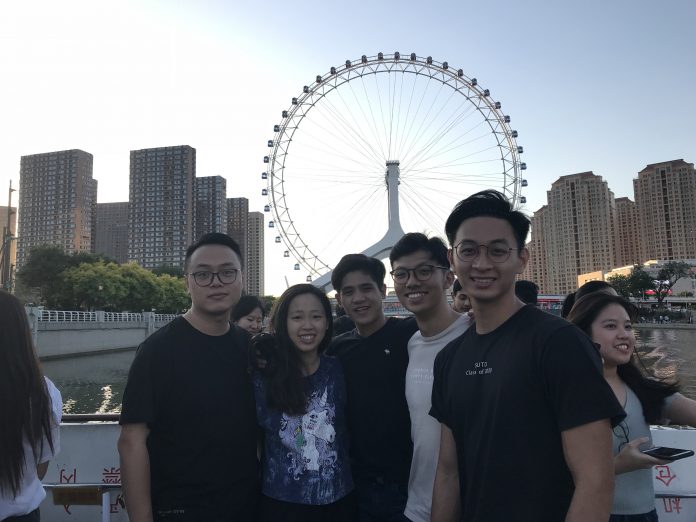 Hey everyone, Hao Ze here! Just a few weeks ago, three of my friends and I embarked on a two weeks adventure to Tianjin and Xi’an for an exchange programmed organized by the Ministry of Education (MOE). Alongside 42 students from three other local universities, namely National University of Singapore (NUS), Nanyang Technological University (NTU) and Singapore Management University (SMU), we had the privilege of immersing ourselves in the rich culture and history of China through the plethora of cultural museums, historical sites as well as other tourists’ attractions that we visited. Throughout this short two weeks stint, we also received the warm welcome of students from four different Chinese Universities, including Nankai University, Tianjin Foreign Studies University, Xi’an Jiaotong University and Shaanxi Normal University.  The Chinese students were extremely hospitable to us Singaporean students, accompanying us to attractions, ensuring that we are all well-fed throughout the trip (very well-fed indeed) and most importantly helping us assimilate into the Chinese culture. All of us felt extremely blessed to be able to experience this cultural exchange trip and hence would love to share the things we did in China with the school community. 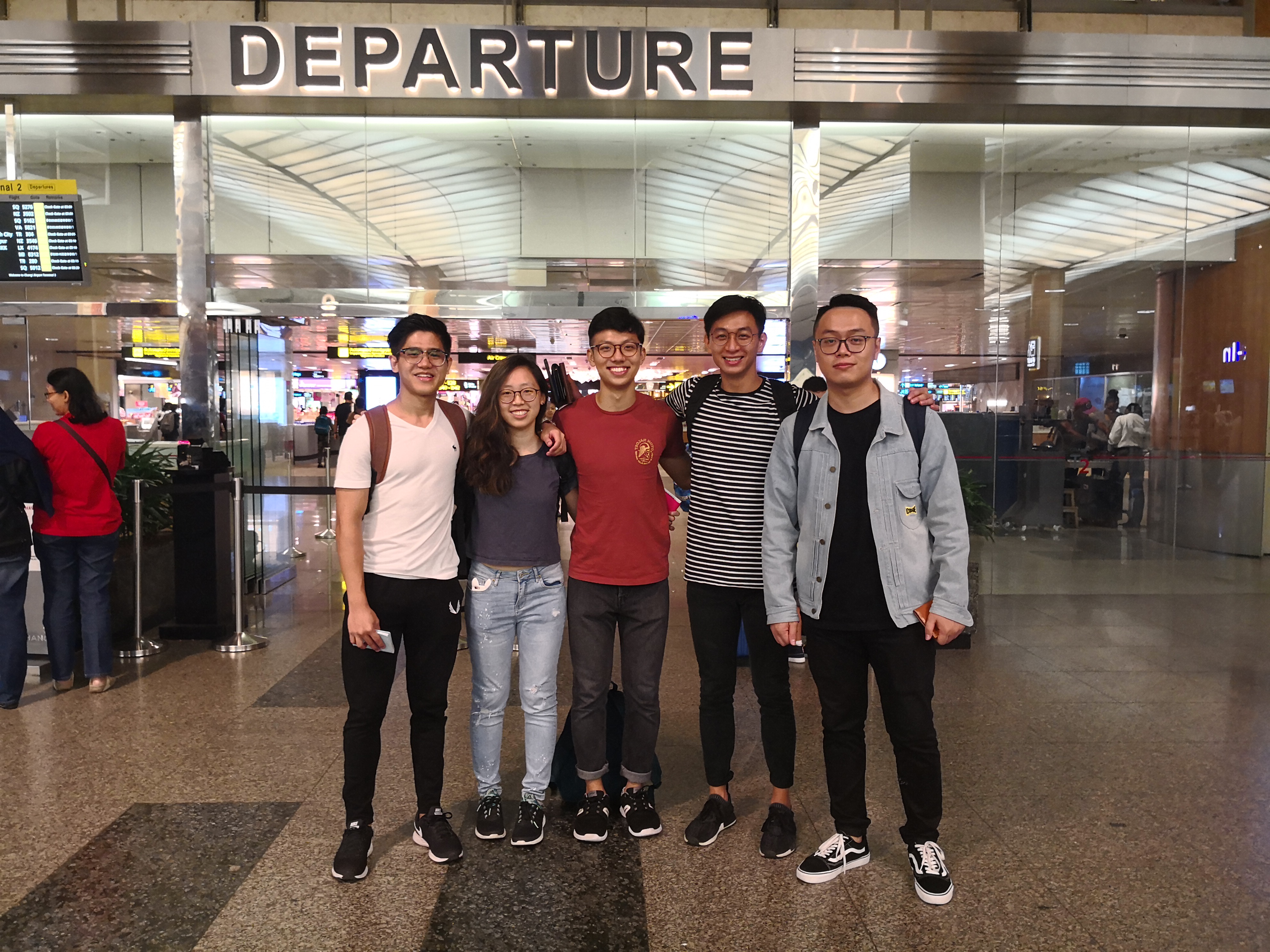 Day 1, all ready to embark on our trip to China! Our hearts were filled with uncertainty, unsure of what is in stored for us, unsure of what kind if friendships were were about to forge. But there was one thing we were certain of – this trip is gonna be fun. Or at least we are going to make it fun:) 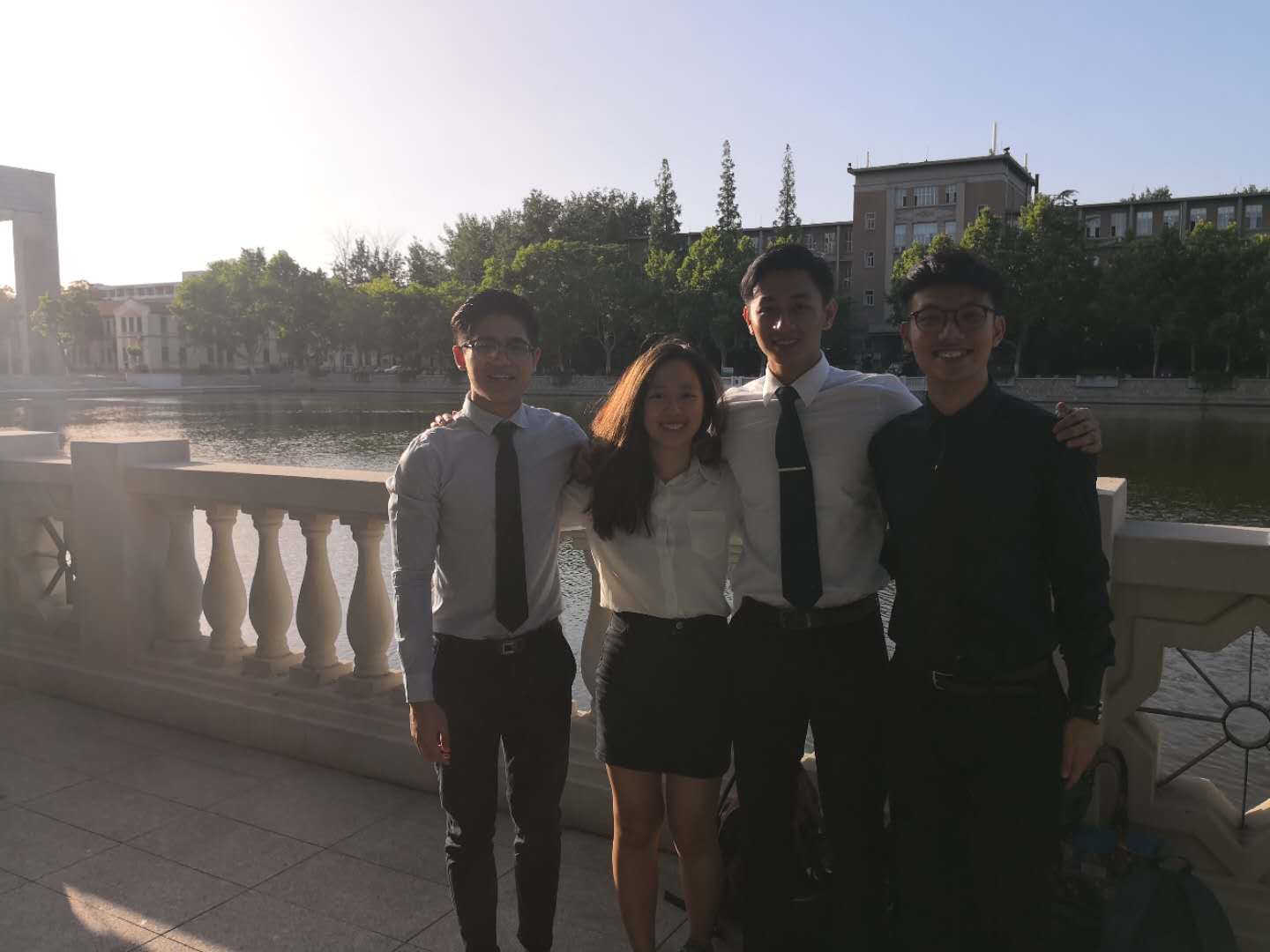 Nankai University, the first Chinese University we visited. Clad in our formal wears, we attended a welcome ceremony heeded by Nankai University’s Principal before moving on with some ice-breakers led by the Chinese students, which we went around the school compound to search for landmarks. 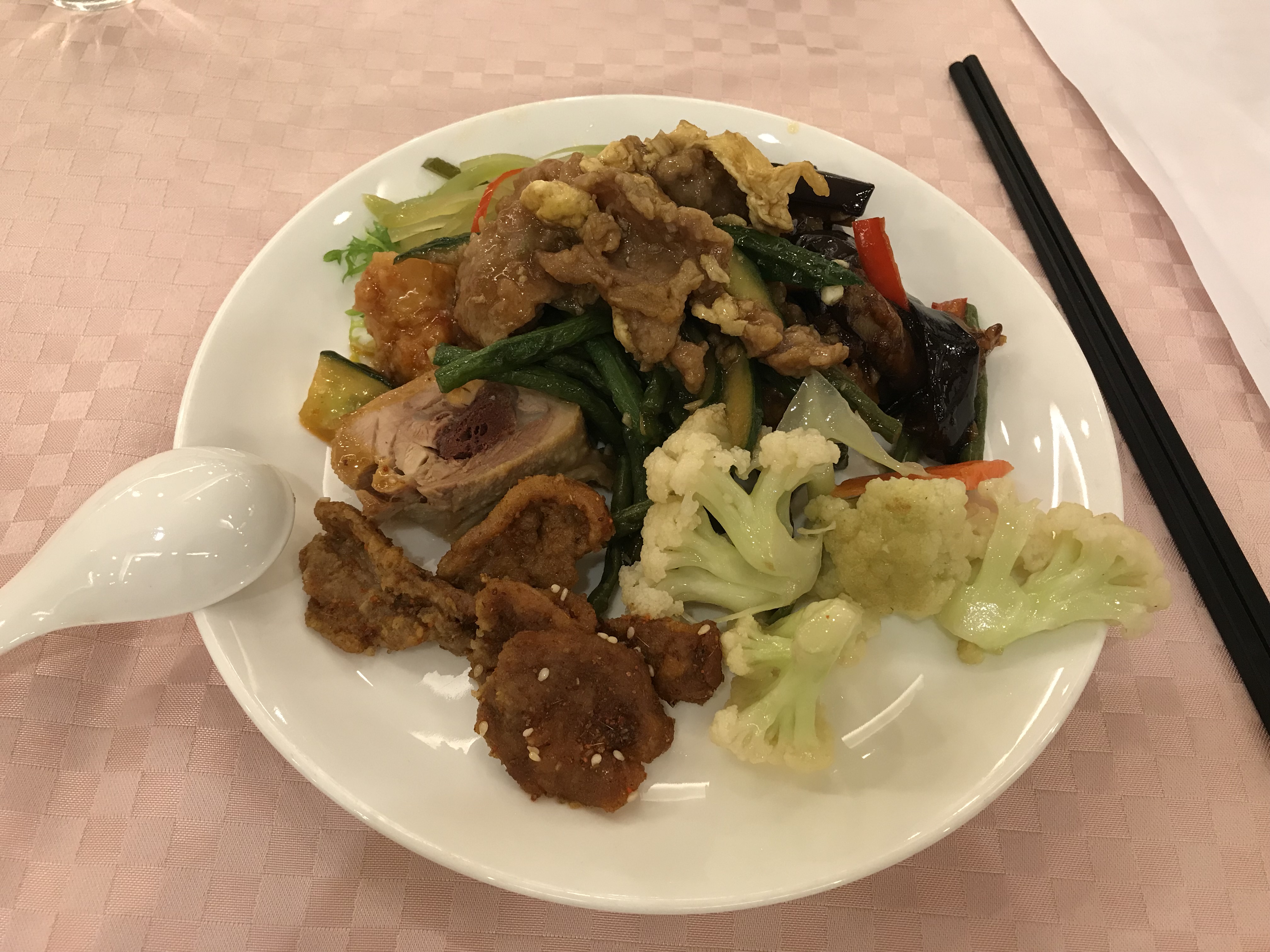 One of our many meals in Tianjin! Until today, we still do not know what magic they put into their popcorn chickens and cherry tomatoes to make them super juicy and addictive. I am feeling hungry now. 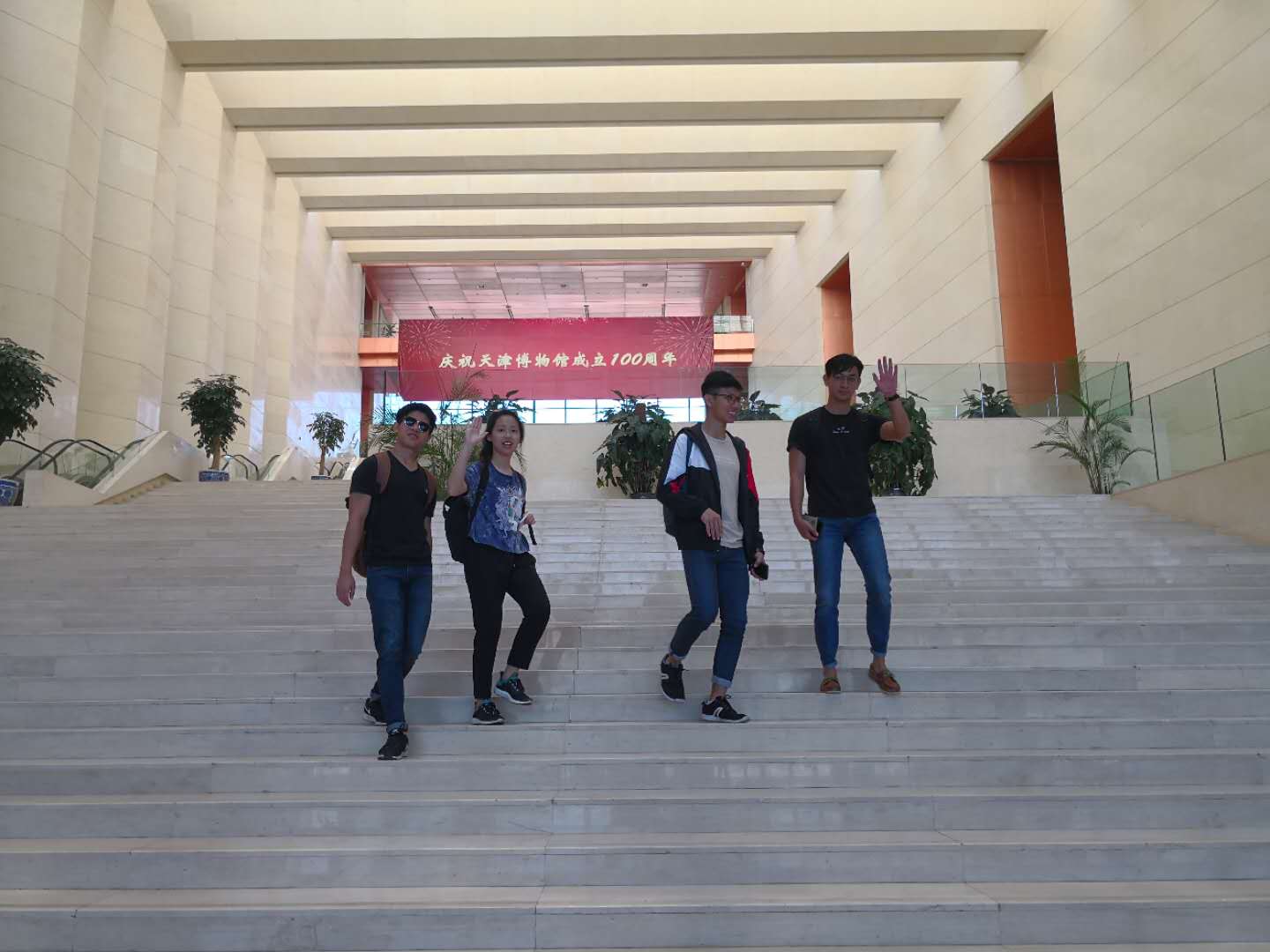 One of the many museums we explored, this particular one showcases the rich history of Tianjin. The second photo shows four very enlightened students descending the staircase at the end of the museum tour pretending to be very important figures. Looking back, I have no idea why we did that but it was cool. 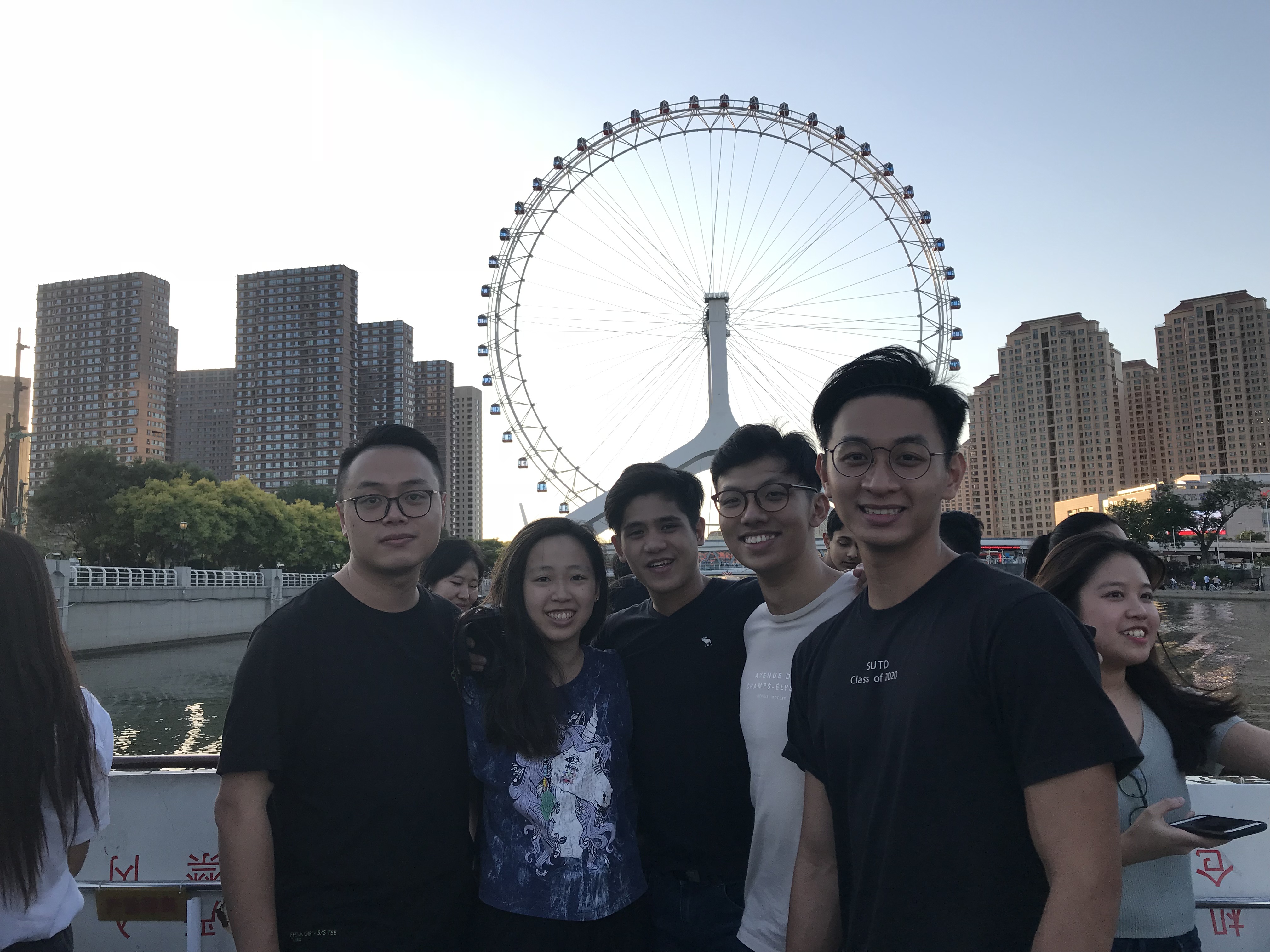 As foreigners in China, we had to visit touristy places to get a holistic overseas exposure experience. As technology and design students, we were amazed by the architectural construct of the 120m tall Tientsin Eye on the Yongle Bridge over the Hai River, a very prominent landmark of Tianjin. 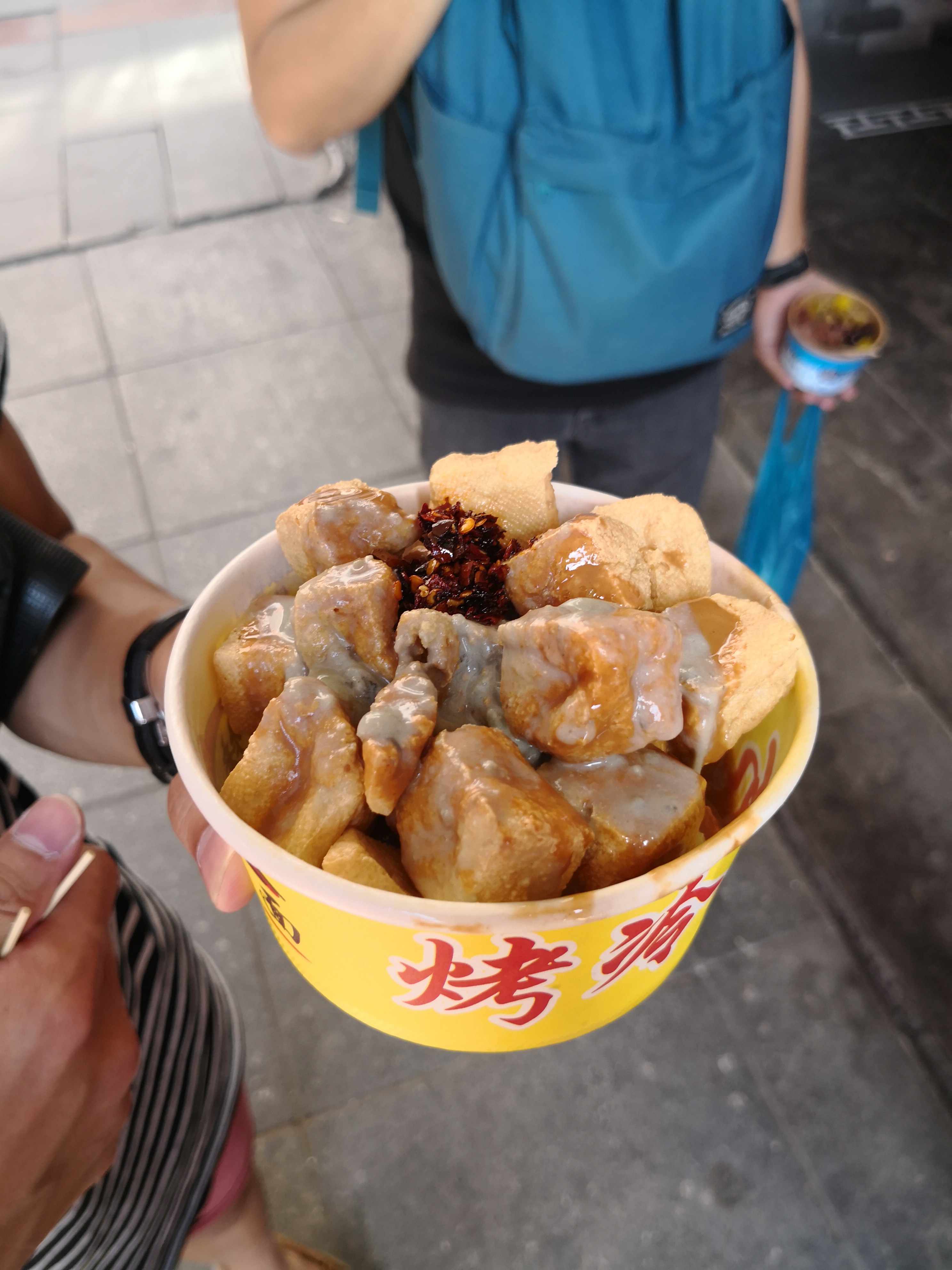 Can you smell it?? We could from 10m away! This is the smelly tofu, a local delicacy that is characterized by its suffocating foul smell akin to that from the sewage. Yes it was surprisingly edible. Wait no, edible was too light of a description. It was pretty heavenly in the mouth, with the tofu slightly crispy on the outside, tender on the inside. We chewed gum afterwards. 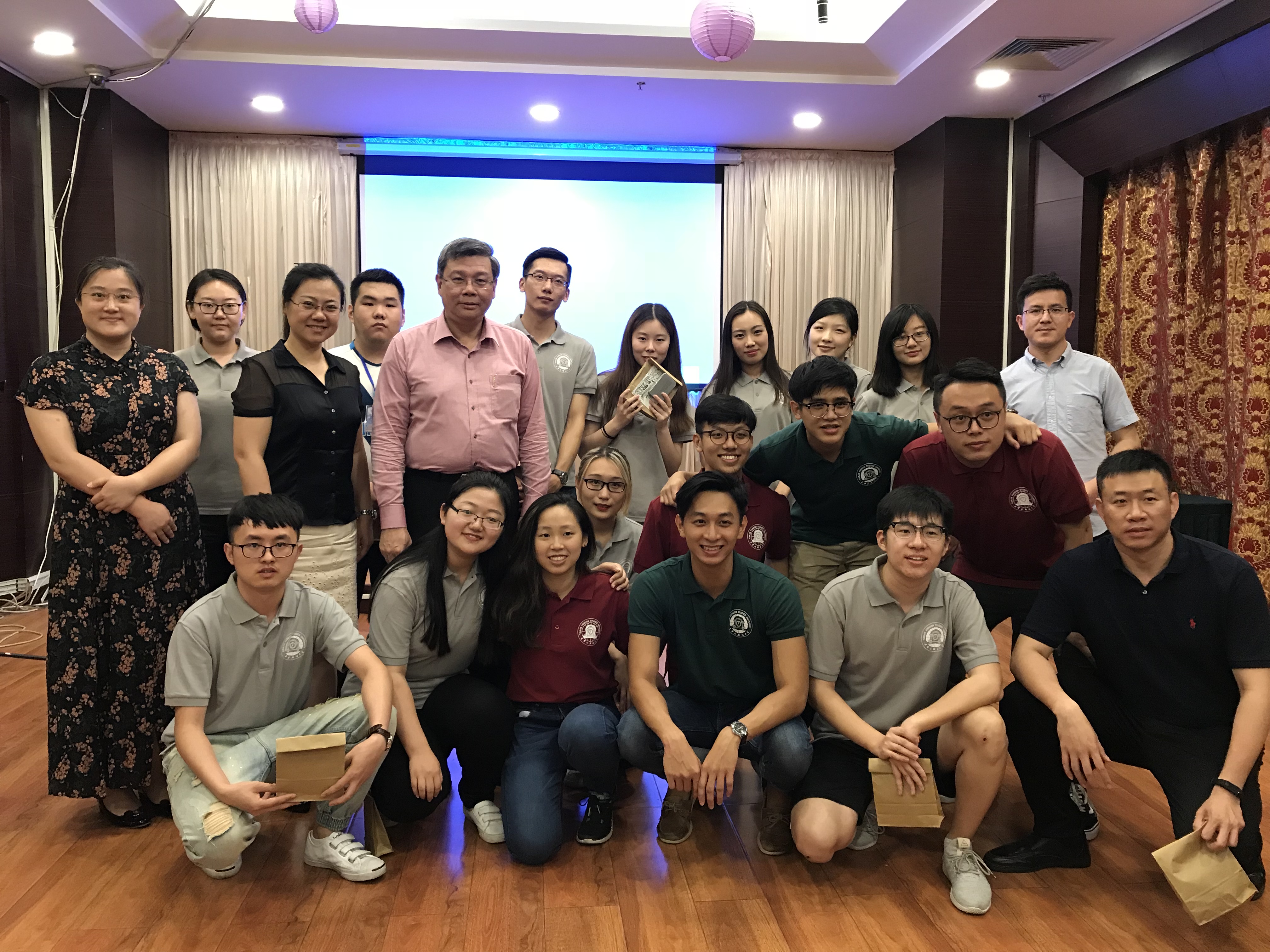 Farewell dinner at Tianjin Foreign Studies University. Farewells were never easy. However, as we had to visit four universities in just two weeks, it inevitably became part and parcel of the trip. Not only did we exchange gifts and performances, we exchanged our WeChat ID – so we that could keep in touch in the future. Lastly, we exchanged goodbyes. 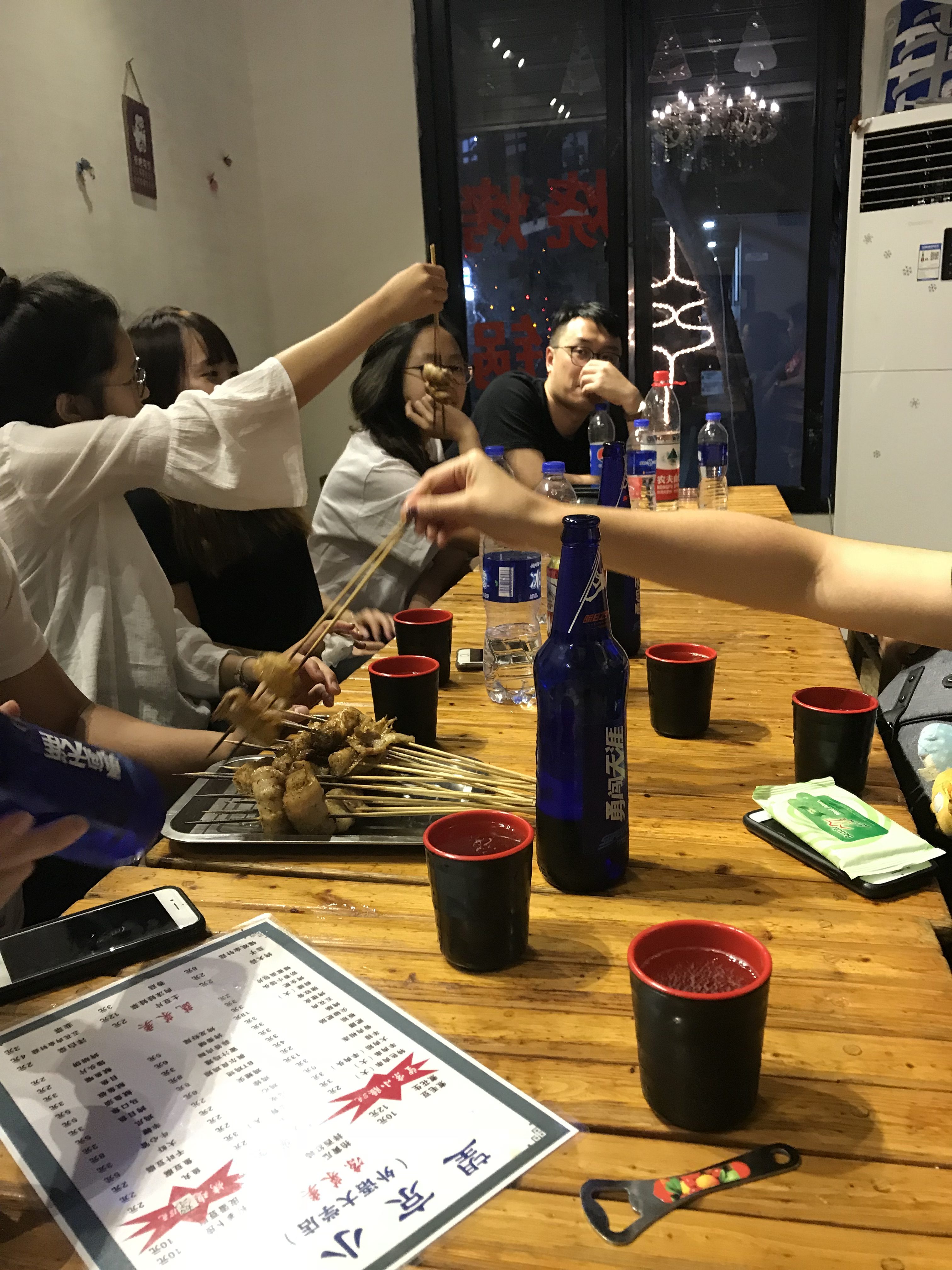 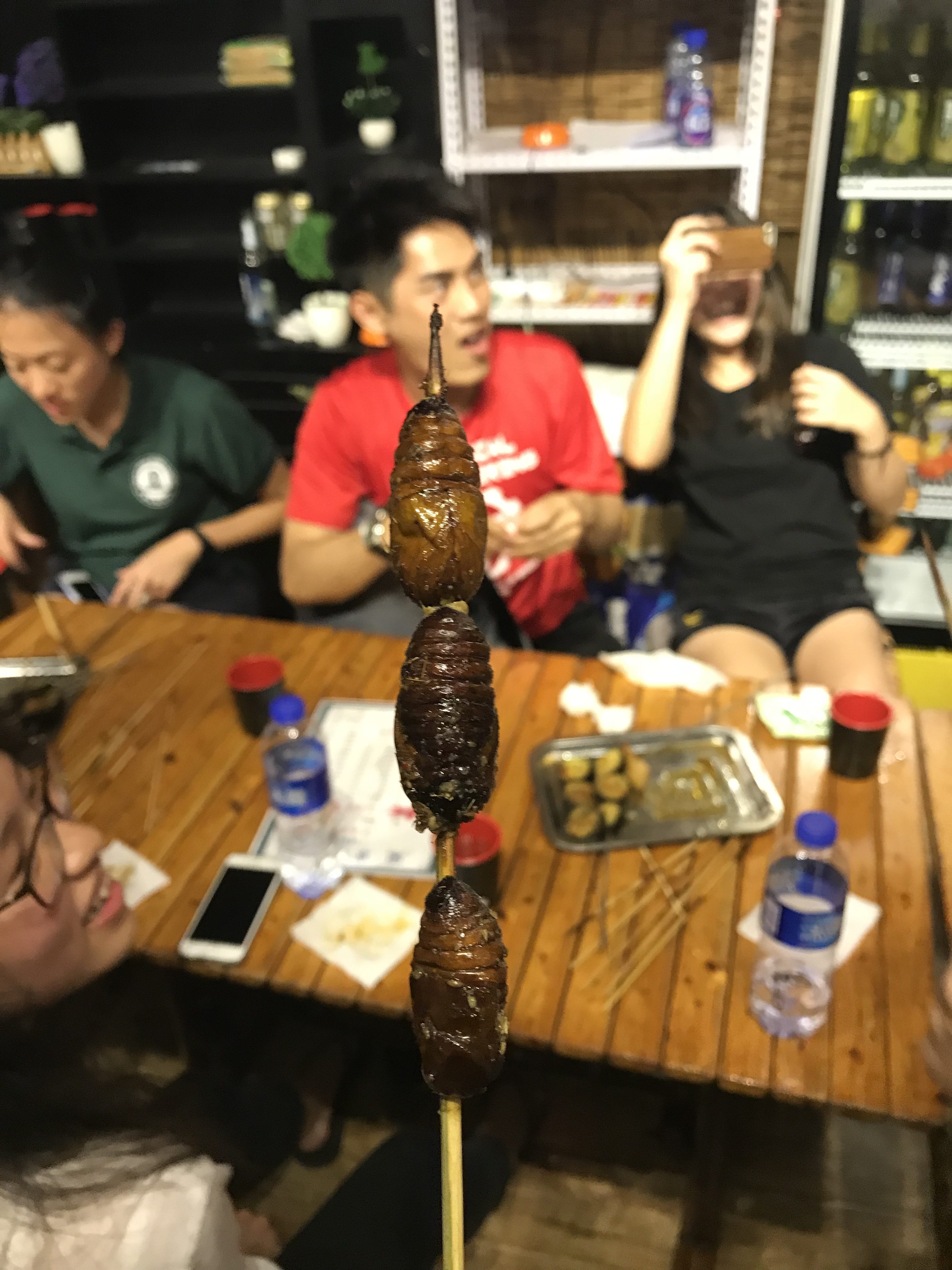 Last night in Tianjin. We ended it off with a beautiful supper at a Korean BBQ restaurant within Tianjin Foreign Studies University’s school compound, proudly organised by SUTD students. We ate different delicacies the restaurant had to offer, ranging from barbecued enoki mushrooms, pork belly that is 90% fats, chicken wings, chicken heart, barbecued mushrooms and barbecued egg plants. However, there was one dish that really put our fears and courage to test. It was the barbecued silkworm pupae. As thick as an adult human’s thumb, black juices spill out from its interior as we squeezed it with curiosity. A few of us tried, a few of us swallowed, we few of us couldn’t take it and spat it out. It was an unforgettable night.