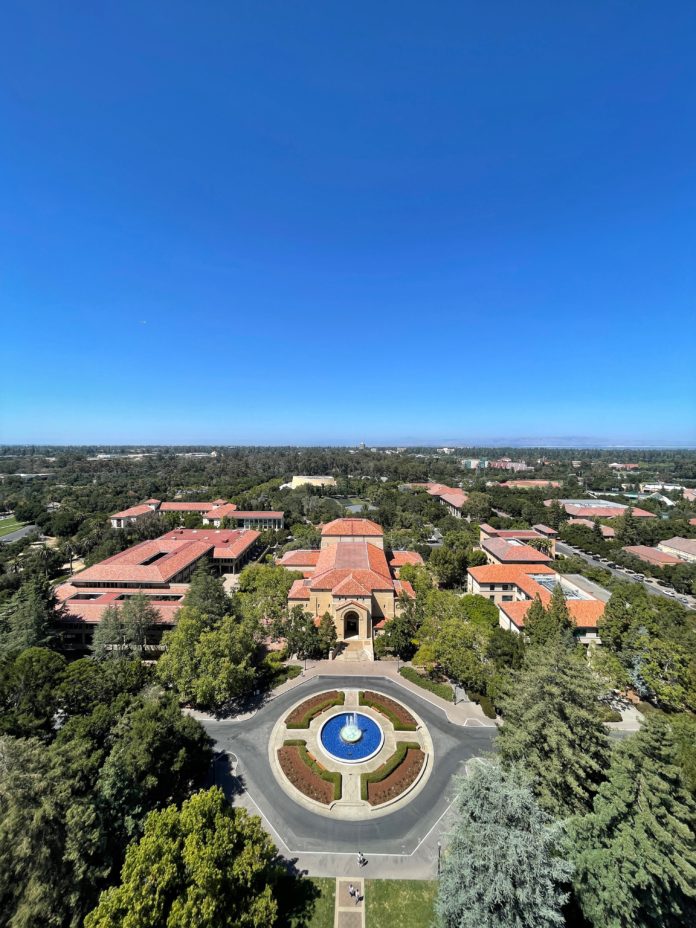 Starting the Summer at Stanford 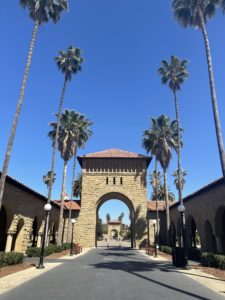 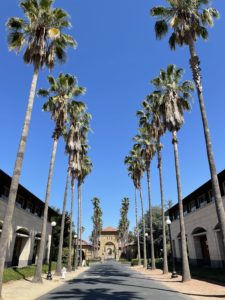 On Saturday, we rolled into Stanford with our stuff and were greeted by the RAs (residential assistants) and the cool crisp California air at Roble Field. Hundreds of students from all across the world thronged the field ranging from high school students to post-graduate students; all of them having come to Stanford for the summer. There was a welcome reception in the field with a luggage drop-off, covid testing station and food trucks. We picked up our Stanford IDs and some Stanford swag before making our way to our home for the summer: Branner Hall. 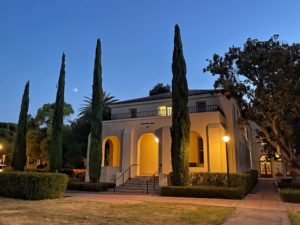 Our home for the summer

At first glance, Branner seemed like an unassuming building but once we stepped foot inside, we were pleasantly surprised by its impressive furnishings and homely common areas. The lounge was grand and filled with abundant couches, a ping pong table and even a grand piano (awesome). The rooms were also cosy with most of them accommodating either 3 or 4 people. There were desks, swivel chairs, closets and even two fridges. However there were no fans but the weather at Stanford did not make it necessary. The layouts of each room were varied and most ranged from 2 to 3 rooms per unit. Afterwards, we made a run to the local Walmart which was a 10 minute drive away to buy sundries, bedding and other useful items. Some of us also got our own bikes to commute around campus conveniently. Stanford campus is very bike friendly and many students opt for e-scooters, skateboards and bicycles to commute across the beautiful campus. Following our first of many Walmart runs, we had our first dinner at Stanford Arrilaga dining commons. The food was decent and had a variety of entrees. There was a salad bar, fruit bar, desert bar, almost every kind of bar except for a soap bar. There was even an ice cream machine (awesome #2). Post dinner, there was a mixer for IHP students to mingle. We got to meet wonderful people from across the globe, from Spain, Italy, Greece, Hong Kong, Japan and so on.

The next few days, we had our first lessons of Mining Culture through Text Data and People Analytics respectively. Alas, after our first lesson of  PA, a campus wide blackout occurred due to a fire disrupting one of the transmission lines. The dorms and most buildings had no power and classes were cancelled for the next few days. Arrilaga dining hall remained open as a respite area for people to charge their devices and access the internet. Fortunately, Stanford did not let a power outage dampen our spirits. They chartered a bus for us to visit the Fisherman’s Wharf at San Francisco where we got to see sea lions and explore Pier 39. We also spotted Alcatraz island, played some retro games at the Musee Mechanique and caught a glimpse of history with the USS Pampanito and USS Jeremiah O’Brien. After returning to Stanford, we were greeted with a bustling fun fair followed by a cookout in the midst of a power outage. That was by far the most eventful black-out I have ever experienced.

Over the weekend, we had our own plans of our own. We embarked on our first road trip up Highway 1 towards Golden Gate Bridge. Pro tip, we rented our cars from Zipcar which was really affordable and convenient; they even cover petrol fees. We passed by Francis Beach at Half Moon Bay where the water was frigid despite it being the summer. Then we moved on to the Fitzgerald marine reserve to see the tide pools. Following that was Devil’s slide and Old Highway 1 where we got to see impressive views of the sheer cliffs. Lastly, we rounded it off with Land’s end where we were pummelled by icy cold winds but could still catch a good view of Golden Gate Bridge.

It sure was an eventful first week at Stanford and we knew this summer at Stanford was going to be legendary.