Week 7 rolled in and it was starting to feel that the summer at Stanford was almost over. For most of the week, everyone was busy preparing for their final exams and final projects. Nonetheless, we still found the time to go off campus. 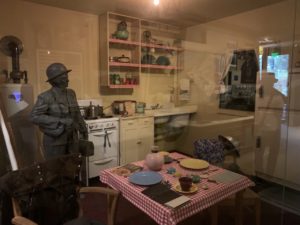 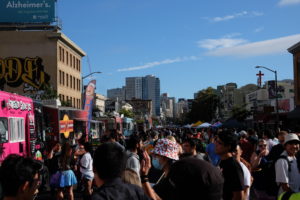 On Friday, we visited the Oakland Museum of California or OMCA for short. It featured exhibits on the history of California and the changes in the natural environment in the region. I found the exhibits on World War 2 to be very immersive and interesting as it was really well designed and allowed you to feel the atmosphere of that period. Afterwards, we stopped at the Oakland First Friday fair. It was a fair to celebrate the arts and culture held in Oakland which was a city just south of Berkeley. There, we had dinner at the world famous Hotboys which sold one of the best fried chicken sandwiches I have ever eaten. Word of caution, while American food is not spicy at all, the spiciness at Hotboys is the real deal. I got a medium spicy sando which is comparable to a mcspicy, hence your spice discretion is advised.

The highlight of the week was the sunset cruise in the San Francisco bay. Stanford got us free tickets to enjoy a riverboat cruise with the Red & White fleet at Fisherman’s Wharf. With the strong gale blowing our hair in our faces, the cruise took us to see sights such as Alcatraz Island and Sausalito. During the golden hour, the boat took us below the Golden Gate Bridge to give us a unique view of the bridge. Finally, the boat slowly cruised its way back as the sun melted down in the vermilion horizon. It was quite a fitting scene that signaled the looming end of the summer.