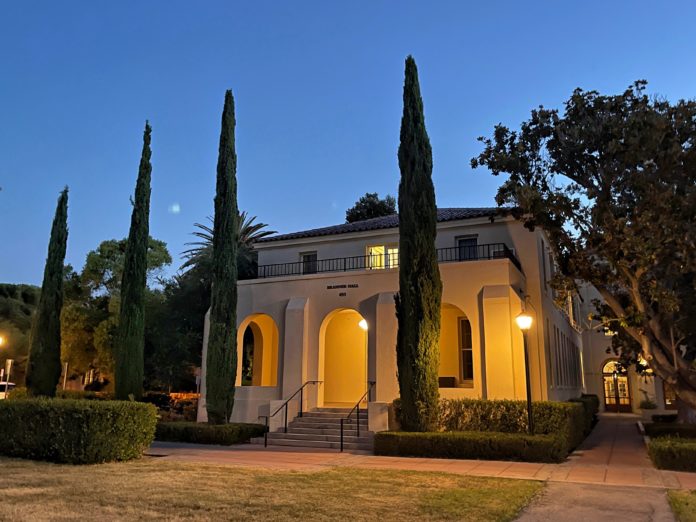 With week 7 behind us, the final week at Stanford finally dawned on us. 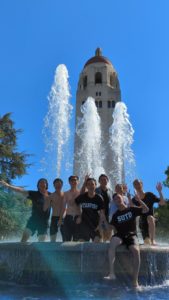 After our final class of People Analytics, we went to do some fountain hopping. Fountain hopping is a tradition at Stanford where students would take a dip in the many fountains on campus. We hopped into some of the most notable ones in Stanford such as Terman Fountain, The Claw, The Hoop and the Hoover Fountain. We started off at Terman where Stanford prepared some refreshments for us, then we went from one fountain to the next. We had a blast, splashing about in the water and cooling off from the searing hot sun. 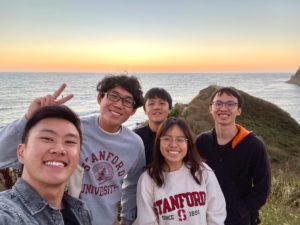 On Friday, we drove down to Moss Beach Distillery: a former moonshine distillery turned restaurant that overlooks the cliffs at Half Moon Bay. When we arrived there, we were struck by the salty smell of the ocean. The restaurant served primarily seafood but also had meat options. We started off with some clam chowder which tasted pretty good combined with Tabasco sauce as recommended by the waitress. Following that, most of us had fried shrimp, fish & chips, and calamari. Meanwhile, some of us averse to seafood opted for the filet mignon. We enjoyed our sumptuous dinner as we watched the orange hue of the sunset melt into the Pacific Ocean. 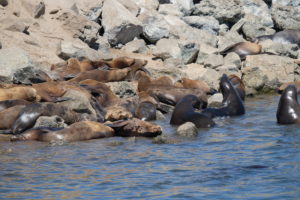 The weekend hit again and it was time for our final road trip down to Monterey Bay. It is a bay further down south of Santa Cruz, about an hour and a half drive from Stanford. Our plan was to visit the Old Fisherman’s Wharf, the iconic 17 Mile Drive, and cruise down Highway 1 to Big Sur. At Old Fisherman’s wharf, we saw a huge pod of seals relaxing on the rocks and honking loudly, it was well worth the long drive just to see the seals. The pier also sported many restaurants selling calamari, shrimp and fried fish. The pier’s end also had a good view of the marina which was sprawling with hundreds of sailboats and fishing vessels.

After that, we drove down the 17 Mile drive along Pebble Beach. It was a scenic route with many landmarks such as Point Joe, Bird Rock, Spanish Beach and the Lone Cypress. After driving through the gorgeous bay, I would definitely consider retiring at Pebble Beach.

Following that, we drove down towards Big Sur along highway 1. Along the way, we stopped at some of the many vistas overlooking the rocky outcrop. The gale from the sea was so strong at some places that you would be blown backwards if you jumped on the spot. It was really fun to feel the strong wind on your face while you look over the sheer cliffs. We did not go all the way to Big Sur however since it was getting dark, hence we went back to Monterey to have dinner by the beach. In hindsight, it was a bad idea since the wind was really strong and chilly. In the end, we hid in the car to finish up our Chipotle before heading back to Stanford.

Back in Stanford, there was a large farewell party organised by the RAs. It was another of dancing and partying in the last few days of Stanford. It felt like the night was endless but all things come to an end inevitably. It was a legendary summer at Stanford. I truly enjoyed the time I spent here with my friends and it goes down as the best summer of my life.