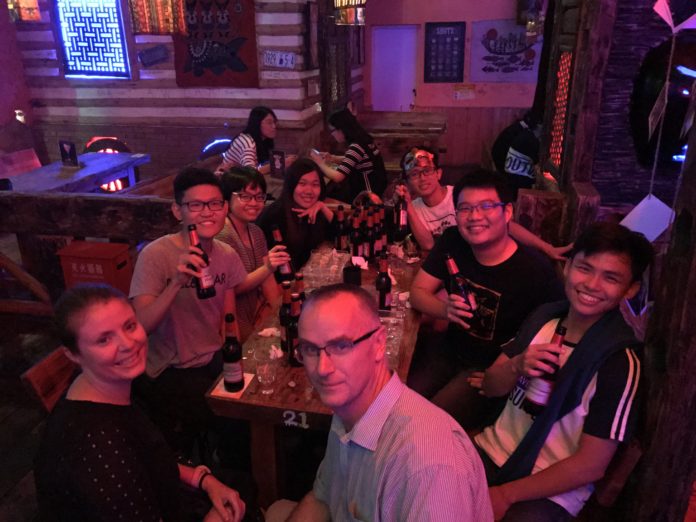 So this post is special in a sense that it has nothing to do with the actual projects we do at ALP, but an interesting experience that I personally had while we were in China.

After many weeks of hard work and sleep-deprived nights, a few of my friends and I decided to go out and have a fun night out in Hangzhou. We found a newly-opened bar that offered very good promotions near campus – because even when we’re having fun, it’s important to stay financially responsible :p. While we were (responsibly) drinking and admiring the place, two Caucasians approached us and politely greeted us – IN CHINESE. They were just trying to polish their use of the language by talking to us, who they probably assumed were Chinese locals. We struck a short conversation with them – whom we later found out were named Phillip and Cassie.

They became very excited after finding out that we were from Singapore. It turns out that Cassie had lived in Singapore for a year before and it is her absolute favorite country to be in (according to Phillip, she loves Singapore so much she practically despises her home country of England). Phillip is also in a foreign land, being born and raised in South Africa. We ended up joining tables and chatting for the next few hours.

Normally I am a very introverted person, and initially did not enjoy the company of two people I barely knew. However, for reasons unknown, the conversation steered towards magic, and my friend mentioned that I do magic as a hobby. It turns out that Phillip also dabbles in a bit of magic. He performed a simple coin trick for us, and my friend kind of forced me to perform too. So I did a card trick (as a magician, I always have a deck of cards with me), begrudgingly at first. For the record though, I completely blew their minds. Their reactions released whatever tension and shyness I had, and I became more comfortable for the rest of the night. I ended up performing a few more tricks for them. 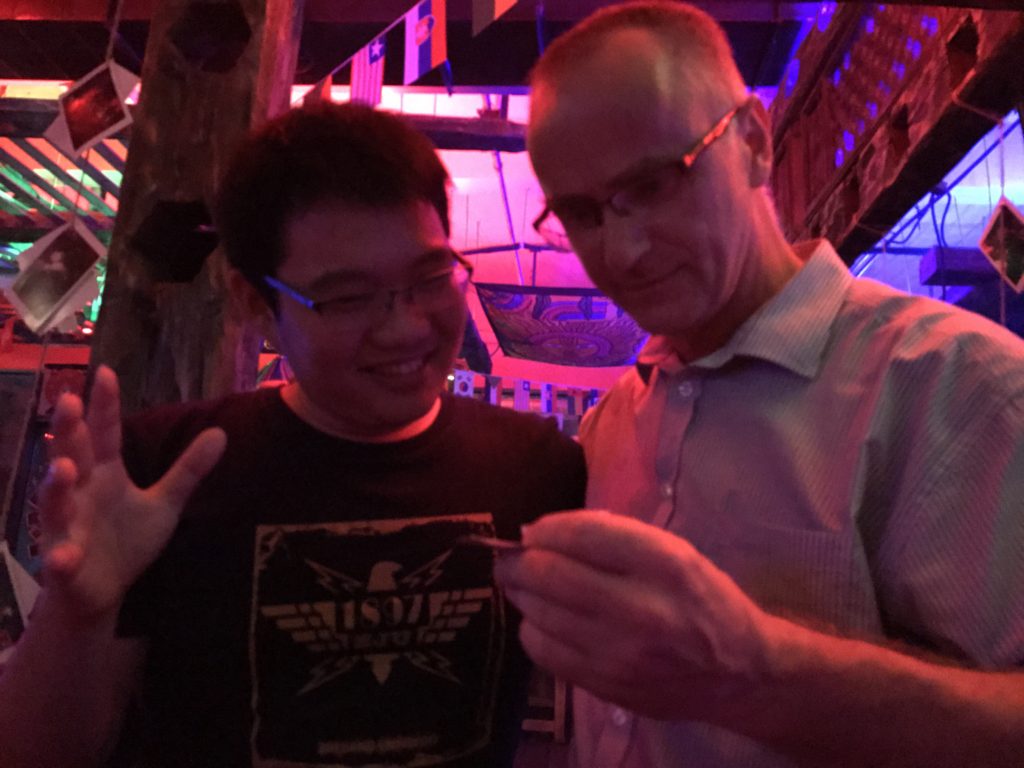 What amazed me was how easy it was for us – complete strangers – to bond over the slightest similarities. The common connection we had, either to Singapore or to magic, made it easy to start a conversation, and hopefully forge deeper bonds in the future. Phillip and Cassie bought us a round of drinks – because according to them we were just poor students, which is not at all inaccurate. It was definitely one of the more interesting and memorable experience of the entire trip. 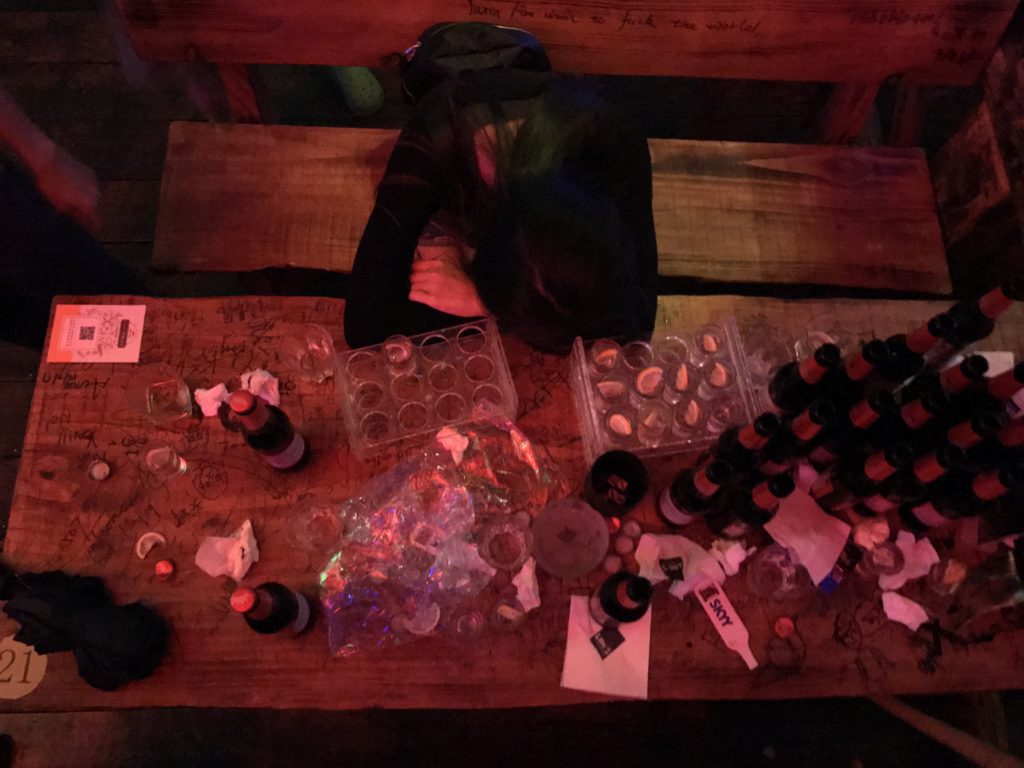 *Disclaimer: the picture above is an artsy representation of the situation and in no way depicts the truth of the matter

Moral of the story: don’t be afraid to be yourself, it is truly the best way to make new friends in a foreign land. And drink responsibly. Seriously, have fun, but do so responsibly.

We look forward to the surprises ALP has in store in the future!