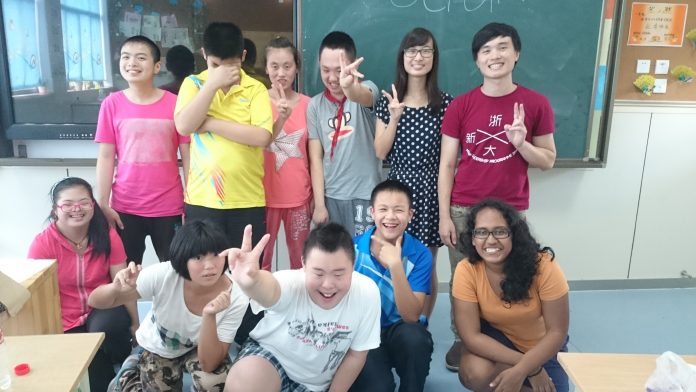 Today marks the last day at Hu Shu Special School. We were invited as guests to their end-of-term assembly. This invitation itself is representative of how much we meant to them. Instead of mere volunteers, it felt as if they had taken us to be their 哥哥 and 姐姐 (older brother/sister) and as such, this warranted our presence at the assembly.

We had prepared small goodie-bags for them and it was answered with another of their own design, presented to us by their ten most well-behaved students.

Although our one month stint was short to say the least, it marked the beginning of many things. It signified a partnership between SUTD and HSSS for further ALP Temasek Foundation participants. On a personal level, we were just getting to make friends with the students and beginning to understand more about how they tick. Within the team, I also made new friends with peers that I am going to work with for the next few years to come.

Till the next chapter in life.