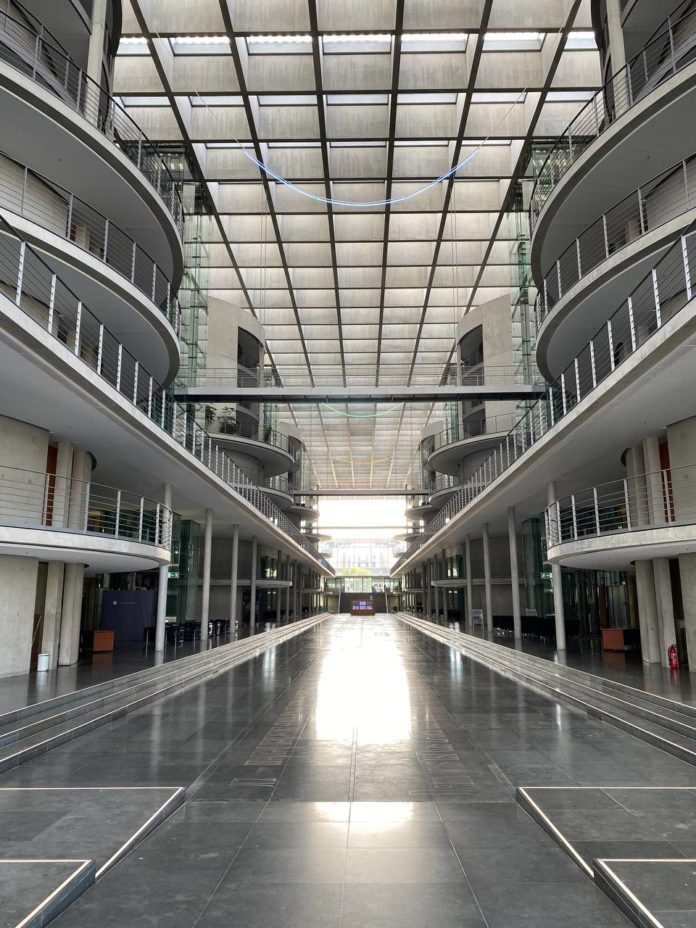 This week, we had the chance to visit the German Parliament. After going through a thorough security check, we had an opportunity to go through a guided tour of the Reichstag. We learnt about the history of the building as well as the surrounding area, and how it was rebuilt and renovated after the fall of the USSR.

We also paid a visit to the East Side Gallery, the world’s longest open-air gallery, at a whopping 1.3km. It originally was part of the Berlin wall, but after the fall of the Berlin wall and the reunification of Germany, part of the wall was converted to a gallery in 1990. Various artists from around the world were invited to paint murals on the wall.

Some of the murals were more solemn in nature, while others evoked a sense of optimism and lightheartedness. I think that given the circumstances surrounding the wall, it speaks volumes about how different people deal with difficult situations.

For most of us with little business and financial knowledge, the start-up course helped give us a much better understanding of what is needed in a business. We had topics such as costs and unit economics to find more accurate profit margins for our ideas.

This week, we started on 3D printing the outer hull of the Cansat, while also assembling the electronic components of the Cansat and soldering them together. The project was coming together nicely, and the final form of the satellite was beginning to take shape.

Over the weekend, we traveled further out from the center of Berlin to the Designer Outlet Village to do some shopping. It was a good opportunity to de-stress and explore the outskirts of the city.

We capped off the week by attending the circus that was ongoing at Tempelhofer Feld, the field beside our apartment. Firstly we watched “All the Fun”, an entertaining juggling show, followed by “Ikueman”, a thought provoking performance.