This week marks the start of Week 3, where we start our term 2. All of us are split into 3 different classes depending on our choice of modules based on our interests:

Getting into a new class comes with its own fair share of discomfort, but also many new opportunities to meet new people and make new friends!

The CanSat class was a little different. We learnt about the basic principles of space flight. Technology, methods and delivery systems. Since the class is about building and operating a ‘satellite’, we were going to learn basic programming, 3D modeling and assembly techniques to make it happen.

Gaming for Virtual and Augmented Reality

For the VR/AR class, we were given an elaborate tour of VR/AR technology ranging from the history of how it came about to the technologies used in modern VR headsets. There are multiple professors from different disciplinary backgrounds that will be teaching us throughout the week to give us a more holistic view of game design and VR/AR technologies, so look forward to that!

Though it may sound boring to some, there are also more engaging activities hosted for us during class like museum tours. One of the activities we had was a tour to the Video Game Museum in Berlin filled with countless consoles, one of which you may have not heard before: The Painstation. A pong machine that inflicts pain when you lose, and it’s available for you to give it a try at the museum! There are also numerous ancient consoles available for you to play like the Nintendo64, the Sega Saturn and numerous other relics of the past, and not to forget the deep history of video games that many of us probably have never heard of before available for you to learn more about. 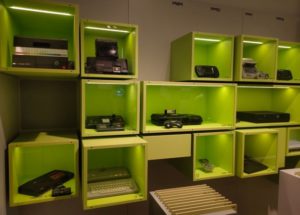 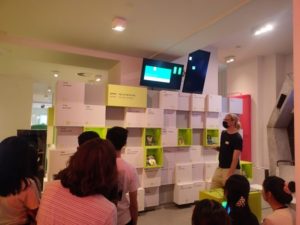 We interviewed a housemate on how his Startup Course was like. He reported that it is very similar to Innovation and Entrepreneurship, as expected.

Apparently canoeing in Germany is exactly like Kayaking in Singapore. We got into two seat boats with double sided paddles. Some of us didn’t know how to kayak or in this case, canoe. Because we’ve never done it before. Luckily there was a sort of tutorial session before everything began so it’s all good there. 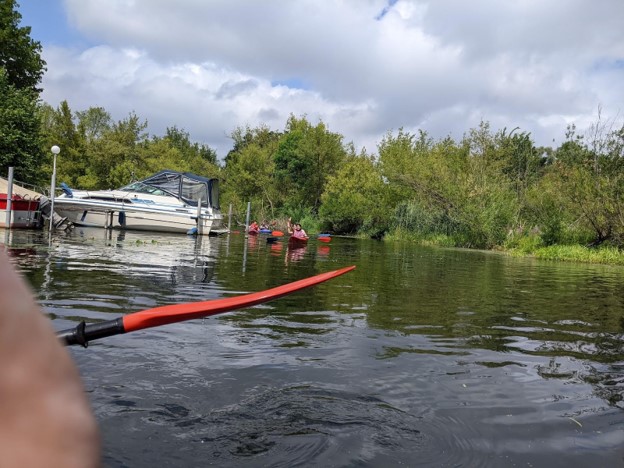 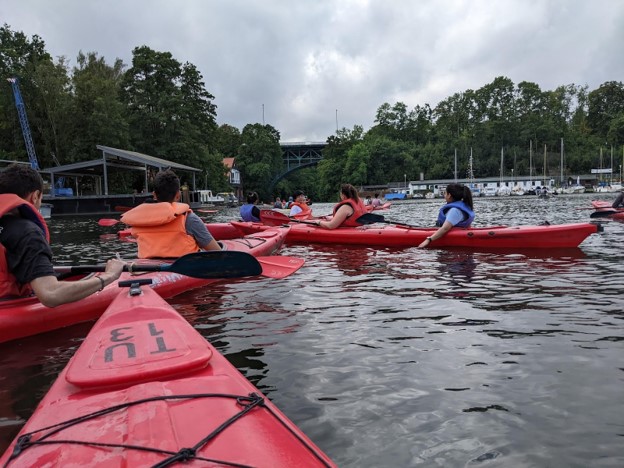 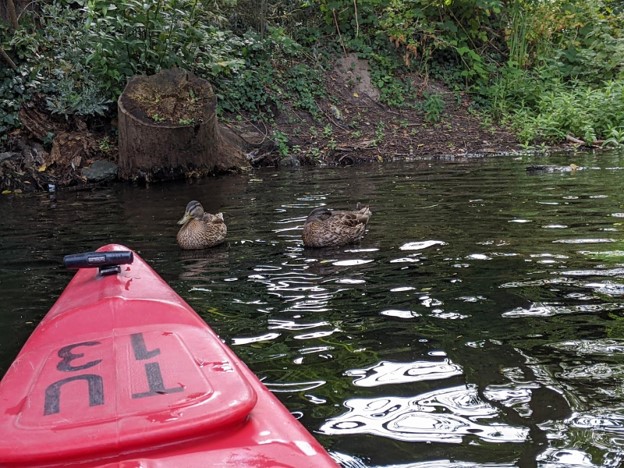 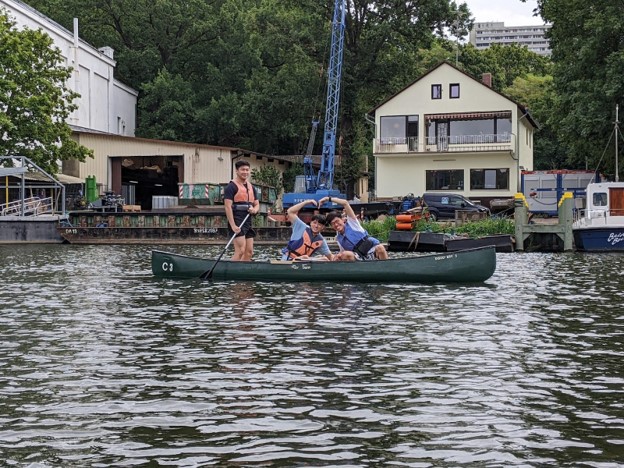 The only 3-person canoe is full of love

Nothing particularly interesting happened during the entire kayaking session. Nobody fell into the river and nobody drowned either. Overall it was fun. And luckily, this session happened on Friday. The weather was nice and cloudy so nobody got sunburnt either. Here are some pictures.

On Saturday, some of us caught a bus to go to Dresden. Dresden is a smaller city about 100 kilometers to the south of Berlin, so it took us around two hours to get there. Most of us slept during the journey. 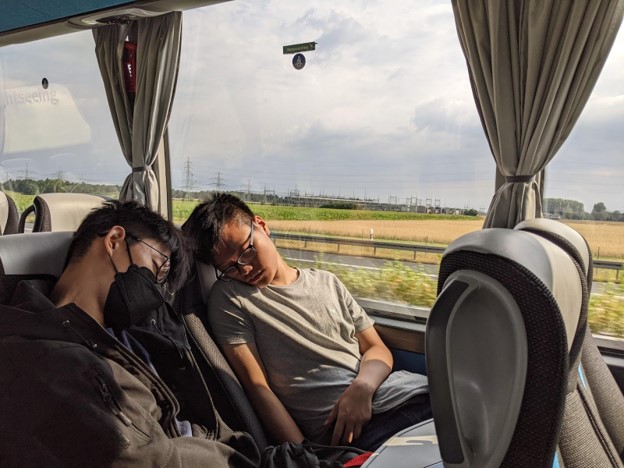 There were two guided tours in Dresden. One city tour in the late morning and another Dresden castle tour in the afternoon. The city tour described the history of Dresden and how it came to be. As you know, Germany was not a unified country until about 200 years ago, give or take. Dresden was the capital of Saxony and that’s why it is an important city. 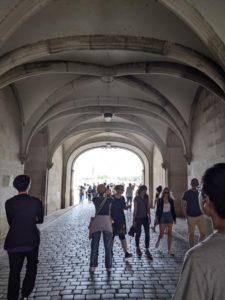 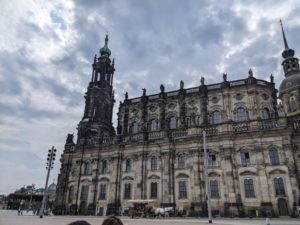 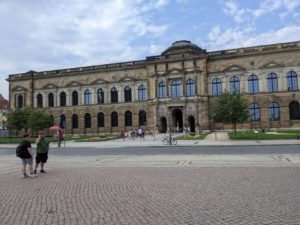 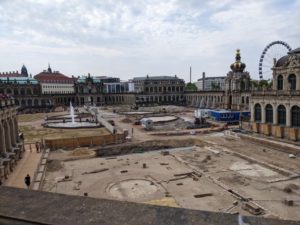 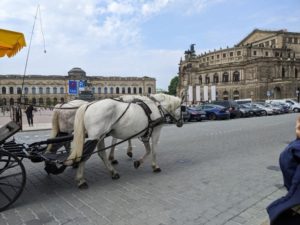 The castle tour was equally interesting. We learnt about the ruling monarchs of the time and we had a glimpse into the kind of lives they lived. There’s a lot of facts and trivia to unpack, so I won’t bore you. Instead, here are some pictures. 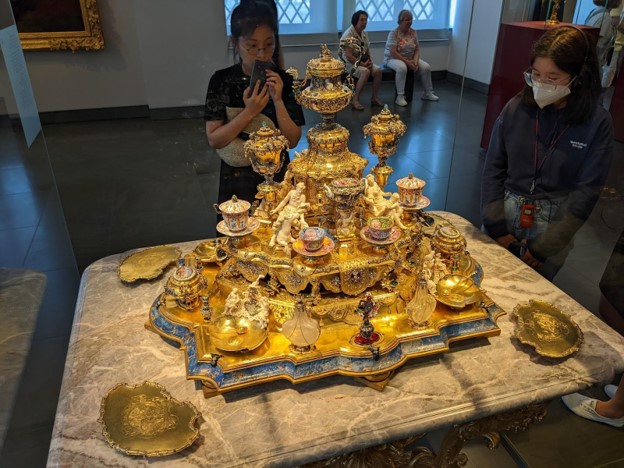 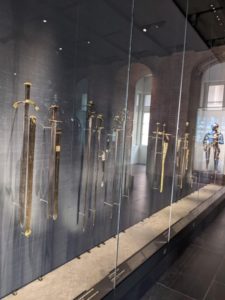 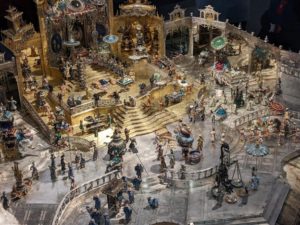