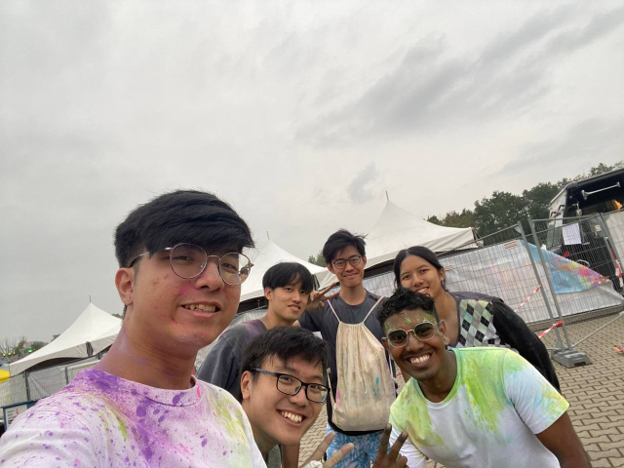 This year’s Long Night of Astronomy fell on 13 August, just one day after the peak of the Perseids, at Tempelhofer Feld. Perseids are one of the brighter meteor showers of the year. They occur every year between July 17 and August 24. At its peak, 60-100 meteors in an hour can be seen in a dark clear sky. While we missed the meteor shower, we managed to join the festivities of the Long Night of Astronomy. 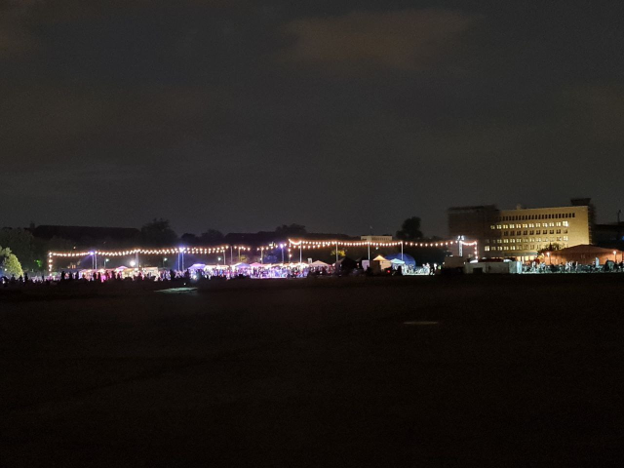 At the event, visitors get the chance to look through a telescope. Not only that, there are activities fit for people of all ages. Booths sell food and drinks, while people lie about on the ground. For the young ones, there is a rocket launch activity where they get to see their illuminated homemade rocket blast off into the night sky.

As part of our course Leadership for Young Entrepreneurs, there is an opportunity to visit the Museum for Communication Berlin. This museum is housed in a splendid Wilhelmine-era building and is the oldest postal museum in the world. Not only can the history be seen from its architecture, the interior also pays homage to the long turbulent history of Berlin. On one of the pillars in the atrium, there are gunshot marks left. A bomb also once fell on the building. When rebuilding the structure, the remaining facade was melded with the new and visitors can easily differentiate them via the slightly different material used. How’s that for living history? 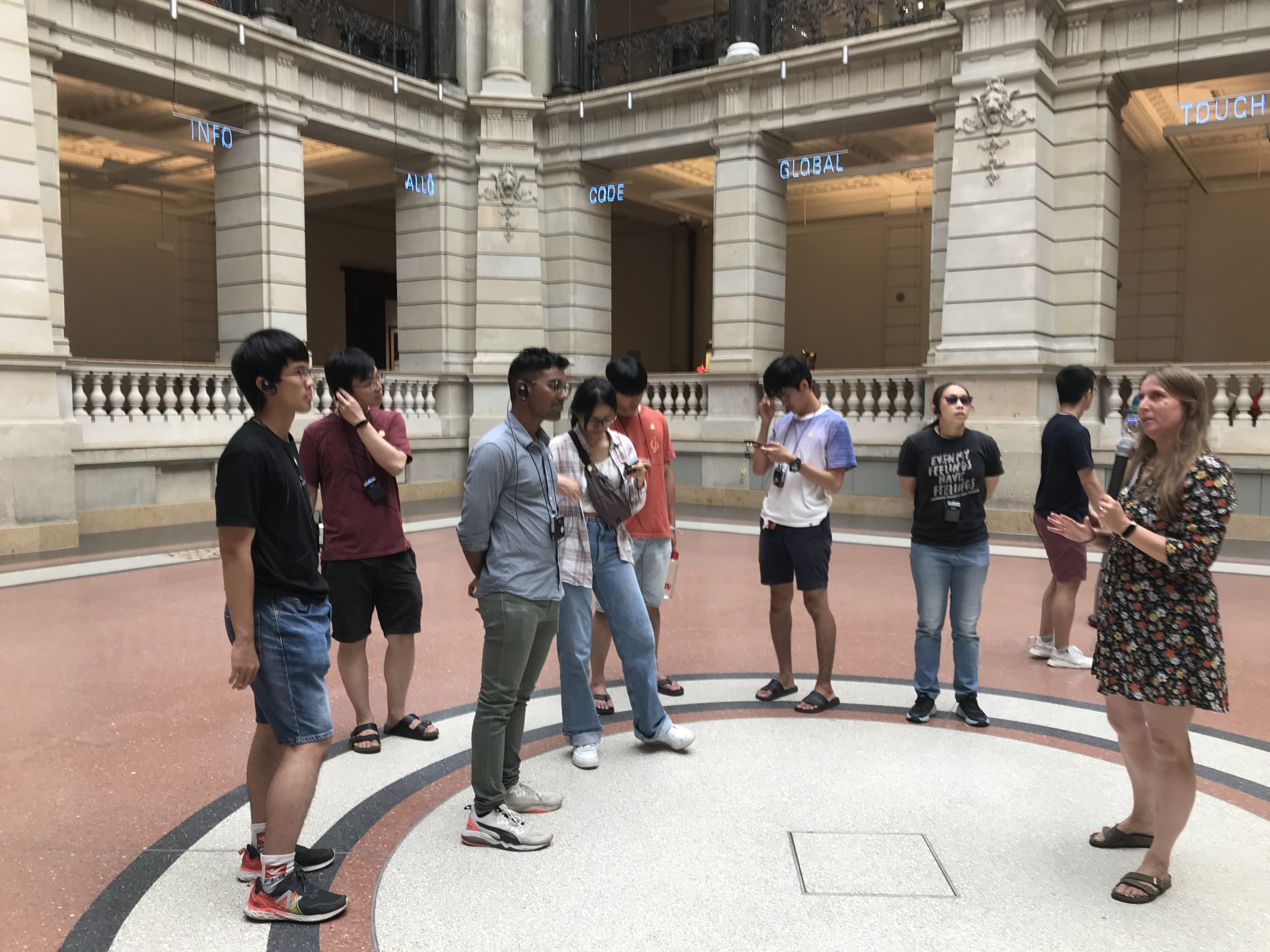 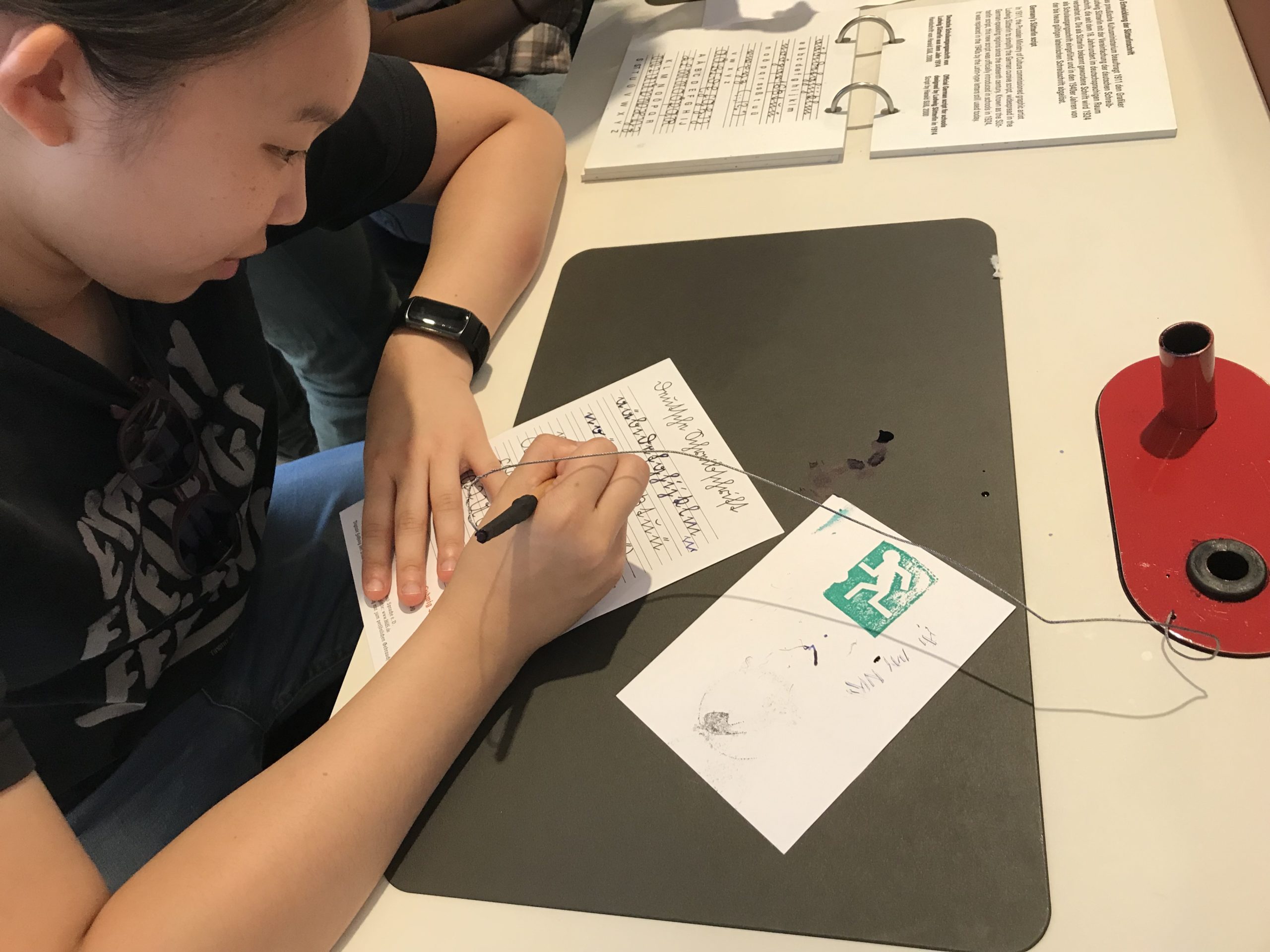 The museum also boasts various interactive experiences such as sending a message via pneumatic post and using a typewriter. The tour guide was incredibly informative, sharing about facts on how telephone calls were connected in the past, as well as how the call operators were often young ladies from rich families. Wanna know why? Make sure to head down to the museum and hear for yourself! 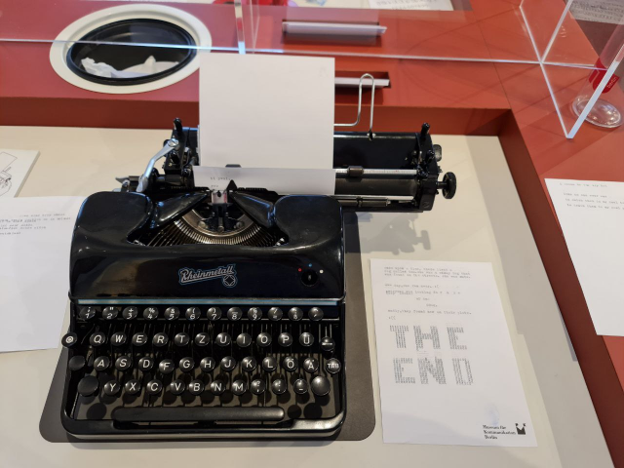 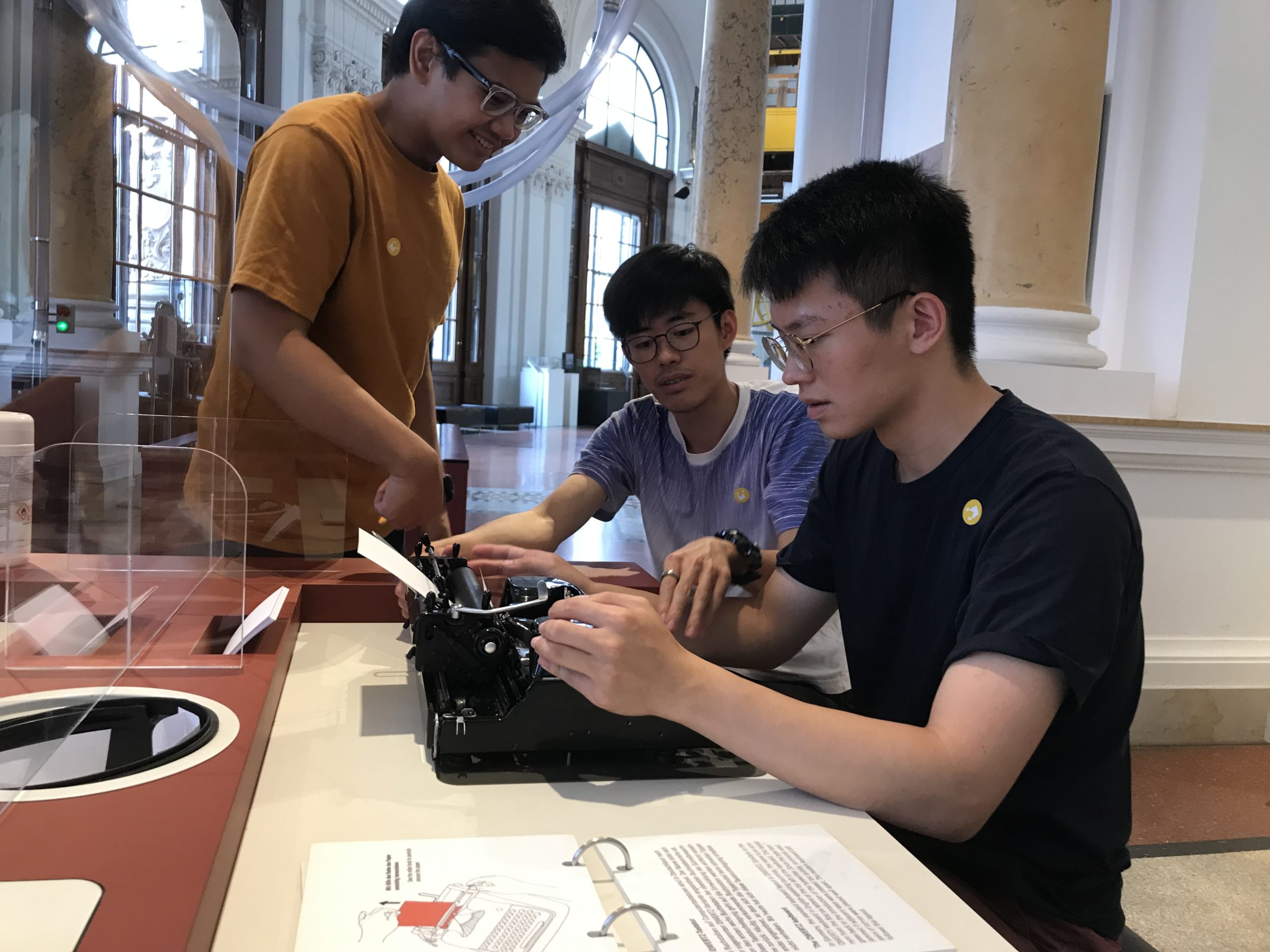 We had the amazing chance to become cultured appreciators of orchestral music. In orchestras, every player has an important part in the whole symphony. Our favourite was certainly the triangle man. The simple yet sophisticated trill of the triangle certainly added much character and flavour to the pieces. 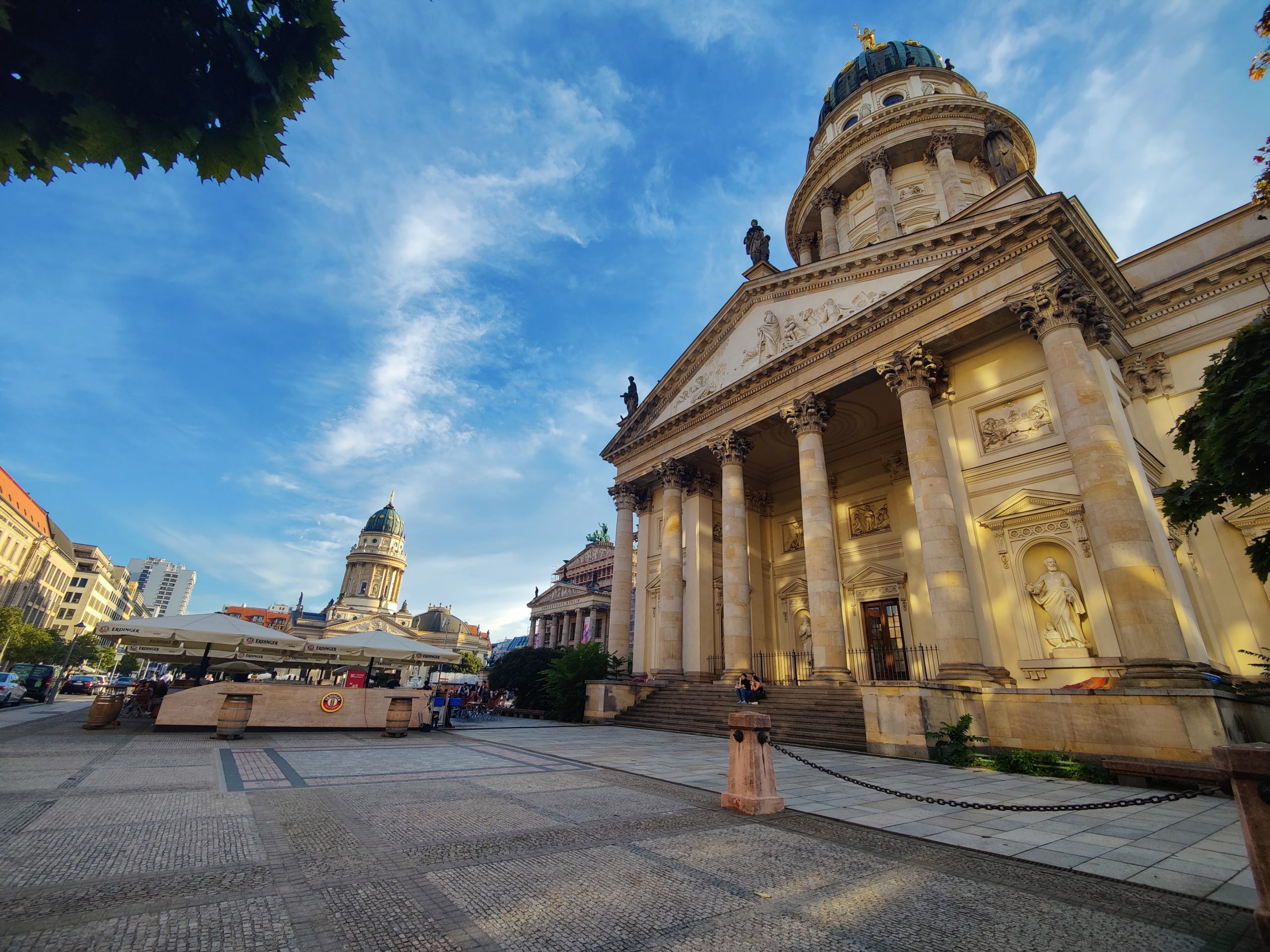 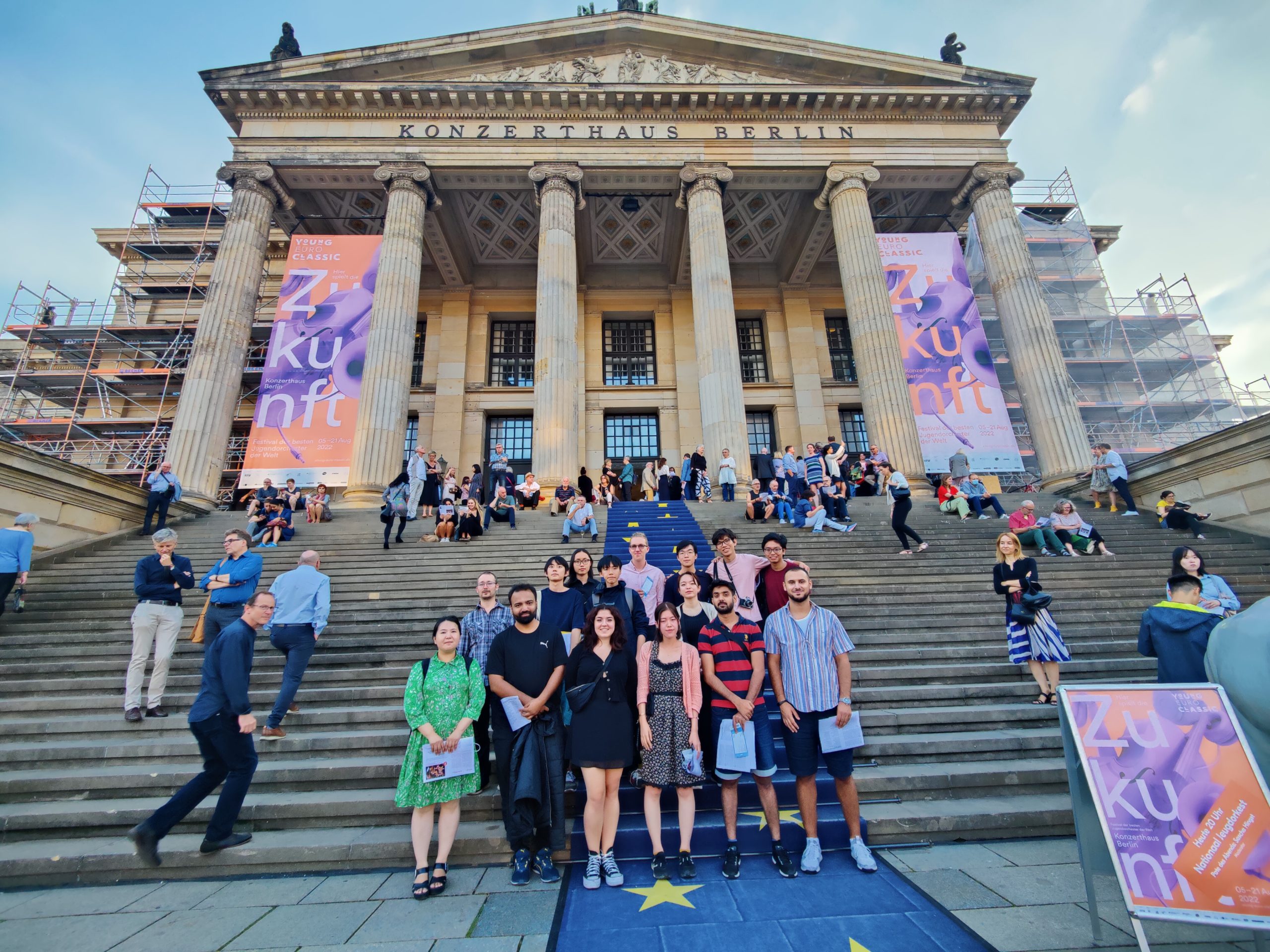 There’s a recurring activity of having sports in TUBerlin, but trust me, it’s different with every different batch of international students. Some of the activities available are rugby, table tennis, Chinese yoyo/diabolo, so you have a great variety to choose from! Most importantly, it’s the best opportunity to bond with some international classmates over some exhilarating sports!

Ever wanted to try an outdoors cinema? Well, lucky for you Berlin is teeming with kinos that show various genres of movies every day of the week. After a long day, we topped it off with a visit to a Kino to watch The Batman. Some movies have an allocated break time in the middle of the movie where you can go to the toilet or purchase some popcorns and drinks. 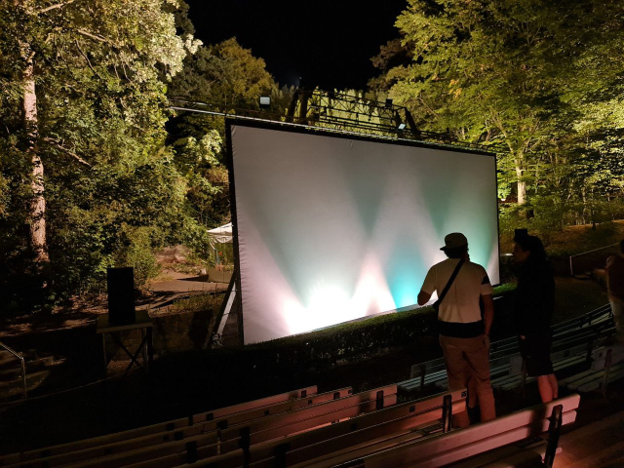 While the Holi Festival of Colours in Germany may not carry the same religious significance, it does feature the same playfulness and openness as the original Holi. 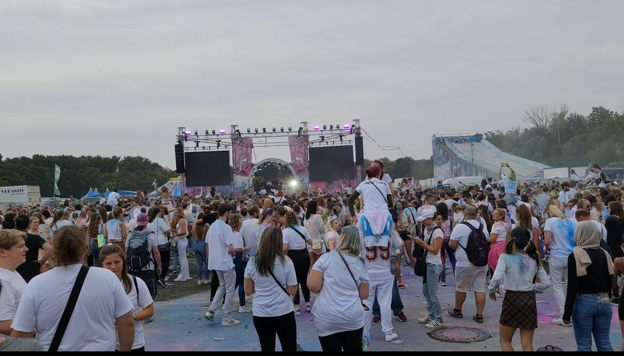 We had a hearty brunch at Burger Pulse (Best burger restaurant hands down) and traveled to Zentraler Festplatz, where the heart of the Holi Festival lies. The short walking distance was populated by a large crowd of Berliners dressed in white apparel. Wearing white is indispensable for the occasion because you want to be dyed by the vivid colors of the powder and then show off to others how much you have enjoyed it.

To summarize it, it was HYPE HYPE HYPE everywhere with EDM music and raving, and POWDER POWDER POWDER at every dropbeat. It was definitely a big mess, but we left with loads of fun! 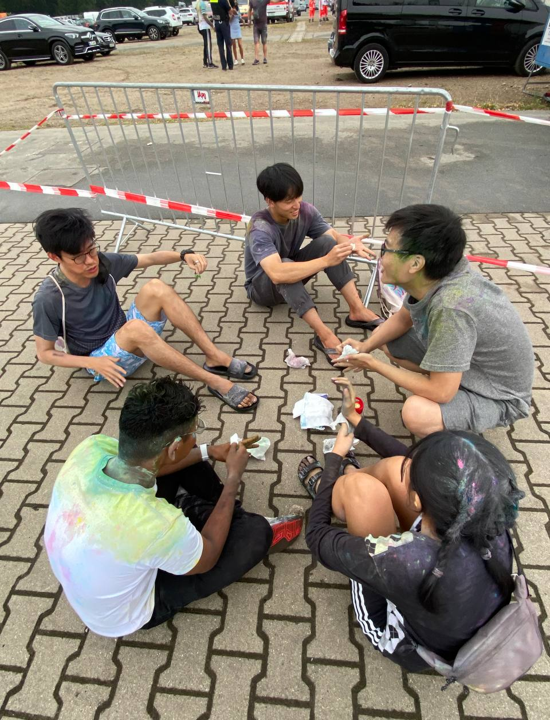 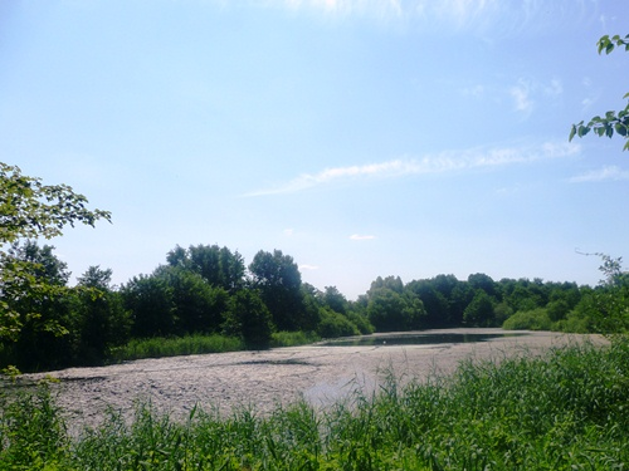 Today, we plan to head out to the Karow Ponds, a peaceful spot popular with strollers, runners and birdwatchers, where we can see bulls lounging in the fields and gaze across the ponds from viewing platforms to see cormorants, grebes, and a gray heron sunning itself on the far bank.

But before that, the gang woke up to prepare for a picnic lunch wrap that consisted of German wurst, scrambled eggs, onions, etc. Truly a perfect picnic choice.

We traveled up north of Berlin up till Bornholmer Bahnhof and were met with many train faults and maintenance.

P.S. Train maintenance during the day is pretty common, so remember to plan around them or you’ll be left scrambling for last minute changes in travelling plans!

While it’s ideal to travel to Karow Ponds by Uber, all but two of us challenged the norm using rented scooters. As the saying goes, “Luck favors the bold”, and we’re in for a great adventure! 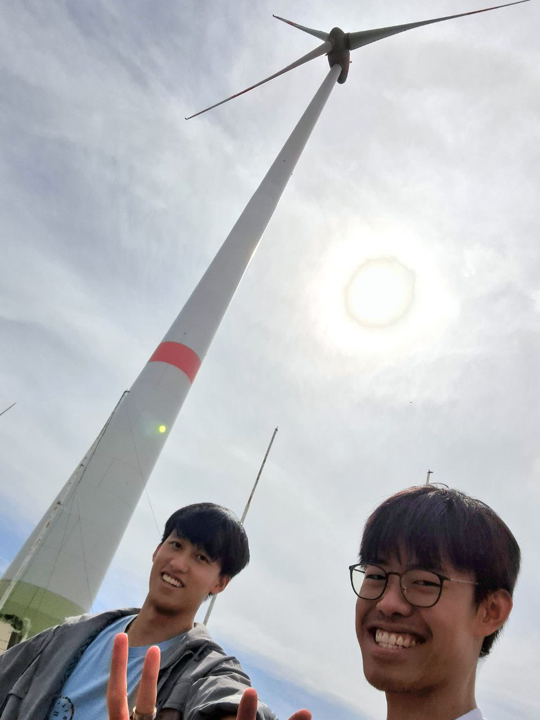 We went on a scenic trail and saw all sorts of wildlife and plants. (Horse, Cows, Donkeys, Spiky rambutan meme thingy) We even got up close to one of the wind turbines, the ones that we see from the far perimeters of Berlin’s Wolkenhain auf dem Kienberg located in Garten der Welt. 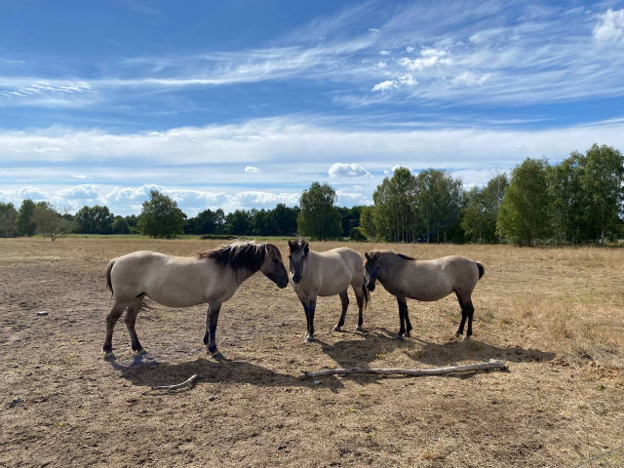 An adventure wouldn’t be complete without getting injuries from driving into a thorny bush (thanks to Google Maps) and tripping over a dusty abandoned granite brick road. 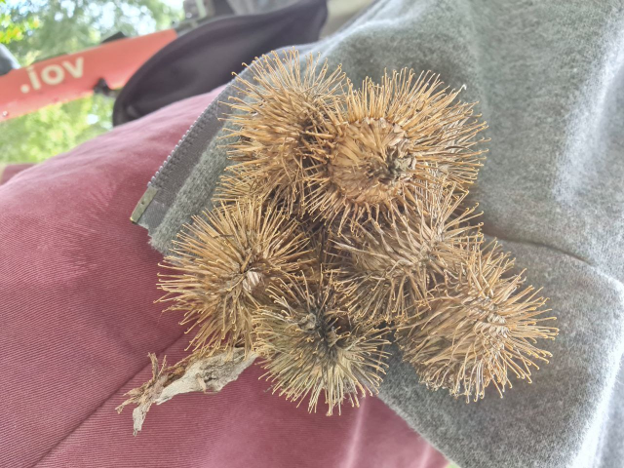 The last thing we need is…. Damn, we can’t end the ride….

And when we finally did (after 2 hours), both of us questioned our life choices:

And we reclined into a Bahnstation bench with a banged up bloody toe (no kidding). 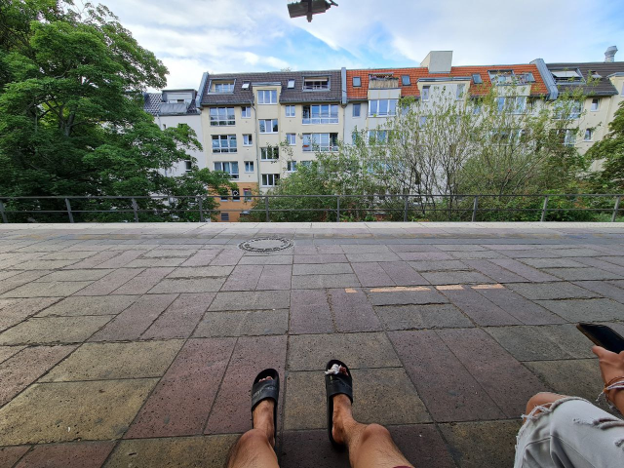