Southwestern School of Finance and Economy

History of the university:

The university traces its origins to the year 1925, when a group of students and academics from St. John’s University in Shanghai, led by the prominent scholar Zhang Shouyong, left the school following the events of the May 30th Movement and founded the Kwang Hua University in Shanghai. In 1938, following the outbreak of the Second Sino-Japanese War and the Japanese advance into mainland China, the university relocated its headquarters to Chengdu. This move was mirrored by other major Chinese universities in the east of China who relocated their operations to western China after the Republic of China moved its capital from Nanjing to Chongqing a city not far from Chengdu.

In 1952, after the foundation of the People’s Republic of China, the university was merged with schools and departments of business and economics from 16 other universities and colleges and was reformed as the Sichuan Institute of Finance and Economics. In 1980, the People’s Bank of China took over the administration of the university which it held until the year 2000 when the administration was transferred to the Ministry of Education. It was during the tenure of the central bank that the university received its current name of Southwestern University of Finance and Economics.

After the welcoming ceremony, we went for a tour around the campus. The architecture of SWUFE is incredibly westernise and quaint looking. The whole campus is spacious and the greenery around the school was both soothing and captivating. The finance lecture gave us many perspectives on the regulatory world of the banking sectors and the evolution of these regulatory measures from Basel I to Basel II and to Basel III. After the lecture, we immersed ourselves in the world of Chinese martial arts where half of us learnt Taichi and the other half, Chang Quan.

A real issue that China is facing now, the issue on childbirth. During the talk we gain more insights on the population problem that China is facing and the government’s response to this problem. Straight after, we went for a tour down China’s currency history in SWUFE’s very own currency museum. Every currency tells a story about people’s life at that time, be it the turmoil and instability during the warring period or the prosperous golden age of China during Emperor Kangxi’s time. Then, we took a ride to ANZ’s Chengdu headquarter to understand the workings and presence of a foreign bank such as ANZ in China. A foreign bank like ANZ interestingly does not target the domestic market in the country, but instead it aims to help the giants of China’s business world tap into the international market.

An unforgettable experience at the Giant Panda Breeding Research Base. We got to see many pandas (mostly female) in largely natural enclosures. The extremely lazy but incredibly cute panda was definitely worth the trip. We got to learn a bit more about a Panda’s habit, lifestyle and life cycle. However, due to time constraint we could not fully immerse ourselves and explore the whole place, hopefully more time will be allocated in the future.

That night, we attended the finale of SWUFE’s Arts and Culture Festival. The performance of the orchestra was captivating and their music mesmerising. It was a fitting finale to our final night in the university. 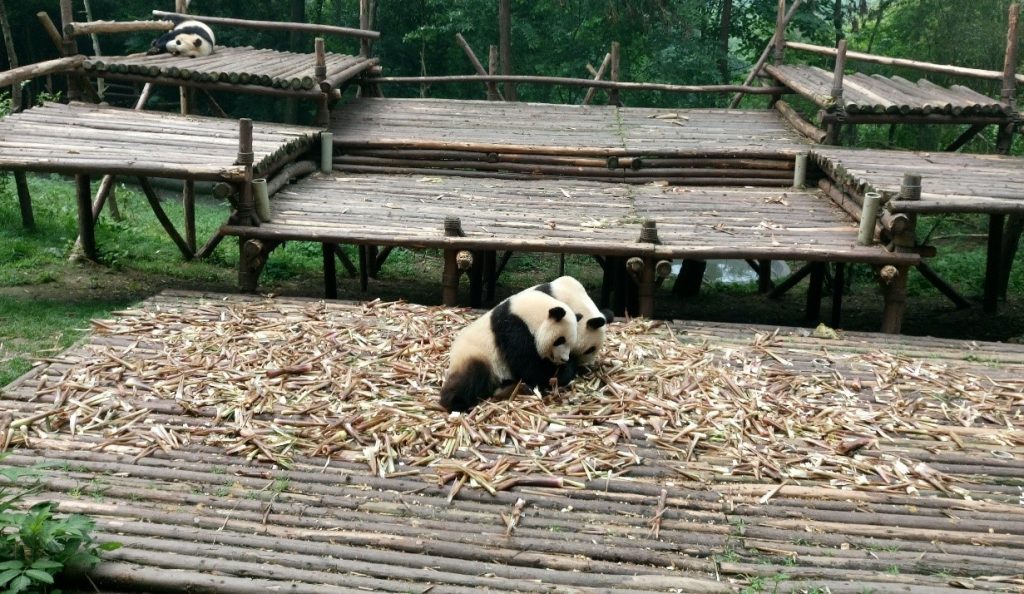