Getting all ready for the trip to Helsinki, Finland!

Not knowing what to expect of the food, the culture, transportations, living conditions and the school gets me excited as well as nervous for this adventure. With the 16 hours of flight with Qatar Airways with a 2 hour stop-over at Doha, got me feeling weary. After touching down at 10 pm, dragging my suitcases out of the customs, I am finally in Finland! 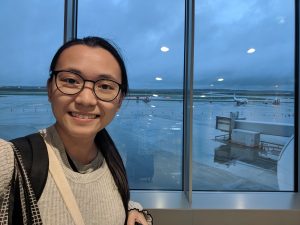 Being totally new to the environment and feeling the tiredness from the travel, I contemplated to either take the public transport in which I am not familiar with or to take a taxi straight to the hostel. Taxi it was! 32 Euros out of my pocket. I would however probably take public transport next time. It would probably cost 4.6 Euros, Zone ABC. The easiest way is to take the Railway, either I or P train to Helsinki Central Station or also known as Helsingfors.

Transportations could be expensive if you are traveling around a lot. However, as a student here, you could apply for a concession card. But this requires you to head down to HSL Office at Central Railway Station with a document that shows you are a student and a piece of paper from the school that has the HSL logo on it. Without the concession card, the transportation fee is calculated based on the zone you are in and where u is traveling to. It cost about 2.8 Euro to get to and from school – which is from Zone A to Zone B. It’s pretty easy getting around with the HSL app.

The hostel we got was pretty alright. Well…. We could have gotten a better one. But there’s no going back! Probably the next time I would book one with Domo AYY and somewhere near Otaniemi.

That’s all for this week! Will update more as we go along 😊