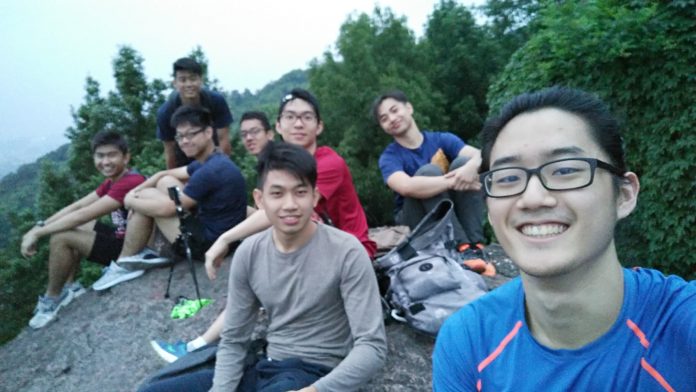 Just a relatively short 40 minute cycle away from ZheJiang University is a hill overlooking the XiHu.

On 16th May, A group of us decided to chase the sunrise. After a hard cycle and a long climb, we got up to the view.

Some views make your heart beat faster, some view make you cry. This view did neither.

The view wasn’t bad, don’t get me wrong. But the lack of a good sunrise did not justify an early morning call. 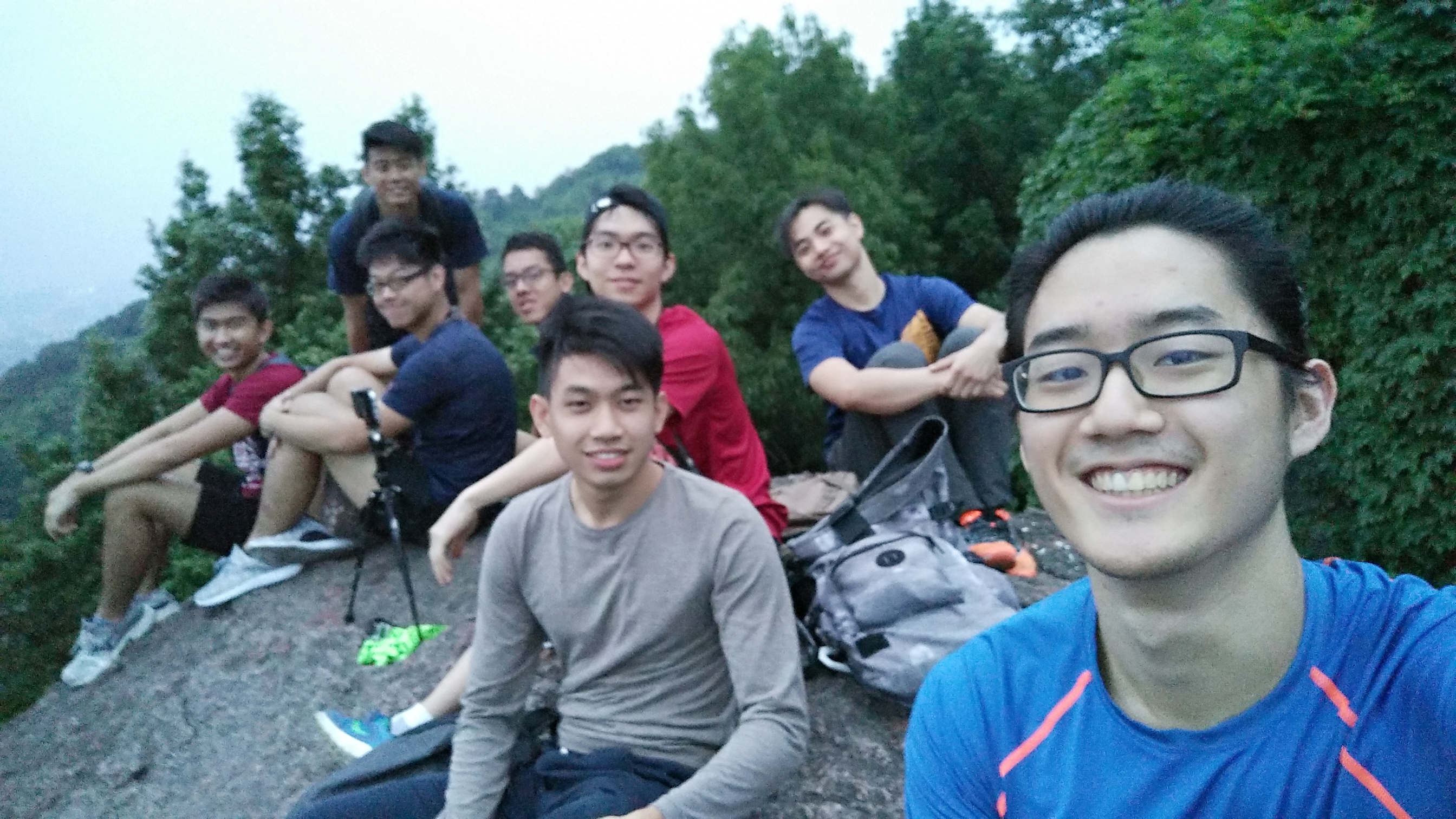 So, dejected and a bit fed up, we packed up and left. But I thought to myself to come back again and find its true beauty.

So it was bye for that time. 2 months flew by in the blink of an eye and as I was jotting down a to-do list, I remembered this unremarkable hill, just 40 minutes away.

So, on the 11th of July, I asked around whether anyone wanted to follow me. On hindsight, it was a really sunny day and the weather was really hot. But at that point in time I decided by hook or by crook I would make it up and see the beauty of this hill. So, I left alone. A solitary adventure in China. 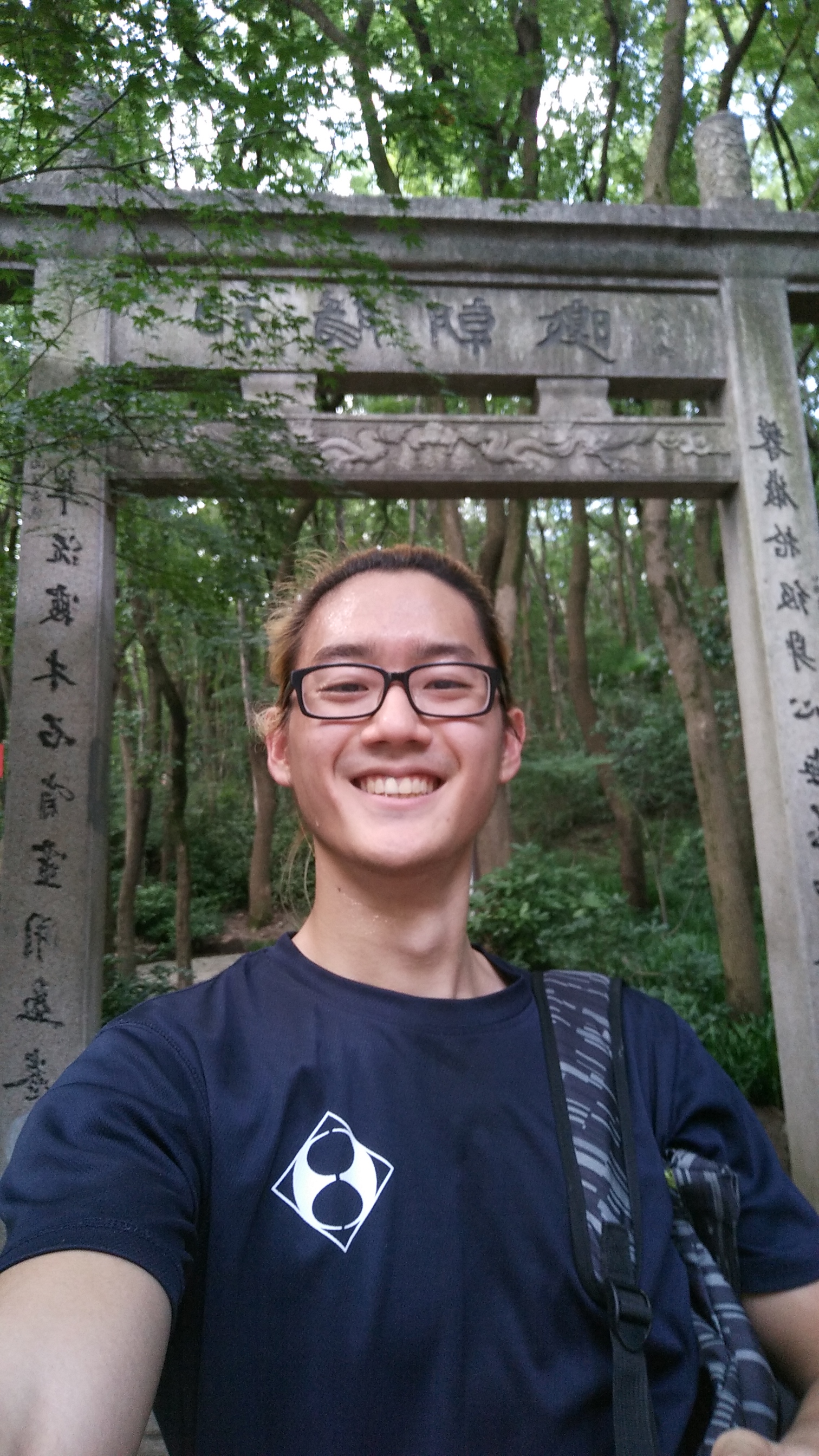 40 minutes later and I was panting at the base of the hill, cheer in my heart at the thought of just being on an adventure. And up I went.

I got lost. I was supposed to travel by the yellow route. Instead I took the red route, got lost, went entirely the wrong way, backtracked and made my way to the rocky ledges. What should have taken me 10 minutes ended up taking an hour.

Heres some pictures I took while walking.

But finally I made it!

Made a couple of friends who helped me take photos, and waited for sunset. 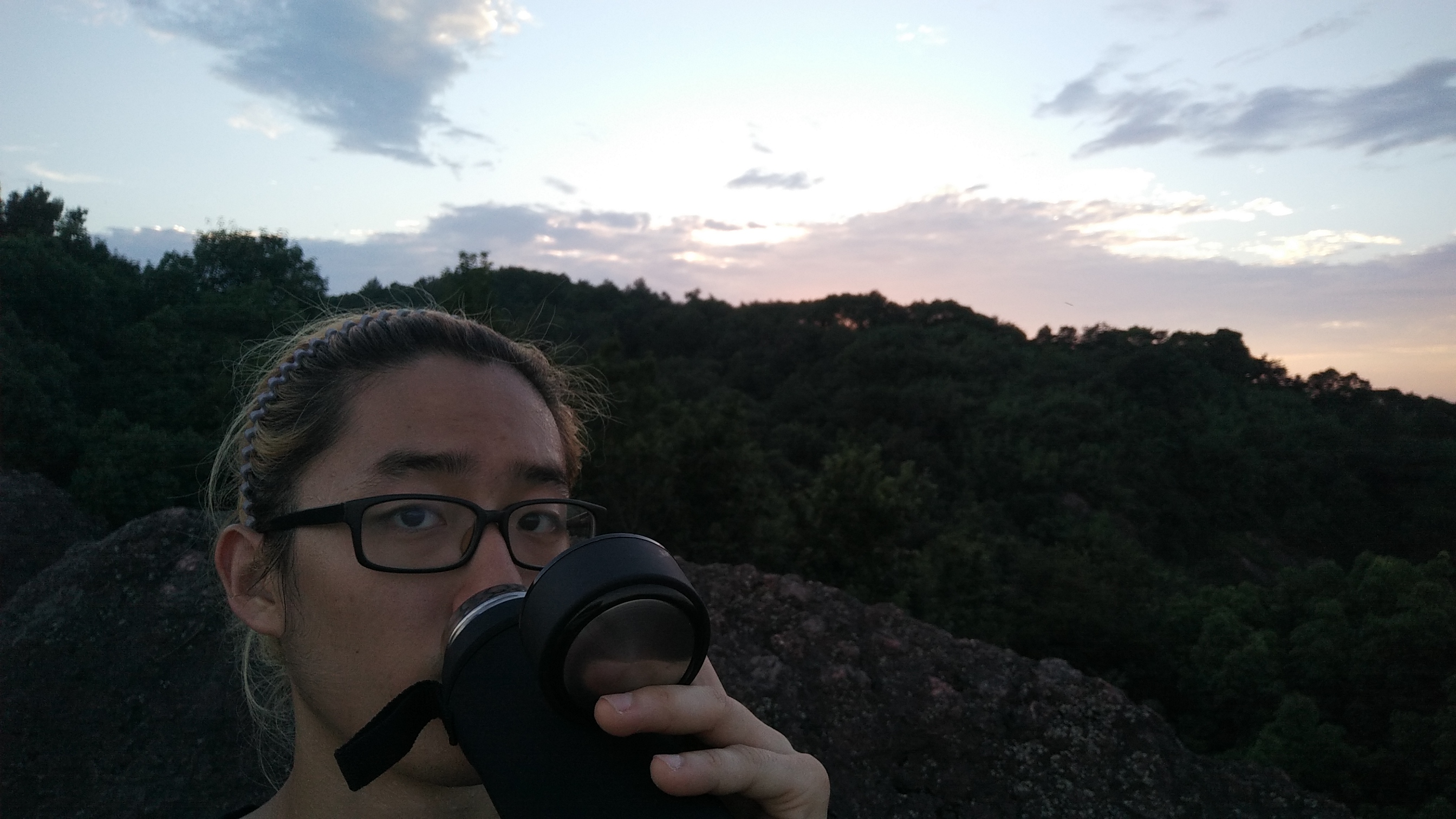 Sunset was beautiful. The sun hit the clouds at just the right angle to get this shot.

There were a total of 5 Boulders on this cliff, 2 were harder to get to due to the climbing skills necessary to get up, being a climber, I made the attempt. It was a little unsafe to be honest, but I had adrenaline pumping. 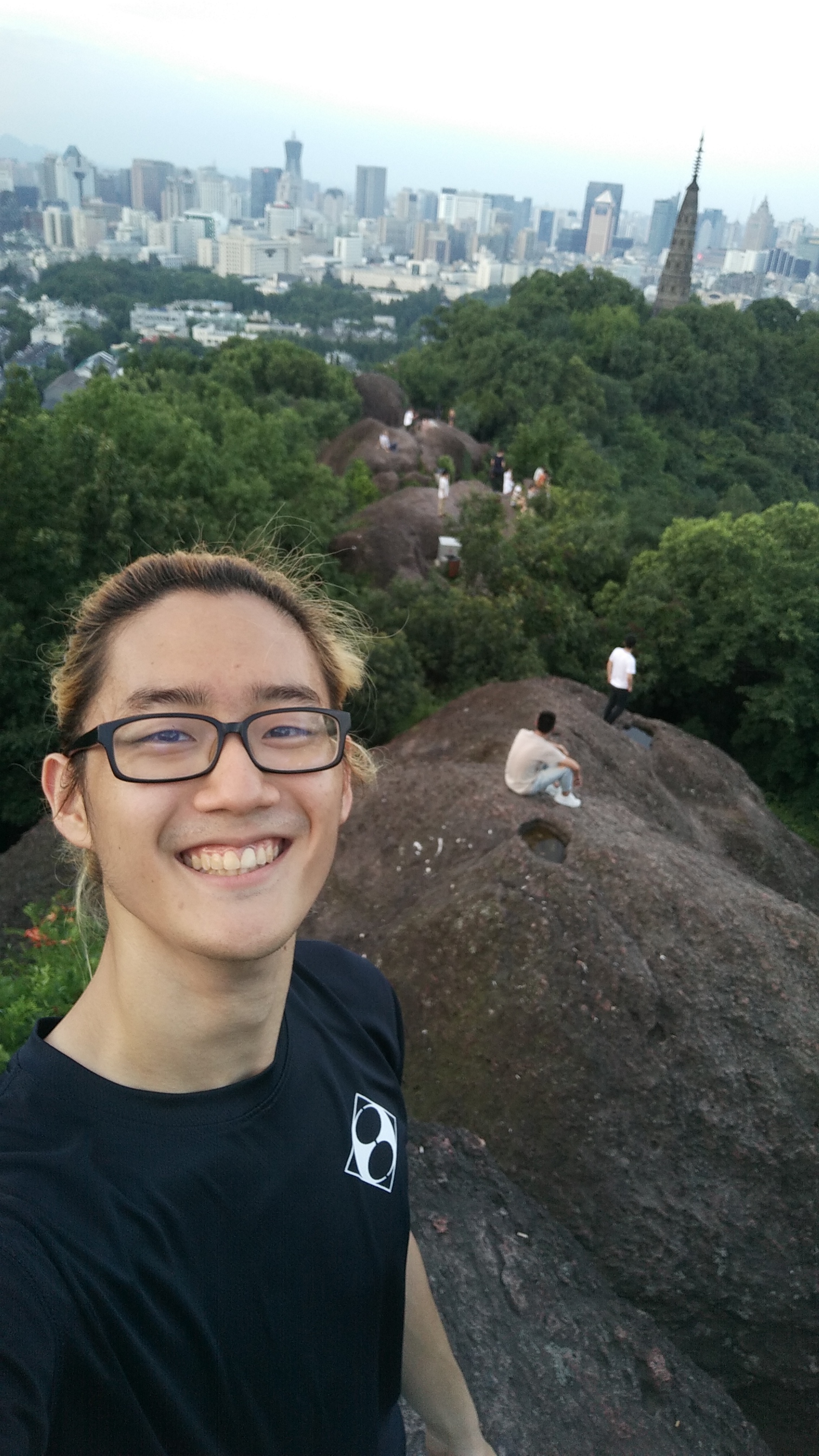 Climbing down was funny, the friend I made offered to catch me. Honestly, if I needed his help, we both would have rolled off the boulders. 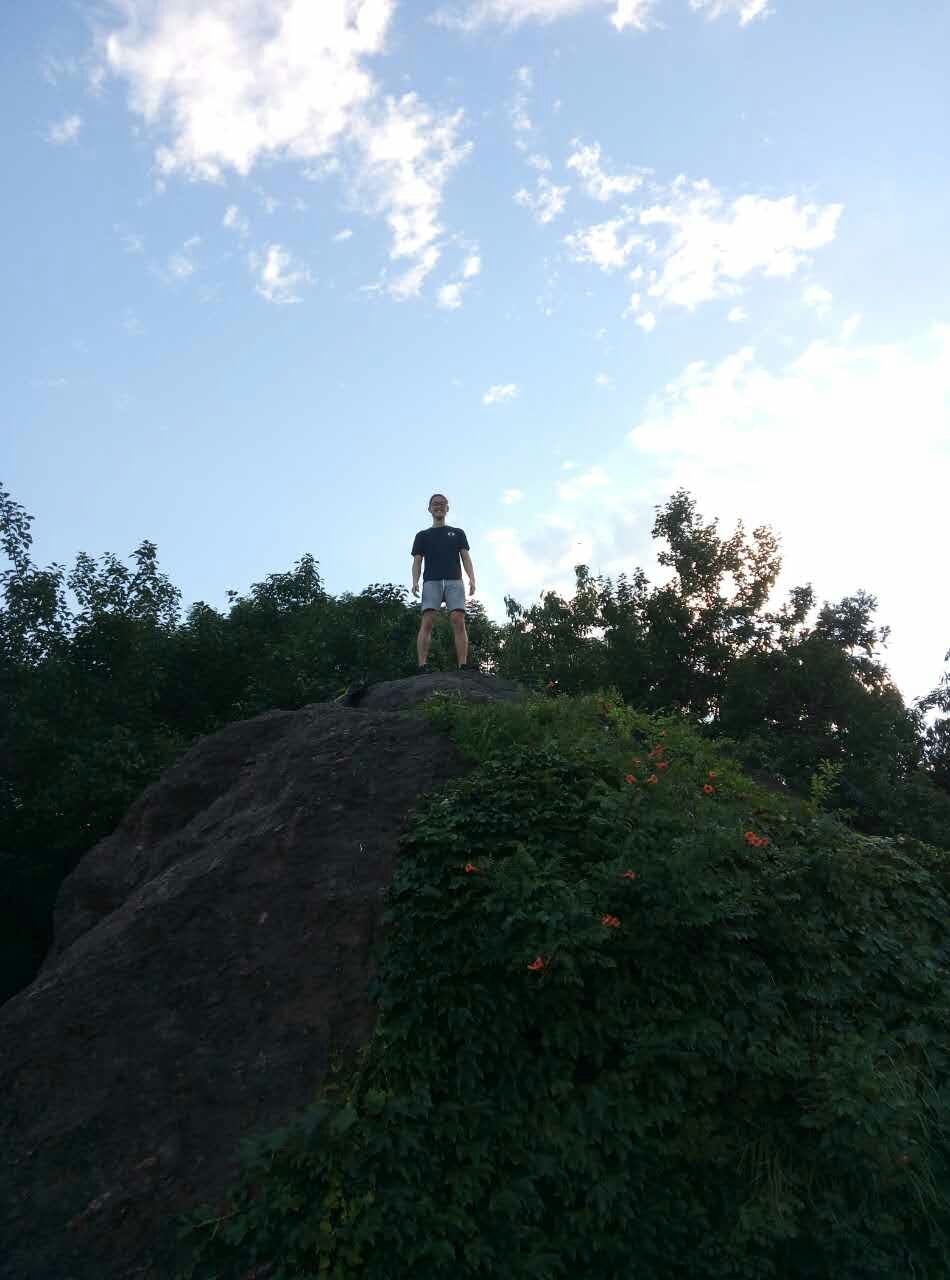 Here I am on the highest cliff 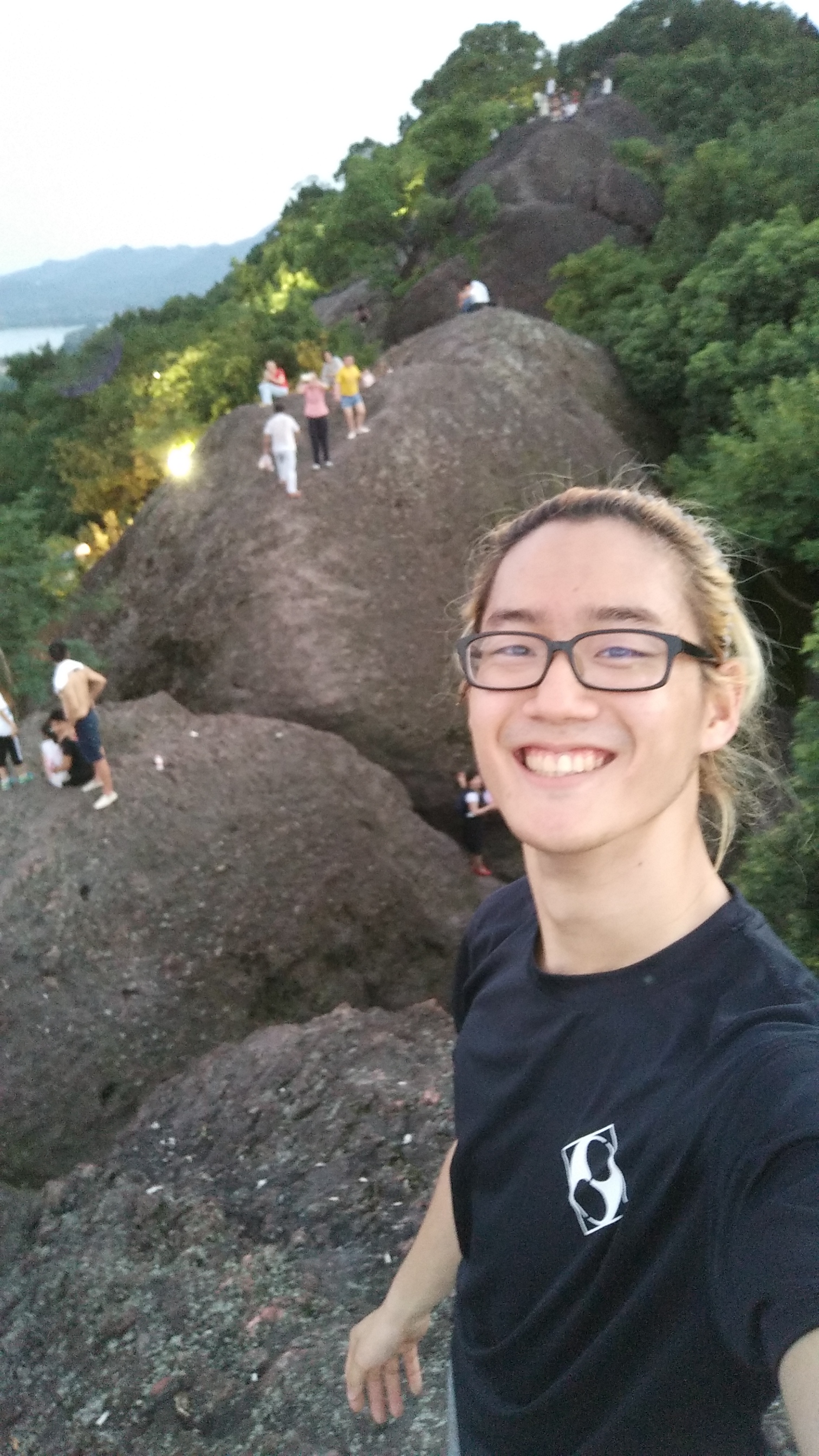 And here I am on the lowest. 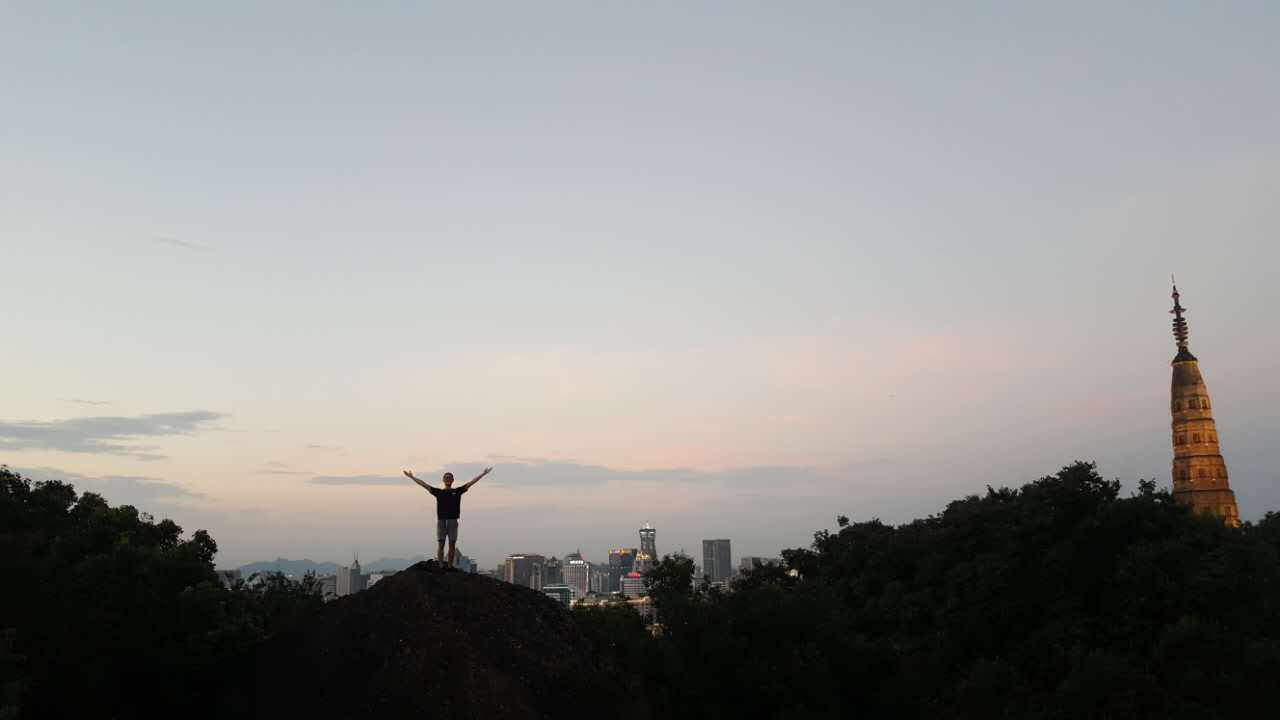 Again, always make friends. They help you get good photos.

The magic time came and the city lights turned on 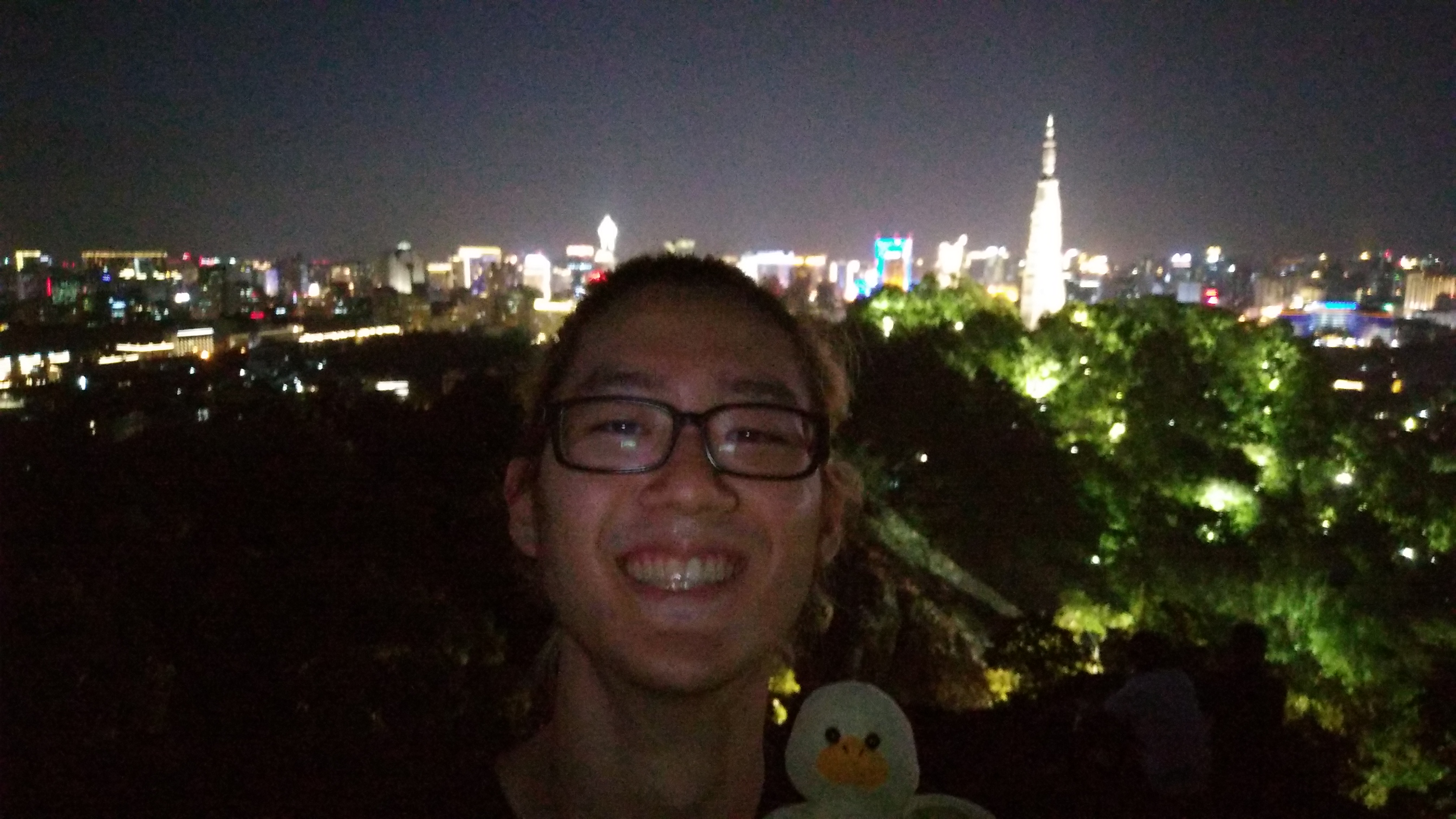 Mosquito bitten to kingdom come, I headed back.

A good adventure it was.