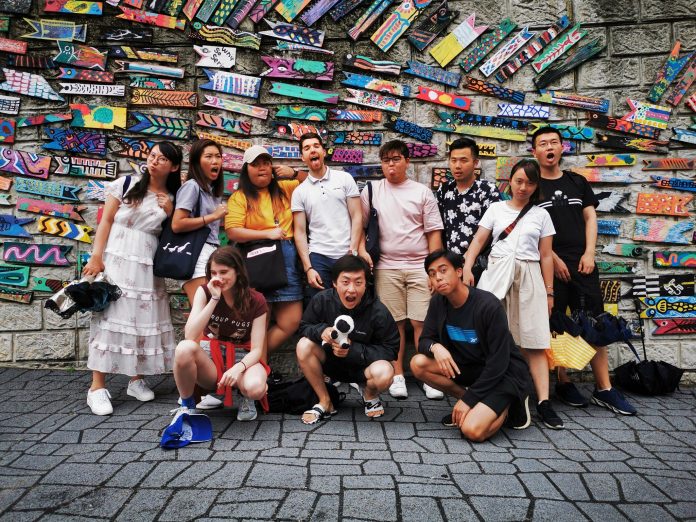 In week 2, we were having our mid terms. Hence, everyone was studying and nobody really had the time to go out and play after class. For the weekend, the school had nothing planned for us so we could do whatever we like and we thought, why not visit Busan? So we booked train tickets for 12 people, yes 12 people, and went off for Busan on Friday morning.

At Daejeon train station, we bought the famous fried red bun that our Professor told us to try. It was really delicious, who knew that frying a bun would work so well. We then took a 4hr train ride to Busan with a beautiful view to accompany us throughout.

The first stop that we headed to after checking in into our Airbnb was the Haeundae Beach. It was a really beautiful place, with the white sandy beach and the clean blue sea. We spent our time there playing around, taking out of the norm group pictures and trying out silly challenges that we found online. Then we ended our day eating at a KBBQ restaurant by the beach, with the sunset.

On the second day, we went to the Jagachi Market early in the morning. We saw a long queue for one of a street cart selling hotteok even though it was raining quite heavily that day. Being typical tourists, we jumped into the queue as well and tried the pumpkin seed hotteok and the honey hotteok. It was so delicious! How I hope these hotteoks are available in Daejeon as well but sadly, its not.

We then headed to the seafood market for our lunch. How it works is that we will pick the seafood that we want to eat on the 1st floor and then head to the 2nd floor to eat it immediately. As such, the food was really fresh!! It was pretty affordable too, we paid about $26 per pax for raw octopus, tubeworm, sea pineapple, sashimi, grilled sea bass, fish head soup, steamed clams, cockles, abalone, braised eels and abalone porridge.

After lunch, we climbed up to the Gamcheon Culture Village where we were able to get a bird view of Busan and the pastel colored small houses. There were many colorful murals on the walls, making the whole village a very instagrammable place. We took a tons of pictures there because ultimately, whats left are the memories and the photos right. Also, there are many stores that sell handmade goods, cute and intricate small pieces of art, scented candles etc and I couldn’t help but to buy a pair of Totoro badges as well since it was so adorable. 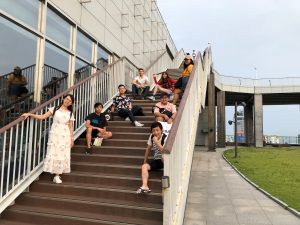 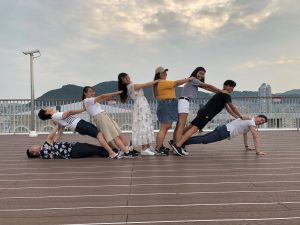 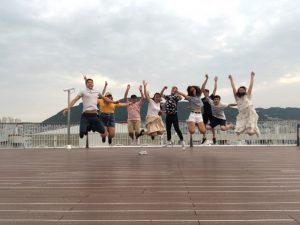 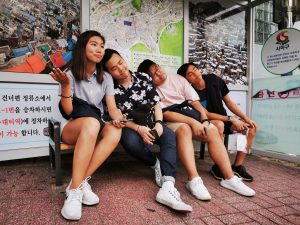 And that concludes my weekend getaway to Busan! I would really like to give thanks to these bunch of people that I have met here in KAIST. You guys bought so much fun and laughter and I can never visit Busan again without recalling all the fun moments that we had together. If given a chance, I would really love and hope to go travelling with you guys again. To one of our home country maybe?