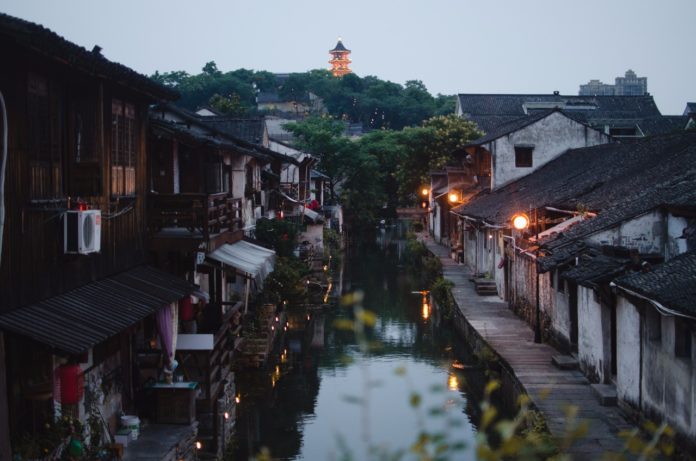 A magical evening in Shao Xing

The day started out as a lazy afternoon, with me lying comfortably in bed watching my videos online, no plans in mind for the day. Wesley, my roommate, thinking he should find something to do suddenly asked, “Eh, want go Shao Xing anot? They sell good rice wine there”. With a bit of hesitation, I decided why not, since I was just wasting my time away anyways. After making necessary preparations, and informing the right people, Wesley and I, as well as our friend Tam, headed towards Hangzhou East station and boarded the 20 minutes ride to Shao Xing.

When we reached Shao Xing, our first impression of the city was that it was rather quiet and empty. A bus ride towards the main area, we realized buildings were more spaced out and shorter compared to Hangzhou. We walked around and thought maybe there wasn’t much to do in Shaoxing.

However, not long after, we stumbled upon this rather old district, with decaying shop houses along a river. There was a nice pagoda(?) on a hill in the background. There were still some residents living in those houses, along with nice cafes and shops selling wine – which was what we were there for. We expected such an area to be commercialized, due to its scenic location and architecture. However, the place seemed rather untouched and raw, unlike many “tourist traps” we had been to in modern China. We even saw some residents bathing and doing their laundry along the river. We remarked that if we gave this place 10 more years, this place might eventually be renovated and turn into a commercialized tourist spot. We hoped not.

As the sun began to set, red lanterns began to light up. It was really pretty and we began to take many pictures. It seemed like the place was brought to life – people were going home and restaurants began to prepare for dinner time. We saw some places to eat along the river, and we thought maybe we could go head there for dinner. It would be fancy, as we chill by the river and sip some rice wine while enjoying the view and the evening breeze. Shao Xing looked nicer at night, when the lights were lit up, with cracks and dirt on the walls of the houses hidden in the shadows. 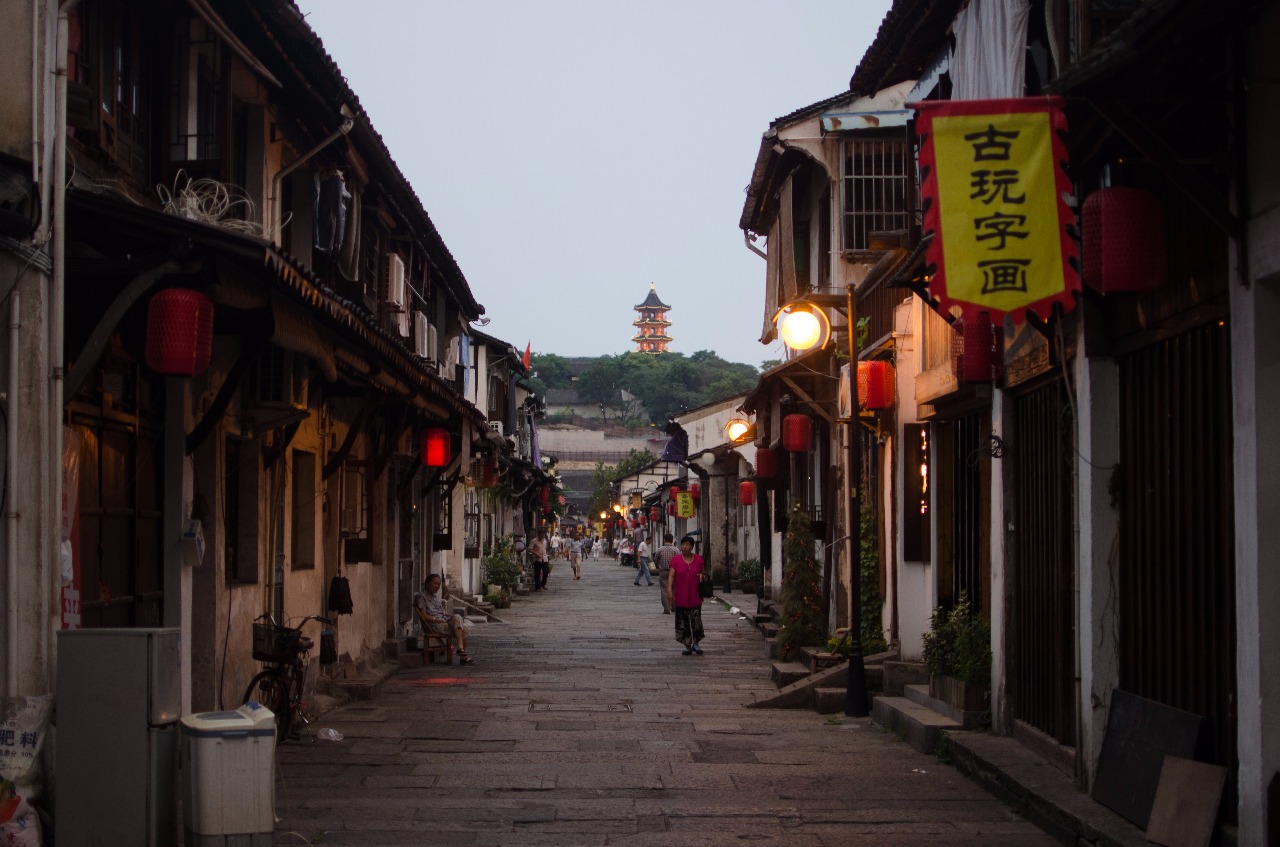 Before heading for dinner, we first stopped over at a rice wine shop to get what we were there for. The friendly shop owner gave us some wine to taste. It was sweet, had a nice scent and it gave a nice warm feeling after drinking. We understood why Shaoxing was popular for their rice wine. We eventually bought two different wines and were excited to share with our friends back in Hangzhou. 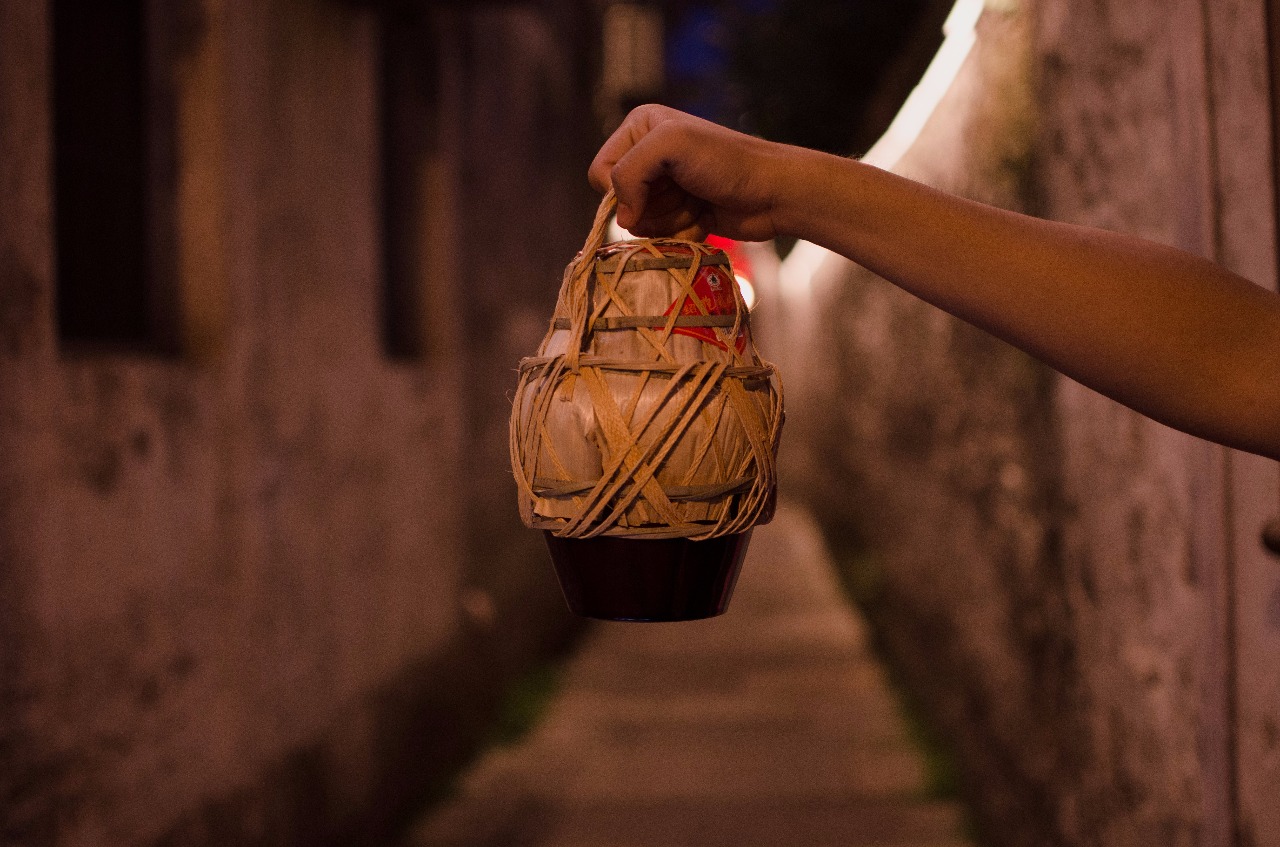 We decided to stroll around the area for a bit more to enjoy the vibe of the place. It reminded me of the town in Spirited Away, in which an old abandoned Japanese district turned into a magical lively town at night, with pretty red lanterns lit up along the streets. We took more pictures before finding some food to eat at a random restaurant (which wasn’t very good in my honest opinion). The food was quite oily and the setting was a little bit shady.

We were deadbeat exhausted in end as we head our way back to Hangzhou. We realized that we had forgotten to go to one of the restaurants by the river. Maybe dinner would have been better. We were still happy with our impromptu trip anyways, and we decided that we should come back to Shaoxing once more. 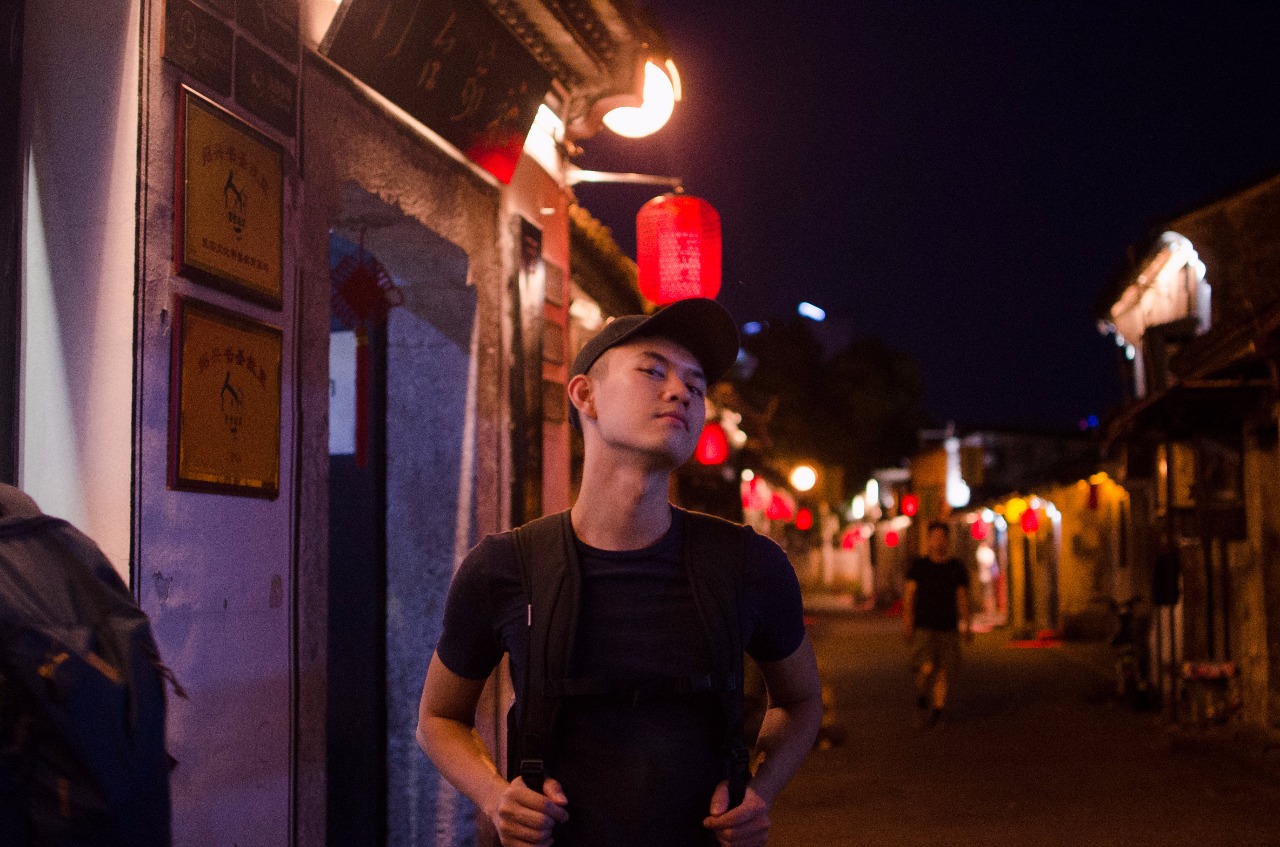