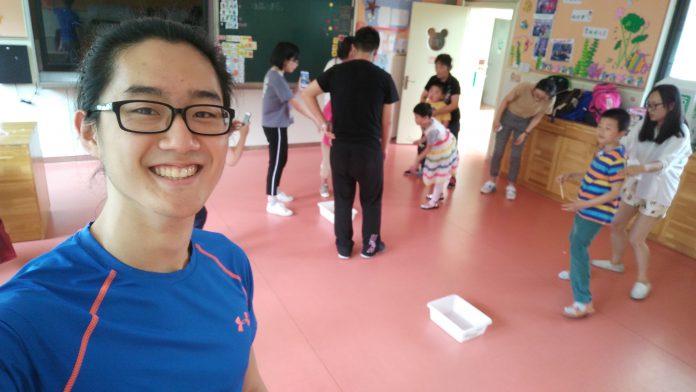 We went back to Hushu for Children’s Day and I was in charge of a small chopstick tossing game. The students would have 5 sticks to throw into a box and those managing to land one or more would get 2 stickers. If not they would only receive 1. It was a monument to bad planning that at the start, we didn’t get any chopsticks. So I had to go look for some. I had to take some from the security guards in the control room. And our game started. 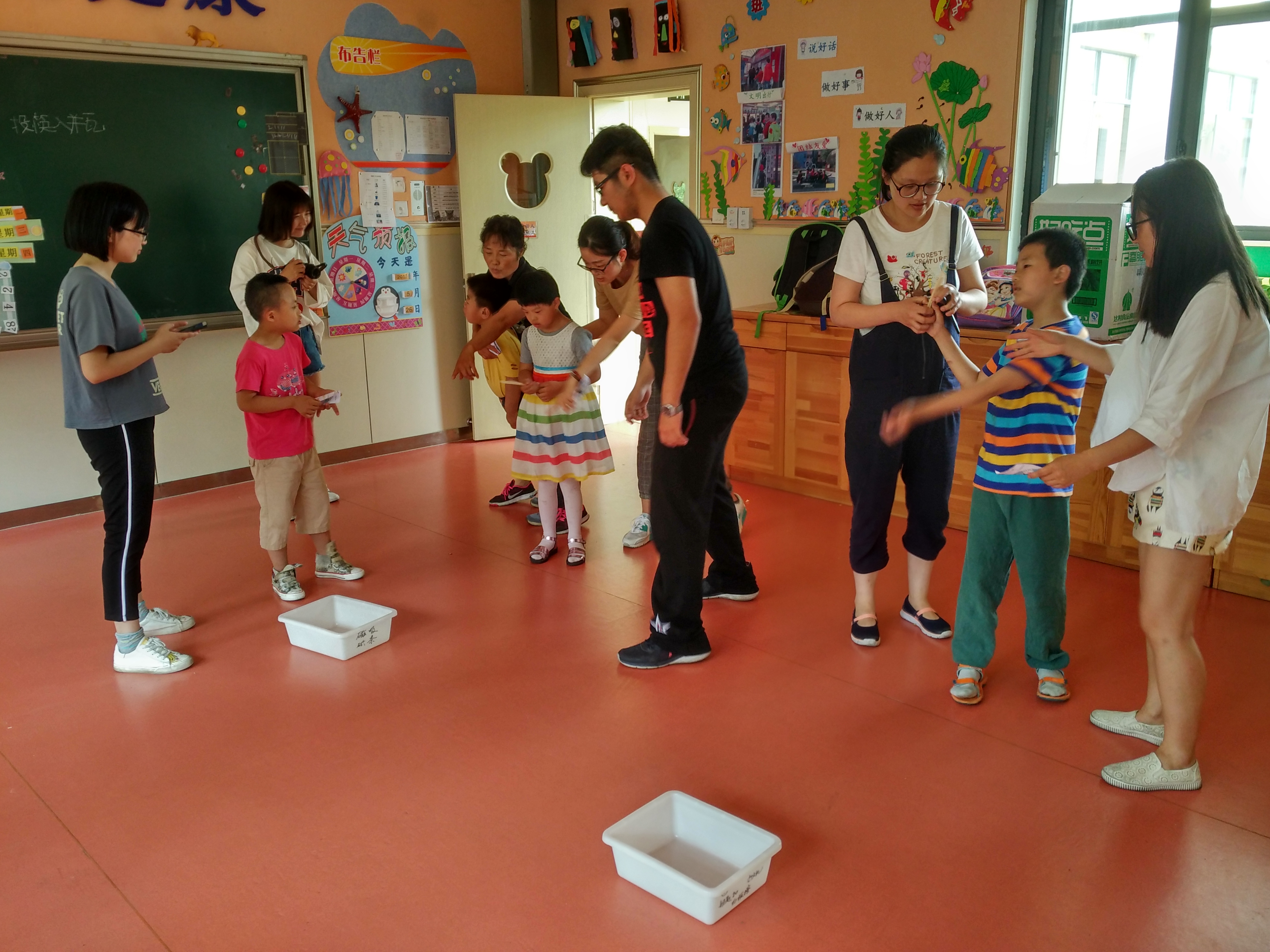 One thing to note was that this was a simple game, yet some students found it really difficult to complete the action of throwing. While dealing with the frustration, the students were encouraged by the teachers and most managed to score a point.

Life is like this. Some people are ahead while others are behind. Its sometimes good to remind ourselves that we may be in the unique position to be of help to others, and this served as a good reminder to always extend a helping hand to those in need. 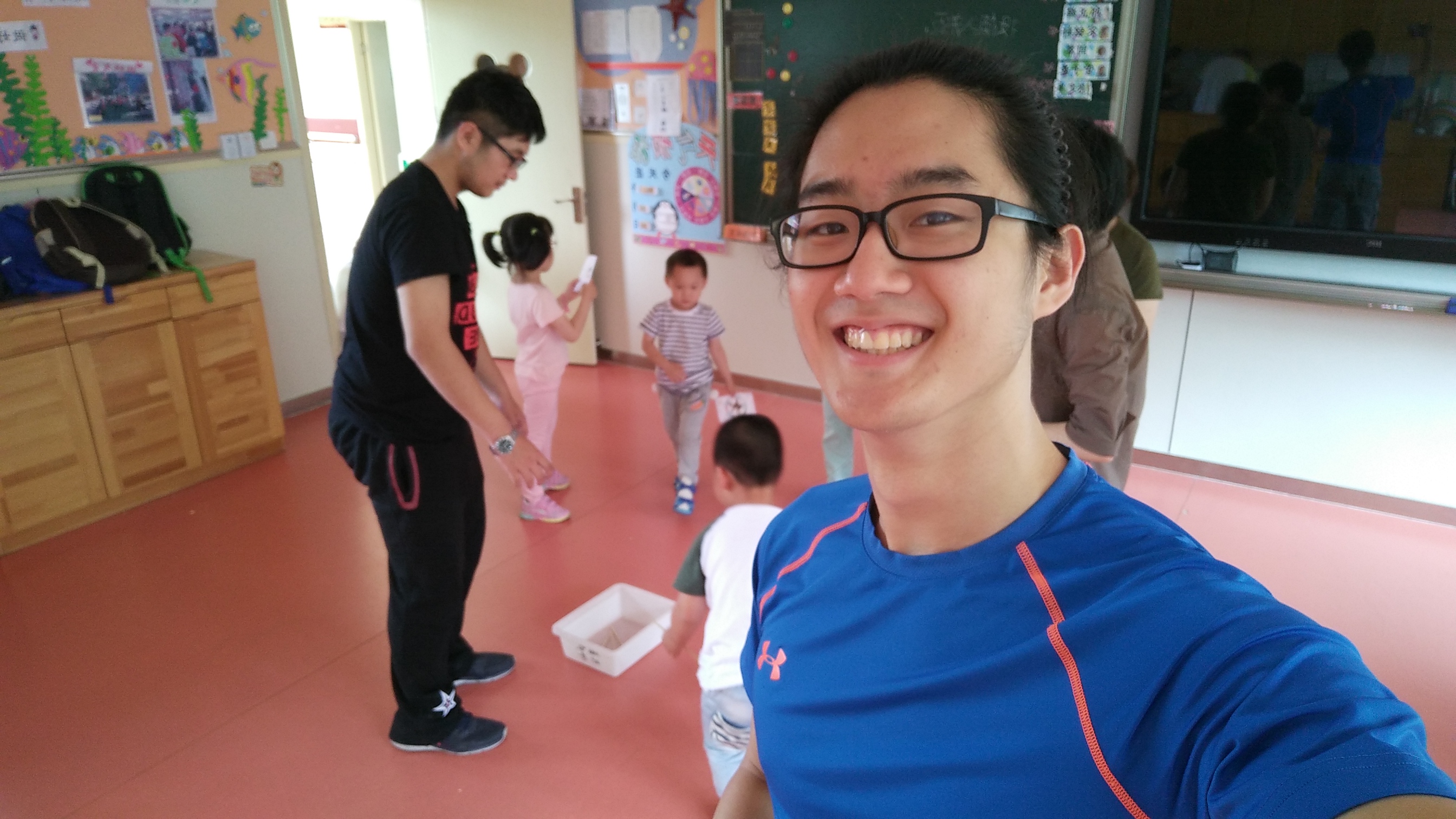 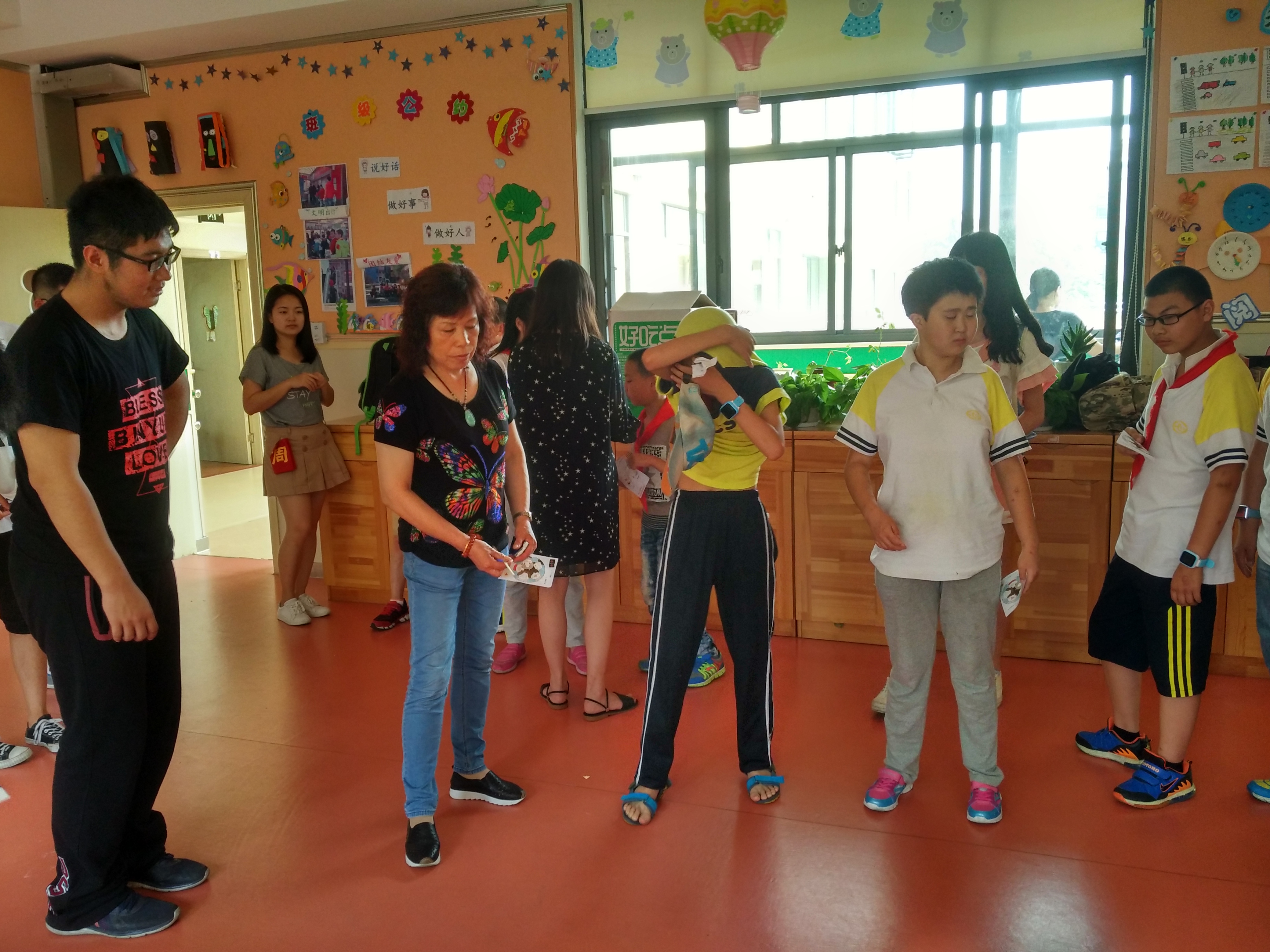 This kid in the yellow shirt tossed over his head was really shy. It took a lot of coaxing, but he got brave enough to play the game. I felt really glad that that one stick he threw actually made it in. 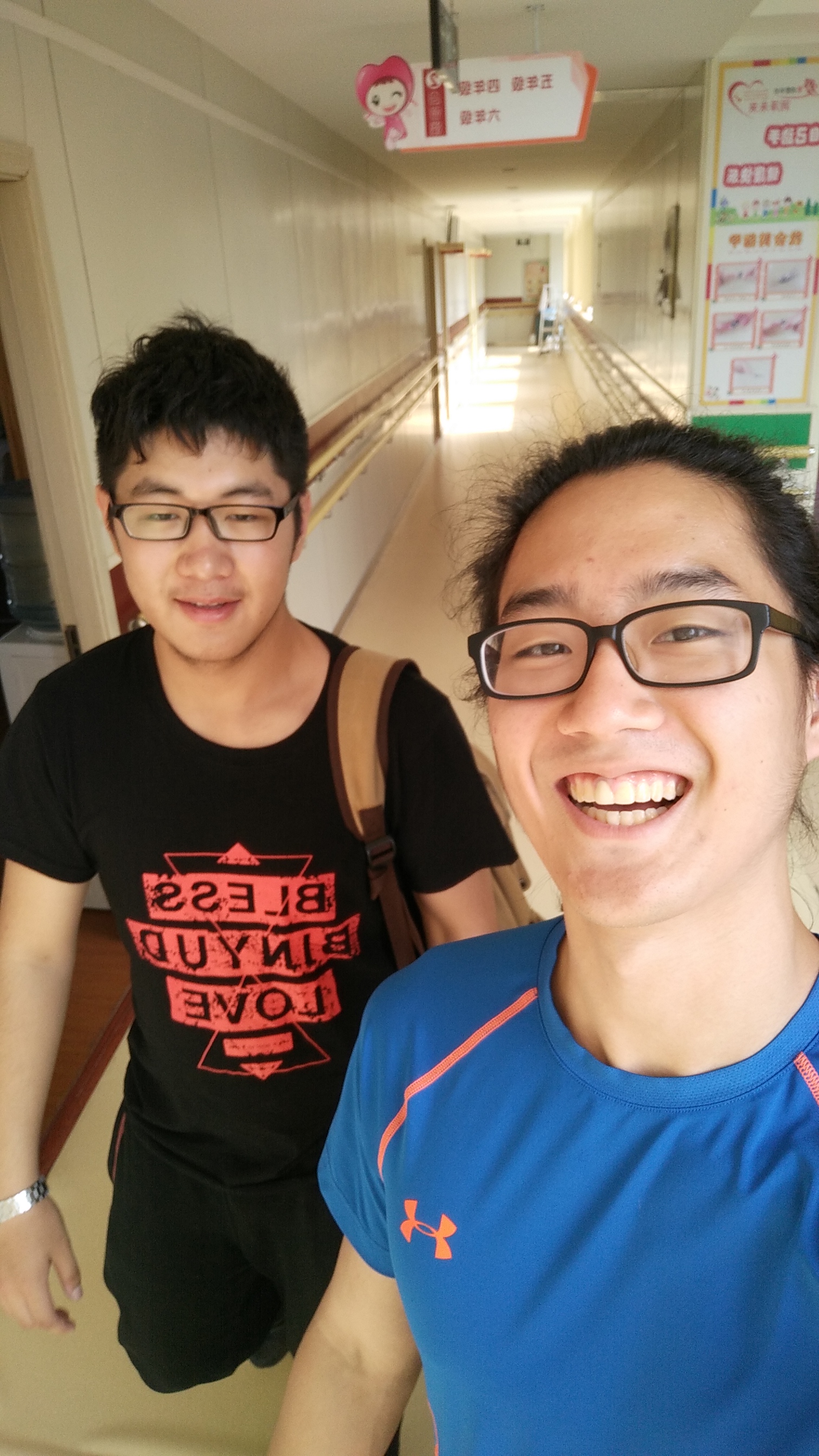 This guy was my translator hahaha. His name is Zhang Zi Hang and he does Computer Science. He came to the school through the Chinese red cross society notification system. It’s like our alerting system for first aiders. He had the call and he answered it. He recommended me some shows to watch and we had a fun chat about Game of Thrones.

And after the last class passed through our day was over and we headed to the canteen to write notes to the students. 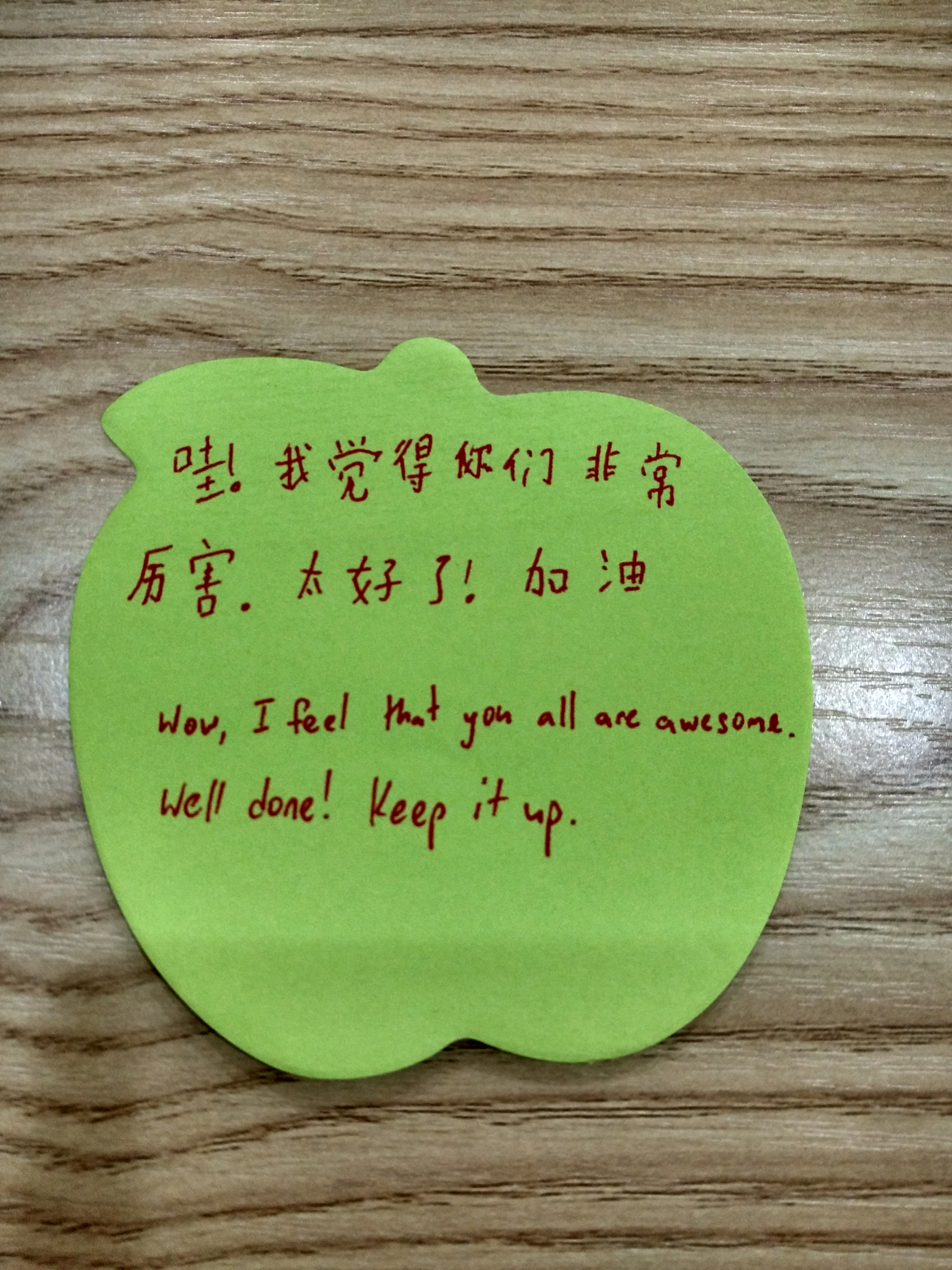 This was mine. And I totally did not use google translate to make sure what I wrote was 100% correct…totally