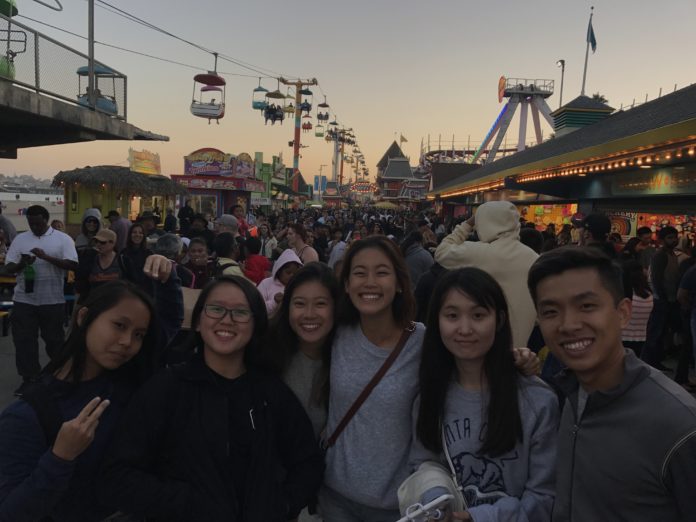 What is Mid Terms??? Well, for me, it means I only have 4 weeks left to explore the sunny state of California!

But my prof. told us at the start of the session to “Work Hard, and Play HARDER”

So first of all, some background and serious work. I’m taking “Environmental Design 1″ which is intensive considering that it is only 8 weeks long. For SUTDents, its similar to 3.007, but crammed.

For this week, we are supposed to work on our second project, which is a film about a given area/environment in Berkeley. We have spent some time to walk and soak ourselves into the given block, downtown Berkeley between last week and this week, so as to gain a better appreciation. Feast your eyes on some of the sights! 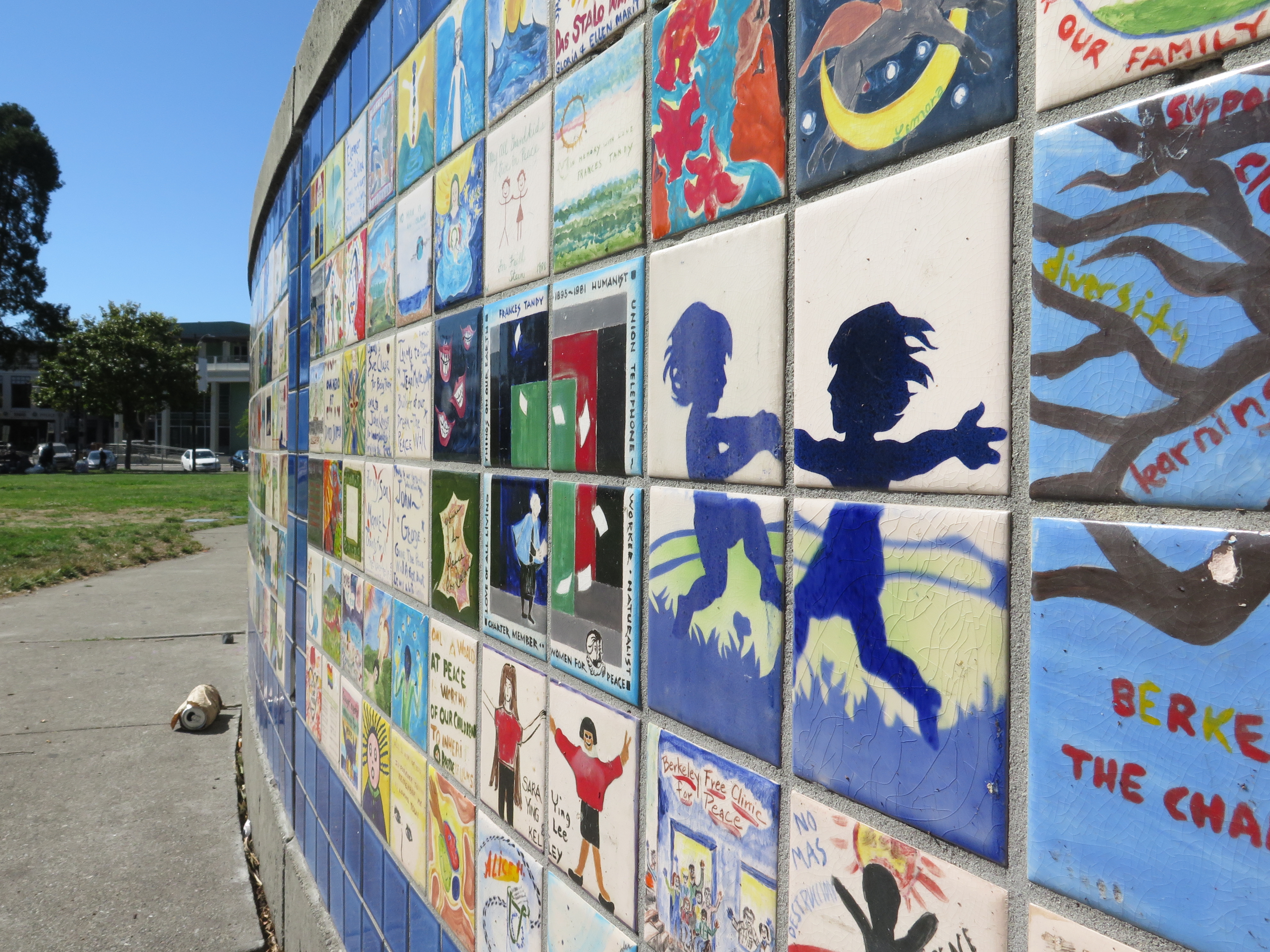 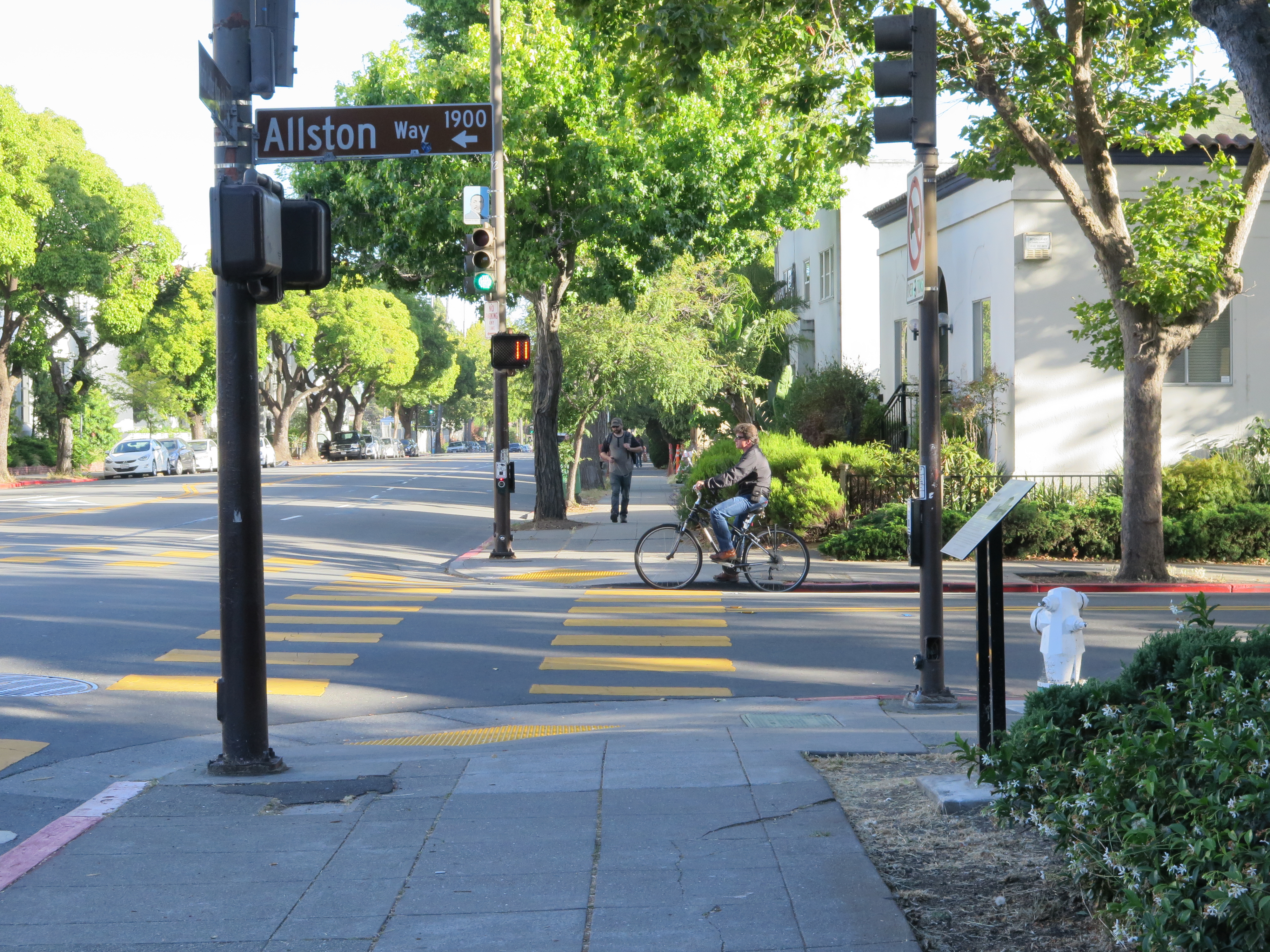 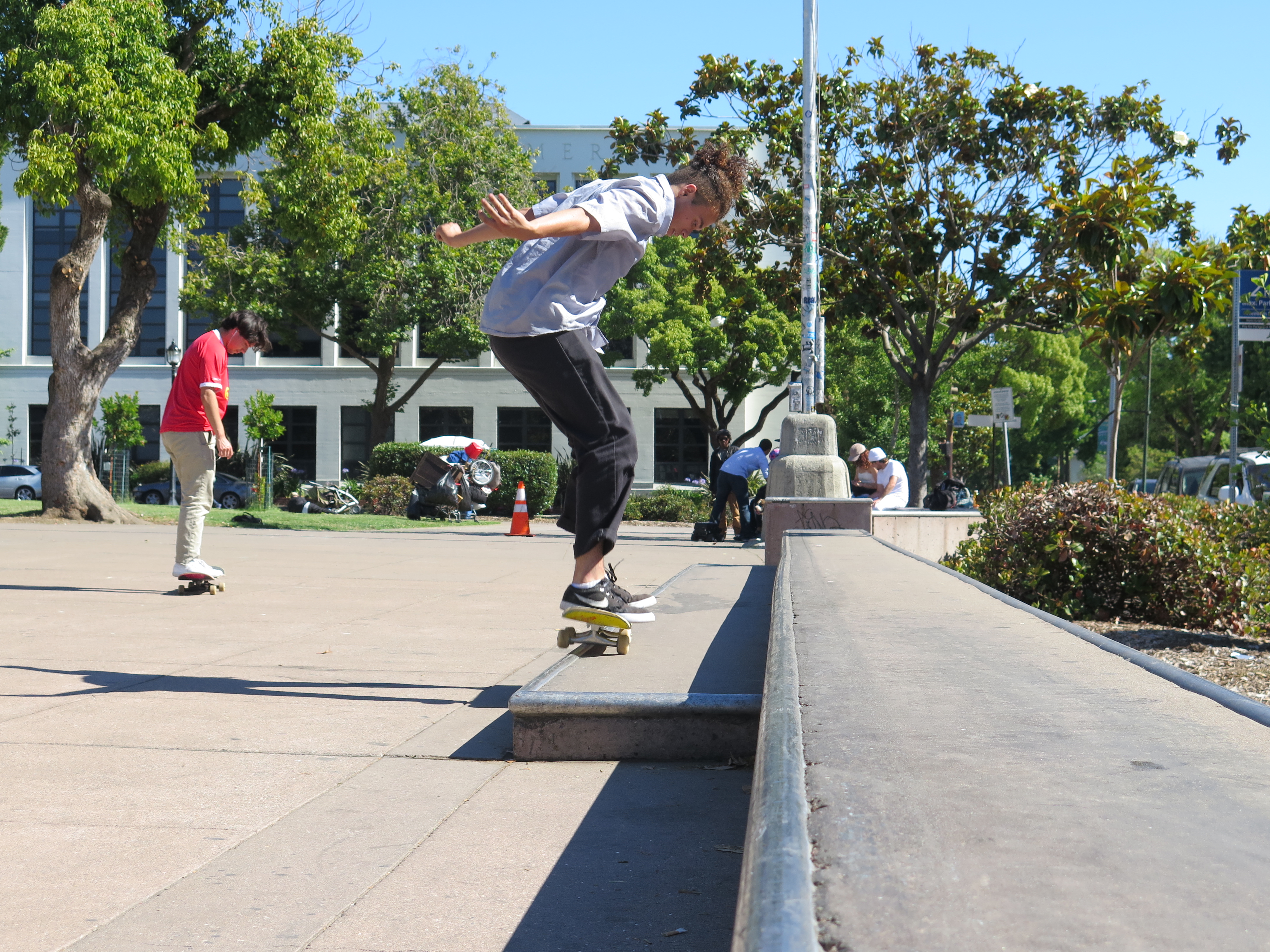 We were then tasked to translate what we experienced into a storyboard and finally the video which is to be done. For today’s class, we worked on the storyboard and experimented with many ways of conveying our message. Shaun was the star of the team who helped compile and printed the images! 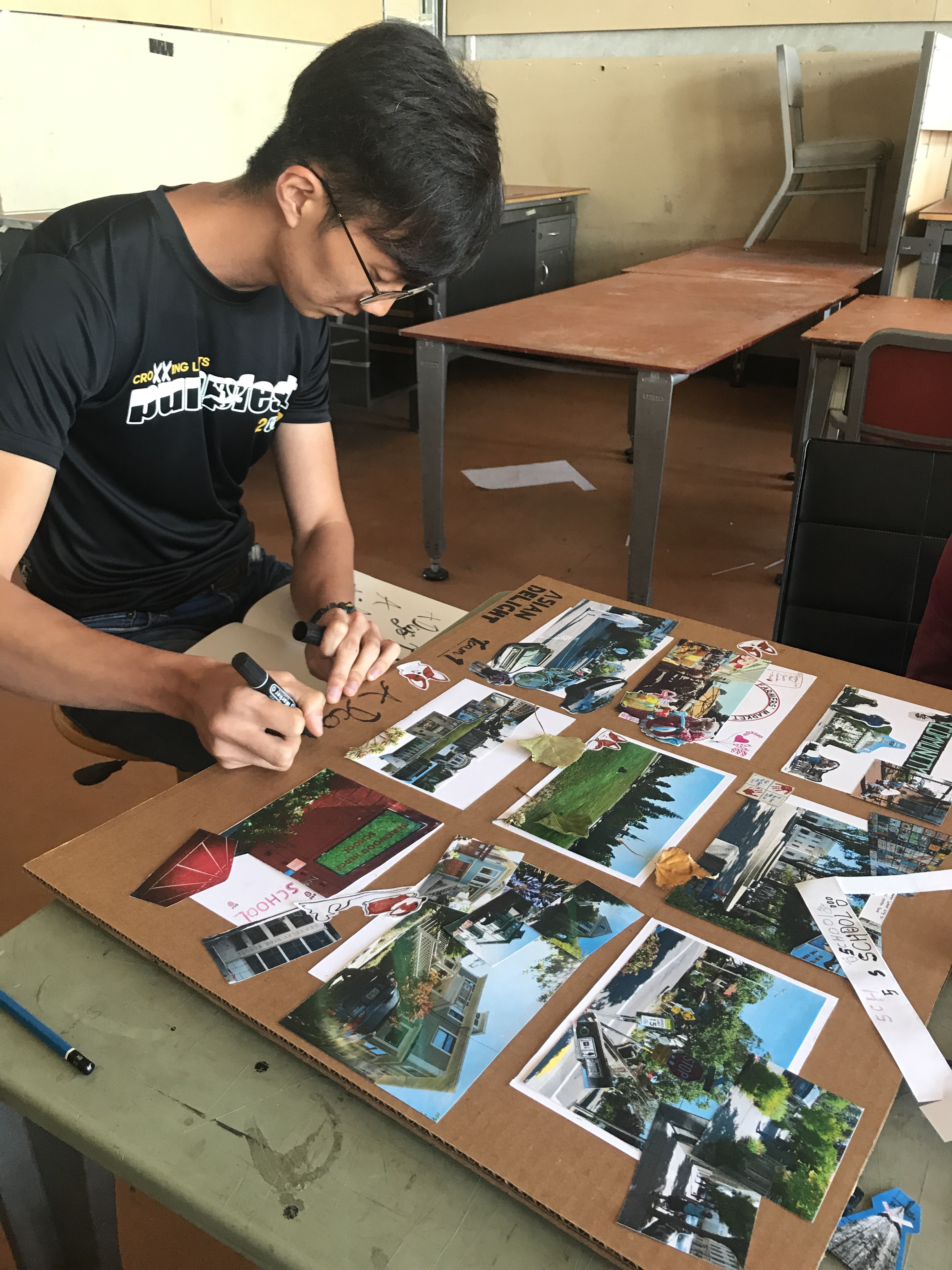 JUST LOOK AT HIS FOCUS!! 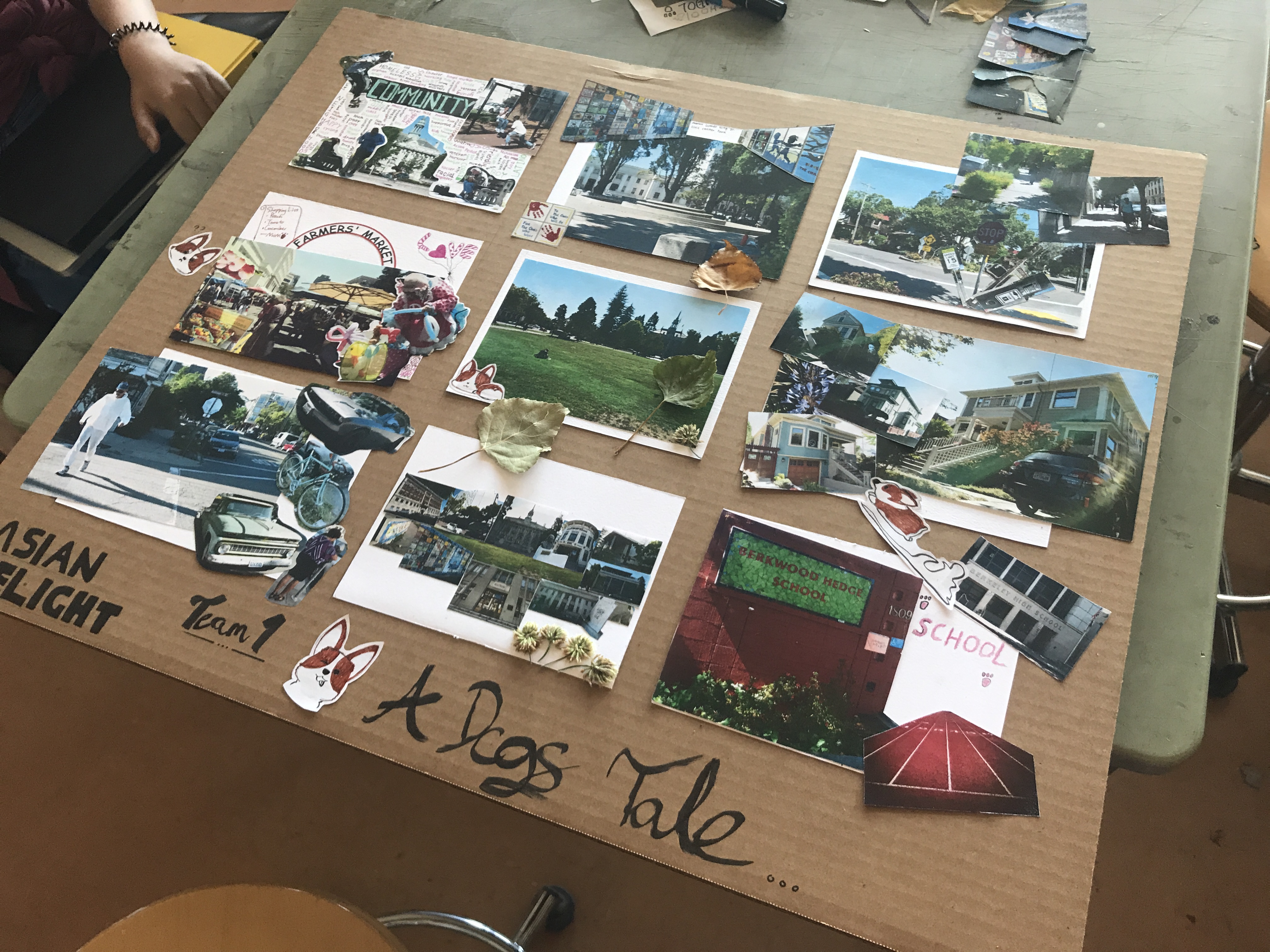 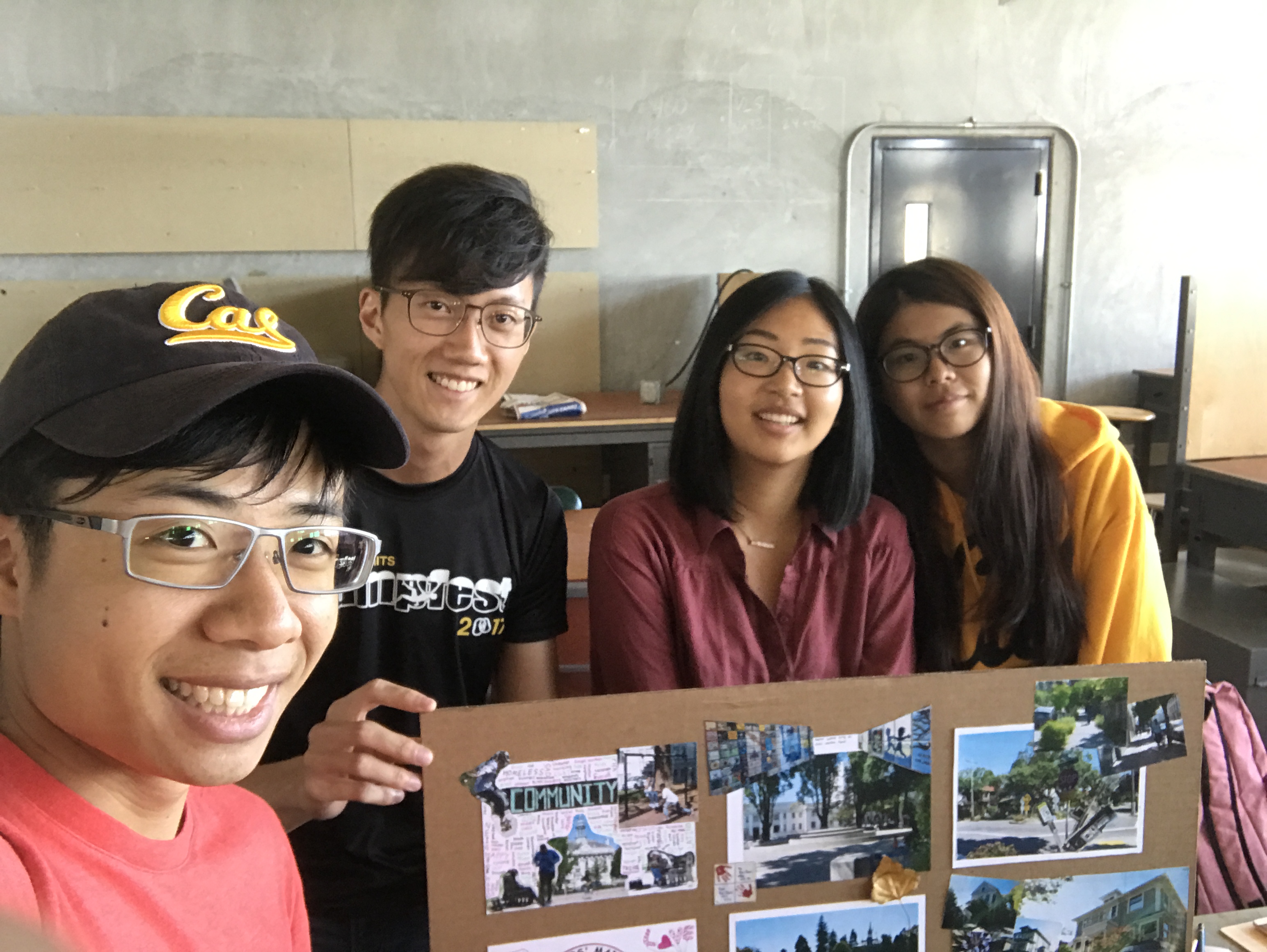 Amidst this film assignment, we are also in the middle of preparing for our mid terms next week, as well as a homework assignment and more importantly, planning for our next great adventure, to Yosemite! (sounds like a smooth transition to the ‘Play’ )

Before that, just a short throw back to last weekend, where we did a day trip down to Santa Cruz. We rented cars from Enterprise and AVIS and headed to Golden Gate Bridge and then down Highway 1 which was a scenic drive along the coast. (yes, please google maps it right now) 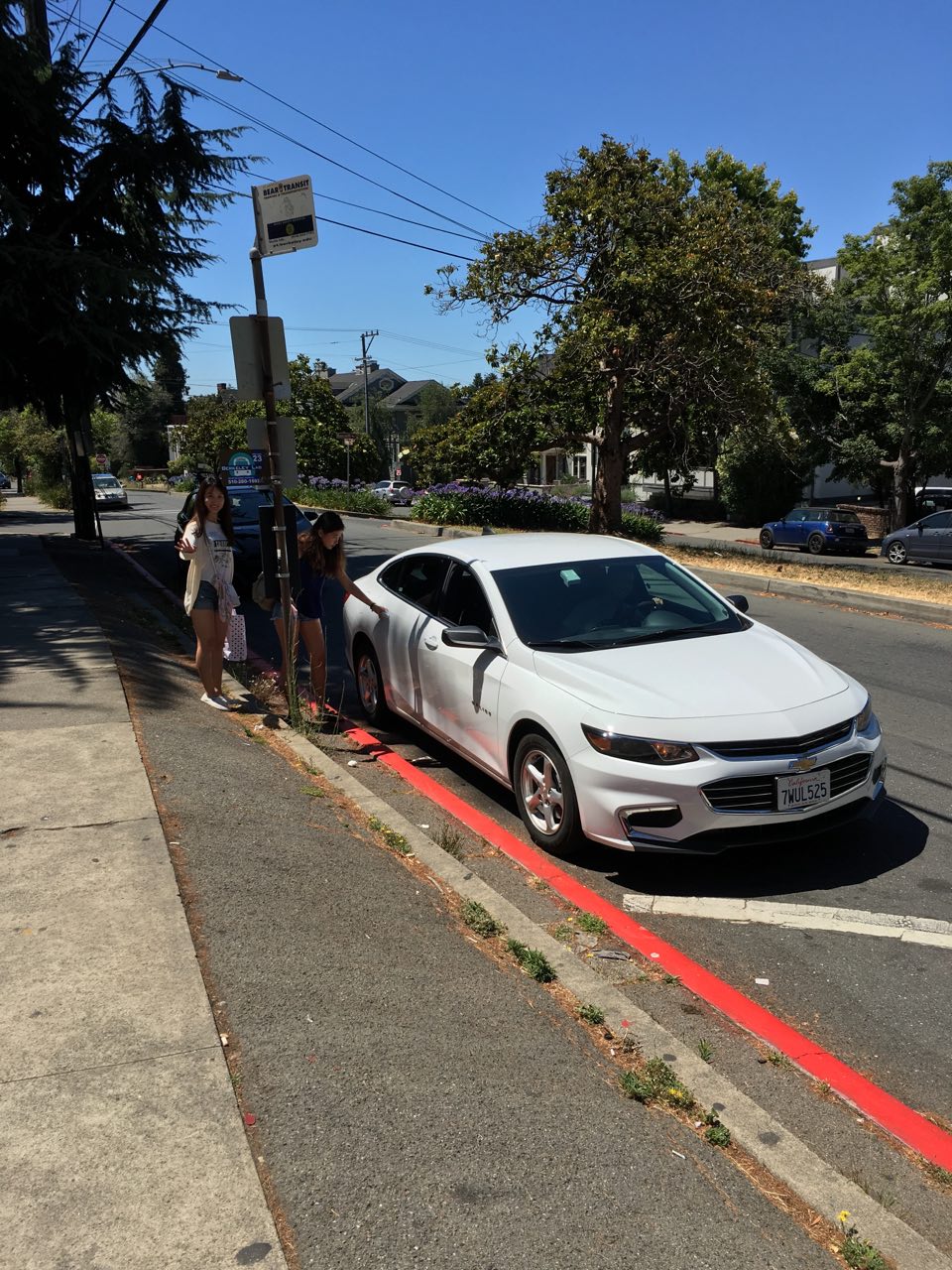 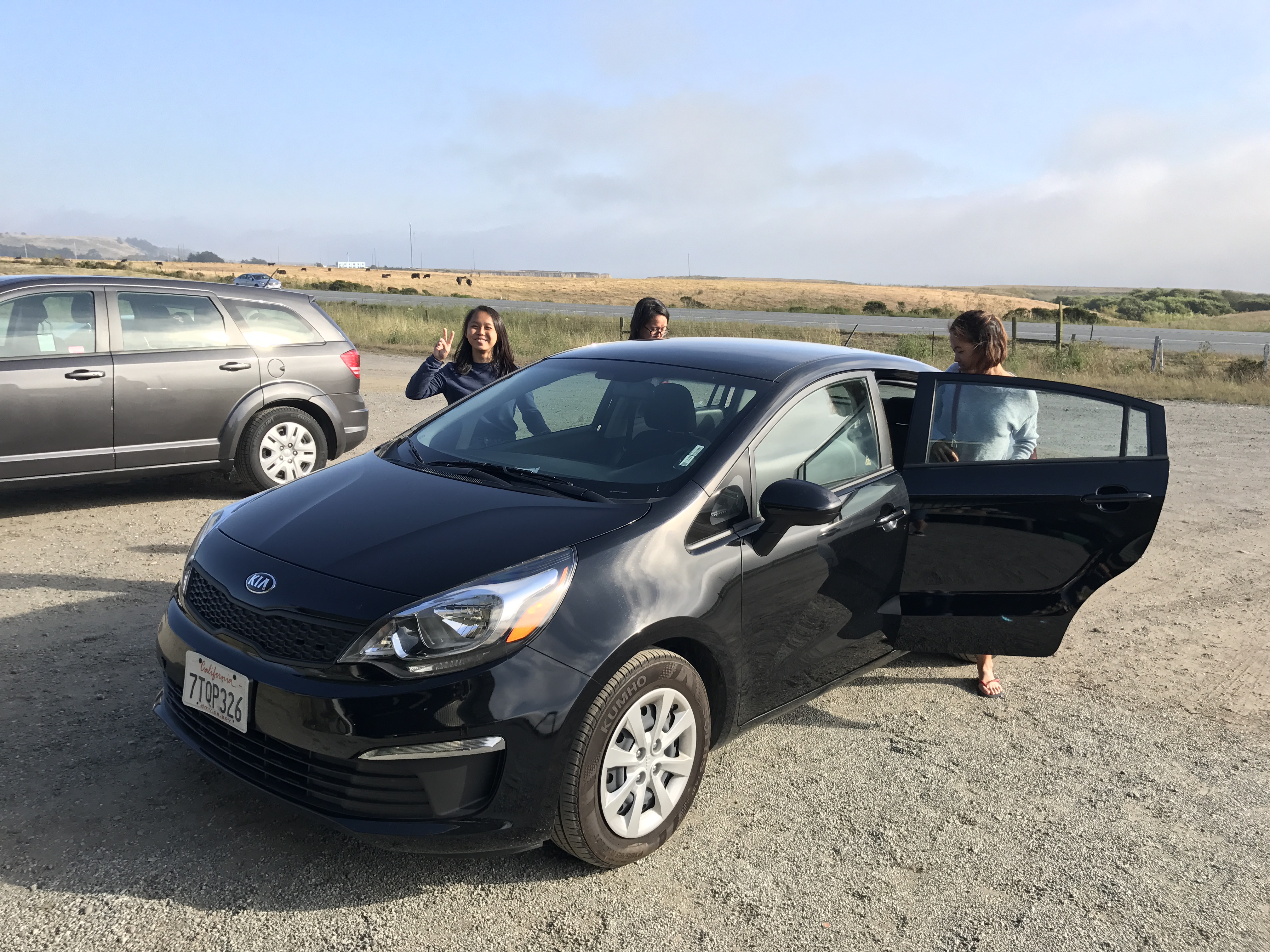 So.. these are our rides, which are very much capable of achieving DECENT speed. Just a tip, we initially wanted to rent a convertible Mustang but was turned down as we were under 25. So for our descendants, please take note when forming a group, try your best to find someone above 25! 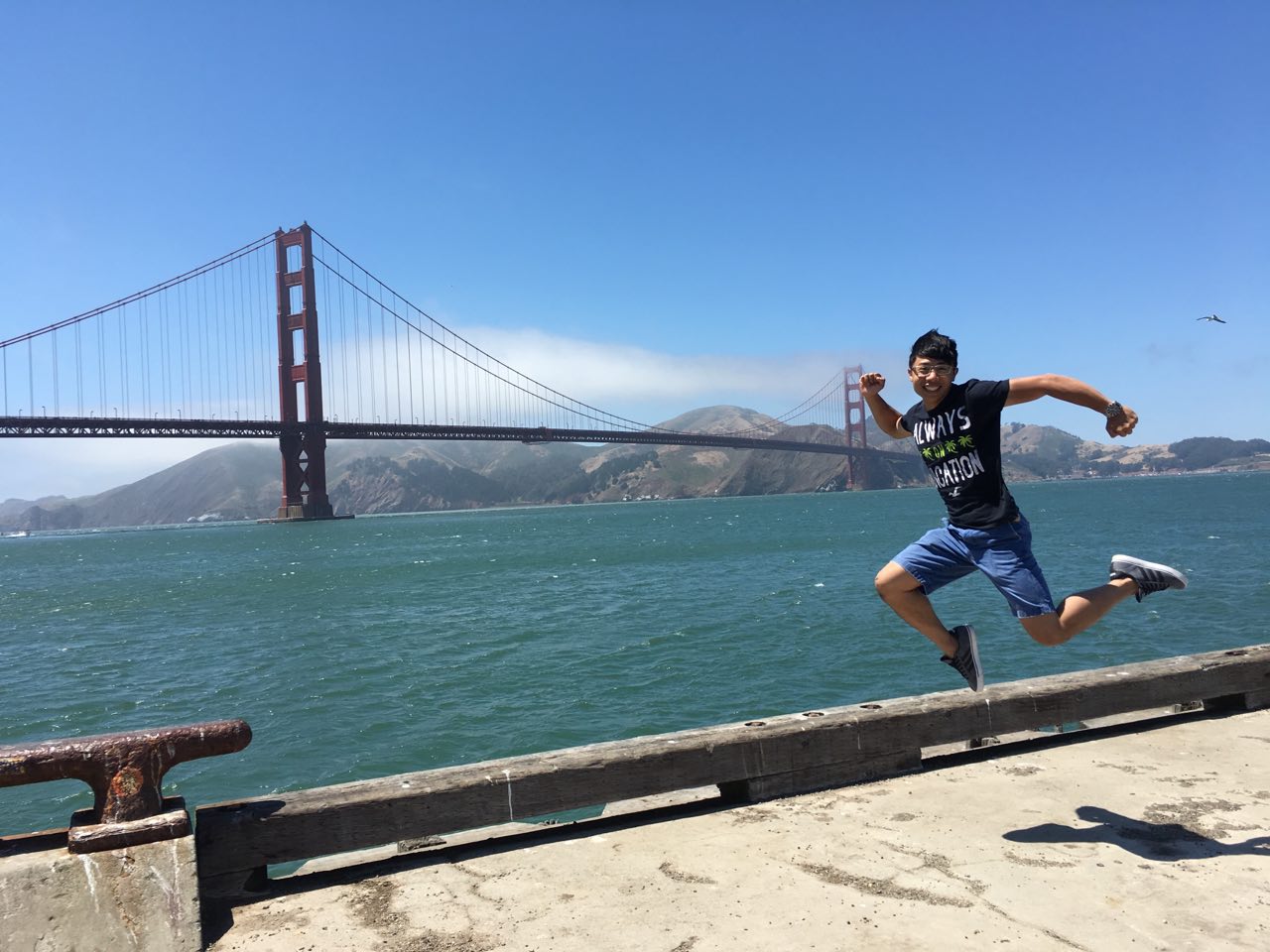 After GGB, we stopped by Half Moon Bay, a small fishing town along Highway 1, 1/3 way between San Francisco and Santa Cruz. There was a seafood diner just across the gas station and we decided that WE NEEDED SOME OYSTERS. 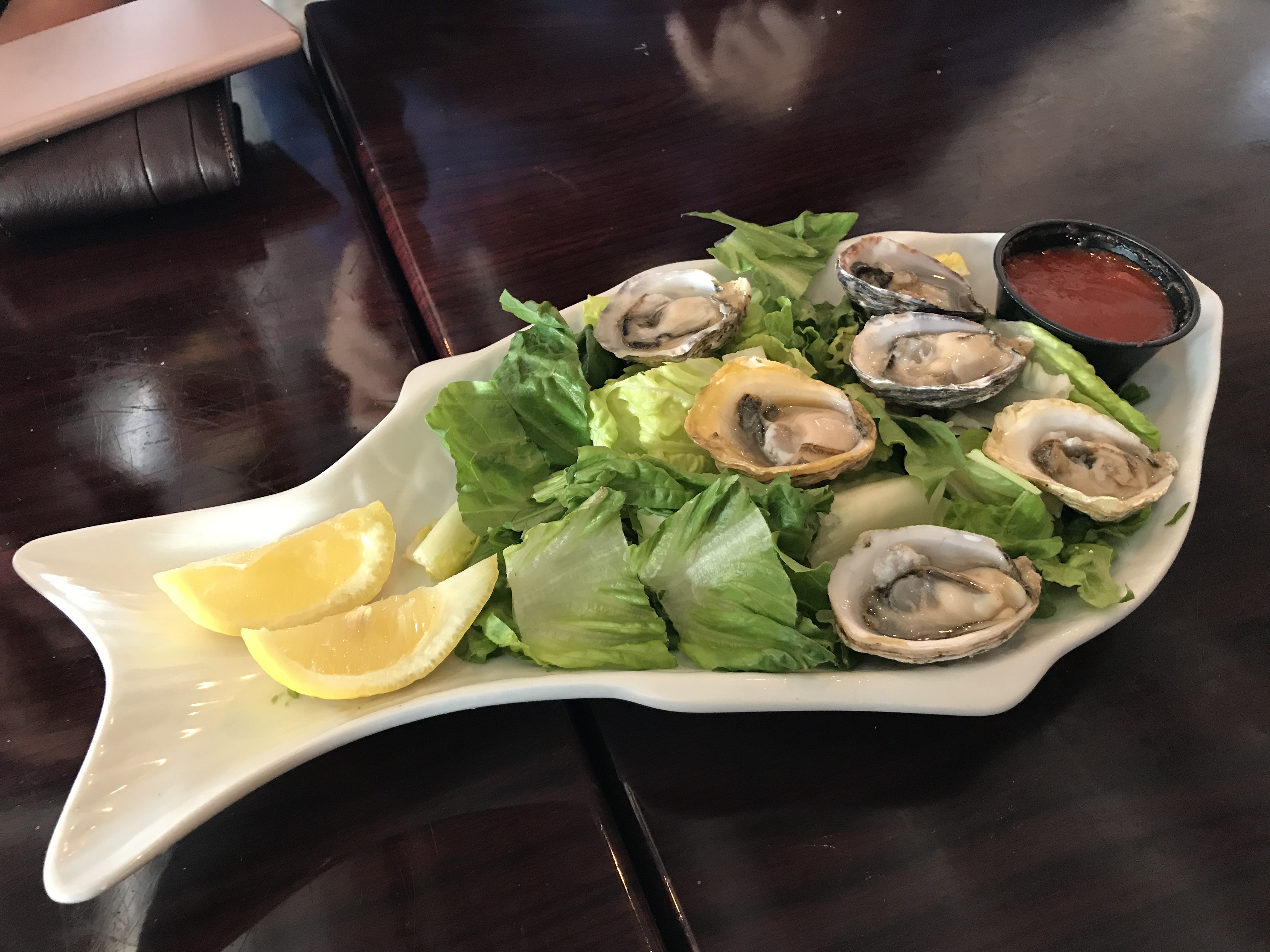 Don’t be fooled by the size, because it costs $2 per piece but it is so fresh that it slides down your throat like a smooth whiskey. Location: Half Moon Bay Fish Market.

The journey continued down the coast and we made several stops along the various state beaches and fresh produce farms. Manage to land our hands on a basket of cheap, bright red, succulent strawberries as well as a bag full of maroon cherries hand picked by Chloe. 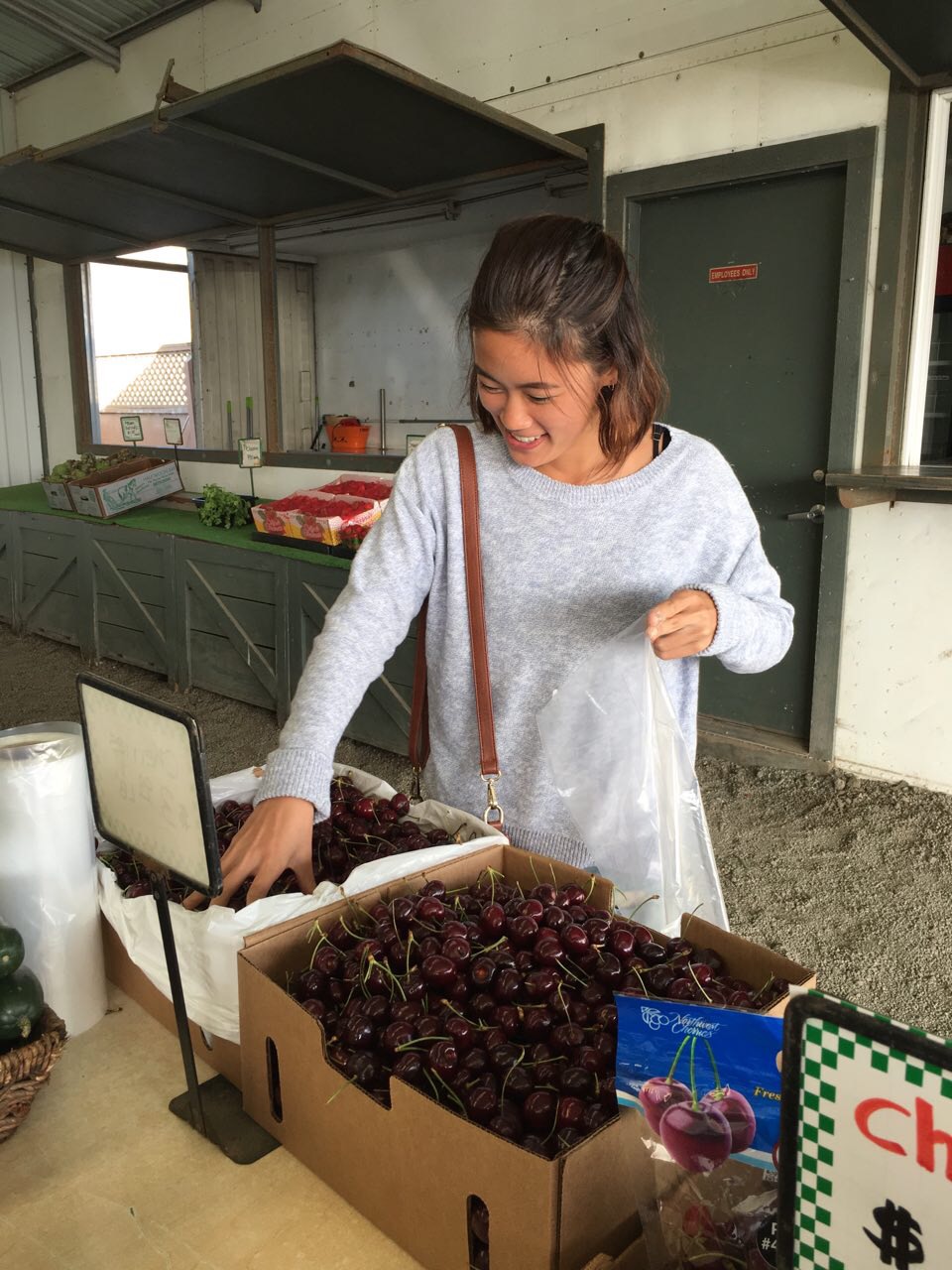 Finally, we reached Santa Cruz all geared up to soak up the amusement atmosphere! However, we were battered by strong winds and decided that it was too cold to get a dip in the Pacific Ocean. It was a memorable road trip which marked the end of week 3. Stay tuned for more…