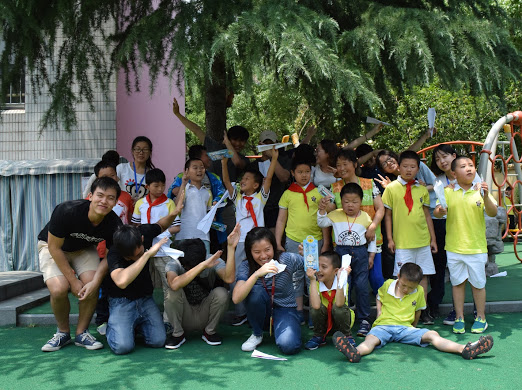 Yes, I know. The recce trip and the sessions at Hu Shu Special school do not coincide in the same week; in fact, they are two weeks apart. But for coherence sake, I shall combine my experiences in both occasions in this one post.

During the recce trip, I was greeted by the sight of a milk tea shop, a mini supermarket, a crafts store, a kitchen and a car wash shed – all within the school compound. Within these facilities, one could see students engaging in some form of on-job training. Some were preparing and serving milk tea, some were learning to collect payment at the cashier’s counter, some were engaging in handicraft, some were learning how to bake and some were learning how to wash a car. At first glance, I thought the school’s objective was to equip her students with occupational skills so that her students could get employed and assimilate into society. But that was not the case. The goal of the school is something much simpler – to impart her students with the necessary skills to take care of themselves and live independently at home for an ordinary day. It was heart wrenching to see how tasks that we deem as menial could be challenging to someone else. 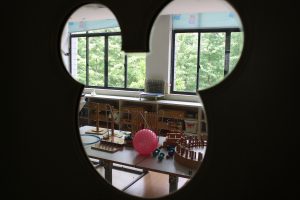 Admittedly, things did not go quite as planned for the first session. We did not have a clear understanding of our target group: their behaviour, what they were interested in and their attention span. It was difficult to get the children to fold the paper planes; some had a short attention span and got easily distracted, others were living in their own world and were not responsive to us. I can relate to the latter; it must have been intimidating to see a bunch of adult strangers approaching you, expecting you to obey their instructions. The boy I was entrusted with was largely unresponsive to my attempts in teaching him how to fold the paper plane but when I handed him the completed paper plane – his eyes beamed with excitement. He did a cute gesture of puffing at the tip of the paper plane before launching it into the air. Clearly, he was more interested in playing with the paper plane rather than the folding it. We might not have been very successful in teaching them that day but at the very least, we did manage to bring smiles unto their faces and I guess that is what really matters. 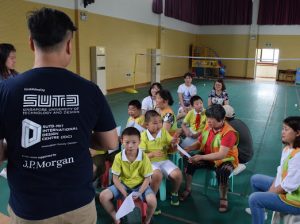 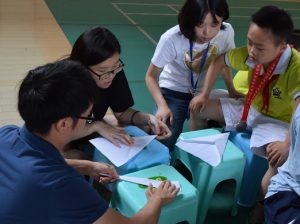 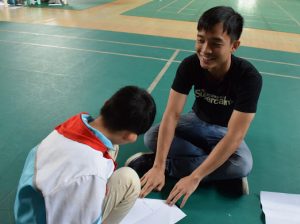 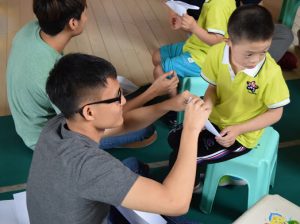 Things went smoother for the second session. We managed to garner the attention of the children this time and they seemed to be very interested in the dance; a few were in fact very adept in the dance. After the session, the teacher-in-charge, 吴老师 brought us to observe our next target group for us to gain a better understanding of them. Our next session is full-day and 吴老师 suggested that we experience what the students do – cooking, baking, making milk tea, handicraft etc and take the opportunity to learn from and interact with them. So excited for our next session! Hopefully it would be as fruitful as our second session. 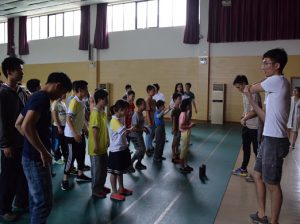 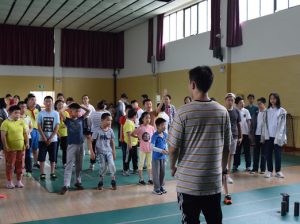 That’s all from me for now as I prepare to bury myself in work for my theme’s upcoming design concept presentation.

PS: Just in case you were wondering, the title of this post is the lyrics to the song – 海草舞 that we danced to in the second session.