Okay I lied, I was actually here for 2 nights hehe. Last week, my friend and I tagged along with the rugby team to Beijing for a tournament. It was a very interesting experience, especially for me. Started the morning with a bang by leaving my wallet in a cab on the way to the train station! I was really sad because I just withdrew 500RMB. The fact that struggling to balance among traveling, taobao and food, money is very crucial. Just thankful, I didn’t have any Singapore cards inside, else it would be super troublesome.

Right after we got off the subway to take a bus down to our place of stay, we received a very very  cold welcome from Beijing. It was hailing !

Initially we thought it was just a very heavy downpour, until the droplets started getting bigger before realising they were actually solid. Wanted to take a photo but got attacked so hard in the face. Somehow it stopped shortly after we got on the bus, and then it became really hot.

Since it was a very short 3D2N trip with a very tight schedule, there wasn’t any time for sightseeing so I only managed to squeeze out a morning to visit 圆明园. It used to be the Imperial City during the Qing dynasty, before it was ruined during the second opium war. 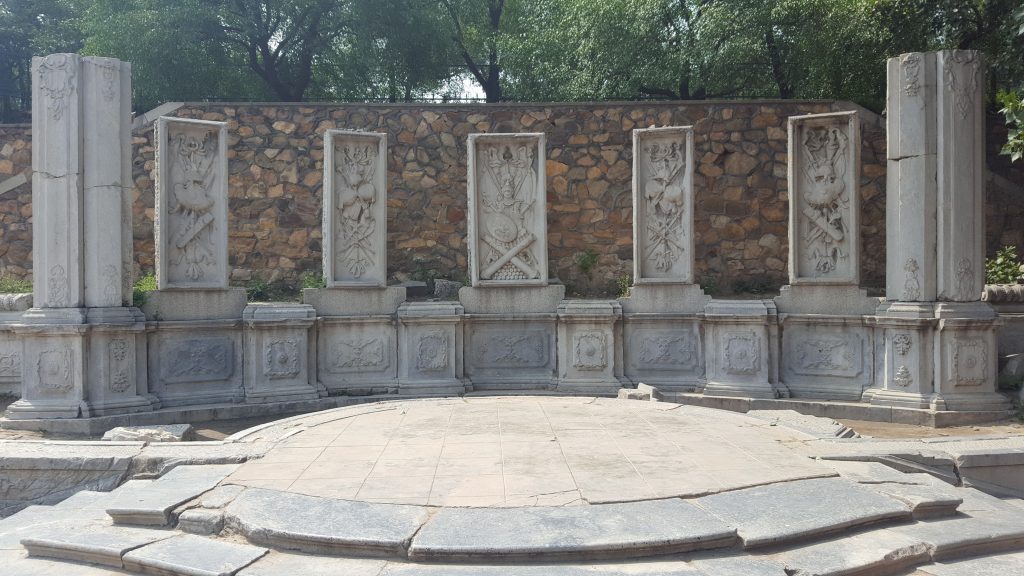 And that concludes my short getaway to Beijing!

Oh, remember about my lost wallet before the trip? I went to some traffic building (guided by my China friend) in attempt to locate the car again. I did not have much hope because it had been quite some time already. But guess what? I actually managed to find the taxi driver and he was keeping my things all along, hoping I would contact him soon! He even sent it to school for me the next day, with nothing missing!

Big thank you to 王师傅!