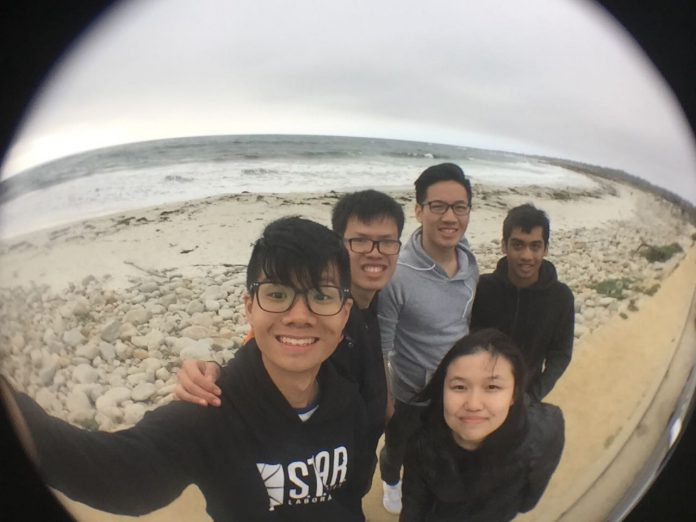 If you were to google Berkeley up, then you would find information like it was started in 1867, that it’s Ivy League…blah blah blah. However, I am here to offer my own experience.

Previously, I have shown photos of accommodations. A typical day would be me waking up at 7.00 exactly (although sometimes earlier, as sunlight starts filtering in at 5 am. Breakfast is at I-House, but could also be purchased at a nearby bakery for around USD 2.00.

Afterwards, it’s off to the Library! The UCB library is big~~ With four levels at the main library, and reserves and multiple specialties!

11 am – It’s time for lessons! I take them at the Valley Life Sciences Building. With a seating space of 400, lecture is a breeze. After lecture on CS61A, which is kind of like a faster-paced Digital World on Python 3, I attend either lab or discussion. Lab is for you to do prepared assignments, while discussion goes through concepts and quizzes. Furthermore, each is counted in your final grade!

After lab, I would head to Barrows Hall for my History class. Our teacher is…kind of loud, but still entertaining as he talks about Europe in the 19th-20th century.

My dad asked me what were the difference between Americans and Singaporean culture. Let me relate to you what had happened with Office Hours:

Plenty of empty talking. Yes, you won’t believe, but once I tried asking something, such as the Night of Long Knives (remember your history exams?), it shifted to Hitler’s Last Days, the book that we were studying. While I decided that since my question was already answered, I decided to start taking down notes for the book review. It rapidly shifted to the author and his rival’s adhominem attacks on each other. The teacher seemed to think that we were attending office hours for participation points instead.

In fact, American students are pretty active in class. How much of this is due to incentivized participation points and how much they had their points in mind is up to debate. What I do say is that the same few people do raise their hands each class.

In Computer Science, however, there are plenty of Asians. Of course, questions in lecture is allowed. But when you have a population of 409 people, you have Piazza. It is so much more active than Digital World for obvious reasons. While I was fairly disappointed that the lectureres and tutors are all students, I was told that this was not the case in 61BL. Huh.

Still, you can see the difference between the banana kids and those born in Asia. They tend to be more active in class, more ready to ask questions and suggest answers (which is why I’ve been seeing this guy, Addison, on piazza so often) And they tend to debate more. It seems that Americans tend to be more individual? I may be stereotyping them too much, but it does come across that way.

And for now, pictures of both Berkeley, and the Sacramento Trip.