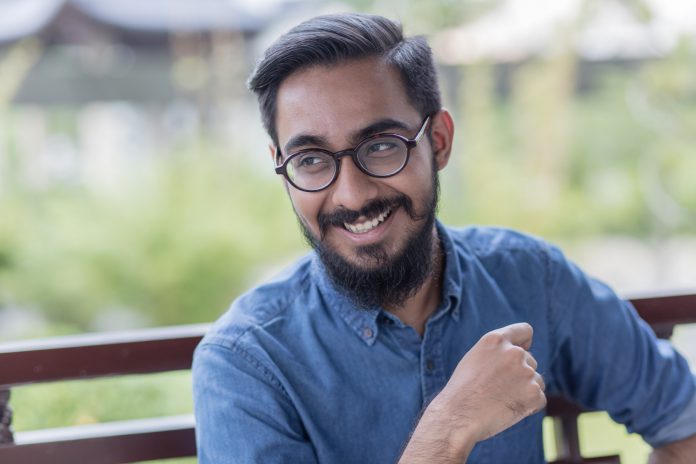 A portmanteau of the word ‘hack’ and ‘marathon’, the hackathon is a short one or two-day event of exploratory programming, usually organized to tackle challenges of a particular industry or programming language. Upbeat, articulate and socially savvy, SUTD Alumni (Class of 2016) Agrim Singh is an absolute far cry from the stereotypical awkward portrait of a hacker. We sat down for a chat with the prolific winner to find out what it means to hack, and what it takes to perform continuously well in hackathons. 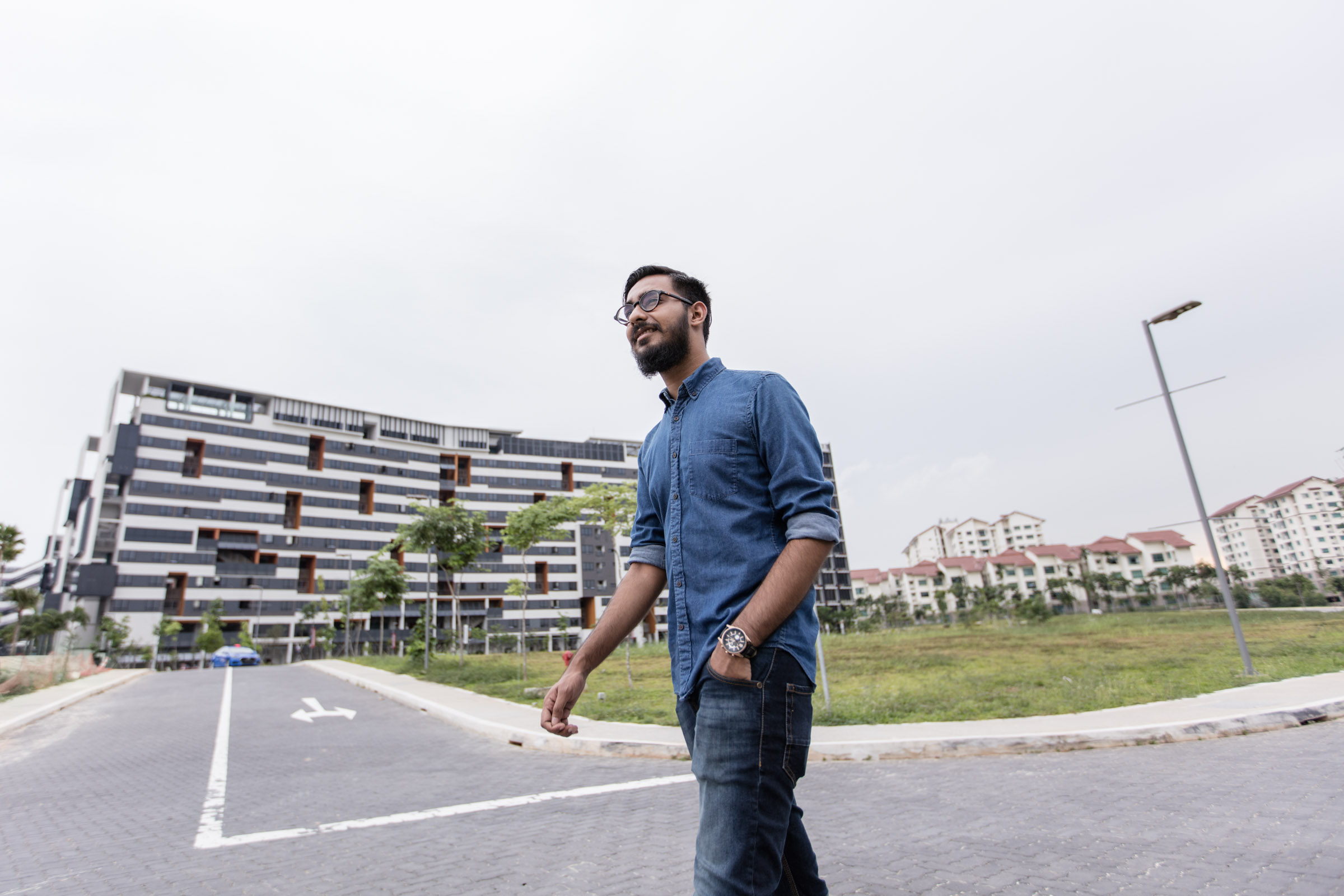 Agrim first got bit by the hacking bug when he received an email from SUTD about a hackathon in August 2013. Being unexposed to tech-related activities in Junior College, Agrim decided to take a gamble. “It was only 24 hours and there was free food. There was nothing to lose and everything to gain!” he cheekily recalls. Agrim also relishes the opportunity of meeting individuals from a wide variety of fields to solve problems together. “You attract all kinds,” he says, including developers who build things, hardware enthusiasts, business people, designers and industry professionals. “Hackathon winning also happens to be very lucrative,” Agrim muses, admitting that substantial prize money is an obvious incentive for newcomers and seasoned hackers alike. While preferring to stick with a consistent team, Agrim occasionally shows up alone and sees who he eventually partners with. Working and learning from strangers is a good test of your abilities, and for Agrim, certainly has not stopped him from winning.

“The outcome is not just for show but has meaning in this world, which is the point of hackathons. … The company gets to choose from a plethora of pitches and prototypes, and participants get to network and source for potential jobs and partnerships.
Overall, no one loses out.” 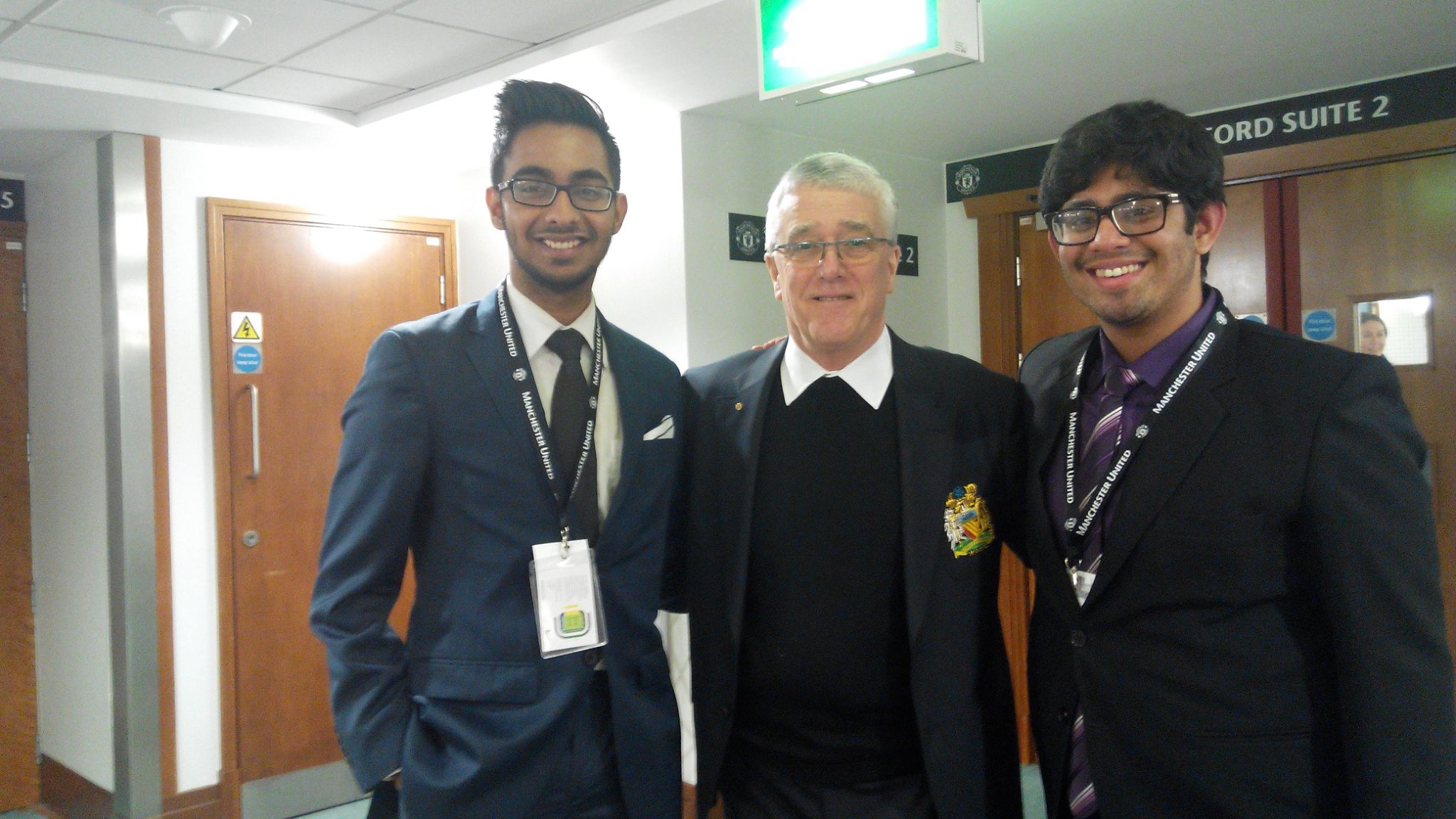 As an ardent supporter of the football club Manchester United, one of Agrim’s most savoured wins was clinched at Tech-in-Asia’s startup hackathon in 2014, during which his team proposed a virtual pub social sharing platform for Manchester United’s Southeast Asian fanbase. Not only did they receive a fully sponsored VIP trip to watch Manchester United at the Old Trafford, their proposal was also translated into an actual virtual fan club just one month after. Another memorable win for Agrim was at this year’s Budweiser Dream Brewery Hackathon in February, where his team built a drunk detector and also pitched for a machine that is able read personalities, choosing to dispense alcohol according to certain profiles. On top of scoring a sweet sum of $25,000, the team will also be flying to Shanghai later this year to continue developing the idea with Budweiser. 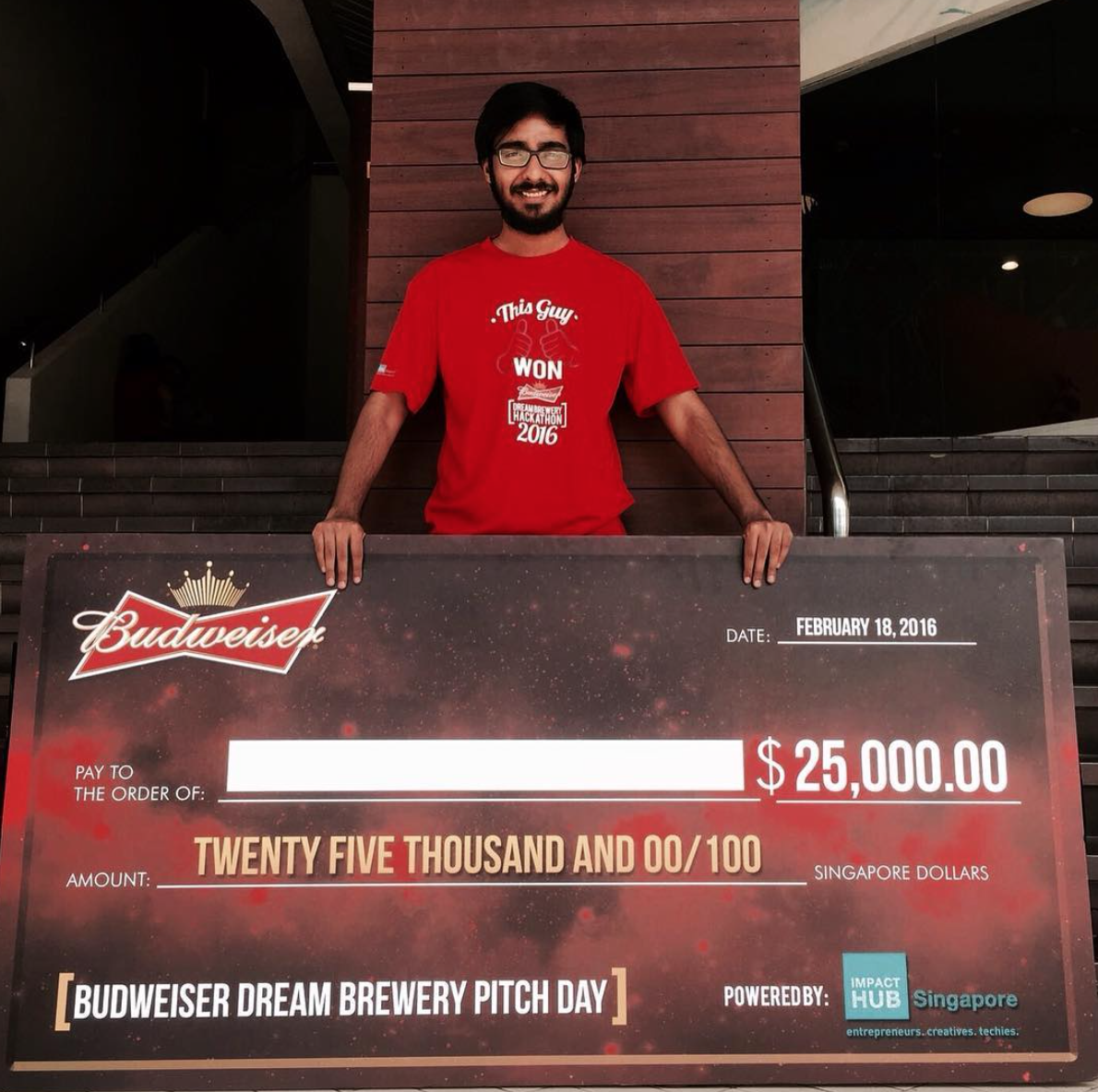 Agrim and team presenting their pitch at the MSD Singapore Global Challenge 2016.

So what exactly is Agrim’s secret? When asked about winning formulas to employ for hackathons, Agrim emphasizes that anything you pitch must be designed for the relevant people in mind. “Problem solving means that you must address the people at the center of the entire experience,” he opines. Too often, engineers tend to build and design for themselves and push that to users. Agrim also mentioned the creativity and foresight needed in identifying novel avenues for solutions, such as refraining from building another app unless absolutely necessary. “Unfortunately, creativity is something that can’t be taught directly,” he says.

Networking and prize money aside, Agrim uses hackathons as a platform to learn about domains that he otherwise wouldn’t necessarily explore. Participating in SG Enable’s coLAB hackathon in 2014, for instance, gave him valuable insight into the healthcare industry. “I can see myself doing that now because I understand the scope of problems I might have to deal with,” says Agrim, when previously his interests would have been limited to the security and entertainment industries. It’s also an invaluable channel for start-ups and companies pushing new products to receive immediate feedback on their ideas.

“SUTD shapes you without telling you where you’re going but eventually everything comes together.”

In hindsight, Agrim attributes his success with hackathons to a lot of foundational experiences forged in SUTD. Apart from being given opportunities to participate in overseas and local hackathons, one of the things he most appreciates about the SUTD pedagogy is the level of hands-on experimentation that forces students to confront their limitations. Such spirit and comfort with challenge are definitely required for intense design experiences like hackathons. Several classes he took in SUTD also ended up being essential pointers for some hackathons. “When we pitched at Merck, I kept falling back on things that Prof Dawn Koh had told us on our field trips for the global health class,” he recalls fondly and gratefully. Some humanities courses, like Prof Michael Reid’s class, were also useful for his VR and thought experiment projects which asked important fundamental questions about human perception and reality.

2.5 years in and Agrim is still going strong. In fact, he has won so many hackathons that he is now barred from competing in certain events such as Startathon, and is asked to mentor competitors instead. Apart from being a prolific hacker, Agrim keeps himself busy by helping out in the Singapore debate scene. During his student days, he also participated as a SUTD ambassador and played in school bands. Now that he has graduated, he is making plans for his own startup company that he founded with a couple of friends. With hackathons gaining popularity, Agrim is positive that more young aspirants will dip their toes into an experience unique and unparalleled to anything in a classroom.