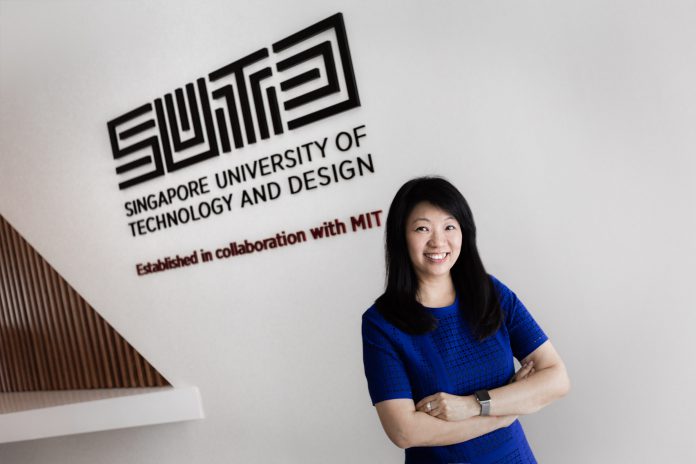 The SUTD identity may be young, but it has already made waves amongst its students, the public, and has also caught the attention of numerous award platforms. The school’s logo won a Gold (Graphic Design Category) in the Singapore Design Award 2010 organised by Design Business Chamber Singapore the very year it was made public. Subsequent advertising campaigns, notably the inclusive 2013 Women’s Campaign, also clinched multiple awards, including the 2013 Best Idea for a Female Audience at the MARKies, AWARE’s Award of the Year (Education) and the Effie Award in Education (Silver award). 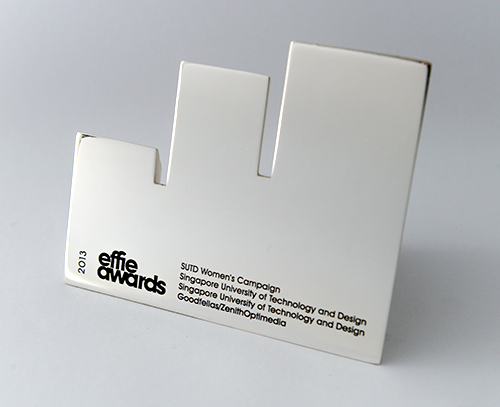 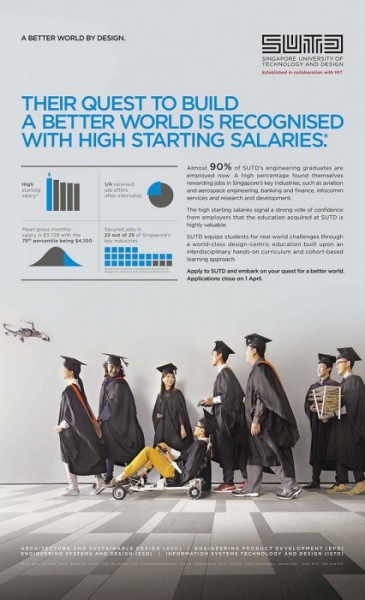 Most recently, SUTD’s 2016 admission campaign was nominated for the Singapore Press Holdings’ Ads of the Month award in March this year, while the 2015 Exam Survival Kit garnered a bronze award in the Brand Experience category at the 2015 Singapore Effie Awards. 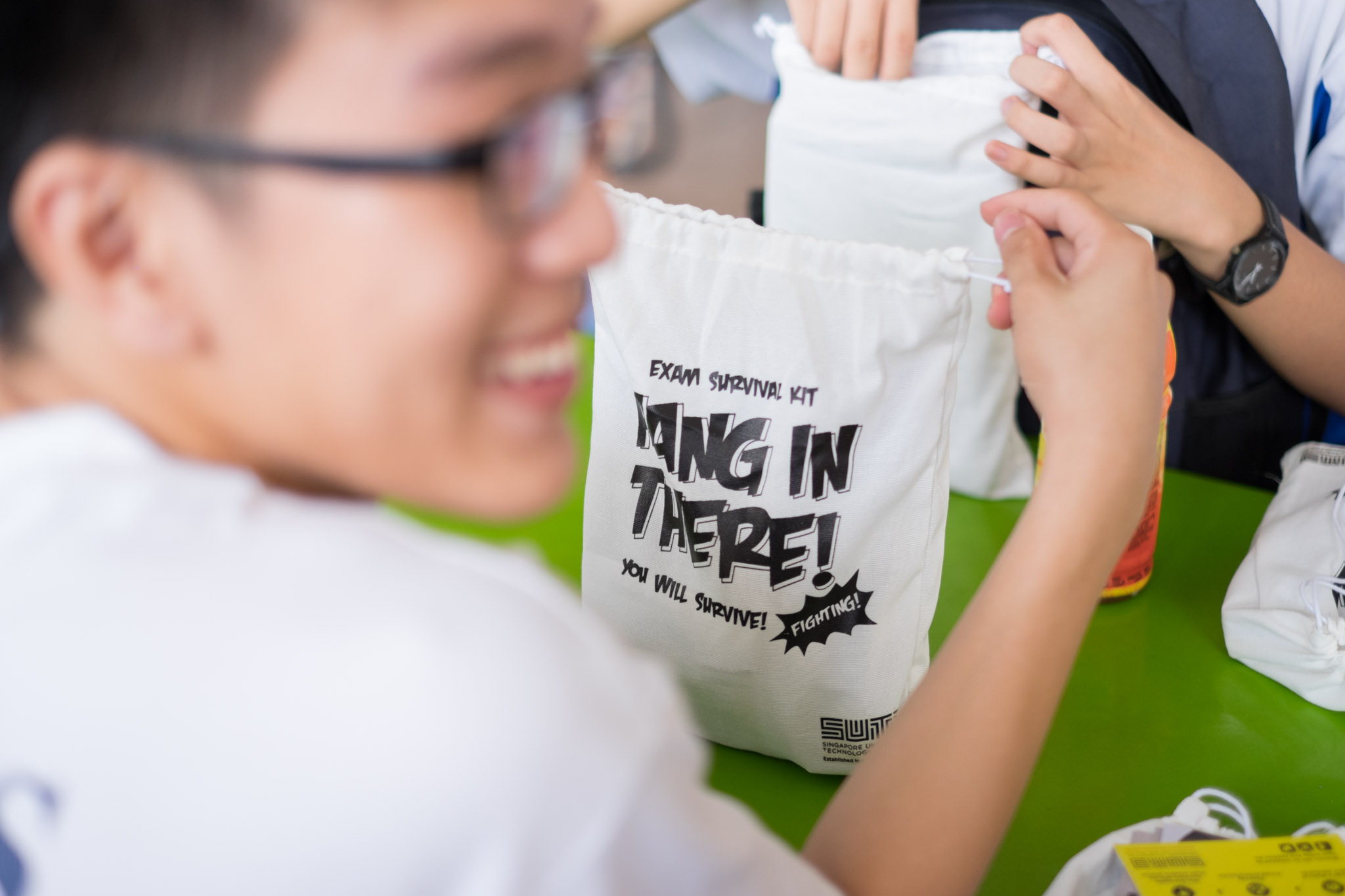 How was the SUTD brand conceived, and who has been safeguarding the essence and image of the school? We stopped by the office of Ms. Corinna Choong, SUTD’s Senior Director for Marketing and Communications, to find out her thoughts and more.

“As a design university and the 4th university, we wanted to espouse innovation and our logo is one of the key symbols. Therefore, its modern design encapsulates all our values.”

Establishing the strategic framework for SUTD’s brand positioning was the very first task that Corinna was involved in after joining the university in November 2009. She was then head-hunted from the private sector. In the brief to designer Edmund Wee of Epigram, it was emphasised that the brand should communicate a blend of western and eastern innovation cultures with the uniqueness of Singapore’s integrated approach towards innovation. The design also had to convey a sense of boldness and openness. “The logo you see today is actually iteration number 4,” laughs Corinna as she recalls working with Edmund extensively to refine the logo design.

The official logo that emerged ended up being an inspired combination of the following symbols: 1) a circuit board to represent technological innovation of knowledge 2) a square maze that alludes to practical problem-solving 3) a Chinese calligraphy script that represents artistic poetry 4) the English alphabet for the communicative power of Western language and 5) a Chinese author’s seal that guarantees personal authenticity.

Trivia: Did you know that SUTD was the first university to design canvas tote bags
as Open House souvenirs? 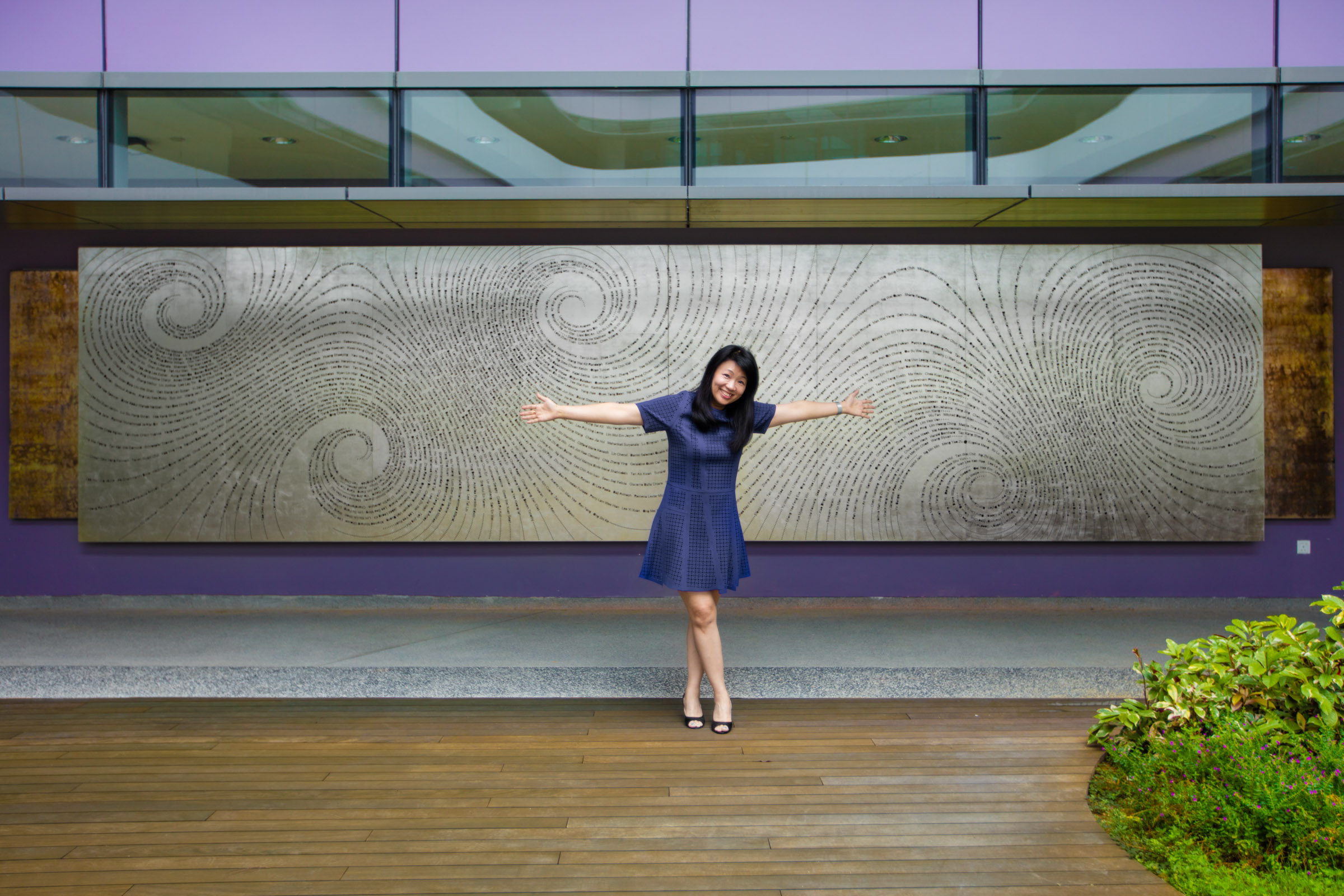 Corinna acknowledges that it gets increasingly challenging to communicate the school’s values as the student population continues to grow. The Pioneer Wall, a piece of installation art that features all 1,600 names of the SUTD community who moved into the new campus, is one prime example of how the school commemorates and celebrates its milestones. To get the 8-metre piece installed, Corinna worked closely with architecture faculty Sawako Kaijima and a traditional Japanese artist Tomoyuki Kambe to design the structure and gild it with silver foil, a signature of the invited artist. It was a massive effort that involved lots of volunteer student labour. Everyday for several weeks, students would take on 6-hour shifts applying silver foil by hand. Corinna was gratified that the initiative evoked such a strong sense of ownership and pride among the students and faculty.

Furthermore, Corinna makes the marketing team’s presence felt by personally introducing the SUTD brand and Hero Archetype at the yearly matriculation admin briefing for Freshmen students. “You know you’ve done your job well when students can point out when the brand or logo has been incorrectly applied,” she chuckles.

“My philosophy is that I don’t leave my staff hanging. I work very closely with them and they know that they will not be left high and dry. Teamwork is very important, and we really have to help each other out.” 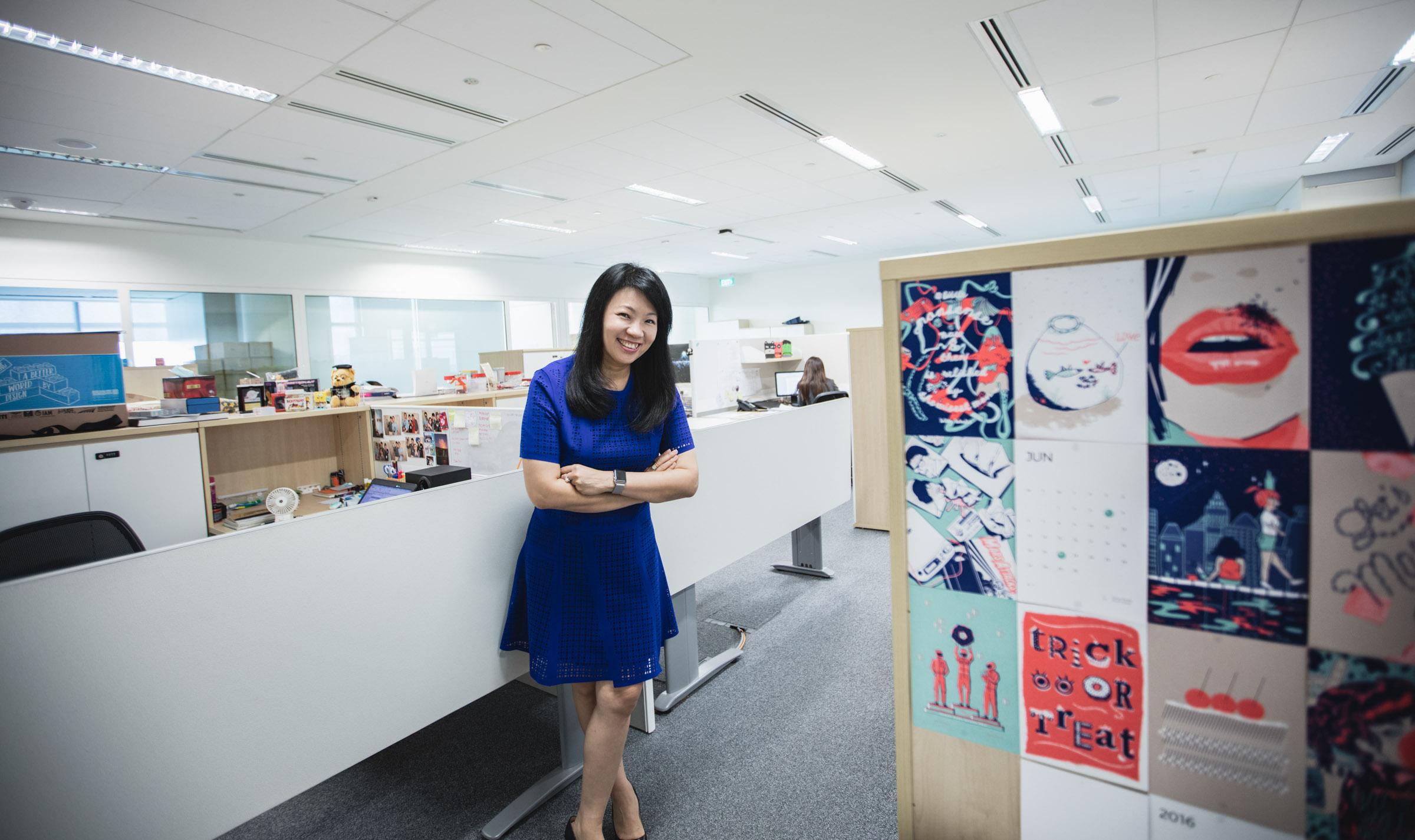 As SUTD continues to evolve and build, the Marketing team’s job will only continue to get tougher and more complex. Emphasising the tight ship that she runs, Corinna does not exempt herself from working the ground like any other team member. “Our team is very small.” She adds, “When we do large-scale events like Open House, it’s really all hands on board, including mine. We just work together and share the work and achievements.” This tight synchronicity to manage both the event at hand and its other precursor efforts extends also to other teams like the aforementioned Admissions department. 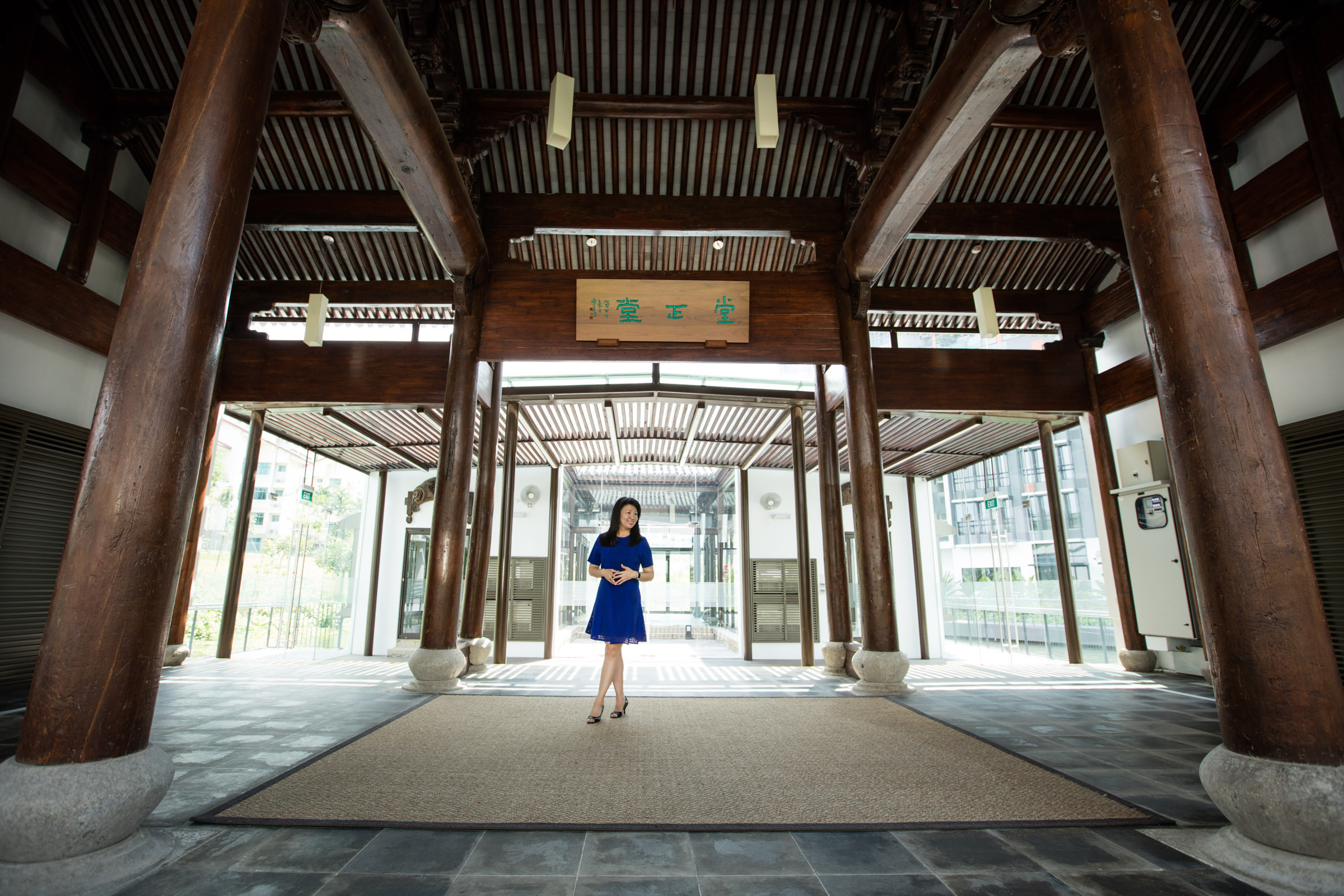 To Corinna, the biggest test and success indicator is when students who have gone through the SUTD education willingly return to be brand ambassadors of the school, and her team makes sure to continually involve alumnus as consultants or aids for Open House and other corporate events. Corinna is also extremely pleased that both parents and students of the first graduating batch are happy with the education they received, and have given a 100% positive rating for the school’s faculty. It is unsurprising that SUTD has seen families, particularly siblings of all combinations, choosing to enter the same school. With the dedicated team of faculty and staff on deck, it is undoubted that SUTD will continue to steer a culture of courage and excellence for Singapore’s future.