University student clubs aren’t typically associated with being at the forefront of innovation and technology, but at SUTD there are a few that would buck this view. We recently caught up with members of the Electric Vehicles (EV) Club and the Multi-Rotor Society (MRS) to talk about everything from fuel-efficient electric vehicles that are completely designed in-house, to autonomous drones that have professionally surveyed industrial infrastructure.

Building their own production-level car 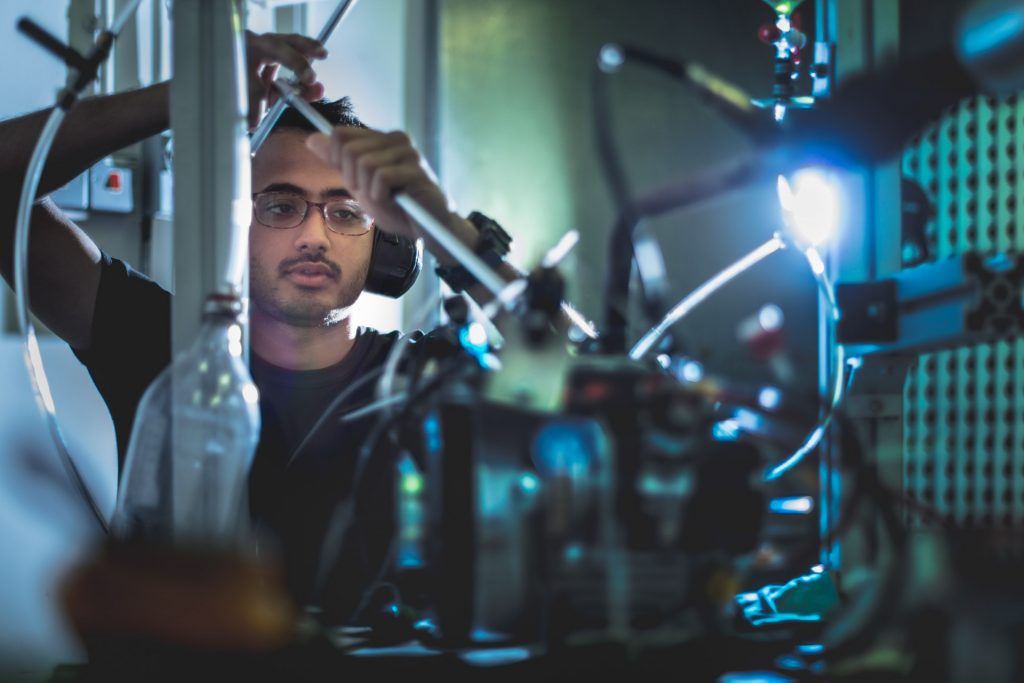 When we spoke to members of the EV Club, they were hard at work on this year’s Shell Eco Marathon Asia. Taking place from March 8-11, the competition requires teams to build their own car from scratch and judges them based on design, engineering quality as well as fuel efficiency.

The team has high hopes this year. “Serious work on the E18 (this year’s car) started in September last year, where the team set down the design and prototyping process. We’ve come a long way, with many of the subsystems built and ready for assembly.” said Charles Wong, team manager for this year’s competition.

Projects like these are special not just because they bring academic concepts taught to life, but also give the students a taste of working in and managing different people. “One of the tougher challenges is actually managing people. We all want to push hard and do well, but have to manage the workloads and stress levels,” says Charles.

Strong organizational support from the school

While sometimes people do feel out of depth, this is part of the philosophical core of SUTD. The 5th Row, as clubs at SUTD are called, gives students the opportunity to learn skills that cannot be taught in the classrooms. And the school shows their support for 5th Row clubs through several ways to help them achieve their potential.

When asked about this, Emmanuel Tang, the President of the MRS, very quickly credits their faculty mentor, “Prof Shaohui (Assistant Professor, EPD) is the reason we have achieved so much at MRS. He is not only highly knowledgeable but very easy to approach as well. He has given us not only technical advice, but also points us to the right conferences to submit our research.” One of their papers was recently accepted at ICRA, a leading robotics conference.

Charles agrees, and points out “The school provides some funding and fabrication spaces, but we also get access to experts like Zhen Hui (Senior Specialist, Mechanical), our mechanical lead. He has a lot of experiences with various parts of the car like the powertrains, and chassis design so we lean on him for a lot. We also work with Fulin (Senior Specialist, Design), who previously worked at Fiat in their design and styling team.”

A pedigree of winning drone competitions

The MRS is no stranger to winning competitions. Over the last few years, they have picked up several awards, the most recent of which was last November in Korat, Thailand for the Autonomous Aerial Vehicle Challenge. They won the best design award in the Search and Rescue UAV category.

Another key reason the club has been successful, according to Emmanuel, is that members are extremely passionate about what they do. “Several members often refuse to settle for what already works, and put in late nights just to see if they can improve on minor things. Just to see if they can make their drones slightly better. 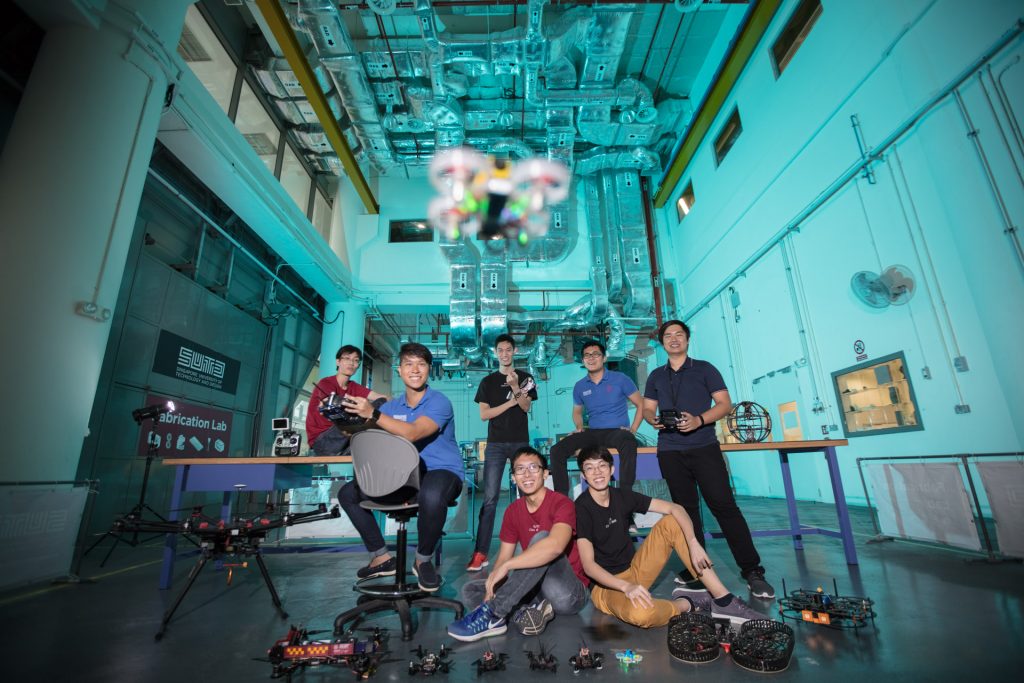 In 2016, the club also clinched the top prize at the Singapore Amazing Flying Machine Competition with their “Mothership-surrogate” design where the bigger mothership carries a smaller drone which can be launched in mid-air.

Working with the industry players and going beyond SUTD

Beyond competitions, both clubs also have done projects with different players in the industry. The EV Club recently hosted an exhibition of one of the fastest fully-electric hypercars in the word, the Dendrobium, which was built by Vanda Electrics, a Singaporean startup. As part of the partnership, they also had engineers from the team give a talk to the school and to show the club what they have done.

MRS, on the other hand, works closely with Temasek Labs, which has a facility in SUTD, on various research and projects and industry-worthy applications of that research. One of the more notable initiatives saw them use their drones to video the Singapore Botanic Gardens for the National Heritage Board. Their video was later shared by Lawrence Wong, Singapore’s Minister for National Development. Apart from that, the club has also done infrastructure inspection projects for the Land Transport Authority and Public Utilities Board.

By doing these projects, members learn from and network with professionals in the industry, opening up potential career and internship opportunities. Members from both clubs have gone on to work in companies such as DSO, and NuTonomy (company behind the autonomous driving software for Grab). Many of these companies have also expressed an interest in hiring interns and graduates that have come through the club.

Giving back through outreach program

Both clubs recognise the fortunate position they are in. Thus, many of their members are thus passionate about paying it forward and sharing their love of electric vehicles and drones. They host various outreach programmes to raise the awareness and interest in STEM. Both clubs have programmes that bring secondary school students for workshops to pick up useful engineering skills. The EV club has students turn an electric scooter into fully functioning go-karts during a three-day camp, while MRS holds multiple workshops where participants put together a small drone they get to keep.

At the JC level, the EV Club also hosts an eight-month-long workshop series that culminates in a competition during the SUTD Open House. JC students are given workshops in fundamental topics like electrical, mechanical engineering and programming and are tasked with creating an electric vehicle that competes on design and battery efficiency. This year’s edition will see 8 JCs take part in this competition on 3 March at our Open House.

“It’s really awesome to see the students only slightly younger than me learn so quickly and go from not having any prior experience, to putting together their own working electric vehicle.” Says Vishal Ramanathan, the President of EV Club.

Skills for jobs in the future economy

As if graduating from university having done all the above isn’t enough, these two clubs are also working on the next big thing – autonomy. 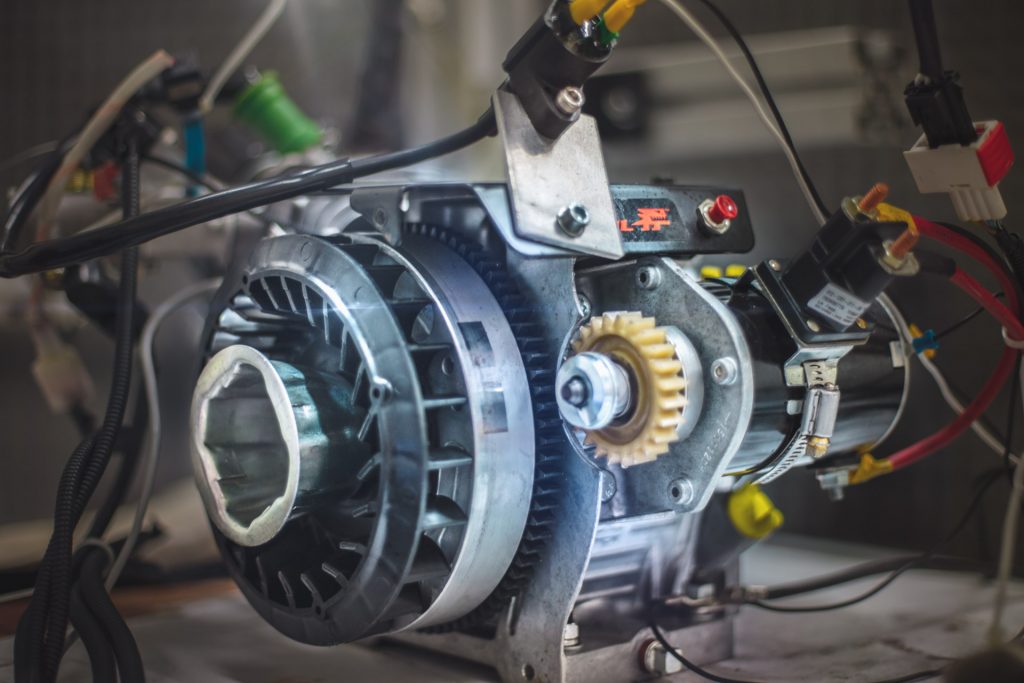 At the EV Club, they have recently started working on their experimental platform called Project Nomad and they are currently in the research phase, looking at creating a modular system that turns existing cars into autonomous vehicles with an upgrade kit.

“Autonomous vehicles have a great potential to make the roads safer, and the more data they gather, the safer it can be. The problem is that in many places, people tend to keep their cars for many years. Thus, if we can create an upgrade kit, we might be able to speed up this process.” Vishal explained when asked about their research project.

MRS is no different – they’re doing research as well, but some drone competitions have started to have categories where drones have to autonomously drop payload packages onto targets, simulating several scenarios such as disaster relief as well as drone delivery systems.

While perfecting these technologies will undoubtedly take some time, one can be sure that the skills students pick up in the 5th row will be useful and in demand in the coming years.