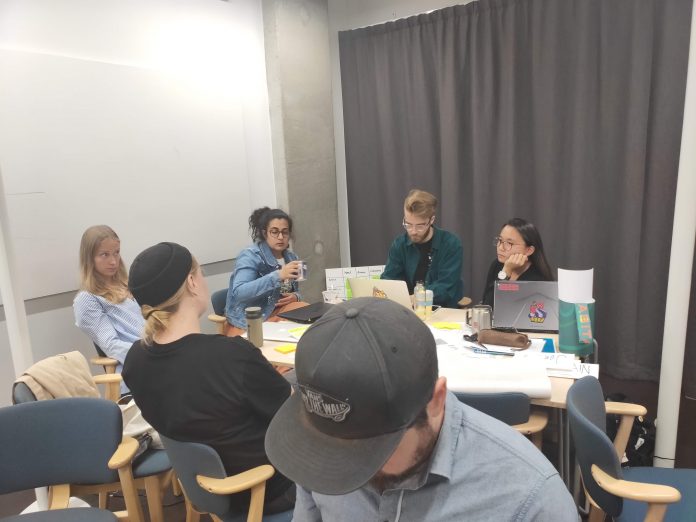 The main topic for this week was Adobe InDesign. The first lesson was just a brief introduction of what to expect for the whole week. As this is a new lecturer, some time were spent on explaining to her what are the projects and how she can help.

For the remaining lessons, we were brought to the school computer lab where we were given some crash course on how to use Adobe InDesign. Each crash course lasts for an hour to an hour and a half, while the remaining time will be given to us to put to practice the skills we have learned, with the aid of the tasks she has assigned us.

Our first assignment for the week was to create a fake advertisement. In short, the idea was simply to give us insights on how fake advertisement can be used to test value proposition in a supposedly, more visually aesthetic way. However Adobe InDesign is not a free software, and hence I doubt I will use it in the near future. Nonetheless, it was interesting to use InDesign to create posters as well as to design our reports–it does indeed improve the outlook.

Aside from all of these lessons, both of us were really excited that our families will be coming to Helsinki and thus we have been busy planning their itinerary.