Background: Losheng Sanatorium is the first leprosy hospital and public sanatorium for lepers constructed in 1930s during the Japanese colonial period in Xinzhuang District, New Taipei City. Leprosy is an infectious disease that causes severe, disfiguring skin sores and nerve damage in the arms, legs, and skin areas around the body. The disease has been around since ancient times, often surrounded by terrifying, negative stigmas and tales of leprosy patients being shunned as outcasts.

“Yeah we have some foreigners like you coming here once in a while to see the heritage here.

I am now 80 plus years old, I had to move here when I was 25. Most of my memories are forged in this old campus and I still come back very often to chat with some my old friends and relive memories. It was fun living together in the past, it was very crowded and the atmosphere was lively in the past, full of activity. We would play games together and I even came in first place for the singing competition!

I was the last batch of patients that was brought over to the sanatorium. After my batch, lepers were allowed to be treated at home, where they will deliver medication and supplies over to their places. It was a regime by the government that forced lepers to congregate here, where we would live together and get treatment.

It used to be about a thousand of us now it’s just about a hundred. Old age and death of course. 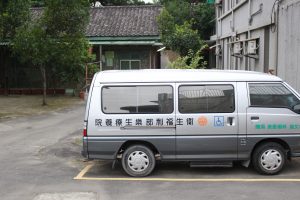 Now most of us live in the new building as it is more convenient for access to medication and facilities but some of my friends still live in the old sanatorium area because they are already so used to living there. The nurses will go there to treat them instead. There was a huge commotion a while back when the government wanted to demolish the old campus to make space for a metro depot and there were protests in Taipei. I would travel there with my friends to join the protests too.

I was from Kaohsiung and lived there before I was brought here and after I was fully treated I was allowed to go back to find my family and friends. But why would I want to stay there when most of my friends are here, most of my life I’ve spent here, and how am I going to fend for myself without limbs when I can live off government support over here. Oh and this is a dog that I took in a few years back and it is really obedient!” 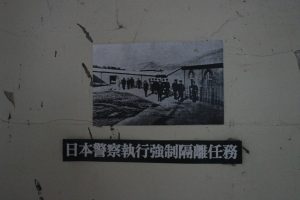 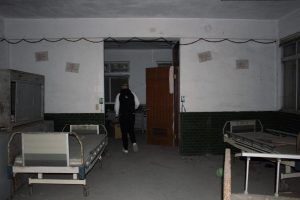 [ Wikipedia: With a force of sanitary police and medical officers; investigation, quarantine, and imprisonment of lepers was conducted thoroughly from 1934 till the end of colonial governance of Japan. As a result, Losheng Sanatorium became the institution of compulsory quarantine as well as lifelong imprisonment for thousands of leprosy patients.

After the discovery of new leprosy treatment, patients were allowed to leave Lo Sheng Sanatorium since 1954. However, many of them who had undergone chronic isolation and faced discrimination had little choice but to stay and had grown used to the settings. In 1994, the Department of Taipei Rapid Transit System (DORTS) planned to build a depot in the site where Losheng Sanatorium is. Although the government built a new hospital building nearby for settling the patients, the proposed demolition of the original compound brought a series of debates and, later, a preservation movement. ] 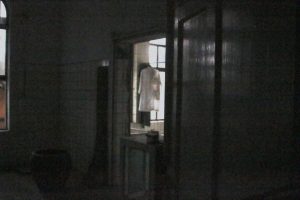 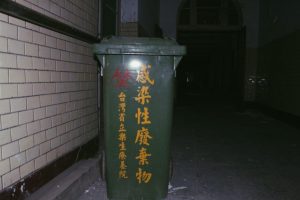 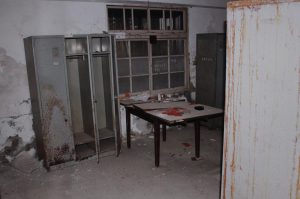 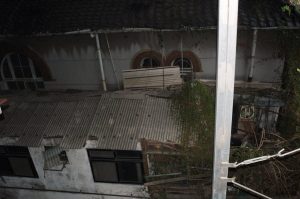 Today, the majority of the old abandoned sanatorium still stands its original place, with many equipment and documents left intact from its former days of operation. Some of the old dormitories are open to public viewing, with pamphlets and posters pasted on the walls to raise awareness on the injustice that has been done in the violation of personal freedom of the patients in the past. In the old main building, the surgery theatre, morgue, X-ray room, offices, wards, dormitories and recreational rooms are among those still easily recognizable, with some of them eerily lacking the signs of its many uninhabited years.